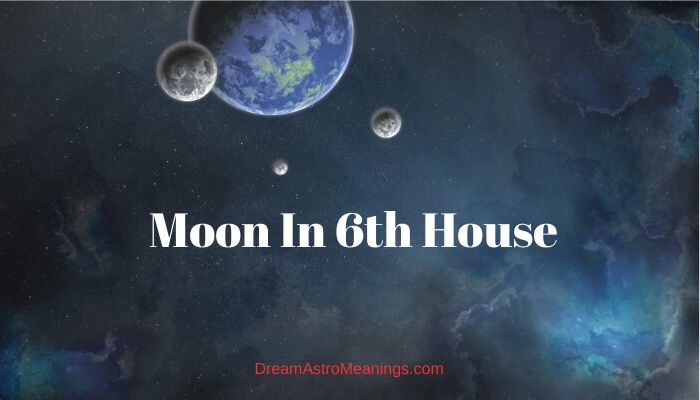 Since long time ago, people wondered how they could decipher and determine the meaning and influence of the planets and the stars on human life and life on our planet.

As a result of their observations and gathered knowledge, they created a study whose predominant subject was to discover planetary influence on all life.

Even though it is not known to many, astrology is able to give answers to many different questions regarding people’s individual traits, events, relationships and other matters.

The natal chart is the starting point of an astrology analysis. This chart shows the positions of the planets in the sky at a certain moment of time. They are usually made for the moment of someone’s birth.

The natal chart consists of 12 houses which all have specific meanings and areas of rulership.

The most important are the houses where the planets are placed. In synastry, which is an astrology technique for analyzing relationships between people, the planets of one person are placed in the chart of the other to see the manner this person influences the person who owns the natal chart.

The houses where one partner’s planets are placed show which areas of life are likely to be affected and in focus by their relationship.

The houses in the natal charts have different areas of rulership; they rule our personality, appearance, and health, our surroundings, house, neighbors, education, social life and friends, travel, family members, parents, siblings, and our children, as well as other life matters.

The beginning of the first house is the Ascendant, and this point and the sign on the top is very important for determining someone’s personal appearance and public behavior.

The Moon is the most visible night astronomical object; it is not a planet, but a satellite. This object is the natural satellite of our planet. It circles it during a time span of 27.5 days.

The origin of the Moon cannot be 100% confirmed, but it is generally believed that it formed from leftover debris, a result of a collision between the Earth and an asteroid which happened around 4.5 billion years ago.

Regardless of that, the Moon’s importance for our life on this planet cannot be denied. In astrology, it is the ruler of Cancer; it is in detriment in Capricorn and in fall in Scorpio; Taurus is the Moon’s sign of exaltation.

The Moon is the ruler of our feelings and emotions, our subconscious content, sensitivity, intuition, memories, inner being, etc. Because of this, people influenced by the Moon tend to be very sensitive and easily hurt.

They can also possess traits such as neediness and demanding behavior. They can change their moods quickly, sometimes without a reason.

These people are often shy and not very sociable. They prefer the company of their close friends and family in the comfort of their home. They are usually home types.

For some of these people letting go of the past could be the hardest thing they could experience.

They are prone to clinging on to past hurts and hurtful memories and feelings of resentment and sorrow for a long time without realizing the damaging effects their behavior has on their lives.

The sixth house is a mutable and cadent house; it is mostly related to issues with health, service, work, daily routine, responsibilities, hygiene, pets, etc. This is the house of the planet Mercury and the sign Virgo. This house reveals our health routines, sleeping habits, level of discipline, patience, etc.

The planets placed in the sixth house can reveal more about the person’s approach to the matters ruled by this house. The planets could make the person into someone overly concerned with their health and healthy diet, working out to stay in shape, become consumed with work, etc.

The sixth house is considered the house of routine jobs we do every day, and that includes our work. This house describes our work atmosphere, relationships with the coworkers, as well as our employees, the services we provide, voluntary work, etc.

The condition of our health can be seen through this house. If there are malefic planets placed in this house, this might in some cases be a reason for worries. This might negatively affect the person’s health as well as their work.

Because the sixth is the house of services we do to others, when there are a lot of planets inside, this could indicate the need this person has for serving and helping others, especially in the health field. Many medical workers and nurses have their sixth house full of planets.

People with planets in the sixth house often own pets which have a healing role in their life.

Because the sixth house is the house of our health and wellbeing, the person with a Moon in their sixth house might be intuitively aware of the state of their health.

They also intuitively feel what are the necessary steps and actions they need to take to improve their health and overall wellbeing. They sense intuitively what messages their body is sending to them.

The position of the Moon in sixth house will certainly influence the areas of health and work. These people have a helpful and caring nature, focused on helping others. This is often a situation where the person chooses a profession where they could help others.

People with this placement of their Moon often work in healthcare, taking care of other people’s health in some way. These people are usually followers rather than leaders. They often choose a profession where they serve others or are of some kind of service to them.

In many cases, this indicates that the person will somehow be focused on health more than others, whether it is their own health, their family members’ health (especially their mother’s) or the health of people in general.

Oftentimes these people experience some issues with their health which is in the center of their attention and often their worries.

These people are prone to illnesses which are a result of their emotional nature and tendency to worry and stress too much.

As we mentioned, the Moon in 6th house can be a sign of preoccupation with some other person’s health; because the Moon rules the women in our lives, especially our mother, the preoccupation could be with the health issues of some important woman in our life.

It is also possible for the person to suffer from some hereditary illnesses coming from the mother’s family side.

These people often look for security in their work because they attach their emotional safety with the safety at work, secured pay and regular income. If they don’t have that or if they happen to lose it, this could be the cause of major stress and anxiety for these people.

Unfortunately, these people might experience frequent changes in their work life and changing jobs often, which undermines their sense of stability.

People with Moon in sixth house usually lack the initiative to start some business of their own and prefer to work for someone rather than to be a business owner. They usually don’t prefer leadership positions although if there some other stronger indications of leadership skills in their charts, this doesn’t have to be the case.

These people usually prefer to have an organized work environment and a boss which gives clear instructions to them. If the Moon is afflicted, they might often experience issues with their boss who is not precise and clear about their work instructions; this is often a cause of stress and anxiety for the person.

Because work is very important to them, and they feel emotional attachment to their work where they are willing to put in the most efforts, the fact that they are undervalued and unappreciated by their boss and coworkers could make their feelings hurt and fill them with resentment.

People with Moon in 6th house often don’t get paid as much as they deserve. They are often insulted and hurt by seeing the injustice being done at their workplace where they see others getting the promotions and pay raise while they remain at the same positions with the same salary for a long time, sometimes throughout their entire career.

They believe that others should notice and value their work efforts and achievements and reward them for that; they consider beneath their dignity to ask for a promotion or a raise, and they let time go by, while nothing is changing.

These people can often do humanitarian and voluntary work without any material reward doing it for the pleasure and satisfaction of helping others. they often experience a family atmosphere at work, beginning to treat their coworkers as family members.

These people often have pets they are emotionally much attached to.

The position of one person’s Moon in another person’s sixth house could imply that the Moon person has some responsibilities towards the sixth house person.

The Moon person might be called to help the sixth house person to deal with some difficult choirs and responsibilities, as well as service they need to perform.

The sixth house person should be careful not to allow the Moon person fill her with anxiety and concern regarding her health or her work.

The Moon in sixth house in individual charts is an indication of a person who is strongly emotionally attached to their work and devotes a lot of their life to their work obligations.

These people love serving others and they choose professions where they can express this love.

They are often providing health services. They often experience issues with their health which is a cause of stress and anxiety for them. There are likely changes in circumstances regarding their health and work.

The Moon in 6th house in synastry usually creates a relationship where the Moon person is concerned for the sixths house person wellbeing and health, and is somehow helping the sixth house person improve it.