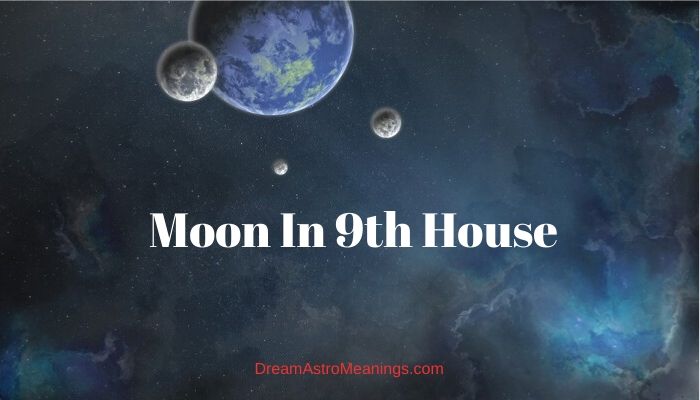 Astrology can be used to discover answers to many different questions.

It can give us answers about someone’s personality, their ideals, preferences, interests, and focus in life; it can also be used to determine outcomes of different situations; even the potential and lasting power of relationships, and many more.

The beginning of every astrology analysis is creating a birth chart; this is a chart of the sky at a certain moment. The most common analysis is of birth charts of individuals, determining their personality and possible life events.

The placements of the planets in a birth chart can give us insight about the most important areas in some person’s life, where likely most of their attention and actions will be focused.

Houses containing planets show which areas are considered most important. These areas will be under the influence of the planets placed inside them.

Besides analysis of individual charts, astrology can make a comparative analysis of two birth charts to determine the nature of a certain relationship between two people. This is done through synastry analysis, which is an astrology technique for analyzing relationships.

When it comes to houses in synastry, the most important houses are the ones where the other person’s planets fall in. These houses reveal which areas of life are most likely affected by the relationship.

There are 12 houses in the birth chart; each with different areas it covers. Houses from 1 to 6 are personal and houses from 7 to 12 are interpersonal houses.

Another division of houses in the birth chart is on angular (cardinal), succedent (fixed) and cadent (mutable).

The Moon has great importance for our life on Earth. This astronomical body is a satellite of the planet Earth.

This body was formed when the Earth collided with some asteroid; that happened around 4.5 billion years ago. The debris left over after that collision was the building material for the Moon.

Some people don’t believe in this story of Moon’s formation and in fact believe that the Moon is artificial and created by aliens.

Regardless of how it was formed, the Moon’s importance should not be neglected and underestimated. The Moon circles around the Earth in 27.5 days crossing all 12 signs. It is the brightest object on the night sky.

The Moon rules Cancer, it is exalted in Taurus, its fall is in Scorpio and its detriment is in Capricorn. The Moon rules our inner being and intuition, our subconscious mind, emotions and feelings.

It is also the ruler of our memories, femininity, women in our life, our mother, and motherly instincts.

People influenced by the Moon are easily hurt and very emotional. They tend to be shy and secretive about their emotions, opening up only to the ones they care about. They are not very sociable and prefer to spend their time at home with family and friends.

They take their time getting to know people before inviting them into their home, which is a special place for them. They also have a strong connection to their mothers and strong motherly instincts.

Many of these people tend to hold on to their past and hurtful memories, refusing to let them go, ending up only hurting themselves more. Their behavior often prevents them from moving on with their lives keeping them in the past. They often cling to their resentments refusing to forgive the ones who hurt them.

These people have a nurturing nature and enjoy taking care of the people they love. These people often express traits such as neediness and clingy behavior which irritates some people. They can be moody and demanding, and often very possessive.

The Moon’s placement in the birth chart shows our relationship to our home; it also reveals the areas of life we like the most and we feel most comfortable.

The ninth house reveals our interest in the areas it rules; if there are planets inside, they could give more insight about that.

A person who has a lot of planets in the ninth house will certainly be interested in the areas like religion, distant travel, writing, justice, law, philosophy and higher education, especially if the personal planets like the Moon, Sun, Mercury, Venus or Mars are placed there.

The ninth house stimulates the person’s desire for gaining knowledge and higher education. These people have a strong desire to unveil the universal secrets.

This is also the house of spirituality and people with planets inside are usually very spiritual beings. They are often very religious as well and tend to develop their own concepts of religiousness.

The ninth house is the house ruled by the planet Jupiter and corresponds to the sign Sagittarius.

The Moon in 9th house can make the person’s emotional security be dependent on their understanding of things.

These people can possess strong intuition. They are creative and often express their thoughts and creativity through writing. Their vivid imagination makes them great writers of fiction. They are very righteous and often work in the legal system fighting for the rights of people.

Most of these people possess higher education and tend to learn and improve their knowledge throughout their lives.

Because the position of the Moon shows where the person feels most comfortable, with their Moon in ninth house they feel most comfortable when traveling and learning; many of them find their satisfaction in writing their thoughts and knowledge down.

They often have a deep thinking process and understanding of the world around them.

These people usually don’t waste their time on shallow and meaningless conversations. Many of them can be very religious.

The best self-care and nurture for these people is nurturing their intellect. These people are happiest when they explore and learn something new, as well as when they have new enriching experiences during their distant journeys.

They love meeting new people and people from different cultures and experiencing the diversity first hand.

This position of the Moon is often an indication that the person might relocate to a different country, sometimes far away from their place of birth. Traveling is one of their main satisfactions and pleasures in life. It is easy for them to communicate with strangers and merge in different cultures.

These people often have a talent for foreign languages, especially if the Moon makes a beneficial aspect with Mercury in their birth chart.

If the Moon is afflicted in their chart, the person might be prone to escaping from dealing with their problems by traveling frequently and not spending much time at home. This could also be a sign of changing countries of residence frequently.

These people are emotional about their knowledge and studies. They might get stressed out over their exams and studies because their emotional security might be closely related to the level of education they have achieved. They might have various fields of interests and feel overwhelmed with the amount of information they possess.

Even though many of these people enjoy spending their time at home, where they usually do some of their favorite activities (reading, writing, daydreaming and planning their next trip, preparing their exams, contemplating about universal truths, etc.) these people love to be on the go as much as possible.

Staying home for long is suffocating them and they don’t ever want to feel suffocated.

Men, but also women with the Moon in 9th house tend to form relationships with partners from different countries and cultures, and even different religious backgrounds. They often form long-distance relationships which are prone to fading through time due to lack of contact.

This position of the Moon makes people adventurous and eager to explore far-away places where not many people have been. These people are talented story tellers but also story writers.

People enjoy listening to their talks although they can often be too broad in their talk.

These people might experience the most important events in their lives during their travels and in a far-away country.

When someone has their Moon in ninth house, that person’s Mother is usually very educated and has the same eagerness for gaining knowledge.

When one person’s Moon is in the 9th house of the other person, this usually indicates the Moon person admiring the ninth house person’s way of thinking, as well as their amount of knowledge and education. He might also admire their philosophy and way of looking at things.

The Moon person usually feels the ninth person will help them understand some truths as well as to expand and change their perception of things.

The Moon person might be the encouragement force supporting the ninth house person in their learning endeavors. They might also experience wonderful adventures together while traveling to distant countries and meeting people from different cultures.

They are both open to accepting each other’s differences and inspire each other’s spiritual growth through their partnership.

The 9th house person appreciates the Moon’s person admiration and expresses her gratitude. They enjoy being supported and encouraged by the Moon person which inspires them to make greater achievements.

These two might share same opinions about many things and that can bring them closer together. They also have a lot of shared interests they can talk about, so their relationship never becomes stale and boring.

The Moon in ninth house in synastry is often a sign of a long-distance relationship, where the Moon partner and the ninth house partner live in different countries.

The Moon in ninth house in individual charts describes the person with this position as someone who is very interested in expanding their knowledge and learning new things throughout their life.

This person can be an excellent writer or lawyer and this is often their profession of choice. They might be into publishing business, writing books to publish them, or publishing other people’s books to make a living.

They are righteous and truth-seekers, which is why they are often doing some justice and law related work. They love traveling and that is one of their greatest passions. These people are frequent travelers and often end up living abroad.

The Moon in 9th house in synastry usually describes a couple who gets along well, and shares a lot of common interests. They admire each other, and especially the Moon person tends to admire the ninth house person and their way of thinking.

They are a great support to each other. They often travel together and this position is often found between birth charts of long-distance partners.