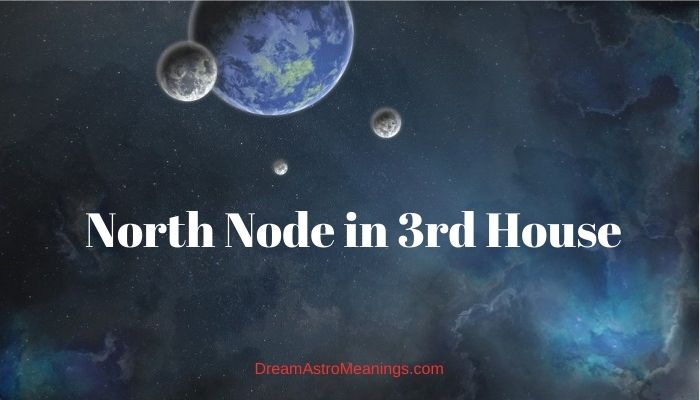 You need to make your need for freedom coexist with the need to interact with others. It is necessary to translate personal knowledge into a language that others can understand in order to integrate into society.

The ascent is achieved by learning from others and above all without considering one’s personal opinions as the only valid ones.

The strength of personal life and the development of a solid foundation in the world will depend mainly on a strong ability to think concretely and fully evaluate situations and also on the ability to clearly formulate principles of action and methods to establish relationships between facts.

The line of least resistance, however, may be a tendency to take refuge in the grand concepts and theories of House IX, or to follow metaphysical, religious and social ideologies.

The charm of the mystical and the exotic should be balanced by an acute intellectual vision of what is really involved in the great flights of the imagination.

However, such a person may discover that his destiny is to be a leader at the level of philosophical-religious and socio-political interests.

The meaning of the Lunar Nodes in Hindu astrology is quite different from the Western system although in certain situations it may seem similar: the lunar nodes are generally considered the most evil forces of the astral chart.

The bearer of karma is the North Node (Rahu); this is a signifier of an individual and family destiny as it is the result not only of personal past lives but also of ancestors.

On the other hand, in the South Node (Kethu) lies the possibility of redeeming oneself and one’s descendants by canceling karma and thus transforming the future destiny of the individual and the family.

As you can see, and as you can see from other references to the most ancient Indian texts, despite the evil characteristics that are assigned to the South Node, it is precisely to the latter that Moksha is attributed.

In the West, on the other hand, starting from Rudhyar, a jovial meaning of expansion and expansion has been attributed to the North Node, and to the South a Saturnian meaning of attachment and defense; therefore we see in the latter the indication of our personal karma and in the North Node the evolutionary path to be achieved.

A very interesting diversity of interpretation was proposed a few years ago by M. Carla Canta according to which we should consider the Primary Node that precedes the Moon in our birth chart (regardless of whether it is North or South) since it is the one that was formed just before our birth and therefore would tell us from what level of experience we begin our life.

The other node, called Secondary, would show us the way for further evolution. From leading a life that relies on using the skills we already possess to protect ourselves from risk, the South Node position, to leading a life full of meaning and open to new experiences, which accepts to develop one’s talents, new awareness and capacity, position of the North Node, there is a notable difference.

The axis of the Nodes occupies two opposite signs for about a year and five months; all those born in that period have the Nodes in the same signs.

Therefore the positions in the houses, which depend on the time of birth, add a more personal “note”. In summary, what we should aspire to is the process of integration of both extremes of the axis of the Nodes.

Personality is not built with the South Node, while the position of the North Node in a particular zodiac sign will show us which type of life energy can be used most fruitfully in the construction of one’s personality.

The position of the lunar nodes in the houses is generally more significant than their positions in the zodiac signs, because the houses represent the basic fields of experience.

The House in which the North Node is located indicates the type of experiences that involve to the greatest extent a personal exercise, however, the House in which the South Node is located refers to a type of experience that can be taken for granted. In the astral theme, the Nodes have great importance: their meaning is very profound and concerns the existential evolution of the individual.

The two nodes act as “poles” of attraction for the subject, they are the extremes of his evolutionary path; the South Node represents the starting point, the North Node the point of arrival of this journey, which is not necessarily always possible (or even desired) to go through.

The South Node represents the most instinctive, spontaneous and easy to follow way of being, of acting, of realizing oneself; it is a symbolically crossed goal which, precisely because of its “already acquired” characteristics, is more convenient to maintain because it creates fewer problems or, rather, poses fewer existential questions.

They represent karma in relationships. In the south knot emphasis was placed on the growth of previous lives, if he has dedicated so much time to the development of the wisdom that he has lost to enjoy relationships with others.

In today’s life it is linked to a feeling of freedom, he is always looking but does not really know what he is looking for. You must learn to interact with others, to place yourself in the exact place among the people around you.

Constantly if it puts you to test the ways it relates to others. In current relationships despite putting all his knowledge, which comes from previous lives, he does not find his space and it is the same people who help him to obtain concrete communication.

If you are worried about not losing what you want to lose, you don’t want to lose your freedom, when you risk losing it it will be prepared to receive your reward. The formal education in through the lecture and the concrete study is the one that permits to be ordered.

In the marriage this position causes serious inconveniences since the individual takes care of seeking relationships after the marriage. It holds enlarged goals but must unify on energy, because due to the characteristic of moving, it tends to leave things loose.

It always has an answer for everyone who needs it, with this it fills their movement needs without knowing how important it is for the same spread of information. He is very nervous but in turn holds a full and interesting life, he uses all the acquired information to communicate it to others.

As always he lives in motion and acquiring information never from a final conclusion because for him it could be premature since he knows that there is always new information.

If it presents as a charlatan because he usually talks superficially, but always leaves hidden messages, since all his words are important.

The South Node also implies all the limits of this situation: the maintenance of habits and life patterns that are comfortable, as they are a simple result of instinct.

The North Node, on the other hand, represents the new goal to which the individual can aspire, which can be achieved to realize more deeply their potential; it must be discovered through the awareness of the limits inherent in the pre-existing situation (i.e. the South Node) and can be reached with an initial effort to give up one’s own comfortable schemes or.

better said, with an awareness of the deeper meaning of one’s existence. Using other words, we could say that the South Node is the symbol of the “past” of the individual: a door already open to a “room” in which the actions already performed, habits already taken unconsciously or, if we believe in reincarnation, in previous lives.

The North Node, on the other hand, represents the possible future: not a future ready for use, but to be reached with the awareness that leads to personal progress; a door to open to take a new existential path, a new vision of life.

The position of the Nodes in the signs and in the Houses is very important. The axis of signs occupied by the Nodes indicates the “obligatory” path that the individual must follow if he wants to evolve; the position in the houses, on the other hand, personalizes the work indicated by the signs, providing the exact perception of the path to follow.

One is a support to the other and only through their synergy can the person complete that program suitable for overcoming the karma accumulated in past existences. Let’s now see the meaning of the Nodes in the Signs and Houses.

It indicates relationships with the natural social environment: brothers, sisters, cousins, neighbors, colleagues, fellow citizens, compatriots and the ability to express themselves with words and writings and to communicate quickly (correspondence, journalism, telephone, radio, telegraph) and to move (means of transport).

It represents the degree of superficial sociability that allows insertion into the surrounding environment and the ability to take advantage of contingent situations to one’s advantage and to adapt to the social group and the fashions of the moment.

Indicates the limited horizon of the immediate and mental activity on a daily level (nonfiction, criticism, writings for cinema and television, photography, directing, reportage, radio, documentary and press-agent activities) in opposition to Casa IX which represents the ability to detach from the surrounding in a moral and intellectual sense.

The main meaning of the House is the intelligence that is judged by the master of the III, by the planets present in the field, by Mercury and by the Gemini who are co-significant of the House.

The development potential goes in the direction of communication and physical and mental flexibility. This vitality cannot thrive in stuck prejudice.

The person who has learned to search without looking will not have to fear personal insignificance. He finds a lot of fulfillment in what is close at hand, even if it has no seriousness of meaning.

Do you feel like you have to say something important? Do you want to convert people to the correct point of view?

Then you will have broken dogmatic thought patterns. If you look at the different points of view, you will find that many of them are correct, even if they do not come to the same conclusion.

You can develop if you make yourself strong for physical and mental flexibility. If you open up to things in this way, others will be happy to hear your living thoughts and you will see that communication gets you further, even when conclusive truths are not obtained. Life is a process, development, presence.

Your search for insights can turn you into a traveler who never arrives and looks over and over again, in the distance, just not where you are, you think you will find answers.

So you get bogged down and then get anywhere but nowhere.

You will not bring your true potential to blossom if you think knowledge is something that is withheld from a spiritual elite.

If you manage to pass on your truth in such a way that all people understand it, then you have arrived in the real world. If you have found what you are looking for in what can be directly experienced, then your potential blossoms.

On this way you will encounter highlights everywhere, without looking for them.