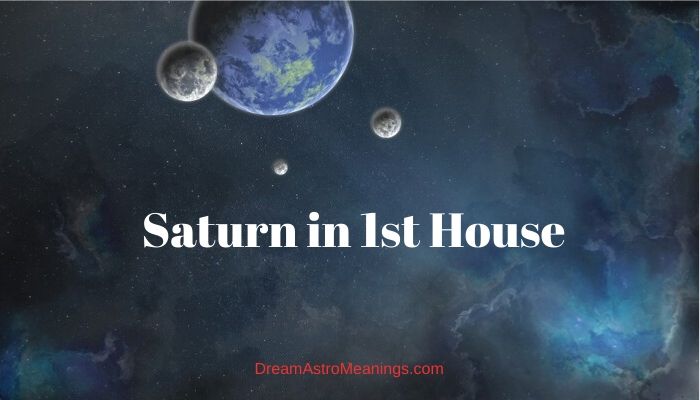 Astrological houses reveal information on the experience related to specific areas of life. Houses are twelve fields, each representing a segment of life.

Houses alone do not tell much, but the planets inside them make the story more complex and more interesting.

People usually look into houses in order to find out which area of life would be in focus and when.

Through houses, we learn about our personal experience regarding different segments of life.

The First House in Astrology

The First House is, according to many authors, the most important astrological house.

The first astrological field is the house of identity, Ego, attitude towards life, one’s principles and values, one’s self-presentation, the attitude towards others people, personal strength, personal will and even physical appearance.

The First House is an angular house, a Fire one and analog with Aries.

The first field defines one’s identity. If a native has more planets inside this field, it is likely that such a person would become an enthusiastic, dynamic, self-confident, a charismatic and brave individual, one who takes the initiative and is perfectly capable of leading others.

This house tells much about native’s energy, ambitions and motivation.

One should always bear in mind that an isolated combination does not reveal everything about the native’s destiny.

Saturn was an interesting deity to look into, especially because there are many differences between Roman Saturn and Greek Cronus. They myth of Cronus was adapted for Latin literature and sources; the role of the titan Cronus in genealogy of gods was assimilated to Roman tradition and mythology.

There were various conceptions of Saturn and we will focus on Roman myths and cult. Evidence of Cronus rites and cults are scarce.

Unlike Cronus in Greece, Saturn was worshipped in Rome. In fact, the years of his mythical reign was considered a golden age. Saturn was an old Italic deity, worshipped primarily as a god of seedtime and agriculture.

Although he was identified with Cronus, the functions of Saturn in Roman tradition was much closer to those of Demeter and other deities associated with earth, agricultural works, abundance, fertility and harvest.

According to some sources, his name, Saturn, possibly originates from the term satus, which literally translates into ‘sown’.

Let us tell the myth of Saturn’s role in divine genealogy, since it could put some light on the meaning of Saturn/Cronus in astrology, as well. Saturn was one of the titans, children of Uranus, the primordial god of the sky, the personification of the sky itself.

Uranus hated his titan children and did not want to let them to come out of the womb of the Earth. However, the Earth, his wife, mother and the mother of titans, forged a plan.

Saturn was the only brave enough to make the plan come true, to overthrew and castrated his father. Saturn thus came to power, but similar destiny awaited him, so, eventually, Jupiter (we know him as Zeus in Greek mythology), brought him down.

Now, Saturn fled and settled onto Capitoline, the myth says, where he ruled over the people. He received a warm welcome from Janus, one of the oldest and the greatest gods in Rome and Latium.

There are several sources on Janus, but he is not a subject of our story.  Janus voluntarily and gladly gave over the rule over Capitoline to Saturn.

The era of his reign was, however, pleasant and was believed to be truly a golden era. There was no hunger and poverty, no wars or diseases. People lived happily, their barns were full, their lands fertile and harvests fruitful.

Moreover, Saturn has taught people how to take care of their crops, how to work the soil and everything else related to agriculture. In addition, Saturn established some of the first laws for people to live by.

Once he disappeared, Janus has built a shrine to his name and established a celebration to Saturn.

Saturn was admired and worshiped as a benevolent deity, the one who grants the joys of life, rich harvest and plentiful years. You have probably heard of Saturnalia, the festivities dedicated to Saturn.

The festivities were established by the legendary king Tullus Hostilius, marking the end of agricultural season and the beginning of a new agrarian year. Saturnalia were a joyful, fun and loud festivities, people gladly took part into.

Now, let us turn to not so charming version of Saturn, the astrological one. Attributes, functions and meanings of astrological planet Saturn resemble Cronus, rather than Roman god of agriculture, Saturn.

Saturn is one of the most notorious planets in astrology, since its functions and role are not pleasant. Saturn is the strongest malefic in astrology, the planet of poverty, illness, misery, despair, dark, gloomy, isolated places, limitations, restrictions and hardship.

As you could easily see, the planet Saturn is far from the benevolent agricultural deity and more like cruel and devouring Cronus.

Well, the role of Saturn in astrology may be hard to understand on a personal level, but it is much needed. Saturn is one of the social planets, along with Jupiter, the planet of opposite characteristics.

Social planets are about our attitude and position within the society, about social organizations, institutions and concepts.

The symbol of Saturn represents the soul trapped inside the physical body. Thus, Saturn represents boundaries, limitations, restrictions, old age, isolation and else. Saturn challenges our strengths by cruel, cold lessons. However, Saturn is the one to teach us responsibility and order.

Saturn helps us preserve values and continue tradition. Saturn does not like changes and, in its extreme, it could be bad. However, all depends on its position in an astrological chart.

While it appears Saturn is a gloomy malefic, this planet could be of great use, if only the native would accept and understand its lesson. This is not easy, it must be said.

We all like things to go smoothly and easy, but life just does not work that way.

Saturn is a karmic planet; it represents all kinds of inspection and analyses, cautiousness and order. This is the planet of discipline and perseverance.

Saturn in the First House – Saturn in 1st House

Saturn in the First House would affect the native’s personality in a characteristic way, since the first field is the defining field, in terms of one’s identity, Ego, conceptions and convictions, tendencies and attitudes, self-perception and the perception of others.

Saturn in the First House indicates a personality that takes things in life very seriously, with caution and, at times, with suspicion.

This is an observant and analytical personality; one appreciating steadiness and order in life. This is a bit heavy combination, since Saturn, the planet of restrictions and limitations, the planet who is not in favor of changes, defines the person’s identity.

While such a native tends to take life seriously, approaching different situations thoughtfully and with care, he or she could become overly cautious and insecure.

Once the native starts doubting own capabilities, it could lead into depression and the feeling of being constrained. Saturn in the First House could make interpersonal relations complicated and troublesome.

The native tends to become too serious and stiff in contact with other people, which typically comes from the fear of being hurt, emotionally.

The native does not want to let others come to close, because they could hurt their feelings. While this is a normal response in moderation, these natives build up barriers made of steel.

They are cold and distant, but they often suffer on the inside, for the same reason. They lack warmth, but are unwilling to let others in. They tend to be extremely cautious when it comes to communication and interpersonal relations in general.

As we have said, it is normal, but only up to a reasonable degree. Of course, the opposite behavior could be almost equally self-destructive.

Being too cautious, however, eventually makes you trust nobody, makes you stagnate and never get closer to another human being, which is a pity. It reflects in the social, professional, romantic and other areas of life.

If aspects it forms were favorable, the native is likely to become a very capable, ambitious, authoritarian and pragmatic. Being a bit cold and reserved could serve as an advantage. Such a native does not waste energy on worrying about what others think.

This gives the native enough space, time and energy to focus on the goals. Such a person is all set to achieve the goals and he or she would not mind what it takes.

This is not a hotheaded, rushing individual, but a great strategist, analysts and tactician. In addition, this is a person of well-established set of values, moral and orderly.

A native with well-positioned First House Saturn is an admirable and a respectable leader. This native is well-organized, disciplined and probably the most responsible individual you would ever meet.

Natives with Saturn in the First House are reliable, especially when it comes to work and projects related to professional area. This native respects deadlines; he or she efficiently fulfills tasks, does more than expected and is rewarded for the contribution.

Such a native builds a name and usually wins an impressive professional and social status.

First House Saturn native could be a person of great influence, a role model to many, especially in terms of how to climb the social and professional ladder. This is a person of great self-integrity and authority.

Others admire and respect such a native’s persistence, endurance, dedication, discipline and focus. This personality is not a warm caring nanny, but a strict, fair and just coach.

Saturn in the First House – Cautious and Reserved

Saturn in the First House could present in a different way, if aspects were unfavorable.

Being a troublesome and malefic planet in nature, this could very badly affect one’s identity, self-esteem and overall perception of the people and the attitude towards the world and life.

Saturn in the first field, if in bad aspects, indicates a native lacking self-confidence, thus being insecure and overly worried about what other people think.

Such a native tries hard to mask the own personality, wasting energy on pretending to be someone else. The native feels restricted and caged within his or hers own body and head, as if he or she cannot grow and prosper.

The problem is that such an individual is suspicious about own qualities. Instead of simply being oneself, this native tries to be someone else, someone he or she strongly believes the society expects them to be.

This leads to tension, anxiety, depression and, eventually, isolation. There could be much trouble in interpersonal relations of all sorts, from professional to romantic.

The native often has very confused feelings, being reserved on the outside, defensive and in fear of rejection. This especially takes place when it comes to romantic encounters.

It is very difficult for this native to admit he or she has fallen for someone, in fear of rejection and failure. In relationships, all the responsibility, discipline and analytical skills fail or, better to say, manifest in a wrong way.

Instead of proving individuality and strength of character, the native appears suspicious, trying to impose control that is impossible to maintain over another person and the relationship.

He or she does not appear organized and reliable, but childish, anxious, insecure and doubtful; not a solid base for any type of a relationship.

People with Saturn in the First House tend to be too cautious, too responsible and stiff, focusing on their outer image.

What is interesting is that they should try to control these; this may sound silly, since they are controlling people anyway. However, they may have been trying to control wrong things.