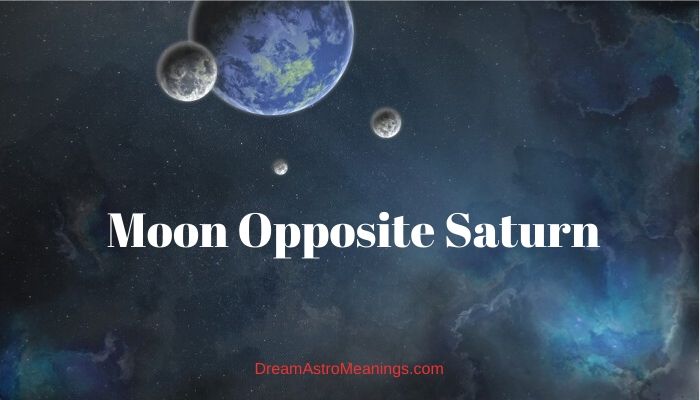 Humankind is inevitably connected with the universe. In fact, we could perhaps think of ourselves as its thinking part; we have no idea if there were other forms of life such as we are. Maybe there were even higher ones, maybe not.

In any case, cosmic forces affect our lives, one way or another. This makes for a  fantastic interplay that makes our lives so intriguing.

Since ever, humans have been in search for answers. Who we are, how we came to life and where does this universe head? What do we have to do with our time, here on earth?

No one could answer these questions, but there could be some amazing guidelines. Since ever, humans have been trying to find answers to such existential questions up in the stars.

Prehistoric societies would use starts and constellations as a navigation map, for instance. Stars guide our way. They would also observe celestial lights, their changes, changes of seasons on the earth and bring them into connection.

Moreover, some scientific discoveries suggest our far ancestors had an idea about the importance of the connection we have with the skies above.

They recorded phases of the Moon, for example. Many archaeological sites prove ancient people and those before human civilization were well aware of our connections with the universe and planets up there.

Curiously aligned temples and structures, matching Moon phases or those of the Sun, many ancient practices and ceremonies testify about it.

Astrology, as a systematized path, originates from the days of the ancient civilizations. Modern astrology is associated with ancient Persia. Ancient Babylonians have invented the first horoscope.

Greeks, Egyptians and Romans are also known to have had a profound interest into the astrological, astronomical practice. Well, astrology was quite popular back in the day.

Not only that it was popular, but it was also taken seriously. Astrology and astronomy were treated together. In the seventeenth century, however, the astrology was put aside, and the astronomy took the official place.

Astrology remained in the shadows, but this ancient ‘science of the stars’ has survived ages and ages and is still practiced nowadays.

If you expect that astrology would give you precise answers, you are wrong. Astrological answers are more of guidelines. Astrology could be considered a skill of interpreting the celestial movement and sky patterns.

The skill of the astrologer, but possibly his or her talent and passion would affect the reading, although it is always done in a professional way.

We should say a couple of words on natal astrology, as it is essential to understanding of synastry and compatibility readings as a whole.

Natal astrology is, so to say, basic of astrology. Natal chart is a personalized astrological chart, made according your date, time and place of birth. Natal chart is a diagram that represents the sky, that is, planetary positions at the time you were born.

Natal chart could tell about one’s personality traits, temperament and character, as well as about major events in that person’s life, booth past and future.

Now, natal chart does not predict all events, but it gives you an image about yourself, in the first place. Many people are not well aware of that.

Astrological chart would tell you about your weakest characteristics, fields of life that were sensitive, those you find the greatest strength within and so on. It would point out your strengths, tendencies and so on.

We talk about natal charts, because they are what makes a synastry. In comparative astrology, the astrologer analyzes relations of birth charts.

It is an amazing field of research! In synastry, one could see how planets from one chart affect those in the other chart and, moreover, what kind of new energy those create together. Individual chart and elements in them would additionally affect the connection.

All this make one relationship astrologically (and practically) unique and amazing.

Synastry could not be understood if we have no idea about astrological aspects. Well, aspects make a connection unique and intriguing. They are responsible for all the dynamics of one relationship.

What are aspects? Aspects are specific distances between planets, angles they form. There were five major aspects and six minor ones.

The most important thing to keep in mind when talking about aspects is that all of them have to play a role. They are not simply bad or good, which is what people commonly think.

A mixture of challenging and flowing aspects is what makes one relationship unique and intriguing. Of course, no one would desire too many oppositions or squares, as those could make things really tough.

Too many good aspects, without much challenge could make a relationship dull. It all depends on the case.

If there were challenging aspects in your synastry, do not freak out. They could be stimulant, not necessarily destructive. In addition, flowing aspects could soften the ‘bad’ ones. Individual charts would also affect the manifestation of one aspect of synastry.

Think of it as a wonderful romantic game. Let us now talk about the sinister aspect, the opposition.

Oppositions are not very popular, so to say. The opposition is the heaviest of aspects, the one that brings in trouble, conflict, confrontation. On an inner plan, when having oppositions in a natal chart, it makes one feel torn from within.

However, it could also be motivating, activating principle that makes you want to improve things.

Oppositions should inspire action. In synastry, oppositions could even contribute to compatibility. You know how they say that opposites attract. Well, all is beautiful in moderation.

Oppositions could really draw you closer to one another, depending on a specific situation, the whole synastry and your natal charts.

The aspect of opposition is usually blamed for the lack of normal communication on certain levels. The area of life affected by this aspect is likely to become problematic. Even if you resolve the problem, it may re occur.

Oppositions are there to challenge you, to make you act and work on them. Of course, there were oppositions that you could never get over.

However, let us not be pessimistic. If your synastry is a fine and balanced mixture of both challenging and easy aspects, things are likely to be mostly enjoyable. Your relationship is going to be dynamic.

The course and the development of a romantic relationship, through the perspective of astrology, depend on aspects, but not only on aspects as they were given.

The Moon is one of the luminary planets, besides the Sun. In astrology, the Moon is like the other side of the Sun. Both are personal planets. While the Sun represents our reason and our rational self, the Moon represents exactly the opposite, our emotional and intuitive self.

The Moon is associated with the ever-changing element of Water, with feminine principle and dreams, imagination.

The most romantic and lovely story is that of Selene, the beautiful daughter of the titan Hyperion. Selene, which means the Moon, actually, was gentle and beautiful.

Her beauty was so soft and consuming that all other starry lights would perish upon her arrival. Her brother was Helios, the sun god and her sister Eos, the dawn goddess.

The Moon has always been associated with beauty, femininity, but also with mystery, sub consciousness, everything subtle and hidden.

The Moon is the luminary planet that represents comfort, compassion, safety, home, homeland, family, motherly figure in particular. In short, the Moon represents everything that makes us feel at home, safe and secure.

The moon is gently, but moody and changeable as well. It inspires our creative and imaginative self.

The Moon makes you see and feel things that were below surface. In synastry, the Moon is very important, since it is one of the luminaries and the planet of emotions.

According to some authors, luminaries are desirable to be seen in synastry, even if not in a very pleasing aspect.

Saturn is definitely not gentle as the Moon was. Saturn is strict, cruel, cold, all about seriousness and limits. Its nature is very different and many think of Saturn as of a negative planet. True, Saturn is the most malefic planet in astrology.

Someone has to do the job no one wants. Saturn’s purpose is to teach you a lesson, though it would never be an easy one.

This is the planet of sorrow, despair and misery. Saturn is responsible for all the negative things, for illnesses, for sadness, for inhibitions. It is all about restrictions and limitations, which could be really burdening.

However, Saturn plays an important role, though we would love to avoid it. Saturn teaches you responsibility and organization.

It does not allow you to get lost and to lose your contact with the ground. Its effect could be of great use, but it would greatly depend on the aspect it is involved with. In synastry, Saturn could play both parts.

Sometimes its restrictive nature would present as useful, other times as tense and divisive.

The Moon and Saturn are planets of completely different energies. Moon opposite Saturn could be really heavy combination, since there is a bond between the two of you, a very strong one, in fact.

However, you suffer because of different emotionality, so to say. Saturn wants control and the Moon needs a safe corner. So far, it could be good.

However, Saturn wants to control everything, even Moon’s emotionality. Saturn does not have to be too strict or harsh, but, either way, he or she would try to control Moon’s emotional expression, for example. Saturn is, as we know, prone to criticism.

Slowly, more and more of it would eventually hurt the Moon person deeply.

What is more, Saturn may not try to do that intentionally, they are just like that. Saturn may as well believe that what he or she does would only contribute to stability and order, while the effect is the opposite.

On the other hand, the Moon is too sensitive, so even an advice from the Saturn’s part may be taken as harsh criticism. You are simply not tuned in.

Moon Opposite Saturn Synastry – Enter Within

Could you overcome this emotional criticism confusion? Well, yes, but it requires that each one of you turns on the inside and express their own insecurities.

The sensitive Moon would possibly find it easier to do than Saturn would, but he or she has to awaken this idea. It could also encourage Saturn to do the same, stubborn and strict as he or she was.

You may also feel afraid to do so, because you think it would make you distant. Well, you should dare try, even if it scares you.

No one wants to lose the stability here. However, if you do not curb your personal inner demons, it is likely that you would fall apart anyway.

Be kind towards yourself and try really to understand why your lover behaves the way they do.