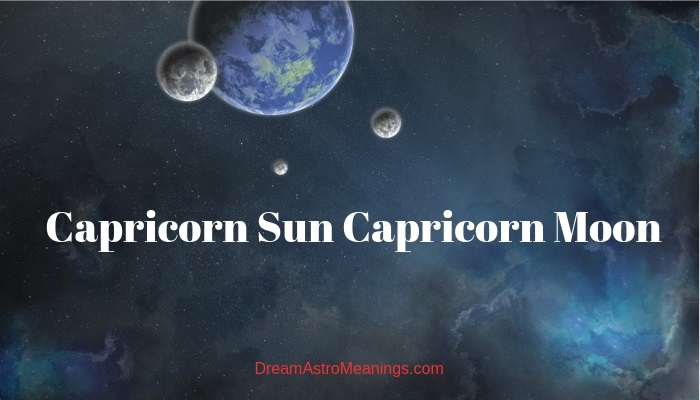 Stars are something magical to us, so distant and beautiful, as if there is some mysterious, divine force in them. Maybe there is; we still do not know for sure.

Many religious and spiritual systems identify skies, stars and planets with different mystical powers that are beyond our comprehension. The Modern, scientific world tries to figure it out by reason and logic.

The truth is, perhaps, somewhere in between. Although our rational approach certainly provides us with certain answers, we still cannot use it to understand and explain everything.

We still cannot figure out if heavenly bodies we see from Earth play a role in our individual lives; we know that at least some of them affect the life on our planet.

What about things we cannot explain? Apparently, some events in our own, intimate life seem to come out of nowhere.

We do not even understand why we feel the way we feel at times. Sometimes we cannot get a clue to why we behave in this or that manner.

There are answers that could be found in alternative approaches, such as astrology. There are things in our lives mere logic cannot explain.

Astrology is one of the oldest disciplines dedicated to understanding the world we live in and humanity, from the whole of it to each individual’s life.

It comes from the East and it was spread throughout Europe and across the Western world long time ago.

We talk in terms of Western astrology that is focused on the Solar system, so the Sun plays the central role in it.

Let us only remind you that there are other systems that are based upon the phases of the Moon, not the Solar system. In Western astrology, the Sun is the base.

Therefore, it plays the main role in an individual’s horoscope.

The Sun is the first element to study when analyzing a person’s birth chart. This birth chart represents all other planets of the Solar system, signs of the Zodiac and more.

All of these elements interfere with one another and create a complex image that is an individual birth chart.

An astrologer draws such a chart according to one’s birth time, date and place. This chart is a base for a personalized horoscope.

Okay, so the Sun is the center. It represents the essence of your personality, personal strength and basic personality traits.

The Sun stands for vitality, life energy, drive, motivation and it marks the area of life that would allow you to express your full potentials.

The Sun determines your true potentials, for the greatest part. The Sun is your conscious mind, your attitude and the point of view.

It is who you are in this world and how both you and others see yourself.

The Sun in a natal chart matches one important zodiac sign; all are important, but this one is the base, the core of your personality and we also call it the native sign.

If you have the Sun in Capricorn, then you are a native Capricorn.

It means that you share certain Capricorn characteristics with other representatives of the same sign. It does not mean you are all the same, of course.

Saturn rules this earth element sign; it is the planet of distant, cold, persistent and tough people. No one but a Capricorn is capable of enduring so much of life injustices without getting broken.

Capricorns take life seriously and with great responsibility. Some would say they are too serious; Capricorns definitely lack the very idea of what relaxation means.

They often appear somewhat pessimistic, although it is not that right, if we think more.

Capricorns are tough, ambitious and persistent, when it comes to life goals, so we cannot call them pessimistic in that sense. They believe life is hard and that no success is ever achieved without hardship, but the truth is they believe in success.

However, Capricorns laugh rarely and they appear as if they constantly expect something bad to happen without even getting upset because of it.

They are usually in leading positions; their emotional coldness and their strictness make them perfect leaders, ones who do not step back easily and who are capable of organizing others.

They feel good being in control and most Capricorns strive for some form of social recognition. They are difficult to approach and win over.

Capricorns are well aware of their strengths and weaknesses.

Contrasting, but binding, the Moon is the other side of your Sun sign. The two are inseparable and dependant one of another.

The Moon is a mysterious one, a wonderer, a traveler, a messenger from the ‘other side’.

It is closely associated with dreams and imagination. Above everything else, the Moon is about emotions. You have to agree that reason without any emotion does not worth much.

While the Sun makes us actively alive, dynamic and well aware of our intentions, strengths, ambitions and so on, the Moon is energy from background. It is needed for all of your creative potentials found in the Sun sign to develop.

The Sun is indeed a creative principle and the Moon feeds and drives it. The Moon is, however changeable, so our emotions are flowing, transforming.

It constitutes us as being made of emotions. The Moon helps us emotionally mature and it is a tricky, never-ending journey. It helps us know ourselves better.

Only the Moon can answer what it that we actually, deeply need is. The Moon is our intuitive mind, our inner guidance.

The Moon is a voice that whispers beneath the surface; a voice one should concentrate to hear.

The Moon naturally rules the sign of Cancer and greatly affects other Water element signs.

Capricorn, the strict and cold Saturn’s protégé is not a favorable place for dreamy, subtle and emotional Moon.

The Moon in Capricorn indicates a person who lacks emotional warmth and openness; they put steel walls around their castle, which is most likely located on a high mountaintop, so distant and hard to reach.

However, it has its advantages. Moon Capricorns are persistent in their goals, ideas and opinions and hardly manipulated. They cannot be easily emotionally hurt and they react reasonably in critical situations, when others get lost and chaotic.

No, a Moon Capricorn relies on their reason, organizational skill and analytical mind. He or she does not surrender to emotions, but act practically.

Moon Capricorns are so difficult to approach. They are not very sociable and friendly.

They respect traditional values, such as marriage and family. They are dutiful and responsible, with well-set rules and principles they follow.

Moon Capricorns are not very flexible and they could become incredibly stubborn. They would always do things their way, even if it leads to failure.

Their motto is endurance; Moon Capricorn firmly believe life is made out of it. There is no achievement, no progress, no success without hard work and suffering.

Moreover, it is the only thing they are kind of in peace with, so there is no trouble to surprise them.

They are reserved, very cold and not empathic people. They often cannot understand a joke, because they see no purpose in making ones.

Here we have a specific combination of double Capricorn sign, although it is not a native-ascendant combo.

However, Capricorn Sun Capricorn Moon is a combination with distinctive and overwhelming Capricorn traits.

Capricorn Sun Capricorn Moon people are Capricorns to the bone and they could take the best out of it if they recognize their own advantages, but also if they are very aware of their weaknesses.

They work on their own, but are great at organizing people. They are just and honest leaders; you cannot trick them to do anything they see unfit.

No one could every bribe a Capricorn Capricorn. This combination is almost the same as double Capricorn.

They respect tradition and see family the ultimate value. They could be authoritative, but just and honest leaders.

Their great advantage is that they do not take things too personality.

You cannot provoke them easily and Capricorn Sun Capricorn Moons do not lose head over small inconveniences.

Their cold approach to life makes them rational, calm and efficient when dealing with problems.

The bad traits for this double Capricorn are rather predictable. All of their traits easily cross the line and become over emphasized.

They could become cruel, merciless and controlling, although they rarely have any bad intention towards other.

They could be too strict, inflexible, unwilling to change their attitude, even if they see it brings them nothing good. They could become manipulative and unbelievably stubborn.

Long story short, Capricorn Sun Capricorn Moon believes in the institution of marriage and sees family as the ultimate value and often a goal.

They see marriage as a duty, although of course they can fall in love.

However, they think to get married is something that has to be done, sooner or later. They are ‘traditional’ lovers, to say so, and extremely loyal.

The best match for a double Capricorn of the sort is someone who really understands that they are normally not very emotional and empathic people.

It has to be someone who gets along with his or her cold approach and who can recognize feelings in their ‘technical’ behavior.

It would be the best if their partner gets it all, but is still warmer and softer than they are.

Capricorn Sun Capricorn Moon people are reliable and fully to be trusted, but not compassionate.

They are supportive, but do not expect comforting words or warm hugs from them.

They are patient and organized. They would first think about things and then act.

Once they have decided something, nothing could stop them until their reach their goals.

There is no place for romance and dreams in the world of one Capricorn Sun Capricorn Moon.