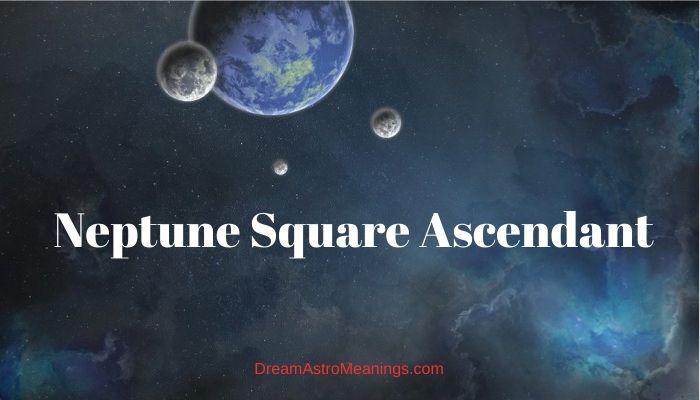 Embarrassment and shyness, as well as excessive subjectivity in assessments, interfere with relationships and business.

Such people are always, as it were, absent and prefer to soar in the clouds of the world of their own fantasy.

Either they become victims of deception, or they themselves turn out to be unreliable and unfaithful in marriage and cooperation. This is a creative, inspirational and inspiring person, however, to realize the abilities, a lot of work is needed.

Such a person needs to learn to be direct and open, avoiding uncertainty and manipulation. When he is spontaneous, people readily listen to him, as they admire his way of communication and inspired attitude.

If he unleashes his imagination without restraint and exaggerates everything, then relations with others may be disrupted, since people will stop believing his tales.

Beware of drugs and alcohol. Such a person is difficult to tolerate poisoning, since he overly succumbs to the influence of substances alien to the body. (Neptune squared Ascendant). Many try to deceive and seduce him, so he should learn not to take other people’s problems to heart.

He feels a deep need to be needed by someone, and therefore is an easy prey for those who are looking for “scapegoats” on which to throw their problems. You must try not to become a victim yourself, but at the same time not to make others victims.

Bias and subjectivity in relationships, give the impression of absent, prefer their own fantasy world. Unreliable and unfaithful in marriage and friendship, or the victims of deception themselves.

You are not going to deceive or be irresponsible, but it often happens. As a result, you attract people who have the same traits. Be more mindful of what you say and what you do. Cultivate honesty. Don’t take criticism personally. Subjectivity, confusion of relations: they produce an “absent” impression.

They prefer to be in the world of their own fantasies. Unreliable and unfaithful in marriage and friendship. Often they themselves become victims of infidelity and deception.

This planet in the cosmogram of women speaks of the level of development of intuition, the ability to perceive the world around us, to let what is happening through oneself. A developed planet indicates extraordinary creativity, the ability to create a new trend in art or gain fame.

However, Neptune also provokes the development of obsessions, fears, even panic attacks. The sensual world of such people is constantly in an agitated state, hence the periodic depression and a tendency to tantrums. Although developed intuition sometimes, in this way, protects its owner from much greater problems.

A planet in a strong position allows women to perceive the beauty of the world around them, enjoy nature, and immerse themselves in their spiritual world. If Neptune is weak, then it may be difficult to understand your own feelings.

In the individual horoscope of men, the planet is responsible for imagination, creativity, intuition. People with a strong planetary position, thanks to their abilities, can get out of difficult situations in extraordinary ways.

They often succeed in their chosen field of activity, but they can be too receptive and expressive, which sometimes interferes with the work process.

The strong position of the planet contributes to the development of artistic, artistic, musical abilities. Men under her influence are quite sensitive, let what is happening through themselves.

However, thanks to the gift of foresight, in a favorable situation, they are able to foresee the onset of unfavorable events.

A vivid expression of intuitive and medial ability. Not from this world, to what extent – depends on the aspects. It is difficult to understand them, since their actions are based on unconscious intuition.

With good aspects and a strong position of Mercury and Saturn – an in-depth understanding of reality, since they can perceive even hidden aspects. Subtle magnetism, charm, eyes have hypnosis (sleepy look). Art talent.

Neptune conjunct ASC – you are an idealist and romantic to the point of being almost unreal, especially if the conjunction has only subtle aspects.

With the help of quadrature’s and oppositions, you can become a little real and stand more firmly on the ground, but still maintain an aesthetic approach to life and be ready to see only the best in people.

Often such people have creativity, talent in music, and painting – try to express these inclinations, otherwise you will wander aimlessly and dreamily through life, forever in search of some other world in which everyone is as it seems to him, where life is unreal and does not throw a person any challenge and does not makes no demands on him.

You are very dependent on someone else’s opinion and usually before doing something, see what impression it will make on others. At best, you have a developed intuition and good perception ability, at worst, you are an unreliable and dishonest person.

Neptune, ASC trigon, trine in the natal chart subtle sensation, clairvoyance, intuition. Unusual appearance, mystery. They radiate magic, the eyes attract like a magnet. Through empathy and intuition to feel the mood of others, it is easy for them to gain trust, love, and cooperation. Close bond with spouse.

Neptune in trigone sextile with ASC – you are able to get rid of illusions. The professions in which you can be successful are literature, theater, politics and law. In dealing with people, your sensitivity helps you fulfill their desires and expectations.

With a developed intuition and power of perception, you know in advance what the public will accept and what will not, so you succeed in all matters related to trade or public relations.

You have a rich imagination and creativity, if not in the field of fine arts, then certainly in the field of artistic crafts. Trust your hunch and rely on it, it comes from a powerful source – your subconscious. When you learn to listen to a quiet inner voice, you will know that you are on the right track.

Neptune, ASC opposition in the natal chart Bias and subjectivity in relationships, give the impression of being absent, prefer their own fantasy world. Unreliable and unfaithful in marriage and friendship, or the victims of deception themselves.

Neptune in square-opposition-quickness with ASC – these aspects indicate the same creative and inspiring nature as trigons and sextiles. Only here you need to put a little more work in order to use these aspects. You must master the art of being direct and open and avoiding

Uncertainty and manipulation. When you are spontaneous, people listen to you, admire the way they communicate and the inspired approach.

However, if you unleash your imagination and exaggerate everything, then relationships with others will become problematic, no one will believe your stories, and you will feel like a stranger. A quick consist should beware of drugs and alcohol. You strongly succumb to the influence of substances alien to the body.

In opposition, you are usually gullible, easily deceived and seduced, in addition, learn not to take other people’s problems to heart. This tendency is associated with a deep need to be needed by someone, you are a real easy prey for someone who is looking for someone to transfer their problems to. Try not to fall prey to other people.

The tense aspect between the planet and the ascending sign blocks the energy for favorable events along the Ascendant line: professional advancement and success in society are at stake.

Square turns on strongly and inevitably several times in life, paving the way for accidents and insurmountable obstacles, but only if the signs of higher powers are ignored and the lack of character qualities necessary for success in the affected area is not worked out.

Neptune, the highest planet, takes you into a world of fantasy and illusion. A person considers himself a star and does not want to work, believing that it is already obvious that he is the best. This is Abloom, dreaming of great accomplishments, lying on the couch.

The physical body and mind exist separately, because the native’s spirit soars in the subtle worlds, from which health, friendship and personal life suffer. The native has such a rich imagination that he seeks to embellish the existing reality, telling tales about friendship with celebrities, communication with aliens and travel, which he only read about.

He sincerely believes that this is true, and wonders why he becomes a laughing stock and an outcast. Salvation is in the practical application of the gift of the storyteller: you need to write books, transform into different characters on the stage, and draw other worlds. Even as a hobby, it will be a medicine for the soul.

The second weak point of the owners of the Neptune square is the Ascendant – the painful need to be needed by a large number of people. Natural shyness does not allow them to quickly make friends, so they are ready to write down as such any sympathetic personalities, and often become victims of manipulation, deception and practical jokes.

Especially it is necessary to be wary of gypsies and financial scammers who instantly calculate the “client” by the absence of a dreamy look and absent-minded movements.

Other negative features of the Neptune-Ascendant square also require elaboration and harmonization: subjectivity of assessment and perception of the world, distorted concepts of goodness and justice; deceit, resourcefulness, naivety, lack of understanding of the rules of behavior in a team; discomfort and loss while participating in a discussion, inability to stand up for oneself.

It is interesting that the people around him mirror the main problems of the native. If gossip, deceit, and optionality irritate, then the bearer of the aspect himself cultivates these qualities.

Love and marriage in the square of Neptune – Ascendant Despite the fact that in the depths of his soul, the native considers himself an irresistible star, getting into a situation of real relationships with the opposite sex, he realizes that everything is not going according to the scenario of his fantasies.

The too fabulous, illusory concept of the relationship between a man and a woman, formed by reading romance novels and watching films, collapses when faced with the interests and shortcomings of a partner.

Lack of confidence and a clear idea of ​​one’s personality is the reason for falling in love with arrogant and arrogant people who criticize and humiliate the talents and achievements of the native. The more arrogant and colder the chosen ones, the stronger the desire of the owners of the Neptune-Ascendant square to prove their uniqueness and win love.

However, until they recognize their intrinsic value simply by birthright, do not get rid of resentment and overestimated expectations, there will be no happiness. Working out the Neptune – Ascendant Square

First of all, you need to realize the distorting reality and the idea of ​​your personality on the part of Neptune and not succumb to mood impulses.

It is necessary to observe the events taking place from the outside, without turning on emotionally, to adopt a successful algorithm of behavior from other, more practical people, since the native has no karmic experience in self-presentation to the world.

Owners of the Neptune-Ascendant square love to portray a victim and theatrically demonstrate their suffering. They go overboard and experience a burning shame when an adequate perception of reality returns.

Therefore, their best qualities of character should be restraint and practicality.

At the same time, lessons in music, stage and public speaking, painting will give an outlet for creative energy. These two conflicting tasks will help you complete jewelry with mascot stones.

Minerals are best set in platinum and 925 sterling silver, and kept on the workbench as raw druses as a source of energy.

Branches corals, for example, are suitable for all bearers of the aspect as a talisman of fortune and glory.