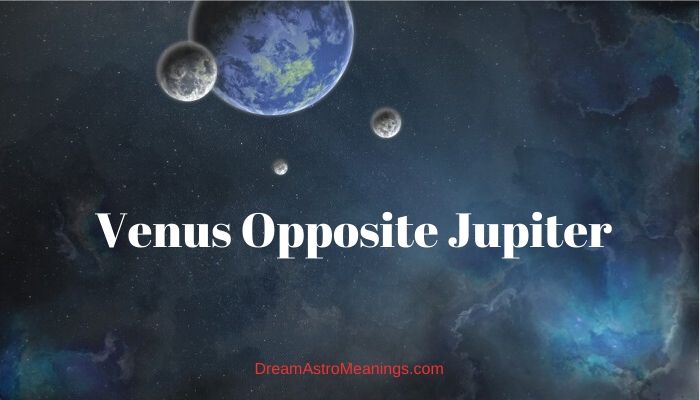 Astrology could be the oldest of human sciences, if we were to think about it as a science at all. Well, astrology is considered a pseudo science and an alternative one.

However, in older times, it was much praised and treated together with astronomy. Many astronomers, physicists, mathematicians, philosophers and others were also astrologers.

The famous astronomer Johannes Kepler showed much interest into astrology, as well as Isaac Newton, later on, for instance. There were many others. In ancient times, astrologers enjoyed well-respected positions on royal courts.

Military leaders, emperors and kings would ask for their astrologer’s advice, upon having to make some important decisions on which he whole realm depends on.

Astrological practice could be traced far back into the past. We could, perhaps, speak about prehistoric astrological activity, as well.

Systematized astrology is associated with ancient civilizations of the Old World. Ancient Sumerians, Babylonians, Greeks, Egyptians and Romans were much interested into astrology. On Tibet, in China, India and Japan other astrological systems evolved. In other parts of the world, we could trace similar practices.

All of them are based upon the same concept; humankind connection with the starry sky above our heads. Modern Western astrology takes the hermetic tradition postulate as its basis; macrocosm reflects in microcosm.

Everything that takes place up there reflects in our earthly lives. Hence, the stars could tell about our destiny.

Many would say this idea was too loose and too elusive to be taken seriously. This is the reason why astronomy took the throne of a conventional, acknowledged and the official science, while astrology remained an alternative.

We could speak about the astrology as of the skill of interpreting the language of the stars.

Many people are wrong to think that astrology is only about your zodiac sign. In common talk, people equate the whole idea of astrology with horoscope or, even more narrowed, your horoscope sign, that is, your Sun sign. Astrology is far more complex than that.

The Sun sign is but an element of a birth chart. It does not define who you are as a whole, though it plays an important role.

Let us see more into natal charts concept, since it is of the essential importance for understanding a synastry report. We will talk about the synastry later on and about a specific aspect, Venus opposite Jupiter. Astrology is like a treasury of wonderful information. Let us dive into its depths.

Moreover, it is related to your exact hour, date and place of birth. These information are essential to an astrologer for creating a natal or birth chart. Today, you could calculate your birth chart online and get a reading!

Natal charts tell much about one’s personality. They give precious information on someone’s temperament and character, for instance. Moreover, they tell about one’s potentials to become this or that kind of a person.

Natal charts reveal fields of life that are going to be easy and those that would be difficult. These diagrams offer an insight into planetary interplay on a personal plan.

This is important for a synastry report, because the synastry also analyzes birth charts. However, it interprets relations between two birth charts. In case of romantic partners, it analyzes the compatibility of two charts when compared to one another.

Learning about each chart, before comparing them is of vital importance for a proper synastry reading.

Synastry is the most popular type of an astrological reading. Synastry is, as we have mentioned, a comparative interpretation of two charts; two lovers or potential lovers’ charts, if we talk about romantic relationships.

Synastry should not be mistaken for the composite reading, which merges two lovers’ natal chart into a new one and then interprets it.

This report could be very useful and enlightening. People sometimes thing a synastry report is something written in the stone and one hundred percent accurate. It depends on how you look at it.

Synastry is like a guideline that could help you understand the relationship better. It also helps get an idea on how a relationship with someone might look like.

Synastry does not give concrete answers nor does it guarantee that your bond would flourish or is going to be terrible. Synastry analyzes relations between charts step by step, so you can get an image on what elements work fine and what not.

Remember, it is always important to take it as a complex of elements. Isolated elements do not define the relationship.

As each planet has a specific energy, each contact would present with a specific new energy. Aspects themselves could be heavy or easy and, as such, they affect the planetary energy.

Each aspect would affect the relationship as a whole, but so will individual charts.

No aspect should be taken as a determinant, but as a part of a bigger picture, a set of aspects and elements that make a relationship unique and dynamic.

There could be five major aspects, which include the conjunction, the opposition, the square, the sextile and the trine. Let us talk about the opposition.

Opposition falls under the category of heavy aspects. Heavy aspects are commonly considered negative or ‘bad’, but that is not a good way to address them.

Heavy aspects should be called challenging, even the ‘worst’ one, the opposition, heavy aspects are made to make us re question things and search for a way to resolve the problem.

Yes, they bring in troubles and problems of all sorts, tension, at least.

Opposition is not a desirable one; it confronts planetary energies, which could be exhausting, confusing, burdensome, annoying and so on. Oppositions are difficult to deal with, but not impossible to manage.

A single opposition does not mean your relationship is going to fall apart. However, it indicates that the field of life affected by it would be problematic for you as a couple.

Venus loves to be loved and it loves. Venus is the planet that allows us to realize what the true love was.

It helps us receive love from other people, as well as to share love with people around and the world. Not everyone feels things so naturally.

Venus fills our hearts with love for this life, which is a marvelous gift everyone should enjoy.

This is also the planet of passion, lust and intimate attraction. However, unlike Mars, which represents raw physical energy and carnality, Venus represents love on a more spiritual level.

Venus is charming and sympathetic; it would win you over easily. The planet Venus rules over the signs of Libra and Taurus.

Venus’ nature is charming, seductive, lovely, friendly and harmonious. It brings harmony and peace with others.

Jupiter is associated with the god Zeus, the supreme god of the Greek pantheon. In Roman version, his name is Jupiter. Jupiter in astrology is the planet of expansion and growth, a very positive one.

In fact, Jupiter is considered a lucky planet. It is associated with fortune, wealth and luck that come naturally. Jupiter’s energy is that of the trine aspect, easy and unrestrained.

Jupiter is a benefactor and one of the social planets. It has to do with personal growth, related to social life as well. It is associated with wisdom, high education, distant travels, foreign lands, philosophy, religion and faith amongst other things.

Jupiter could be amazingly inspiring and driving in synastry, but it could also become over-expansive. This planet is associated with high places and positions of power.

The planet Jupiter is easy and its effects are mostly positive. Since it was a social planet, it is usually associated with a generational effect.

However, if it forms strong aspects with another planet, its influence would be visible. We shall see how it affects Venus in opposition, in synastry.

Venus opposite Jupiter is an aspect that would very likely mask your true selves, because you will be consumed by mutual affection and idealization of your connection.

Once Venus and Jupiter come together in an opposition in synastry, it gives you an impression that you have found exactly what you wanted. You enjoy each other very much, no doubt, but you see nothing beyond it.

Perfect things are, well, impossible. Your pink eyeglasses would shatter at some point and you will realize that your partner is a person so different from you. In short, you are tuned in on only one level.

It would feel nice, at first and there is no reason to avoid it, but it is not promising in terms of a long and stable relationship, marriage and else.

Jupiter may inspire Venus greatly; Jupiter’s grandiose ideas and their expansive nature please Venus’ creativity and loving nature. Jupiter is a positive planet and it would gladly embrace the love energy of Venus. However, things might simply stop at that point.

You get a relationship that you idealize, focusing only on its positive, charming sides and pleasure.

Venus Opposite Jupiter – Key of Honesty

However, people are not robots and, at some point, the rose façade would start to crack.

You would very likely realize not that your partner was a completely different person from what you have thought, but that he or she is someone you do not have much in common. It is very likely that you would simply split out.

You should be honest from the beginning or, if not so, you both have to force yourself to be honest and to face the negative sides of your relationships; things and areas you do not fit. It is the only key to this relationship to survive.

Of course, there could be too many differences to handle. However, it is essential to give it a try through opens, honesty and readiness to accept the other person the way they truly are.