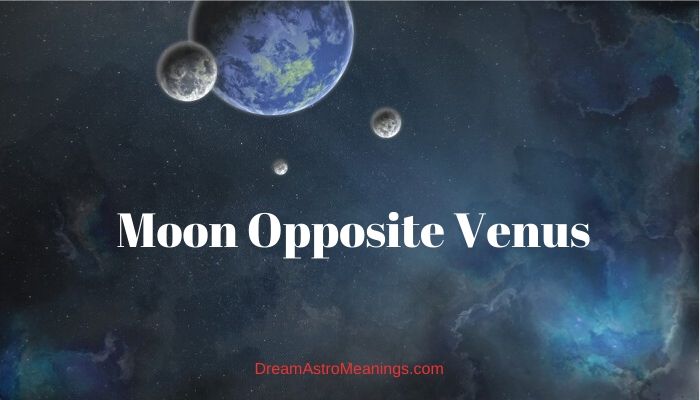 How far could the human mind travel? What sits there, yet to be discovered, behind the curtain of the nightly sky?

Many poets, many philosophers, many scientists, explorers, inventors, priests and magicians and so many more brilliant and inspired sprits have asked ever since.

Astrology encircles these questions in its peculiar way, not being an official science nowadays, but the ‘science of the stars’.

The term of astrology originates from Greek, from two words, astron and logos; one meaning ‘a star’, the other ‘science’ or ‘a word’. We could also call it the ‘language of the stars’, perhaps.

Could stars really tell us about the mysteries of the universe and help us better to understand our place within cosmos? Well, even official and very serious scientific approaches claim they could.

Astrology was, indeed, more elusive and more inconsistent, as it was not an exact science.

However, in older times, astrology and astronomy were the same thing. Origins of astrology are unknown; we could find some traces of proto astrology in prehistoric times, while Western astrology we know today possibly originates from ancient Persia.

There were other systems resembling astrological in other parts of the world. All these share the same amazement regarding the sky and the planets.

These systems are not the same nor were their principles completely the same. However, they have the same thing in common, the relations between the human world and the vastness and magnificence of the space.

Astrology we know is based upon the microcosm-macrocosm relation. All that happens above is reflected in us, human beings.

Astrology is not a divination process, which is the first thing those who were against it would pull out. Astrology does have its principles and methods.

Besides, it exists for so long, claiming the right to be called the first science ever, perhaps. However, it is considered an alternative one.

Nevertheless, astrology is popular and widely practiced. After a period of silence, astrology has been gaining renewed reputation of a discipline of interest during the twentieth century.

Via global network, astrological readings are easily accessible to anyone. Of course that not all of them were reliable.

However, it is the case with global networking in general. To put this aside, a proper astrological reading has is a complex and demanding job.

It requires great knowledge not only about astrological principles, terms and methods, but also of humankind, both as a whole and a group of individuals.

That said, let us focus on the individualistic part of astrology, natal astrology. Natal astrology studies the relation between individual human beings and the planets of the Solar system.

Some authors claim, natal charts could be done not only for people, but also for plants, animals, organizations, institutions, whole countries et cetera.

Natal chart is based upon the date, time and place of birth; logically, you could do a natal chart for a country, for example, by taking its foundation data.

It is like a roll of fate, but the one you have power to modulate. What does this mean? Well, your destiny has been written in the stars, that is what astrology claims.

However, your destiny is a set of potentials. You have to do something in order to us them. Normally, no one is fully aware of all of this.

Therefore, a natal chart could provide you with some precious info.

One natal chart tells about one personality, which makes it essentially important for synastry. Synastry report analyzes compatibility of natal charts, by comparing them.

Each natal char should be properly examined before doing a synastry report. The astrologer would get an excellent insight into each personality involved.

Synastry report is the most common and the most popular type of astrological reading, especially a romantic synastry.

Everyone would love to know if they were about to start a relationship with their ‘right one’ or if the person they were in love with was the one.

This is not a modern phenomenon; people have always asked astrologers about the same thing.

By comparing charts, the astrologer gets to the core of the bond of one relationship, the bond between two people. Synastry does not determine the course of the relationship nor does it predict what would happen between the two of you in the future. However, it explains your relationship.

Synastry reports analyze contacts between your charts one by one. All of them make a complex image, full of valuable and intriguing information.

Synastry will point out areas of life in which you two seem not to get along, as well as those that are the most pleasant and harmonious. A synastry report could give you a focus.

Astrological aspects are something we should be focusing on. These specific distances between planets from both charts make your relationship unique. Aspects could be troublesome, but they could also be easy.

The combination of aspects makes your relationship one of a kind, along with effects that come from each of individual charts.

Synastry aspects could be amazing, as they could freak you out. There could be heavy or flowing aspects; there will be both, very likely. Heavy aspects could make the relationship problematic, conflicting, and exhausting in many ways.

On the other hand, difficult aspects could actually make you invest efforts in overcoming them and growing stronger as a couple.

This depends on many factors, starting from the planets involved to personal, individual involvement with the aspect. Easy aspects are, of course, very welcome.

However, it seems that the best scenario presents with a fine mixture of both challenging and easy aspects. Today we deal with an extremely heavy one.

Oppositions are the least desirable aspects to be seen in astrology. On an individual plan, oppositions manifest as inner conflicts, typically making a person torn between emotions and reason or something of the sort.

This aspect brings in restlessness, struggle, conflicts arguments and tension. However, it provokes and makes you act towards resolving it.

It is very similar with oppositions in synastry, regarding the activity of this aspect and its energy. Yes, it confronts you and makes you argue and fight over this or that.

Opposition could be very difficult to deal with, since it usually presents with lack of tolerance and understanding, which is potentially destructive.

However, it could also make you think and make you act towards overcoming it by your united forces.

Beautiful and mysterious Moon has always been fascinating to humankind.

Many ancient civilizations would associate the Moon with beautiful female deities and the Moon, traditionally, represents feminine principle, in contrast and complementary to Sun as the masculine one.

In addition, the Moon represents our hidden self, inner self, emotional self, in contrast to the Sun, which is our rational self, our manifested personality and else.

The Moon could be seen as the other side of one’s personality, not in a doctor Jekyll and mister Hyde fashion, but as other complementary and essential side.

The sun is the daylight, the Moon, well, the Moonlight. The Moon is emotions that are needed to our reason.

These two luminaries are the first of the personal planets. In synastry, they were of essential importance, because they give light to it.

Luminary Moon represents emotionality, bonds, coziness and comfort. It has to do with motherly figures, with our home and homeland, with family and tradition. The Moon is mutable and it makes us moody, but it strives for comfort, protection and nurture. These are all elements of essential importance in a relationship.

There have been many legends and beliefs regarding the Moon. Our lovely satellite is associated with goddesses such as Astarte, Artemis and Selene, for instance. One odd belief says that the devil was chained on the Moon, for a punishment.

A strange and not particularly known story, but we mention it, since it illustrates the mysterious nature of the Moon.

Another ‘devilish’, seductive and mysterious planet was certainly Venus, associated with feminine deities, as well.

Beautiful Venus or Aphrodite was the goddess of love, beauty, aesthetics, art, lust, passion and pleasures. The spirit rules over the matter, with Venus.

We say devilish, because Venus is also Lucifer, the Morning Star, elusive, beautiful and seductive in it beauty.

Astrological Venus is the planet that makes us feel loved and that help us realize how much other people love us.

It makes us capable of sharing love; this is, indeed, the planet of unconditional love, but also of passion, lust, romance, affairs, depending on its aspects in a natal chart or in a synastry. Venus awakens our need to be attractive, likeable and lovable.

Venus is one of the most important planets in synastry, since it strictly has to do with love.

Venus and mars are two sides of this love aspect. Mars is carnal love, Venus is more spiritual love, but all have to do with lovers’ passion and seduction, of course. Venus is the planet of harmony, of pleasant times, of joys shared with others, of compromises and gentleness.

Moon Opposite Venus Synastry – Too Emotional

Moon opposite Venus is a connection characterized by strong emotional closeness. In fact, all emotions are being projected onto one another.

Venus absorbs all the Moon’s moodiness, grumpiness, pleasantness, joys or whatever else. This connection could be both stimulating, but also somewhat problematic.

The problem with this connection is that emotions affect you too easily. Venus person would gladly take in all the positivity the Moon might feel and project, but, at the same time, Moon’s negative emotions would easily bring Venus person down.

Venus cannot defend from it; it cannot transform Moon’s bad emotions into positive ones, as it simply takes them as its own.

We could say that this is all too emotional connection, in which no one really takes initiative or control over the emotional flow. You both surrender to it, regardless of nature of the feelings.

Normally, emotions could be very positive and stimulating. Since both of these planets were creative and more spiritual than material, there could be an amazing sense of mutual inspiration.

However, in the long run it could be exhausting, since it seems that you do not choose any of the energetic emotional flows, but simply dive into it. You both get drowned into the sea of emotions, be those bad or good.

To a certain degree, this is fantastic, because such deep romantic connection is rare and specific. Of course, Venus and the Moon would work much better in an easy aspect.

Moon Opposite Venus Synastry – Creativity is the Key

Ok, there is a solution to this problem. Well, first of all, you have to practice emotional resilience on an individual level. This especially applies to Venus, prone to absorbing other’s attitudes and emotions, simply out of need to be attractive and likeable.

Well, it does not work this way if you lose individuality by copying your partner’s feelings. We know, it comes unconsciously and it has to be curbed smoothly and subtly.

Your physical connection is almost one hundred percent lovely and beautiful, but only until the moment negative emotions and atmosphere takes you both over and turns you down.

You should take up a creative perspective and focus on your shared enthusiasm for creative, artistic, spiritual and imaginative.

This way you will stimulate one another’s creativity and individuality, which would result in far more balanced emotional exchange.