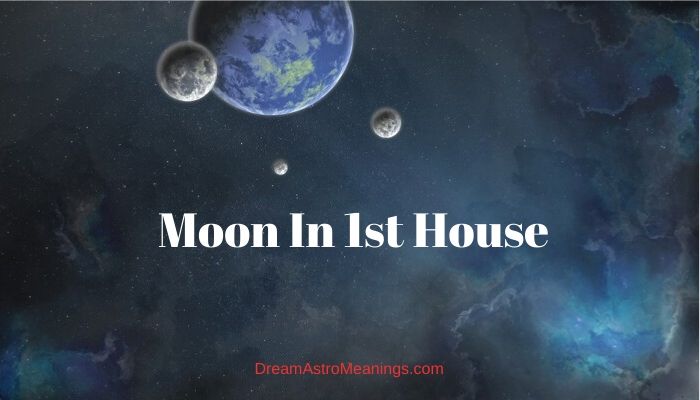 Astrology is a useful tool for determining people’s traits and their possible destiny, as well as to foretell the outcome of situations, relationships and determine other matters.

Although many people consider astrology as a fun subject for conversation, astrology is much more than that and its value should be appreciated more.

Natal chart is a chart of the planets’ positions in a certain moment of time. The planets in houses of the natal charts indicate the areas of life which will be influenced by these planets’ energy.

In synastry, the houses where the partner’s planets are placed in their partner’s natal chart reveal which areas of this person’s life might get triggered by the relationship and their partner.

Houses of the natal chart rule different areas of our life, such as our individuality and personal appearance, our relationships, parents, siblings, neighbors, education, friends, health, social life, travels, etc. Every house has its own areas of rulership.

The Moon is a natural Earth’s satellite. This astronomical body is believed to have been formed from the debris leftovers from the collision of our planet with an asteroid around 4.5 billion years ago.

Some theorists don’t believe in the story of the Moon’s formation and believe that the Moon is an artificial construction, made by aliens.

Regardless of the way it was formed, no one can negate the incredible importance of the Moon for our planet and individual lives. This astronomical body moves fast and it takes it only 27.5 days to circle the Earth moving through all 12 Zodiac signs. The Moon is the brightest object on the sky at night.

The Moon is the ruler of Cancer; its exaltation is in Taurus. The Moon in astrology rules our emotions, inner being, subconscious mind, intuition, sensitivity, memories, etc.

The ones influenced by the Moon tend to be very sensitive and easily hurt. They are usually not very sociable and tend to surround themselves with a circle of close friends and family members.

These people have a long memory and can remember past hurts for a long time. They might hold on to their painful memories for long time, and block themselves from moving forward in life.

These people can hold resentment against someone who they consider harmed them in some way. This is certainly an unhealthy behavior but these people usually don’t have the strength to end it and keep poisoning themselves with these negative feelings.

The Moon person tends to be shy and reserved. These people have a giving and nurturing nature, and enjoy taking care of people they care about.

They are also prone to mood changes, which often happen without an obvious reason.

Some of them can express needy behavior and be prone to clinginess which many people consider bothersome. Many of them have a strong intuition and they can sense other people’s feelings and even predict events.

Another important fact about them is they love preparing food and eating, which is why they often have problems with weight gain.

The Moon rules women, our mother, femininity, motherly instincts, etc. The Moon in our natal chart reveals our relationship with our mother and the women in our life.

It also reveals whether we embrace our femininity and motherly instincts.

Its placement in the natal chart also reveals the level of comfort we possess in life as well as the areas where we feel most comfortable. The Moon reveals our attitude towards our home.

The Ascendant and the first house reveal the image we tend to present to others.

The sign on the beginning of this house reveals our physical appearance, the first impression we make on people, the way we begin our projects and doing things, our relation with our environment and general attitude towards life.

The planets placed in the first chart will add to the overall image of the person and the sign placed on the cusp of the 1st house. The person will tend to identify with the energy of these planets and this will be visible in its public persona and attitude.

The first house and the planets inside reveal the most about someone’s personality. This is the house of “self” and reveal how we choose to present ourselves to the world.

This is also the house of the physical body and our appearance and the planets in this house as well as the sign on the top reveal their state.

Also, this house can reveal our approach towards beginning something new.

When the Moon is placed in the 1st house of the natal chart, this gives a strong Moon flavor to their personality, especially when the Moon is close to the Ascendant.

These people have a tendency to be very emotional and easily hurt by other people’s reactions and attitude. These people generally don’t have a problem openly expressing their feelings. They need that to feel content.

With the Moon in first house, the person might be prone to changing their mood quickly sometimes without giving any explanations. This might be frustrating to others in their surroundings.

They might also be very easily offended and this causes the people close to them being in constant tension and expectation of their reactions.

These people often take things personally and get offended even when no one had the intention of offending them.

The problem is that they tend to react without thinking and often don’t give the chance to the person to explain what they meant with their words or actions.

People with this position of the Moon must learn to control their reactions and emotions. They can be prone to a one-sided approach to things, and they might jeopardize some important relationships in their lives by having this approach.

These people’s tendency to subjectively interpret other people’s reactions towards them and that often causes problems.

These people often possess qualities such as sensitivity, nurturing and giving nature, and desire to make people happy. They usually have a strong attachment to their mothers who play important part in their lives.

Sometimes they could be so overwhelmed with their wants and needs that they pressure others (usually the people who care about them) to take care of them and their needs without asking if they can or are willing to do that.

Some of these people can be very demanding in their desires and needs. If their needs are not satisfied they might have strong emotional reactions, bursts of anger, defensive behavior, isolation, silence, hysteric reactions, and similar.

They need to learn to control their needs to speak their mind and express how they feel in sometimes awkward and inappropriate situations.

The Moon in first house might indicate the person identifying their personality with their home and family. They are usually attached to their homes, but they are also very adaptable.

These people are open to expressing their feelings, but they also have the defensive trait which is a reflection of Moon’s influence. They might have a defensive approach towards strangers until they get to know them better.

They can be prone to overeating and unhealthy diet, if the Moon has challenging aspects in their chart. Their mental stability and emotional stability directly influences their overall health and wellbeing. They might be prone to emotional manipulation to get what they want; sometimes pretending that something is wrong with them.

Sometimes these people could possess extrasensory feelings and be very intuitive. They can sometimes be able to feel things that will happen in the future.

Moon in 1st house can sometimes cause the person’s popularity and fame, enjoying appearing in public. Their physical appearance might sometimes resemble a Moon appearance, which is often “baby face”, with large eyes and expressive mouth.

In some cases, these people might be very vulnerable, usually when their Moon is afflicted. They need to learn to stop relying on others to fulfill their voids and learn to love themselves and feel complete relying on themselves and their powers.

Sometimes, the person with their Moon in first house will be easily influenced by other people and their opinions, and prone to changing it often.

When one partner’s Moon falls into the first house of the other partner, this is usually a sign of close emotional connection between the two people.

This placement is often found in the natal charts of married couples and long-term relationship partners.

This position usually acts in a way that it trigger an emotional reaction in the Moon person caused by the 1st house person’s self-expression and personal appearance.

The Moon person really likes the owner of the first house and there is also a reciprocity of liking from the 1st house owner as well.

There might be a sense of being at home when these two are together. They almost instantaneously feel this connection. If the Moon is afflicted this might cause the first house person to easily get irritated by the Moon’s irrational and moody behavior.

This will most likely be a relationship with a lot of tenderness and sweet feelings exchanged between the partners. The Moon person enjoys taking care of the 1st house owner and they feel safe in each other’s presence, especially the Moon person.

The Moon person, who is usually cautious and don’t relaxes easily, feels naturally relaxed on the first house partner’s presence.

This openness also inspires the first house person to become open about how they feel. This builds mutual trust and helps the relationship grow.

Moon in the 1st house placement in individual charts and synastry is an important placement.

In the first house of an individual chart, the Moon attributes are added to the person’s character.

In synastry, the Moon of one person in the first house of the other person accentuates romantic feelings and emotions. These two truly love one another.