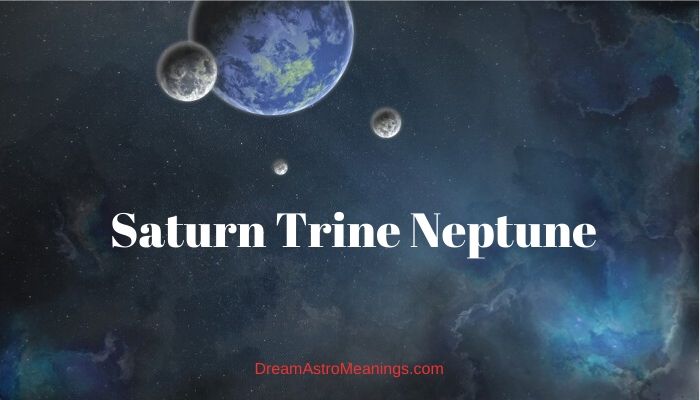 Majestic and sparkling starry sky has always been a great source of inspiration for all of the humankind. Poets and artists would gaze upon the sky, letting its magical lights inspire them.

Travelers and wonderers through regions of earth would seek for the stars’ help, in order to navigate their way across unknown miles. Scientists and great inventors, brilliant minds of geniuses would try to unravel the mystery of universe, by observing sky.

Spiritual people, priests, philosophers and many others would seek guidance and answers in that incredible and ineffable cosmos we are a part of.

Astrology somehow inspires all of them; we could even dare to say that all of these were astrologers, at least to a small degree.

Well, great minds of the past, such as Isaac Newton or Johannes Kepler, were amazed by astrology.

Astrology has been treated in many ways, over its long and turbulent history. No one knows where it comes from; some evidence prove proto astrology existed in prehistoric times.

Localities such Stonehenge testify of such things, for example, but there were even older evidences. However, modern astrology is associated with civilizations of ancient Mesopotamian cultures, Persia, Egypt, Greek and Rome.

Astrological systems were not a phenomenon of these regions, as complex and different, precious and extremely well developed systems have been born in China, Tibet, India and Japan.

Each astrological system is different, but they all have the same thing in common, the amazement related to heavens and sky and, even more important, the awareness of the connection between cosmos and earthly life.

Human world is like a microcosm for macrocosm of space, according to astrology. Therefore, our destinies have been written in the stars.

However, today’s’ astrology does not make us completely at the hand of fate, without any control of our own lives. We are not marionettes of fate, but masters of our own fate.

Well, how could it be, if everything that makes our lives has been written somewhere up there? The point is that people tend to understand things very literally.

Astrology is not an exact science and its elusiveness is what anyone against treating it as a science would call upon. Astrology does not claim this or that would happen at all costs, but it tells about what might happen.

Now you can tell that anything could happen and you could simply pick random things and say they could happen, but not necessarily.

It is not that simple. Astrology is a fine path; it is full of delicate details and subtle hints. It interprets planetary influence over human lives and it takes patience, knowledge and willingness to understand information it offers.

This leads us to natal astrology, which is a base for further synastry analyzes we are going to talk about. Natal astrology interprets planetary influence over lives of individual people.

Everyone is born with their astrological destiny written in the stars, so to say. This destiny report is, in fact, the exact distribution of planets at the time you were born.

As planets have specific energies, specific meanings and vibrations, their distribution makes for a wonderful pattern of those energies. They correspond with one another, they later one another and form the complexity of a human personality, character, temperament and more.

Natal chart is about your individual potentials and your life as a whole.

It reveals your tendencies, capacities, skills and else. It tells about your personal traits, strength and so on. Natal charts are important to understand if we are about to do a synastry.

Synastry simply compares charts; we talk about romantic synastry, so it would be charts of two romantic partners (or potential partners).

One has to understand each individual, in order to see how compatible they were.

Synastry alone would present with contacts made between planets from both charts. They would affect one another and they would make a relationship between two people something unique.

It is very complex and amazing how planets interfere with our lives, even our romantic lives!

Synastry report tells about your compatibility and your potentials as a couple.

That said, astrology does not predict what will happen between the two of you, but it gives valuable and useful hints.

It could tell about the direction your relationship has been heading, due to specific aspects and energies involved. It could help you understand the relationship.

Sometimes people would ask for a synastry report about the potential relationship with someone they fell for.

Synastry does not guarantee any outcome of your dating with that person, but it could point out some potential problems and good sides. It could give you an image about how it could look like.

Synastry could be delivered for those in a relationship, marriage or whatever else, of course. It could help you improve your relationship, by learning something new about yourself and your partner from the astrological point of view.

Synastry often makes people better to see things they would otherwise skip or take for granted.

Synastry report would be full of aspects. Aspects are angles planets form among themselves, in case of a synastry, angles between planets from both charts.

This is some kind of planetary correspondence, so to say. Aspects could make your connections harmonious, but also troublesome.

In the most cases, you will have a certain mixture of both troublesome and easy aspects.

Now, one might thing that only easy aspects are good. Well, it is not that simple. No aspect is, in its nature, ‘good’ or ‘bad’, but they are flowing or challenging.

Challenging aspects confront you, but they also make you take some action and try to overcome the difficulty.

Good ones provide easy and harmonious flow of energy and soften the heavy ones.

Trine falls under the category of flowing aspects. In fact, the trine is the most pleasant and the most desirable one.

Trines are aspects of natural, easy flow that does not require any force, any additional and specific effort to function well. Trines provide understanding, tolerance, generally a very positive flow and atmosphere.

Moreover, trines would be of great help if there were heavy aspects involved. Trines could help in soothing the painful ones and resolving the conflict.

The trine brings in positive energy, good vibes and certain type of easiness everyone dreams of, be it a romantic synastry or any other type of a reading.

Saturn is the most notorious of all astrological planets, thanks to its sinister, restrictive and cold reputation. Saturn represents limitations, boundaries, strict rules, misery, sorrow and misfortune.

Saturn teaches us life lessons, but in the most difficult and the most misfortunate way. It is difficult to understand its nature and even more hard to accept it.

Saturn is known to be the planet of sorrow, but also the planet of responsibility, organization, steadiness, plans and structure.

Without Saturn, things would probably fall apart, regardless of how hard it could be to acknowledge.

Saturn in synastry could be good, if in fine aspects and if it sooths overly dynamic and overly loose aspects.

Neptune is a planet of much different nature, compared to Saturn. First, there are no limitations of any sort, since Neptune roams the realms of unconscious, immaterial, spiritual, mystical and elusive.

With Saturn, the soul is trapped within the body. With Neptune, the soul would love to roam free and unrestrained, forgetting its bodily limitations, so to say.

Neptune is the planet of illusions, of deceptions and of trickery, but also of great imagination, of inspiration, of intuition and hardly explicable and expressive emotionality.

This is a transcendental planet, so people usually think it cannot affect anything to a great extent. However, its effect is subtle and powerful, especially if in a strong aspect.

Saturn trine Neptune is a wonderfully inspiring connection that, in the first place, takes you on a journey to discovery of new spiritual realms and heights.

Well, one has to agree that this type of a connection does not actually tell much about your actual romantic compatibility, but it would definitely be an amazing, enriching experience, especially for the Saturn person.

As we all know, Saturn could be very strict, limited and maybe too responsible and serious.

Neptune awakens in Saturn that deeply hidden spiritual self that knows no boundaries. In fact, Neptune’s subtle, though overwhelming energy would help Saturn let all its inhibitions go away.

The world would seem a more relaxed, a more exciting and lovely place to Saturn.

On the other side, Saturn would give certain form and structure to Neptune’s wondering spirit and help the Neptune person beautifully and responsibly express their fantastical ideas.

This is a connection that works the best on a spiritual, platonic level. There is not much of physical attraction within this aspect, though you two probably have other aspects that drive you towards one another. This spiritual touch could only make things more special.

You would probably enjoy long conversations about spiritual matters and engage in activities that have something to do with it.

Neptune’s wandering, elusive nature would bring in magic into Saturn’s cynical world and make him or her far less cynical.

This way, Saturn would enjoy life in a more easygoing manner, without forcing him or herself to do so, without analyzing everything and anything.

Saturn would help Neptune give some form, shape and order to their immense imagination and ideas.

Saturn trine Neptune is an easy and great aspect, but, in order for things to work out as a romantic relationship to its fullest, it needs aspects that are more ‘romantic’.

However, some people are satisfied with exactly this type of connection.

See into your synastry and find out! If this aspect pleases you, than go for it and enjoy the magic of this unusual connection.