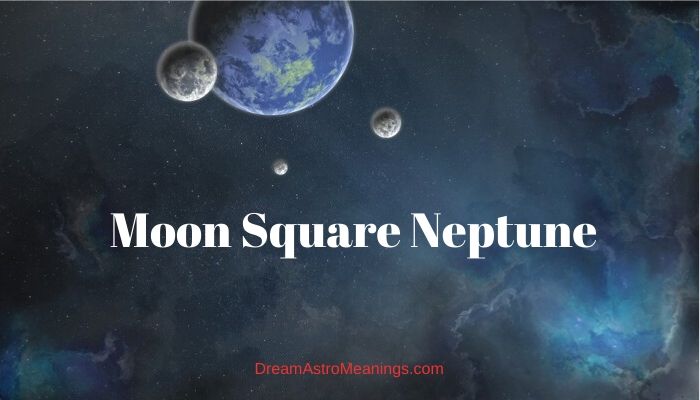 Stars could tell us million things about our destinies, if we would only stop and look. Heavens answer many questions, if only we stop and ask about who we are. Astrology is a pseudo science that ‘reads’ the skies and interprets answers we get from the stars.

Things are not that simple, of course; otherwise we would probably know and fully understand our own grounds of existence.

However, asking questions and trying to get some answers, on more than one level, makes our lives interesting, dynamic and sparks up even more curiosity. We strive towards certainty, but we know we cannot obtain it.

Nevertheless, skies could give us much valuable and helpful information. One thing that interests us all is related to our relationships with other people.

Before we get to ask such questions, we ask about our own lives. Astrology could read our destiny from the stars, to put it very romantically and in a simplified explanation. Astrology does not offer concrete and complete, ultimate answers. It is more of a celestial guideline, to say.

Do not get disappointed and blame the uncertainty of astrology; use the information it offers.

One of the most important aspects of astrology are natal charts. Natal charts represent an image of the sky; schemes of the planetary positions at the time a person was born.

A birth chart is basically like a photograph of the sky, at that exact moment. Astrology claims one’s destiny could be interpreted through such kind of a diagram.

Natal charts are extremely important to understand, if we were to analyze the synastry report. We will come to that. What does a natal chart show?

It displays possibilities and many people are wrong to think it represents some kind of a prediction, a fortuneteller’s work. Not at all.

A birth chart gives you an insight into your own potentials, regarding your personality and specific areas of life.

Natal charts are important for synastry, because an astrologer has to take into account all information about the people whose relationship he or she is about to analyze. Say first, what is synastry?

Synastry reports are a specific astrological analyzes of the interconnection between natal charts. It is a comparison of personalized natal charts and it interprets a relationship between two people.

Although comparative analyzes of birth charts could interpret connections between any of them, regardless of the actual relation, people are usually interested into potentials of one particular romantic relationship (or one they hope for or consider entering).

In order to start creating a synastry report, the astrologer has first to analyze separate birth charts.

This step in a synastry analysis is very important, because it would give an astrologer a better image of both of the individuals involved. The astrologer would read their birth charts as a whole, of course, but would also focus on several important aspects.

The astrologer would look into the emotionality of both persons, their ability for empathy, their sympathetic nature, the way they express their emotions.

The concept of love is an incredibly important parameter in this type of analyzes; the astrologer would see how both of them perceive and understand love. In other words, he or she would see what love means to both persons.

Once the astrologer gets all of these information, the synastry interpretation could start. The astrologer puts both charts into connection, compares charts and looks into aspects planets from one chart create with those from the other one.

Planetary aspects are those responsible for a specific nature of a relationship, its potentials and more.

While comparative report, called synastry, offers relevant information, since it interprets the interplay of the planetary energies between the charts step by step, a composite chart sees those as a unit and could be understood as an outcome of the connection, to say.

The composite chart is merging two charts, while the synastry is comparing them.

The Moon in Astrology – the Importance in Synastry

The Moon is one especially important element to look into when we analyze a natal chart, as well as a synastry report. The Moon represents emotionally self, it has to do with our hidden, sensitive, dreamy and changeable side.

While the Sun represents the reasonable mind, our personal active strength, goals, ambitions and clearly manifesting attitude, the Moon is everything that lies behind. All the fine emotions come from the Moon.

The Moon represents the feminine principle and is associated with the element of water. It rules the sign of Pisces and also greatly affects other water element signs, cancer and Scorpio.

You would easily notice that we speak about the three most emotional horoscope signs. The changeability is another characteristic of the Moon’s energy.

If you have a prominently positioned Moon in a natal chart, it is very likely that you were a sensitive, emotional, imaginative and a very creative individual. The Moon is your intuitive guide, an inner voice.

This planet is especially associated with the domain of the family and the emotional life. The Moon represents our emotions in total and our way of experiencing, channeling and expressing them.

If the Moon were in difficult aspects in a natal chart, one would have difficulties in expressing their emotions.

One could easily conclude how important it is to look into the moon aspects when comparing two natal charts. The Moon plays important role in synastry, since it has to do with the emotional side of the individuals, which is, of course, of the essential importance if trying to understand a relationship.

The astrology emphasizes a great importance of the planet Neptune in natal horoscope and especially its influence over one’s choice of the occupation, one’s specific affinities and talents.

Of course, the planet Neptune would be of a great interest to look at from the synastry perspective.

One of basic astrological principles takes Neptune as an important agent in terms of defining one’s psychological traits.

The personality of an individual is believed to be shaped by Neptune’s influence. Moreover, the planet determines predispositions that could develop in one’s lifetime, regarding the individual’s talents and skills, inborn.

Neptune is associated with unconventional life paths. It is believed it could bring one a specific, spectacular and original type of life success.

Neptune marks a person from the day of the birth, if its influence was strong in a natal chart. It is a planet that, in a way, announces an unusual life path and an unconventional success.

Neptune is, indeed, associated with unpredictable events; while we could say that a person with a strong Neptune could expect something ‘unusual’, we could never say what it would be.

In astrology, Neptune symbolizes the symbolism itself. It is a planet of subtle senses, romance, imagination, also called the planet of illusions and trickery. It definitely affects one’s senses and it leads one towards the intuitive.

Taken in a wider perspective, Neptune usually awakens the distorted perspectives, irrational and unrealistic expectations; its uncatchable, mysterious nature is difficult to take only in its ‘best edition’, to say.

This planet causes hypersensitivity, delusional views, and distorted image. A saying beautifully explains its effect; a low dose of Neptune is a cure, but an overdose is a poison.

The square aspect is not an easy one. Squares in natal charts are a restrictive influence. A square aspect blocks 5the energy and does not allow it to flow freely. The square is associated with conflicts, troubles, arguments, overall tension.

This is an aspect that makes it difficult to come to compromises and cooperate. The energy is tense and conflicted in itself.

When planets make a square aspect, their energies cannot use the best part one from another. That is why the square aspect calls for the awakening of tolerance of finding balance.

The area of life affected by the square aspect is the one you should try to harmonize, realizing it would be a difficult task. It works similarly when in synastry.

Moon square Neptune in synastry is a peculiar combination, interesting, though confusing. We could say that the confusion paints this connection. Since the square aspect is generally not a favorable one. It would lead to conflicts.

Here, these conflicts come from misreading one another’s gestures and signals. The emotional scales are uneven and one cannot understand the other well.

The problem is that this kind of aspect could lead to emotions that are heard to deal with; it could happen that one hurt another’s feelings, usually without any intention. The lack of understanding on the emotional level would cause distancing from one another, avoiding one another and neglecting one another’s needs.

The avoidance habits probably develop from hurt feelings and out of some deep inner and subtly expressed fear that you might get hurt again. Much could be left unsaid, which is bad for the relationship.

The Moon partner would see through Neptune’s mysterious aura, but would have difficulties to figure out what the Neptune one actually thinks.

Both these planets are emotional, instable, mysterious and intuitive; that is why one cannot fathom the other, if in a bad aspect, like this one.

The Moon feels as if things are not quite right, the Neptune would not tell about it and Neptune’s current state of emotions and mind remain a mystery. The sensitive Moon and the illusive Neptune are connected on a deeply spiritual level.

Moon Square Neptune synastry reveals a relationship that is based more on a spiritual bond than anything else. It is something one could hardly explain. The square aspect makes it difficult, because it confuses and mixes all the signals on the emotional level, in the first place.

This connection is conflicting because it is uncatchable, illusive. There is rarely in actual conflict, distancing and avoidance, rather.

What Moon square Neptune aspect might make the partners aware of is exactly that confusing and illusive vibe of the connection. If they realize the problem comes from everything that has been left unspoken and hidden, they could work on it.

They are blessed with an incredibly strong spiritual bond, imagination and creative energy.

These could be so strong that they merge and this relationship becomes a blend of all these energies; it is not clear where one’s energies stop and that of the other begin. It is as good as it is bad. It could lead to unhealthy habits and dependability, addictive behavior and so on. This is not a disastrous aspect, but it should be taken seriously.

Both partners should speak openly about their emotions, not too keep them away from their partner. Regardless of how bad was the situation, always say things aloud. There could be difficulties in expressing emotions.

For one part, it could come from a false conviction that they ‘get’ one another perfectly, considering the strong spiritual connection.

Moon Square Neptune Synastry – The Good and the Bad

The words we could use to describe this relationship would be unusual, otherworldly, spiritual, but also delusional, tricky and uncertain. There is a mystical connection between these two.

Both are dreamy, imaginative, both enjoy exploring worlds of the inner self. Both are romantic, sensual and sensitive.

The problem is that Neptune would do everything to keep things in that elated, beautifully dreamy state.

This relationship is full of compassion, sensitive feelings, spiritual bonds that exceed the physical, but, at the same time, there is a risk of dishonesty and covering things up only to make it remain dreamlike.

Once too much of dishonesty and secrets pile up, well, it would not be a pleasant experience.

The best advice for those with such a synastry aspect is to be open and honest to one another.