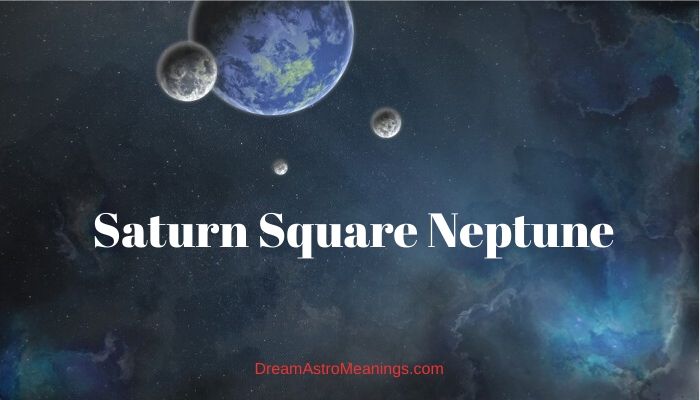 Could stars reveal the future of your relationship? Well, stars could not predict the course of a romantic or any other relationship, but they could give you a precious guidance.

Astrology claims planetary positions determine our destinies; they determine our potentials, rather. It has long been known that planets in our universe definitely affect each other.

Astrology deals with one specific type of these planetary influences and tries to figure out how it affects an individual human – it is the focus of natal astrology. Natal astrology is very important for what we are going to analyze in the following paragraphs.

It is the first step into synastry, as well. Synastry is comparative analysis of personalized birth charts.

Therefore, we first have to know more about birth charts or natal astrology. According to this ancient discipline, everything we are and are meant to be is, indeed, written in the stars above. However, this should not be taken plainly.

Our potentials and possibilities are what have been written on the heavenly vault. People believe astrology could prevent events, but it is not true.

Information astrology could offer us are far more precious than some kind of predictions. What a natal chart provide us is an insight into a complex of potentials, related to ourselves as personalities, related to specific areas of our lives, our relations with other people et cetera.

By learning information from your birth chart, you are getting to know yourself better. By knowing yourself better, you have better chances to use your qualities and talents to their best and also to improve your weak sides and work on your disadvantages.

Natal astrology is a complex study that analyzes one’s person in detail.

Why is it important for synastry? It is of the essential importance, since in synastry, an astrologer compares natal charts. Aspects they create amongst themselves, the energy they exchange all become more meaningful once you know details about each one separately.

Unlike in a composite chart, which is natal charts merged, synastry is a comparison between charts put in relation.

What could you learn from a synastry report? Synastry could show compatibility of natal charts. Most commonly, people are interested in compatibility in terms of a romantic relationship.

The synastry report offers you an insight into how compatible you were with your partner or a potential one. It could suggest in which directions your relationship could develop.

Synastry would study aspects that planets from one chart create with those from the other one. These specific aspects would tell much about the nature of your relationship and possibly explain certain experiences you cannot well understand.

Synastry could be an insight into an ongoing relationship, just as it could tell about the potentials of a relationship that one thinks about starting.

The aspects found in synastry report could be favorable or heavy, just as aspects in a natal chart; they are the same, but in synastry, they explain the compatibility, while in a natal chart, they stand for internal characteristics, tendencies and more. Aspects could be good or difficult.

Good aspects are something you would wish for, but no relationship is perfect. Heavy aspects thus should not be discouraging, though they have to be challenging.

We could say that difficult aspects, such as squares are a good test for a relationship. They make the dynamics of it in their specific way, but always need careful management.

The synastry report could be of a great value, because it explains otherwise hardly understandable tensions and conflicts and could, thus, lead to resolving such problems.

Saturn in Mythology and Astrology – The Importance in Synastry

Saturn was one of the most important deities in Roman mythology. Greek counterpart of this deity was Cronus, who was not particularly loved amongst Greeks.

Roman Saturn was, however, associated with sowing, harvest, and agriculture. Romans believed Saturn was the one to have first taught people how to work soil and pick its fruits.

Roman Saturn was represented as an older male god, with a sickle in his hand. The era in which Saturn ruled was considered the golden age of humankind.

However, the meaning of the planet Saturn in astrology is closer to Greek interpretation of this deity. In astrology, Saturn is considered the most maleficent planet, a heavy and burdensome one.

It is known as the planet of pain and suffering, restrictions, illness, old age, limitations. It is best understood in contrast to Jupiter, the planet that represents expansion, growth and development, luck and fortune. Saturn is generally taken as a heavy and unfortunate planet. However, even its ominous characteristics have their purpose.

Saturn teaches us lessons, though in an unpleasant, sad and difficult way; Saturn’s lessons always come through suffering of a kind. Saturn is astrologically associated with the form and the structure, represented as a cross above the crescent moon.

Saturn represents the Soul limited by the Matter; our physical boundaries rule over irrational, with Saturn.

This planet represents the matter in all of its structure, form, restricted and limited shape. Saturn represents old people, loners, ancestors, as well. The planet rules the strict sign of Capricorn.Saturn checks out everything, suspects.

It is associated with dark abandoned places, with poverty, chronic diseases, with past and history.

However, although no one is happy about being affected by Saturn, this strict and cold astrological teacher is inevitably important. It teaches us discipline, responsibility, tradition, patience, perseverance.

Saturn teaches lessons for life, although those could be hard to swallow. We shall see how it plays along with mysterious dreamy Neptune in synastry.

Neptune, god of the seas, Greek Poseidon was a deity to awe. Neptune has always been considered an impulsive, violet even, unpredictable god, just as the immensely powerful water spaces are. No one could control the might of waters of the world, only Neptune.

Neptune was believed to protect sailors, but also to cause earthquakes and disastrous seas storms. However, Neptune’s meaning in astrology is a bit different.

We could say that the astrological planet Neptune is closer in its symbolism and meaning with the meaning of the element of water as it is.

The uninvestigated, mysterious, unknown depths of the oceans are the closest analogy to Neptune’s mysterious nature. Most astrologers would describe this planet as characteristic.

Neptune is a dreamer, a poet, an imaginative one, lost in fantasies and fancies, a daydreamer, an idealist, a romantic. Neptune is creative and inspiring, imaginative and visionary in its own, peculiar way.

Neptune is strong in individuals that feed on the inspiration itself. Mystics, spiritualists, ones with psychic abilities, artists, especially painters and musician are very likely under a strong influence of Neptune.

Neptune rules the most mysterious and dreamiest sign of the zodiac, Pisces. Neptune is enigmatic, its nature elusive, it is the planet of illusions. It could be healing, just as it could be poisonous.

Its nature is tricky and it often happens that Neptune imitates the vibe of personal planets it stands in aspects with. Neptune always brings in some kind of confusion, mystery, even deception.

People usually think its influence cannot be of major importance, since it is a transcendental planet and very distant. The trick with Neptune is that its influence is under skin, difficult to catch.

This is one of the heavier aspects in astrology. Square is a 90 degrees angle planets form in an astrological chart and its energy is tense. The square brings negative arguments, conflicts, problems, tension and pressure.

It does not put planets in an open opposition, but it does not allow the free flow of energy.

The square aspect calls for action meant to resolve the tension. It should make you become aware of the problem.

In young people, this aspect usually remains within the level of the unconscious, so young ones often try to resolve tensions by impulsive reactions, without thinking through them.

Squares require finding harmony and balance within the area of life affected by such an aspect. It is important that you become aware of it so that you could work it out.

Square imposes tensions that are meant to be resolved. If you fail, it would bring troubles over and over again.

This is indeed a curious connection of two very different planets. Saturn person is all about reality; Saturn is realistic, trust only the things he or she could see, touch and check out.

Saturn would over analyze things, just to find something to hold on realistically. This strict one believes one has to work hard and with discipline, in order to achieve anything in life.

Even a relationship could be seen in this light, with a strong Saturn.

Saturn person does not like abstract things, he or she would label them silly, while the truth is that they seem scary to them, since untouchable, invisible, uncatchable. They make Saturn feel insecure and instable; just think about the stubborn Capricorn characteristics.

However, the Neptune person offers an insight into a completely different world.

The world of dreams, imagination, fantasies, everything that is genuinely abstract, it is where Neptune feels at home. The heavy square aspect between the two would bring in many misunderstandings and, in fact, inability to understand one another.

Such a situation makes the Saturn person do the best in order to control Neptune’s view on reality, to bring him or her back to earth, to impose systems, structures and schemes Saturn find fitting, organized and strongly believes to be the right thing.

However, these attempts on controlling the dreamy Neptune would never end up nice.

There are very strongly drawn differences between these two.

The key is not to try to control the other one (usually Saturn controls neptune9, but to try to find understanding and/or tolerance to what you cannot understand.

Neptune, in a typical manner could deceive and lie, just to avoid unpleasant situation, but it is not necessary, if Saturn does not push too hard.

The square aspect calls for finding tolerance, although it is not an easy work to do. However, if you manage first to accept your differences, which could be more difficult to Saturn partner, the one who needs security and has hard times accepting the abstract ideas, and then try to understand them, things could work out fine.

Sometimes the acceptance would be enough, though difficult to swallow at first. Neptune would stop trying to avoid the unpleasant arguments and explanations he or she cannot offer to strict and disciplined Saturn and Saturn would be more relaxed with Neptune’s natural elusiveness. Of course, all other aspects would play a role in a relationship.

However, Saturn square Neptune aspect should be taken seriously, since we have two dramatically different natures in an aspect that leads to problems, though calls for solution and opens a path to resolving things.

The great thing about this connection is that, if you manage to overcome its ‘burden’, both of you would grow both individually and in a relationship as a whole.