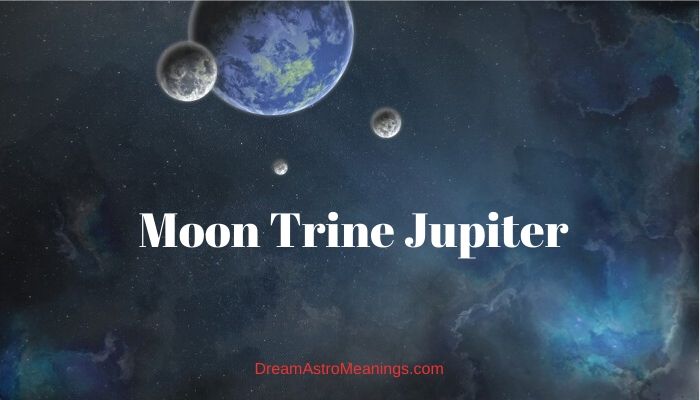 There’s no doubt that planets influence life on earth and every individual in particular. People have noticed that long time ago. They gathered their knowledge about the planets and stars in a discipline which they named astrology.

Astrology is a study of planetary influence on human life and the world in general.

Natal chart is a chart composed of planetary positions in some moment in time, usually the moment of someone’s birth.

Planetary positions in signs and houses of the natal chart, and the aspects between the planets can give us much information about the individual’s characters and their future.

The houses where the planets are placed give insight about the areas where the person’s attention will most likely be focused and where the majority of activities will unfold.

The aspects between the planets describe the person’s character traits as well as the events they are likely to encounter during their lifetime.

The aspects are angles formed between planets. They can have either harmonious or challenging nature or influence on the individual.

The aspects can be main, or major and minor. Main aspects are the most important for astrology analysis. They are conjunctions, sextiles, trine, square, and opposition.

Trines are major aspects and are considered fortunate. They form when the planets are at 120 degrees distance. They have a balancing influence on the planets creating the aspect and allow the planets to cooperate.

This aspect creates many opportunities for success and fulfillment of goals. It also gives the planet space to express its best nature. Trines are considered the most favorable of all aspects.

Astrology can also analyze whether a relationship between two people will be lasting or not.

It can determine whether the partners will experience conflicts or the relationship will unfold smoothly. The technique astrology uses to determine relationship compatibility is called synastry.

Synastry analyses the birth charts of two individuals and compares the planets in these charts.

It determines the aspects between the planets and the houses where they are placed in the partner’s natal chart. This will show the areas where the partner influences the owner of the natal chart.

Aspects between their planets show the dynamics of the relationship and the basic compatibility between the partners.

Usually, hard aspects between planets in two charts are a sign of incompatibility and in some cases conflicts and disagreements.

For this relationship to be a successful and lasting one there needs to be some additional support from beneficial aspects between their planets.

If the aspects are predominately challenging, this is not a good thing for the relationship because it might be a constant cause of conflicts and disagreements; this is often a short-term relationship because of the tension that is created, but if it does last, it will probably be at the cost of both partners.

When the aspects are flowing and harmonious, this is a good sign for the relationship. Harmonious aspects between the natal charts of two people usually indicate compatible characters.

These two have genuine love and interest to be in a relationship. They are ready to make compromises and accept their partner’s differences.

Sometimes the analysis shows no significant aspects between the natal charts of two people.

Although this usually shows lack of interest on both sides, it doesn’t have to be a sure sign that the relationship isn’t possible or won’t happen at all.

The Moon isn’t a planet, but Earth’s natural satellite. Its origin is not confirmed, but it is believed that it formed from debris after the collision of Earth with an asteroid, some 4.5 billion years ago.

The Moon is believed to be formed not long ago after the Earth. According to some, the Moon is artificially made by aliens. After the Sun, this is the brightest object on the sky, and the brightest on the night sky.

Another strange thing about the Moon is the fact that we can only see one side of it from the Earth.

The Moon is ruling the sign of Cancer and its exaltation is in Taurus. In astrology Moon rules emotions and our subconscious, our beliefs and habits. The Moon in our natal chart reveals the level of comfort we desire and possess as well as the areas where we feel most comfortable.

It is the ruler of our home and it reveals our attitude towards our home. Moon rules nurture and care, and its placement can tell a lot about how much we care about ourselves and of others we care about. It reveals how we deal with the issues we confront.

The Moon rules women in our life, and is the ruler of our mother. It rules our motherly instincts and our feminine side. It can show how much we embrace our femininity.

It also rules our intuition and reveals whether we are connected to our inner guidance.

People with strong Moon influence are often very intuitive. They are also moody because Moon rules our moods. These people are usually prone to mood swings and unpredictable reactions seemingly without a reason.

The Moon also rules our emotional life and our memories. This means that people under the influence of Moon tend to hold on to their memories and their past and often that prevents them from living their life and looking into the future.

They have problems letting go of the past and allow it to block their life. These people are usually very emotional and sensitive.

Moon people are usually home types. They love their home and their family and enjoy spending time there. They are very caring towards their loved ones and would protect them from any harm. They are often very shy.

The planet Jupiter is the biggest in the Solar system. Its composition is mainly hydrogen, and this planet doesn’t have solid surface.

The name comes from the Roman god of the sky. Jupiter was the king of gods and very respected by the ancient Romans.

Jupiter is a lucky planet and is considered lucky since ancient times. This planet usually has very beneficial influence and is said to bring good luck, abundance and wealth into human lives.

People with well-placed Jupiter are very lucky and are considered to be blessed by the Universe. These people don’t wait for the opportunities to come; they literally knock on their door. They also easily earn money and are usually financially secured.

This planet rules Sagittarius and its exaltation is placed in Cancer. When it’s in these signs, Jupiter is most powerful. In Capricorn Jupiter is in fall and in this placement it doesn’t feel well.

The planet Jupiter has a fortunate nature and usually doesn’t bring catastrophic events into the person’s life, even when it’s badly placed in the natal chart. Sometimes it can cause disasters, usually related to finances.

Jupiter in challenging aspects might cause the person to be reckless with their spending, prone it unnecessary risks and gambling which can ruin their financial security, and in worst cases cause bankruptcy.

When Jupiter is well-placed in the natal chart, it can bring great fortune to the person. The wealthiest people usually have a prominently placed Jupiter in their natal charts. Jupiter brings wonderful opportunities for success and fulfillment of our goals.

This planet is generational because it influences the generations born during its transit through the same sign.

The trine aspect between one person’s Moon and other person’s Jupiter is a lucky aspect and helps in maintaining the relationship between two people.

They help balance and neutralize all differences between their characters. They enjoy being together and willingly put in the effort to resolve any kind of issues that arise between them.

The Moon partner truly appreciates Jupiter’s moral traits and their generosity. The Moon person will feel privileged to be with someone who is so knowledgeable and confident.

These two easily get along and make agreements about their mutual activities. The Jupiter person is usually the one giving the initiative for action and the Moon person happily accepts it.

The Moon person will enjoy being around Jupiter who can help them expand their horizons and learn a lot about different cultures and spirituality. Together they might experience a lot of adventures.

The Moon person is usually a home type, but like Jupiter, he is also drawn to distant travels, especially across the sea. These two can be very protective of each other and generous in fulfilling each other’s needs and desires. They are tolerant to each other’s differences.

The Jupiter person, who can often be unaware of their sometimes unbearable and insulting honesty and openness, will be very careful not to hurt Moon’s feelings or offend them in any other way.

Together these two can create abundance. The Moon is also a planet related to increase and accumulation, and when these two are in combination between the natal charts of partners, this can indicate that they are a good combination for doing some business together.

Moon simply adores being around Jupiter because they bring them feeling of happiness and joy.

This is very important because of Moon’s tendency to change their mood and easily get into a negative phase. Jupiter is always optimistic and no one in his presence can remain sad or in a negative mood.

Around Jupiter, the Moon person cannot even try to be grumpy or sad as he often behaves.

These two sincerely respect each other. Jupiter respects the Moon person because of their traditional approach and love for family. Jupiter isn’t always a family type, but he is a good host and loves to make people happy in the coziness of their home.

They both love good food and can be prone to overindulging in eating, which often makes them weight issues. They both love cooking, and this is something these two will enjoy doing together as well.

When one person’s Moon makes a trine with another person’s Jupiter, this is a good indication of a long and fruitful relationship (providing other aspects don’t negate this claim).

This aspect helps to maintain stability and good communication between the partners, and is good for neutralizing challenging aspects which might be present between their natal charts.

This aspect is often an indication of mutual respect and admiration between the partners.

Jupiter will make sure his often reckless and thoughtless words and reactions don’t hurt their Moon partner, and the Moon person will enjoy learning new things and expanding their knowledge on foreign cultures and spirituality.

They can experience many adventures together, because they both love traveling to distant places.

Also, they will be joined by their love of food and cooking. They will enjoy preparing their meals together and eating them afterwards.

This might be the reason for getting more weight than is recommended, but this is also a trait they both share. They love to eat and this is often visible on their physique, especially in their older age.

These two are excellent hosts and enjoy preparing delicious food for their friends and family members.