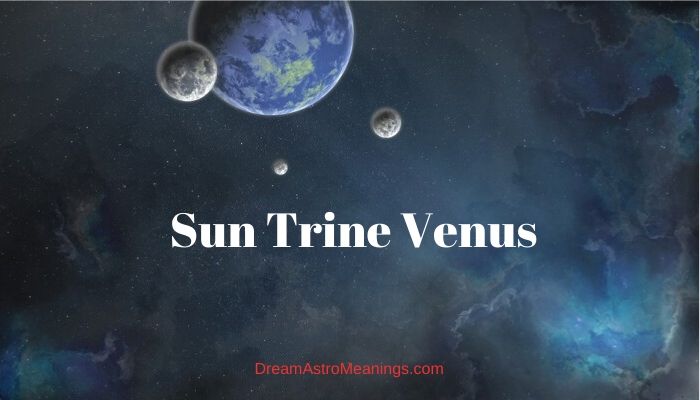 The fascination with the stars and planets and their influence on human life and the world in general is as old as humanity and it never seizes to attract new followers.

The knowledge about the stars and planets and their influence on things and people increased through time and is gathered in a discipline called astrology. Earlier in time this knowledge was not available for the masses.

Today, this knowledge is available to everyone who wants to gain it, which is truly a fortune of our days. Even though astrology has many records of accurate predictions throughout time, it still hasn’t gained a science status, but is unjustly considered a pseudoscience.

It might sound impossible to many, but the positions of planets during the time of someone’s birth determine their character and their destiny.

Planets influence our traits and our choices and the path we are likely to choose in our lifetime. They also describe the events we are most likely to experience.

Astrology uses various techniques for analyzing the planets in our natal chart. Most commonly, astrology analysis consists of analyzing planet’s positions in signs and houses of the birth chart, and the aspects they create.

The positions of planets in signs are important, especially for the personal planets, such as Sun, Moon, Venus, Mars, and Mercury. These placements determine our basic traits.

The aspects are also important for our personal traits and planets in the houses of the birth chart show where our focus will be and where the majority of activities will take place.

The aspects between planets can be favorable and challenging. The main division of aspects is on major and minor aspects.

Favorable aspects have a calming nature and help the planets cooperate. The person gets the most of both planets when they are connected by a favorable aspect.

These aspects allow the energy of the planets to be expressed freely. They create opportunities for success and progress.

Challenging aspects, on the other side, create blocks and obstacles. The planetary energy is restricted and the planet shows the worst in its nature.

These aspects prevent people from getting what they want or make them put in a lot of effort to achieve their goals.

Trines are major aspects with favorable nature. They form when the planets are at 120 degrees distance. They are considered the most fortunate of all aspects and bring prosperity and progress to the person.

Trines allow the person to achieve success without putting much effort.

Astrology can be used to analyze relationships as well as individual charts.

The idea behind analyzing relationships is that people who interact with one another bring their planets in that interaction as well. Their natal charts come into contact when they form some kind of relationship.

Astrology has a technique called synastry which analyzes the connections between people’s natal charts to determine whether they are compatible or not.

Synastry does that by comparing natal charts and determining the aspects between the planets as well as the placements of the planets in the partner’s natal chart.

The placements of the partner’s planets in their partner’s natal chart are very important, because they reveal the areas where this person will likely have an impact on the owner of the natal chart.

Also, the aspects between their planets reveal the nature of their relationship, whether it is likely to be a harmonious or conflicting one.

Favorable aspects between two natal charts are a promising thing for the longevity and stability of the relationship.

These aspects help neutralize the negative aspects between their planets and help the partners in their efforts to maintain their relationship.

Such aspects are usually an indication of compatible natures of the partners and sincere interest for each other and their relationship.

They are usually doing their best to keep their relationship stable and resolve all their issues before they become a problem.

Challenging aspects between two natal charts are not a good sign for the relationship outcome.

With challenging aspects the partners often don’t have enough will and motivation to fight for the relationship. They are not tolerant to each other’s differences and usually allow their issues pile up instead of resolving them.

These relationships in the worst cases might be full of violence. They usually don’t last long, or if they do last long, they represent a torturing experience for the partners.

The Sun is not a planet; the Sun is a star. The Sun is essential for life on our planet. The Sun’s composition is mostly hydrogen and helium.

According to the existing data, the Sun was formed around 4.6 billion years ago.

Because of its enormous importance which was known to ancient people, the Sun was worshiped as a deity by many ancient cultures.

In astrology sense, the Sun symbolizes life force, energy, willpower, consciousness, etc. It reveals how big our ego is and how rational we are. People under a strong impact of the Sun exhibit its traits.

Depending on the aspects the Sun makes in their natal chart, they can either exhibit the good and the bad qualities of Sun.

The Sun is ruler of Leo and its exaltation falls in Aries. The Sun also rules ambition, initiative, progress, devotion, fame, successful and wealthy people, famous people, abundance, vitality, self-reliance, and similar matters. It rules men in our lives.

The Sun’s placement in our natal charts shows our primary motivators in life and reveal where our focus is.

The planet Venus is the brightest object on the night sky following the Moon as the brightest. This planet is considered the ruler of love and beauty since ancient times.

Because of its brightness and visibility, it was since ancient times referred to as the “morning or evening star”.

The name derives from the ancient Roman goddess with similar rulership.

Venus is the ruler of Libra and Taurus and its exaltation falls in Pisces. There it feels best.

People under the influence of Venus are lovers of beautiful things and beauty in general. They love to watch it as well as to create it, and are often artistically given and creative.

If Venus in the natal chart is afflicted this could cause the person to be reckless with their spending, lazy, with tendency to procrastinate, self-absorbed, and selfish.

This can also make the person prone to bragging and manipulating others.

They can be narcissists, spendthrifts, and irresponsible. They love indulging in pleasures and this can jeopardize their finances. They can think only about themselves and their needs.

When Venus has favorable aspects it makes the person gentle and well-mannered and very considerate towards other people’s feelings.

These people are very sociable and don’t like being alone. They cannot remain single for a long time.

The trine between someone’s Sun and another person’s Venus is a beautiful aspect both in synastry and in individual charts.

This aspect promotes stability and longevity, and true love in the relationship.

This is a common aspect in long-term relationships and marriages. The partners feel as if they belong together and there is a sense of peace and calm that characterizes their relationship.

These two usually share similar interests and their natures are compatible. They desire to help their relationship last and they both grow through their partnership.

There is also a strong emotional bond between them.

The Sun person finds Venus beautiful and very attractive, and Venus admires Sun’s strength and confidence. They are both willing to do anything to please the other.

This aspect is very important as neutralizer of negative aspects between their planets, because it reminds them both how precious their relationship is and how important is to preserve it.

They are very tolerant towards each other’s differences and willing to put the effort to resolve any issue they have.

These two often experience financial gains and fortune through their companionship. They admire and respect each other sincerely.

The Sun/Venus trine is one of the best aspects that exist in synastry. They might be prone to idealizing one another.

The trine aspect between the Sun and Venus in synastry is a very favorable aspect.

It helps the stability and longevity of the relationship itself. It neutralizes negative effects of challenging aspects.

These two truly love and understand each other and there is genuine interest to maintain their relationship.