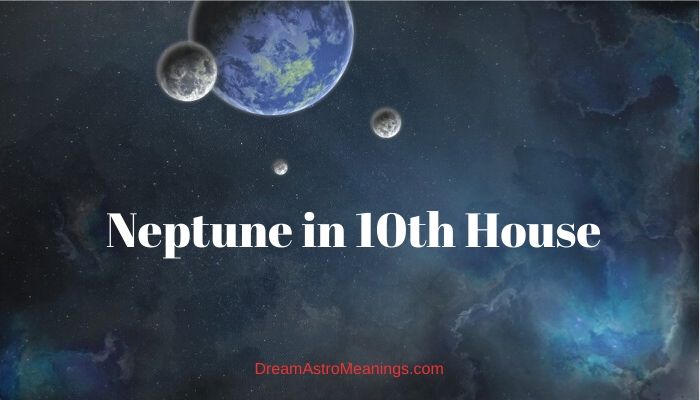 Reading an astrological chart is an amazing, but not an easy process. Astrology is a complex study of people’s destinies and lives, seen as a reflection of the Universe in a microcosm of an individual human being.

Although many are reluctant to designate astrology as a science, this ancient study of the stars has many elements of many acknowledged, official scientific fields. However, it merges the transcendental with the astronomical, so to say.

Astrologers claim they could read your destiny from the stars. In a way, they really do so.

Although people commonly think it predicts events, what astrology does is revealing potentials.

A natal chart tells about one’s personality traits, temperament and character, but it is also a treasury of information one one’s potentials.

Astrological houses, representing areas of life, reveal our potentials of experiencing those areas.

It all depends on one’s attitude and about making the right move in the right moment and place. This is what the tenth House is about. It is about your potentials regarding all of this.

Favorable circumstances your tenth House could point out mean nothing if you do not act according to them, so that you could take out the best out of your fortunate Tenth House.

Planets and generally indicators in the Tenth House could help you recognize the moves that would likely lead to success.

For example, they could suggest doing something that appears unnecessary or unimportant, in the first place.

In addition, failures on the professional plan could be avoided in time, if you have a good insight into your Tenth House.

Neptune in Mythology and Astrology – Planets in Houses

Neptune or Poseidon was the deity of the sea, in Roman and Greek tradition.

After Zeus has defeated Cronus, he divided the rule over the world with his two brothers, Poseidon and Hades.

Poseidon got the rule over all of the waters, while Hades became the lord of the underworld, the realm of death. Poseidon was not quite satisfied with his prize so he fought his brother Zeus, the supreme god, many times.

Poseidon or Neptune was known as an impulsive, aggressive and violent deity. He was the earthquake maker and a god you would not like to challenge. Sea storms and earthquakes were his domain.

However, he would also protect the sailors and decide the outcome of sea battles. Of course, it would be good to please the cruel god and have his power on your side.

In some of the Greek traditions, Poseidon was also the god of horses.

He created the first one and taught people how to tame and make use of those incredible creatures.

Neptune’s nature could very unpredictable, temperamental and impulsive. The astrological planet Neptune is not that impulsive and raging as the lord of the waters, but its nature could be described as somewhat unpredictable. It is elusive, to say the least.

The nature of this planet is closer to the symbolism of the very element of water.

Neptune is a distant planet, travelling slowly around the Sun, affecting rather whole generations than individual lives. Some say its influence is not that significant when it comes to natal chart readings, but that is not entirely correct.

The influence of Neptunian energy is subtle, hidden, covert and difficult to recognize. If this transcendental planet forms aspect with personal ones, it would have a more direct impact.

Neptune’s energy is very elusive and strange. This is the planet of dreams, mystery, imagination, spirituality and intuition.

People with a strong Neptunian influence are commonly artistically and poetically inclined, daydreamers, psychics, lost between the realm of fantasies and that of reality.

They easily lose touch with the physical world and tend to look at life through the veil of dreams. They are genuine dreamers, intuitive, eccentric, incredibly imaginative.

In a natal chart, Neptune would define someone’s perception of reality. Depending on aspects and of position of the planet, the perception could be realistic and the imaginary potential somewhat controlled, but it could be very unrealistic, delusional.

Neptune is the planet of illusions, lies, secrets, fraud, trickery, deception. It easily carries you away to the dreamland and makes you forget about the ‘real’ life.

Neptune is the ruler of Pisces, the most elusive and mysterious sign of the zodiac. No one knows what a Pisces thinks or where his or her thoughts wander.

The element of Water is very strong with this blue planet. Its profoundness and its unexplored depths are a thing with all the people who have an emphasis on Neptune.

Attracted to mysteries and esoteric, these people often present with psychic abilities and they also make excellent astrologers.

Some say that a bit of it energy is like a cure, refreshing and purifying, but too much of it could be a complete disaster and act like a poison.

Neptune is the agent of confusion and indecisiveness, the planet vices, as well. It all depends on your natal chart; Neptune could be a blessing, but also a curse.

One thing is certain; it makes one very intuitive, spiritual and creative individual.

Let us see how what magical pattern Neptune weaves in the Tenth House.

Neptune in the Tenth House – Neptune in 10th House

Neptune in the Tenth House indicates a person who does not care about trends related to the career goals. This is a person more inclined towards the artistic domain, including writing, painting, fashion, film, photography and else.

If Neptune was in challenging aspects, this person could lose the sense of self within the professional area of life.

The strengths of such positioned Neptune are many. The person tends to be hard working, dedicated and generally very open, approachable. Elegance and a sophisticated taste are also a common characteristic of these people.

On the other side, they tend to be perfectionists, which makes them very judgmental and easy on criticizing others, which could be counterproductive. It definitely makes them difficult to deal with.

These people tend to focus on their personal goals and to neglect their family and the closest ones. It is something they should work on. These people could become very ambitious, overly ambitious, being visionary, highly intuitive, very creative and inventive.

Yes, they dream big and sometimes get lost in heights of their fantasies. They are distinctively artistic type of people.

However, they often spend years and years wandering around, seeking for their true call.

Their perfectionism and insecurity that comes with it makes them doubtful and indecisive, at times. They are afraid of not being able to reach perfection in the domain of something they truly love.

Disappointment is perhaps one of their greatest fears. Many of them are too self-demanding.

Like most of Neptunian people, Tenth House Neptune people have difficulties to accept responsibilities.

If their Neptune was in challenging aspects, they have really hard times deciding on their life goals and the directions. This comes from the fear of disappointment we have mentioned.

They are visionary and they do believe they were special, so less than perfect within the field they care about simply cannot pass.

They often end up doing something they do not actually want to do. By doing so, they protect themselves from the potential disappointment.

If they do not care much, what could be lost anyway? Complicated fellows, one has to admit. The problem usually lies within the domain of demands and expectations.

These individuals should think about whether their goals were too high or not. They should ask themselves if their expectations were too idealistic, to the point of irrationality.

In some cases, their confusion comes from the outside. Possibly, the roots of indecisiveness come from their relation with their parents.

For example, overly protective parents or those who have insisted that the child should follow a path they decide are both scenarios that could lead to the indecisiveness about directions later in life. In addition, their superiors often underestimate their work.

It is a pattern that makes these individuals unable to recognize their own vale, partially because they do not believe their own talent.

It is a paradoxical combo, since they are perfectionists, meaning they do strive for the best, but at the same time, the doubt if they could achieve it.

They should trust their abilities and dare to take the risk of being disappointed. It could hurt, but it would prove not to be so scary after all.

Neptune in the Tenth House – The Artist

Their true call is art, there is no doubt about it; the art in the widest sense possible. It could be the art of healing, as well.

Medicine, design, counseling, painting all have something in common, even though it might not appear so in the first place. Each needs an inspiration to work.

These individuals feed on inspiration. They need it as food and a fuel for their activity. They are guided by ideals and dreams. They could make those happen, if only they find the balance between the reality and their ideals.

Their goals are noble and visionary and they always want to achieve more. They need freedom to express their ideas and to move around. They could do well in the area of charity, as well.

We could say that these individuals are artists of life. They want to contribute to the greater cause and it is what makes them feel satisfied, fulfilled and happy.

Their worldly contribution could find many channels, however. They are very imaginative and creative people, often opting for an unusual career path, something not that conventional.

Their visionary nature could have them doing many things at once, taking up more than they could actually handle, which could be confusing and potentially destructive.

Indecisiveness is their greatest curse and something they should really work on.