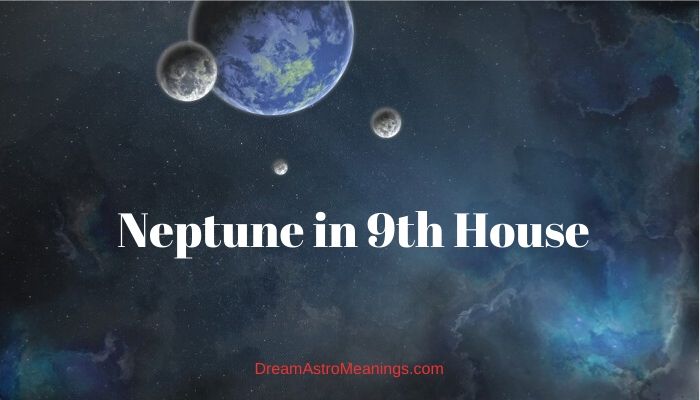 For thousands of years, people have been observing the sky, in order to find answers to the question of our existence and our life the way it is. Astrology tries to answer these questions.

Many would argue whether this ancient ‘science of the stars’ was a real science or not. Well, the truth is possibly somewhere in between.

In any case, astrology is a very complex system.

Astrological houses are one of the three main elements that constitute a natal chart. The other two were zodiac signs and the planets.

The aspects and the positions these form define one’s personality traits, aspirations in life, potentials and everything that would fulfill one’s needs or manifest as a burden to deal with.

Astrological charts reveal all the challenges we would face and our potentials to overcome them.

Astrological houses are segments of astrological charts. Each of them represents an area of life.

The position of planets and other elements inside the houses tell about how the native would experience a particular segment of life.

There were twelve houses we could divide into angular, succedent and cadent houses or Fire, Earth, Air and Water Houses. Each group presents with specific characteristics and nature.

This field is also associated with education, especially with high education, with exploration, cognition, beliefs and faith with spirituality and with expansiveness.

It is also the field related to distant lands, travel, contacts with foreign places and strangers. This is the house related with one’s desire to know more about the life and to expand their views.

The ninth field is commonly associated with the concept of marriage and with divorce; it especially has to do with the second marriage. This is the field of fortune and success, mostly related to the professional area of life.

The Ninth House also tells about the potential for collaboration with foreigners, such as, for example, the business related to export and import.

It is also associated with the potential to influence large groups of people, especially through writing and publishing activity.

The Ninth House is analog to the sign of Sagittarius. This is one of the cadent houses and it is a Fire house.

Neptune in Mythology and Astrology – Planets in Houses

Astrologically speaking, Neptune is the planet of psychic, mental and creative abilities, the planet of imagination, intuition and of artistic talent.

This is also the planet of illusion and confusion. It represents spirituality. Effects of the planet Neptune depend on aspects it forms.

The effect of this planet is always subtle, not easy to cath. It crawls under the skin and it is hardly noticeable.

If Neptune was in favorable aspects in a natal chart, it provides the native with impressive mental and psychological abilities, great artistic and creative talent and perfect intuition.

People with Neptune in flowing aspects have a rich imagination, they are highly intuitive and spiritual.

If Neptune was in not so favorable aspects, its delusional, tricky nature unfolds its deceptive threads. It makes one indecisive, confused; it makes one an escapist, a person who would easily surrender to vices and see to escape reality with every single opportunity to do so.

Neptune is the planet of deception and of lies. The position of Neptune in signs tells about the attitude towards life, in terms of being realistic or not.

The position of Neptune in a natal chart reveals one’s perception of reality, whether it was irrational and delusional or down to earth and, well, realistic. This planet is associated with the element of Water and it rules the sign of Pisces.

As you probably know, Pisces sign is the most mysterious and the most psychic and imaginative one. Nature of the planet Neptune is pretty much the same.

In Greek and Roman mythology, Poseidon or Neptune was the god of the sea, one of the three divine brothers that have divided the rule over the world between themselves.

Poseidon, the ruler of the sea, was not quite satisfied with his part so he did fight his brother Zeus (Roman Jupiter) on several occasions. Neptune was not a really pleasant deity, but an impulsive, violent, easily enraged one. He was responsible for earthquakes and sea storms.

Mythology of Poseidon/Neptune is rich. For example, Ancient Greeks believed he has created the first horse and taught people how to use these animals.

In spite of his unpredictable, aggressive and irritable nature, Poseidon was considered a protector of sailors and the god who would decide the outcome of sea battles.

Of course, it would be great to have his power on your side.

In astrology, Neptune might not appear so aggressive, but very subtle. However, its energy is strange, mysterious and we could say it was unpredictable, in a way. Hard to read, in any case.

This is one of the transcendental planets, very slow and distant, so many think it does not play a particularly important role in a natal horoscope.

If it forms distinctive aspects, especially with personal planets, its influence will be strong, though.

We will be talking about one aspect of the Neptune’s position in horoscope, Neptune in the ninth astrological house.

Neptune in the Ninth House – Neptune in 9th House

Planet Neptune feels at home in the Ninth House. People with such positioned Neptune have an incredibly strong intuition.

Some of them could develop psychic abilities and have prophetic dreams.

These people have a philosophical and moralistic view on life. If Neptune in the Ninth House was in non-harmonious aspects, it indicates fanatic attitude towards philosophy and religion.

Strengths of Neptune in the ninth House are focus, high education and a caring attitude, while challenges individuals with such position of the planet of illusion are indecisiveness and elusiveness.

The greatest risk these individuals face is escapism, inability to stay within borders of the real world; their fantasies and dreams, carry them away, to the point of losing their ground and contact with reality.

People who have Neptune in the Ninth House are very spiritual. They rely on the Universe and forces of the cosmos, trusting their inner voice. This attitude has its good and its bad sides. Trusting the cosmic law makes them very positive people, optimistic and relaxed.

However, if they simply surrender to this cosmic destiny, they end up very lazy and inactive, as if the universe would take care of everything in their place.

Their faith is strong and unshakeable, although they should see how to keep their feet on the ground. They tend to be too dreamy and are easy to get lost in the world of imagination.

Other details in a natal chart would tell if the person was too elusive and dreamy or not, of course.

Being very spiritual, sometimes they forget there were concrete things to be done in the physical realm.

Neptune in 9th House – Between Dreams and Reality

People with Neptune in the Ninth House often lack self-discipline and tend to look on the world through pink eyeglasses.

This optimism is good, but delusional. Facing the reality is inevitable and when it happens, it would strike them very hard. They generally have hard times dealing with reality.

It applies to both the major and the minor plan. Just as they ignore negativities in the wide real world, they do similar in their own lives.

For example, they do not think much about consequences of their own activities. They rely on their intuition and it serves them well.

However, sometimes they also get tricked and they fall for beliefs that are not good for them. They have an eccentric style and are highly artistic and poetic, which makes them prone to all kinds of behaviors; some good and useful, some not as much.

These people tend to dream big and they often have unrealistic ideals. Neptune and the Ninth House are related to the concept of expansion, which is a good thing.

It means that natives with this astrological combo would have many opportunities to grow and achieve amazing things in life. They are idealistic and optimistic, even if the clash with the reality could be very painful to them.

These individuals strive for the enlightenment, not caring much about the material world. It does not mean much to them.

This faithful attitude towards the life and the belief in cosmic justice and order they see themselves a part of is like a two bladed knife.

On one side, it gives them the incredible strength; no one could bring them down and break their faith.

On the other side, their idealistic views, combined with fantasizing make them elusive, delusional.

We could safely say, the planet of illusion could provide them with a dangerous amount of optimism.

Of course, it is much better to nurture a positive attitude towards life, the world and the people.

However, being too optimistic often means you do not see the reality. It is a defense mechanism and it could be counterproductive. These people tend to hear only what they desire to hear, ignoring everything else.

These people are typically introverted and very private person. Their spirituality is profound and powerful.

What is very interesting to note is that it often seem that the universe they so strongly believe in actually answers their faithfulness, in a good way.

They can create a reality to their own taste, but it is vital to find a balance between the world of imagination and the tangible life around.