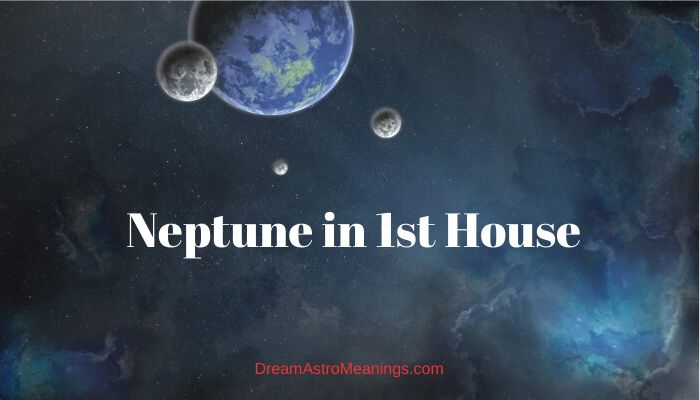 The usefulness of astrology is often underestimated in modern days; people know about it mostly through their shallow knowledge about the Zodiac signs which they use as a fun topic for conversation.

Zodiac signs can reveal a lot about someone’s personality, but astrology is much more than our Sun signs and can give us insight about many other matters.

Astrology interpretation starts by creating a natal chart for a specific moment in time; a natal chart consists of the positions of the planets in that moment.

In earlier times the calculations were done manually, and this process required a lot of time and knowledge; nowadays, they are created in seconds, using computer programs.

Analyzing the charts is still a work which requires a skilled and experienced astrologer.

The study of astrology is very useful, because it can reveal many details about people’s personal traits, beliefs, interests, relationship potential, life events, outcomes of situations and give us answers to many other questions. It has many techniques which are used for the interpretation.

The natal chart contains 12 houses where the planets are placed. They all have a specific meaning and areas of rulership.

The significant houses are the ones with planers inside; they reveal a lot about the person’s focus of attention and their activities.

The houses with planets give additional details about personal traits and possible life events.

The planets influence the house where they are placed with their meaning and energy.

The houses of the natal chart are also important in synastry analysis. Synastry is a technique that predicts relationship potential and lasting power of unions.

It compares the natal charts of two people to determine their compatibility; it also analyzes the meanings of the planets from one chart placed inside another chart to determine the possible impact of the relationship on the partners.

The planet Neptune is freezing cold, and is the second coldest in the solar system. It is mainly composed of rocks and ice, helium and hydrogen.

The name Neptune derives from the god of water and sea in ancient Roman times.

They could be prone to deceiving others, betrayal, lying, manipulation, disillusioning themselves, and express other kinds of dishonest behavior. They could also be prone to addictions and escapism of other kinds, to remove themselves from the reality they dislike.

Neptune events often happen when Neptune is aspected by transits and progressions. Those who are influenced by Neptune, often sense its influence stronger than other people.

Those with Neptune as the ruler of their chart are often very emotional and sensitive. They are often talented for art and choose it as their profession.

When Neptune is afflicted, they could be confused and disorganized. Neptune people often lack focus; they are also prone to isolation and moments of retreat from other people. When Neptune makes challenging aspects in their chart, they are prone to addictions, such as drugs and alcohol, criminal behavior and manipulations.

Neptune rules religion and religious authorities, which is why the person with a strong Neptune in their chart can be very religious or in some ways be involved in religious institutions.

Many of these people possess psychic abilities and strong intuition; they often use these gifts when making decisions and to help others. Many of them are interested in secret knowledge and sciences and they actively practice it.

Neptune is responsible for global changes and transformations in society in the areas ruled by Neptune or the sign where it’s currently in.

The first house represents our self-awareness and our image. The cusp of this house is the Ascendant or the rising sign.

This sign describes the way the person is perceived by the public and the way they likely act when they are in public. It also gives details about their appearance.

The first impression people have about us is usually related to the Ascendant sign and its qualities. The first house shows how we start doing things or begin our projects. It also shows our attitude towards life. It reveals how we choose to start new things.

The first house is ruled by Mars and corresponds to the sign Aries. The planets inside the first house give additional details about the person’s appearance.

The person will often identify with their energy and that will be apparent to the people from their surroundings.

The first house is the house of our physical condition and body. The house and planets inside reveal the condition of our body and how fit we are.

Neptune in first house is a challenging position for this planet. The first house represents our identity and sense of self-worth and confidence about our personal appearance and character qualities.

This placement of Neptune makes the person insecure and often unaware of their true worth.

The person with Neptune in 1st house is often prone to undermine their worth and doubt their abilities.

One of the negative sides of Neptune in 1st house is the person’s naivety which makes them an easy prey for people who want to use them. They can easily be manipulated into doing something they don’t want.

These people are prone to daydreaming and escaping reality in any way possible, which includes using drugs, alcohol, or other addictions.

These people appear surreal and mysterious to their surroundings. No one seems to know them completely, even themselves.

They might be prone to hiding their true self behind a mask of different personalities and characters they present to the public. They instinctively choose the role which will mostly please the ones that are close to them, or the ones they are currently interacting with.

People with Neptune in first house are very sensitive and their feelings can easily be hurt. They often have a strong need to please others so people would love them, but they seem to attract the opposite with their attitude.

The more they try to make others happy, the less appreciated they are by the same people, which leaves them wounded and disappointed.

One of the main lessons these people need to learn in this life is to love themselves as they are.

They need to appreciate their own worth and values, and stop carrying about what others think about them. They need to seize being people pleasers and avert their attention onto themselves.

When they begin doing that sincerely, things will start to shift in their surroundings, and people will begin valuing them for their worth and treating them with respect they deserve. All it takes is focusing their attention on themselves for a change, instead on others.

People with Neptune in 1st house are very sensitive and prone to picking up emotions of other people. They instinctively feel what others feel and think and they are very compassionate.

Sometimes they can use this gift to manipulate people through their weaknesses.

Neptune in first house can make the people needy of other people’s attention, especially their loved ones, and their romantic partners or spouses.

They can use their emotionality as a weapon to manipulate them and tie them to themselves. They might possess a strong fear of abandonment and need to be constantly reassured that they are safe.

They might be a such an inseparable part of their lives that they chose as their profession to use these gifts and help other people. They instinctively know what others need and which the best way to help them is.

People with Neptune in first house have a powerful imagination and can be great actors. If they don’t act professionally, they could use these abilities to fool others and manipulate them for their own causes.

Neptune rules art, and this placement of Neptune can also create someone who is artistically talented or at least is an art lover.

Neptune rules addictions and escapism, which is why this placement of Neptune can cause the person to escape from their problems into addictions, such as drugs or alcohol.

They often struggle with confronting reality and they rather choose to remove themselves from the issues they have instead of gaining the courage to confront them.

In some cases, Neptune in first house could be a sign of mental illness and psychic disorders. This is especially true if Neptune is afflicted by some personal planets and is the ruler of the natal chart.

There is often an aura of mystery and unknown surrounding these people.

They are usually aware of that, and many of them consciously create this image of themselves. They are often secretive and don’t want to share the private side of themselves with others, or at least with the people they don’t know and trust.

It is not easy to get to know them well because they are very prone to hide their true self from others.

Their trust is hard to gain. They often have a problem with their sense of identity because they can possess many different personalities they identify themselves with.

When Neptune is in first house in synastry, this is often an indication of a relationship full of love and tender emotions, but somehow dreamy and surreal.

There is often a problem of establishing a stable and lasting union with this contact, because it is often based on imaginary thoughts and desires.

Usually the Neptune person will be the one who is unreliable and ruins the prospects of this relationship.

The first house person is likely to perceive the Neptune person as their ideal partner, because Neptune will instinctively play that role.

The first house person might start to create an image of an ideal relationship with Neptune and he will play that role until he considers it interesting.

When the fun is over Neptune could simply disappear without an explanation, leaving the first house person hurt and disappointed, wondering what happened with the person who seemed so perfect.

This is a difficult combination to have in synastry and requires some other aspects to neutralize its effects.

This person could give the first house person some false hopes or bad advice, causing them damage and disappointment.

This is a placement that should be very carefully examined and be cautious about.

Neptune in 1st house makes the person dreamy and romantic. It can also make them prone to lying, deceptions and manipulations; that all depends on Neptune’s aspects with other planets.

This person can be very intuitive and possess psychic gifts. They could also be very artistic and choose a profession in arts. They are also talented actors, and often play different roles in their life.

It is hard to get to know them because they are secretive and don’t reveal their privacy easy. People with Neptune in first house can be prone to mental disorders.

They can be very needy and possessive and seek a lot of attention. In some cases they are prone to seek refuge from their problems in various addictions.

In synastry, Neptune in first house is a difficult placement and often indicates deception and disappointments.