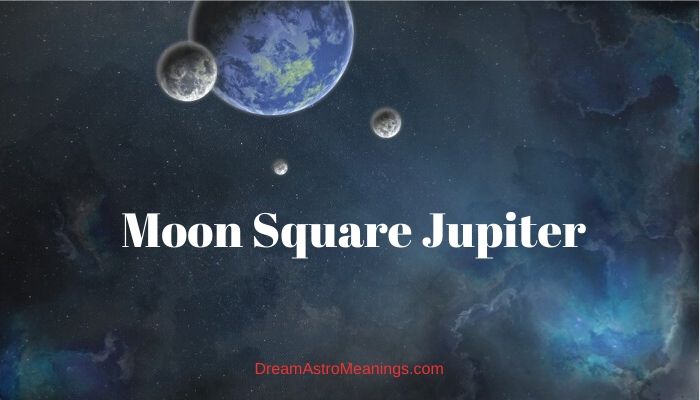 Since ancient times, people have used astrology and its knowledge to try determining people’s personal traits and the events they are likely to experience in life.

The planetary positions in signs and houses in the natal chart, and their aspects with other planets can give the astrologer a very precise picture about someone’s character, their preferences, and the life path they are likely to choose.

When the planets are triggered by progressions and transits usually the major life events happen, and these are usually the years where people create their future.

Not only that astrology can analyze a person and their traits and try to predict their destiny, astrology can give us many clues about compatibility between two or more people through a technique called synastry.

Relationships between people and their longevity are influenced by different factors.

It is important to bear in mind that when people interact with one another their planets also come into interactions and form aspects just like in their natal charts.

Synastry analyzes the placement of the planets from one natal chart into the natal chart of the other person as well as the aspects their planets are making; the houses where the planets fall will show the areas where one person will likely affect the life of another person.

The Moon is the Earth’s natural satellite and a very important astronomical body in every sense of the word. The Moon is the second brightest body in the sky after the Sun.

There is a general belief that the Moon formed shortly after the formation of Earth, around 4.5 billion years ago. The Moon travels around the Earth and moves in a motion that only the same side of the Moon is visible from Earth and we can never see its far side.

The first humans to visit the surface of the Moon were people from the Apollo mission I 1969. The last human mission was performed in 1972.

The Moon symbolizes women in our life, especially our mother. It also reveals our motherly instincts. The Moon represents the person’s female energy and reveals how well the person identifies with their femininity.

The Moon also reveals the level of our spontaneity. This planet rules nurture and care for others and reveals how caring and nurturing we are towards our loved ones. It also shows how well we take care of ourselves.

The Moon also rules creativity and can demonstrate how creative we are. It also rules our mood and indicates how prone we are to mood swings.

The Moon is a ruler of memories and past hurts. People who are influenced by the Moon often tend to cling to the past which is preventing their progress.

The Moon affects mostly people who have Moon as their ruling planet or prominently placed on an angle in their natal chart.

They are usually very emotional, with strong protective and nurturing instincts. They are also prone to unpredictable mood swings and behavior.

The planet Jupiter is the biggest one in the Solar system. Its composition is mostly hydrogen and it doesn’t have solid surface. The name Jupiter is the name of the god of sky and war in ancient Rome. Jupiter was a much respected deity in the Roman pantheon.

This was the king god until Christianity become the sole religion and replaced the pagan beliefs.

Jupiter was considered a planet bringer of fortune and wealth since ancient times. This planet was the “great benefic” among the other planets.

Jupiter well placed in the natal chart is considered a sign of great luck and a guarantee that the person will acquire wealth during their life.

This planet rules Sagittarius and its exaltation is in Cancer. When Jupiter is in these signs, it has the most power and shows its best traits. In Capricorn, Jupiter is in fall and that diminishes its influence and energy.

When Jupiter is making bad aspects to the planets in the natal chart, this usually doesn’t cause catastrophic consequences, but it can cause some issues with areas ruled by this planet. When Jupiter well placed in the natal chart it creates wonderful opportunities for the person’s progress and achievements, and usually provides them with financial stability.

This is a social planet, oppose to the personal planets Venus, Mars, Moon, Sun, and Mercury.

This means that the transit of Jupiter through one sign which lasts around one year, affects a generation of people born during that year. They all have in common Jupiter in the same sign, and share its traits.

When determining the influence of a planet it is important to observe the sign, house placement and the aspects Jupiter is making with other planets in the natal chart.

This aspect between the charts of two people usually doesn’t suppress the energy of these two planets even though it is a challenging aspect.

The Moon and Jupiter have a beneficial nature and their connection via challenging aspect cannot be very detrimental and cause the end of their relationship.

Usually, the square between these two planets could cause some unexpected reactions on both sides.

The Moon person might get easily upset by the Jupiter easy-going and relaxed attitude in situations where the Moon considers important to be more focused and put together. Their nonchalant behavior might get on the Moon person’s mood, and cause them to sulk, stop talking, grunt, or exhibit similar behavior.

The Jupiter person’s response might irritate the Moon person even more, because it is not likely that they will change anything in their behavior just because the Moon person is not satisfied with how they react in certain situations.

This aspect usually indicates lack of understanding for the partners’ mutual differences.

The Moon person might objectively be upset because of Jupiter’s ungrounded and excessive optimism in certain situations. They might also be concerned with Jupiter’s reckless spending, and overly generous attitude.

This might cause them to complain to the Jupiter person which can be considered annoying by them. Both sides might become frustrated by the lack of desire and preparedness to meet in the middle.

These differences in character can often result in conflicts and arguments, which is something both partners are not used to doing and is not in their real nature. Because of that, the conflicts cannot last, and will usually end in both sides retreating without solving anything.

That causes the issues to pile up, which can additionally cause their feelings to grow cold and distance the partners further apart. It is important not to allow problems to be left unresolved, and confront the issues they have as soon as possible, especially if there is a deep emotional bond between the partners and a desire to maintain their relationship.

The main issue these two need to pay attention to is the Jupiter tendency to be overly optimistic and don’t think much about the consequences of their actions, as well as Moon’s tendency to be gloomy, negative, expecting the worst and exhibiting similar behavior which affects Jupiter in a negative way.

Both of them need to take into consideration the opinion and view of the other side and try to balance their attitude accordingly.

The Moon person has the role to support the Jupiter person in their pursuits for establishing their mutual financial security, while at the same time paying attention to their actions and reacting in time to warn them of possible mistakes they could make.

Jupiter must learn to adapt to their partner’s frequent mood changes and realize that they sometimes happen without any reason.

In some cases, this aspect might cause the Moon person to take advantage of their Jupiter partner and their generosity, or Jupiter might give false hopes to the Moon partner.

The square aspect between someone’s Moon and other person’s Jupiter is not an aspect that will likely ruin the relationship, unless there are some other detrimental aspects between their natal charts.

This aspect usually reveals difference of characters and basic approach towards things which is often the cause of conflicts and disagreements between these two partners.

Jupiter’s behavior causes a strong reaction in the Moon person caused by concern and worry.

The Moon person usually cannot understand the Jupiter person’s nonchalant behavior in some serious situations, and they don’t approve such behavior. Their reactions can be different, like sulking, ignoring Jupiter person, complaining, etc.

Jupiter person cannot understand the Moon person and usually continues with their behavior because they don’t want anyone emotionally manipulating them and telling them how to behave.

The issues these two can experience are not as grave as with some other challenging aspects when other planets are involved.

By resolving these issues, both partners will change their character traits for the better and improve their relationship. It is important not to ignore the problems they have and be open to resolving them.

If both partners or just one of them are stubborn and refuse to accept that they share the guilt for the issues they have, that could cause the problems to pile up, and the partners become distant from one another which in the end might be the reason for the end of this relationship.