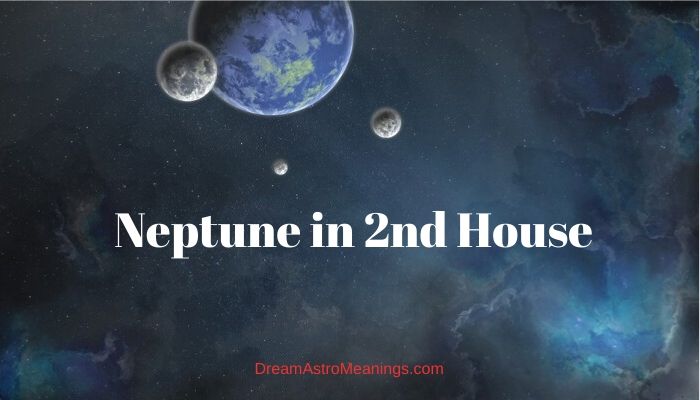 Most people know about astrology, but they underestimate its usefulness and value.

Their knowledge is shallow and it consists of the knowledge of Zodiac signs and few of their characteristics.

It is a fact that the Sun signs can give a lot of insight in someone’s personality, but full astrology analysis can do much more than that; it can give insight about variety of matters.

The interpretation begins with making the natal chart for a specific moment in time; the chart contains the positions of the planets in that moment placed inside 12 houses.

By analyzing the signs and the placements of the planets, as well as their aspects and the rulers of the chart and the houses, the astrologer can discover much information about the subjects of interest.

After the creation of astrology programs, the calculations became a matter of seconds, but in earlier times, astrologers had to work a lot to create a natal chart.

The analysis of a natal chart is a serious job and it requires someone skilled and knowledgeable in the study of astrology.

Astrology can give us information about people’s characters, their beliefs, interests, life events, outcomes of different situations, as well as relationship potential; it uses different things in the interpretations.

The houses in the natal chart rule different areas of our life.

All houses are important, but the ones with the planets are the most important ones because they give additional information about the matters of the specific house.

They show the astrologer where the focus of action and attention is.

The planets inside the houses give additional information about personal traits and life events that might happen.

The houses in the natal chart are important when doing relationships analysis.

The technique used in astrology to analyze relationships and their potential is called synastry.

The astrologer analyzes the planets from the partners’ natal charts placed inside the other partner’s chart to determine the impact of the relationship on their lives.

Neptune is the second coldest of all the planets in the Solar system. Its name comes from the name of the Roman sea god.

The god Neptune ruled the sea and water and all matters related to water. Just like this god, the planet Neptune also rules water.

If Neptune is afflicted in the chart, this is usually a sign of confusion and chaos the person experiences in their life. This is often related to their nature which lacks focus and organization.

These people can be prone to lying and manipulating others, deceptions and criminal behavior. They might also be the victims of such behavior from others.

Neptune people are often prone to avoiding to face reality and they succumb to various addictions which can help them in doing that, such as drugs and alcohol.

People influenced by Neptune sense its influence strongly when it is triggered by transits and progressions. These people are usually sensitive and very emotional. They are often artistic and gifted for various forms of art.

They are often absent-minded and they lack focus. They can be disorganized and confused. Many of them are prone to isolating themselves when they feel emotionally down or upset.

Neptune is the ruler of places of isolation and retreat, religion and religious authorities. People with strong Neptune influence might become very religious.

Some of these people are very intuitive and possess psychic abilities. They are often interested in magic and secret knowledge and they practice it actively.

The second house rules our material possessions, gains, money and expenditures. It is the house of our movable possessions.

This house can give us insight about the person’s finances and their material status. It shows whether the person is likely to become rich and have opportunities to earn money.

Venus is the ruler of the second house and Taurus is the sign it corresponds to. It shows whether the person is more prone to spending their money or saving it. It can also show the person’s generosity.

The 2nd house reveals possible fears regarding the person’s security and financial future.

Planets inside the 2nd house give additional details about the matters of this house. They show the person’s spending habits and reveal which items are the likely ones the person will buy often.

For example, when Venus is in the second house, the person is prone to spending money on jewelry, luxury items, fashion items, clothes, decorative items, etc.

This house shows how able the person is to earn money and gain material possessions. It shows how ambitious the person is and how much effort they are willing to invest into their financial goals.

The second house also reveals our choice of food and the amount of money we are ready to spend on our diet.

Neptune in 2nd house is not a very fortunate placement. Neptune brings confusion and chaos wherever it is placed, and in this case, this is the area of finances and material security of the person.

This position doesn’t exclude the possibility of earning money and being rich, but it creates problems with spending and keeping it.

The person might earn a lot, but also spend it fast, through their addictions, such as gambling, or they might lose it through some mysterious and unexplained circumstances.

Neptune is the ruler of secrets and criminal activities, and Neptune in second house could be a sign of money coming from clandestine actions and criminal behavior.

Sometimes these people don’t have a developed sense of what is correct and what isn’t, which is why they can be prone to consider it perfectly normal to undertake any action they consider necessary to get what they want.

With Neptune in second house, the person might attract in their life people who might try to trick them into doing immoral things, and sometimes they might become a victim of someone who wants to get their hands on their assets.

It is important to double-check all the documents regarding some financial transactions before signing them, because there is a risk of being deceived and losing money.

These people might seem like an easy prey to people with dishonest intentions because of their inconsiderate attitude towards their finances and lack of planned spending. They might be very naïve when it comes to their money and can be easily tricked by skilled tricksters.

These deceiving people might count on their compassionate nature and take their money pretending they will end up financing some noble cause, while in reality they will end up on the bottom of their pockets.

Because planets in the second house reveal where we tend to spend our money, with Neptune in 2nd house, the person might be drawn to spend their money on works of art and their artistic hobbies, distant exotic travels to over the sea countries, and in worst cases, they might be spending their money on drugs, alcohol, gambling, or some other addictions.

Because Neptune rules creativity, the money in this case might come to the person through their creative endeavors in the sphere of arts, movies, or similar activities.

Neptune in second house people might also spend their money helping people and donating it to charity.

They might also earn their money through dealings in areas ruled by Neptune, such as the pharmacy industry, ships, shipyards, etc.

In some cases, Neptune in 2nd house might be the cause for the person constantly losing and misplacing their money. They might also be frequent victims of money theft, people stealing money from them and similar scenarios.

It is important for these people to raise their money awareness because their careless behavior towards their money draws in such situations.

One of the reasons for their careless attitude towards money is their lack of attachment to the material.

They might incline towards the spiritual side of life, and consider money as “necessary evil”, something no one can live without, and this is why they don’t pay much attention to their finances.

Regardless of their perception about money, it is important for these people to become more aware of their finances and try to become more financially organized and cautious.

It is important not to get overly attached to material things, but money is a necessity that should be properly taken care of. It is important to practice buying things that are really necessary and meaningful spending, rather than throwing money without reasons.

Many of these people need to learn how to save money first and create their financial stability, so they can afford spending it on their pleasures and making their life a satisfying experience.

Neptune in second house in synastry is often a challenging position, especially if Neptune is afflicted.

Even when Neptune doesn’t have any malicious intentions towards the second house person, they might feel called to give the 2nd house person financial advice which can turn out to be bad and put them in financial jeopardy.

It is not advisable to listen to financial advice from people whose Neptune falls in your second house in any case.

Neptune in second house is a challenging place for this planet to be and requires a lot of caution on behalf of the person with this Neptune placement.

The main reason is that Neptune as the planet of confusion and deception and the second house as the house of our finances and financial security aren’t compatible.

When Neptune is in someone’s second house, this could indicate Neptune’s dishonest intentions regarding the second house’s person money or bad financial advice the second house person might receive from the Neptune person.