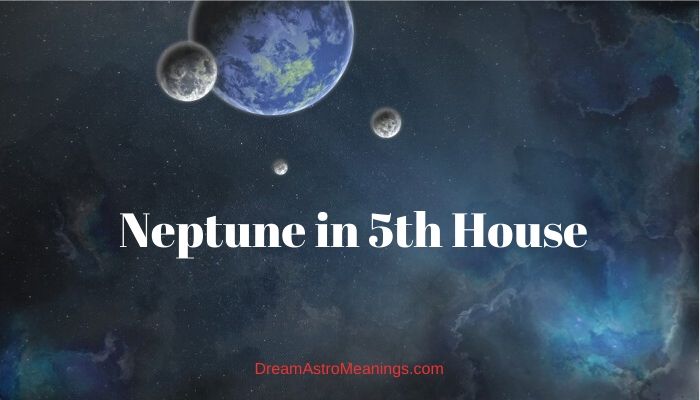 When it comes to finding out details about people and foretelling the future, astrology does not have a match. It is millennia old and has developed through time.

In the past, people had a much stronger connection to nature and respected it through some kind of worship.

They noticed how important the Sun and the Moon were for their life and the life on our planet, and they recorded this influence in what will later become the study of the planets’ influence, or astrology.

People of the past consulted astrology in many significant moments of their lives, and it was used to predict the future of people, but also global events.

Nowadays, most people know their Zodiac signs and details about them, but they don’t really believe in its accuracy; that’s a pity, because astrology can give us answers to many different questions, regarding ourselves, other people and situations.

Someone who is an experienced astrologer can reveal many accurate details and answer our questions.

The beginning of the interpretation is the creation of a natal chart.

It is an image of the sky for a chosen moment in time presented in twelve houses where the planets in that moment are placed.

These positions and the chart can give answers to all of our questions.

Every house has its own areas or rulership and by analyzing the ruling planet of the house and the planets placed inside (when there are planets), the astrologer can find out any information regarding the matters of that particular house.

The astrologer also analyses the aspects between the planets and the rulers of the chart in the basic astrology analysis.

Most important are the houses with planets because they show the focus of attention and action.

The areas which are ruled by the house where the planet is placed are influenced by the energy of that planet and its meaning in a certain sign of the Zodiac.

Neptune is a cold planet, and is second coldest, following Uranus. Mainly it is composed of ice and rocks, hydrogen, and helium. Its name comes from the ancient Roman god of the sea and water.

In astrology, Neptune is also the ruler of matters related to water.

When Neptune is afflicted in someone’s natal chart, it often creates chaos and confusion.

These people are often victims of deception and manipulation of other people who want to take advantage of them; sometimes it is the opposite way, and the Neptune person is the one manipulating and deceiving others.

These people are skilled liars and can possess different dishonest traits. They can be prone to criminal behavior, and as a result of their actions they might end up in prison.

These people often have the need to avoid their reality and escape in different forms of addictions, such as drugs and alcohol.

Neptune affects mostly people who are under its influence, like those who have it as their chart ruler or placed at a prominent place in their natal chart.

These people are usually very emotional and compassionate. They often have artistic abilities and love art.

If Neptune is afflicted in their chart, they can feel disorganized and confused. Sometimes these people can be excellent liars and living in their imaginary world. They often lack determination and endurance and give up before finishing their goals.

Because Neptune is the ruler of religion and religious authorities, these people can be drawn to religion which becomes an important part of their lives.

In some cases, Neptune gives these people strong imagination, and intuition, and sometimes it gives them psychic powers. They are also drawn to secret sciences and actively practice them.

Events ruled by this planet are triggered by aspects in transits and progressions. Neptune is also responsible for global transformations and changes in society.

The fifth house is considered the house of entertainment, fun, pleasures, creativity, creative endeavors, our hobbies, and interests.

This house rules romantic encounters and love relationships in the stage of dating and getting to know one another.

The seventh house is the house of long-term commitments and marriage. The 5th also rules emotional pleasures.

The 5th house’s ruler is the Sun and its sign is Leo. It rules good fortune, game of fortune, gambling, going out, fun activities, children, etc.

The ruler of the house and the planets inside, reveal details about these matters.

This house also shows how creative the person is. It rules artistic skills, such as painting, but also writing, crafts, sports activities, talents, etc.

This house and the planets inside give the astrologer details about the person’s romantic life and their likely choice of romantic partners.

It also reveals whether the person is open to finding love or not.

People with Neptune in 5th house are usually very creative and artistic. They can appear mysterious and difficult to understand by their potential romantic partners.

These people often have many artistic talents, usually related to music, acting, visual arts, poetry, writing, etc. They have a vivid imagination which helps them in their creative endeavors.

Neptune in 5th house is usually a sign of creative and talented children. The person’s children often possess strong imagination and are gifted. They might be a bit confused and disorganized, but they are also intuitive and sensitive.

Their children are often dreamers and it is important for this person to instill in them a sense of reality and responsibility.

When Neptune is placed in the fifth house, the person might have problems conceiving a child, due to some unknown circumstances.

Also, the conception can happen in somewhat unexplained circumstances.

Sometimes the person unconsciously blocks conception with their irrational fears and misconceptions.

Neptune in fifth house can often be a sign of abortion, or child loss due to unexplained circumstances. Sometimes the person isn’t aware that they are a father because the woman never wanted to inform them of that fact.

People with Neptune in fifth house have a very generous nature and are always eager to help others. Sometimes this can be overwhelming to them, because it takes a lot of their energy away and they often do not have a way of replenishing it.

These people have a very romantic nature and are very sensitive. They can idealize their romantic partners, and there is often a tendency of secretly being in love with someone or having illusions about being with someone who is not adequate for them, or simply doesn’t like them.

People with Neptune in 5th house enjoy the process of dating and getting to know someone. They also love romantic gestures and when their partner shows their appreciation to them.

For these people, physical intimacy is not as important as emotional closeness, and they need to feel that first with a person before they can become intimate with them.

If Neptune in fifth house is afflicted, this could be an indication of many disappointments and disillusions in love.

They might become magnetically drawn to people who are not right for them, people who are prone to criminal behavior, addictions, and other improper behavior which can cause chaos in their own life as well.

They might also be prone to manipulation by their partners, and they must be very careful when giving their trust to their romantic partners. It is important to give themselves time to get to know them before allowing them to become close.

For people with Neptune in 5th house, there is usually a fear of rejection present in their subconscious, which is why many of them find it hard to relax and begin a relationship with someone.

This is usually due to some past bad experiences when their feelings were badly hurt due to a rejection, and the fear remained strongly present in their psyche, preventing them from committing to other people without fear and anticipation of the worst.

In worst cases, the person with Neptune in fifth house might completely refrain from relationships and live a life of celibacy.

Sometimes, when Neptune in fifth house is afflicted, this could indicate a person who is prone to manipulating their romantic partners, and in some ways even using them for some selfish purposes.

In some cases, Neptune can make these people highly promiscuous and changing partners frequently.

These people are often attracted to Neptune types of partners. They might be attracted to mentally unstable people and sometimes their partners suffer from psychic disorders (the person is or is not aware of).

They often idealize their relationships and many of them have a desire to experience a fairy tale love and romance.

Because of these qualities, they might often become attracted to unavailable people, or people with a lot of emotional baggage they believe they should somehow rescue and help them overcome their issues. This usually leads them to disappointments and waste of time.

These people are often involved in romantic relationships that for some reason need to remain a secret.

This placement of Neptune often makes the person overly dramatic in expressing their emotions, and they desire their partner to be as expressive as they are.

They become worried if they do not receive constant proof of their affection.

Neptune in fifth house in synastry is often a romantic combination. The Neptune person might appear as the dream partner to the fifth house person.

If Neptune is afflicted, this can be a sign of someone who might negatively influence the 5th house person, introducing in their lives some unacceptable behavior and habits.

This combination makes a strong magnetic attraction between the two people. In some cases, Neptune’s intentions might not be sincere, and they might try to manipulate the fifth house person in some way.

It is necessary to analyze Neptune in the chart as well as the aspects it is making with the fifth house person’s chart.

This combination in synastry might indicate a relationship where one of the partners is strongly attracted to the other person and has illusions about the two of them being together while the other person does not even consider it as an option.

This combination could cause disappointments and hurt feelings if Neptune is afflicted.

With this combination in synastry, the Neptune person might be a bad influence on the fifth house person’s children.

Neptune in fifth house is a sign of a romantic and creative person.

These people are sensitive and often dream about an ideal romantic encounter and relationship. They can also become attached to the wrong partners who are a bad influence on them.

People with Neptune in 5th house can be manipulated by their partners, but they might also possess manipulative traits. they love to creatively express themselves.

If Neptune is afflicted in the chart, these people might be attracted to emotionally or physically unavailable partners or to partners with addictions or other problematic behavior.

These people often have a problem conceiving or there are some unexplainable circumstances related to their children.

When Neptune is in 5th house in synastry, this is often a sign of romantic feelings between the partners, but their relationship is often filled with issues of Neptune nature.