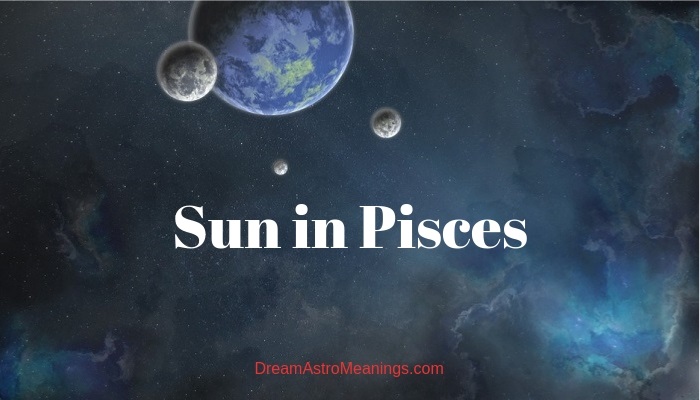 From an astrological point of view, planets represent essence of a human being; its conscious and sub-conscious part, emotional self, manifesting and hidden qualities and beyond.

According to astrology, planets greatly affect our lives.

We already know that heavenly bodies and cosmic activity have great impact upon our own planet, as a physical entity. However, we know less about mystical influence of planets on individual lives and human destinies.

Astrology is an old path; modern astrology is considered a pseudo science, because it does not offer conventional explanations such as officially acknowledged, exact sciences of the day.

However, it was much appreciated in old days. It was considered crucial in understanding the world. Many notable figures of the past were astrologers and many great leaders of the past heavily relied on their interpretations.

In modern times, astrology is separated from astronomy. The aims of both of these great disciplines are different. It is important to know that astrology has all elements of a science, including rules, methodology, principles and great knowledge upon everything else is based.

Although many people are skeptical about astrological analyses, astrology is still practiced all over the world.

There are different types of astrology, in different parts of the world. We talk about modern, Western astrology, which originates from ancient Orient, from Persia. It has a very long tradition of practice, regardless of phases of reception and transformations of the discipline as it is.

Modern astrology is focused around the Sun, as the main principle and it studies the activity of the Solar system’s planets.

Modern astrology counts ten planets, amongst which the Sun and the Moon.

These are the Luminaries and they technically are not planets, but astrology counts them as ones. They are also two of the so-called ‘personal planets’, meaning they play a very important role in natal astrology and creation of personalized, individual horoscopes.

Let us focus on the brightest of the stars.

The Sun hold central place in modern astrology. It is the brightest of the stars and it represents life.

Not only in astrology, but in mythology and all sorts of belief and spiritual systems; the Sun has always been associated with the energy of life, with divine power and light as it is.

The Sun is indeed our main source of light and it does give life to every living thing on our planet. No wonder it also represents the core of an individual, as he or she is seen in astrology.

In natal astrology, which we are interested in, the Sun represents your native sign. The place it holds in your birth chart, meaning the one it occupied at the time you were born, represents the sign you were born under. However, astrological charts are complex and there are many more elements to be considered.

It means that your Sun sign does not solely determine who you are and what your life is going to be.

It is also important to know the house the Sun occupies in a birth chart, as well as what aspects are there with other planets. Each element of a birth chart plays a role. However, the Sun is the center.

The Sun is life-giving force and a personal light. The sign it sits in a birth chart represents the way this energy is going to manifest itself; the house it stays in represents the field of life you find motivation and strength within.

Of course, all other elements affect one’s astrological self and his or hers fate. If the Sun is in favorable aspects, its beautiful, bright energy lows free and one can easily and smoothly grow, develop his or hers talents and find comfort and strength in certain areas of their life.

If aspects are bad, a person experiences difficulties in channeling their life energy and they cannot find a fixed source of strength.

The Sun is a masculine principle. It rules over the sign of Leo, its colors are gold, yellow and orange. The Sun represents a father and a man in female horoscopes, as well. The Sun represents our Ego, our potentials, our basic attitude and view on life.

The Sun as seen in an individual’s horoscope, tells about our strength of character and the level of our self-awareness.

The Sun in a natal chart is your personality, Ego and your potentials. Its role is to help in manifesting symbolic qualities of the sign it sits in, your native sign. Your native sign could be considered main channel of manifesting the Sun energy, as well. The two are inseparable elements as seen in a personal horoscope.

How does it manifest when the Sun is in Pisces?

In modern astrological terms, Neptune rules over Pisces, but Jupiter in old ones.  Pisces sign is a feminine principle. The element of Water, associated with Pisces is closely associated with emotions. Everything about Pisces energy is in close relation with one’s emotional self.

Pisces are considered one of the most mysterious zodiac signs. Pisces are of mutable quality and those born under this sign are dreamers, in touch with worlds others cannot comprehend.

They are sensible and sensitive ones, which makes them artistic, spiritual and connected with nature. The Sun in Pisces inspires one to search for the divine force within, to return to divine conscious and to serve it. In Pisces, boundaries are crossed between reality and imagination; they are fluid, inconsistent.

The Sun is of completely different energy of that of Pisces.

Pisces do not have strong, authoritative self and Ego. They have a need to dive deep into the world around and beyond. They are not aggressive, they do not seek to impose their opinions and put themselves above others. Pisces are associated with melancholy and mystery.

It seems they attract people who are sad or misfortunate; Pisces are comforting, compassionate, empathic and understanding ones.

They are quiet and highly intuitive. They can read other people and they know about you more than you know it yourself. They could be warm and communicative, once they start trusting you, but they are commonly isolated and solitary. They tend to get lost in their own world of fantasy. They are forgiving and supportive people.

Although they are able to read people, they would often help those who do not deserve their support, simply because Pisces are helpless when faced with any situation that requires their help.

They are not authoritative and they find it hard to say no, even when they know it would be better to refuse something. They tend to see good in people.

Pisces are often confused by their own mixed emotions.

They struggle with deciding between what their heart and intuition tells them and their reason. They know what the best is for everyone else and they offer valuable advices, but they find it difficult to help themselves. They are often described as moody and mystical; no one knows if they are here or in their universe of dreams.

These individuals are enigmatic and they usually keep to themselves. They value small things in life and care not about materialistic possessions. They are, perhaps, the most spiritual sign of the Zodiac.

Although very emotionally fragile, Pisces see through lies and they hate trickery and deception. Always be honest with them; they respect honest people, even if the truth hurts them.

The Sun in Pisces is soft, like sunrays seen through the morning mist. There is no strong authority, no fierceness and ambition for glory and recognition. Sun Pisces dwell in their mystery world and see things others cannot.

They are the least materialistic people of the Zodiac, which makes them capable of valuing things others easily overlook and miss out. They help others realize there is much more to life than material possessions.

The Sun in Pisces supports intuition, compassion, empathy, generosity, creativity, imagination and spirituality. These people are highly imaginative and creative; they are often amazing artists and performers. The art is the best channel for them to use their Sun energy.

These people are kind, polite, gentle and full of understanding for others. They always see good in people.

Pisces could be great humanitarians. The energy they get from the Sun in their sign makes them rather servants than leaders. However, they serve noble causes of helping the overall humanity.

Moreover, Pisces people are always kind towards animals and they nurture great respect and admiration for nature. Their own nature is non-materialistic.

The highest Pisces spirit is the person who is capable of putting limitations to their own generosity and empathy.

They help noble causes, but do not fall for everything and do not get exploited and manipulated. They trust their intuition and are highly spiritual. They are capable of finding the balance between their imaginary world and the real, material one.

This makes them highly functional and constructive.

With bad aspects, the Sun in Pisces does not shine so smoothly, but its energy is shaded and blocked.

These people cannot see where the world of the dreams stops and where the material life begins.

They are confused by their own emotions, weak and fragile, extremely sensitive to everything happening around. They have no limits in trying to help others and they often are manipulated. They become dependent of others.

They get lost in relationships; they completely lose their integrity and become boring and incapable of leading a constructive life. With bad aspects, Pisces are lazy, constantly complaining, too fragile and completely surrendered solely to their emotional part.

The reason plays almost no role in their life, which makes it very difficult. They sacrifice for causes that are not their own.

A man with the Sun in Pisces is emotional, romantic type of a man.

He is compassionate and understanding. He is an ideal partner for gentle ladies, who seek romantic gentlemen. He could even become overly romantic, if such thing exists.

Pisces man is intelligent, thoughtful and supportive of people he cares for. He loves unconditionally and deeply.

He is expressive and he would often present his emotions in a creative way. Pisces men are often notable artists. He is loyal and devoted to his family and lover, supportive and understanding as a friend. He cares not for material success, but he sees to build up a cozy and comfortable environment to live in. he is neither aggressive nor an authoritative type of a man.

Pisces ladies are gentle, very feminine and elegant. They are often of a delicate constitution.

Pisces women are romantic and they dream about a brave, noble knight to love and protect them. A Pisces woman would make a guy feel like her prince, because she needs a protector and a guardian. She is artistic, imaginative and creative.

Women with the Sun in Pisces have incredible intuition and it seems as if they could read people’s minds. The Sun in Pisces in female horoscope also represents a man that attracts a woman.

Romantic, mysterious and a bit distant type of men intrigues and attracts them.  Pisces woman’s type of a man is someone who is in need of saving or a man who is destined to save her.

The Sun in Pisces has some smooth, mysterious energy. It is not a brightly shining sun on mountaintops, such as the Sun in Capricorn or glorious light, as it is seen in Leo. It is not deep dark light such could it appear in Scorpio.

The Sun in Pisces shines through the fog, the mist, and the ocean waters.

It is fed by emotions and intuition. Pisces people are, thus, often seen as the most mysterious of the Zodiac.

Sun Pisces are dreamy, romantic people, with strong intuition and the power of imagination. Ideal Pisces are great humanitarians, those who help ones in need of saving. Ideal Pisces use their emotional and imaginative energy wisely.

The line between the good and the bad side is thin, because of their inborn sensitivity and the lack of a strong Ego.