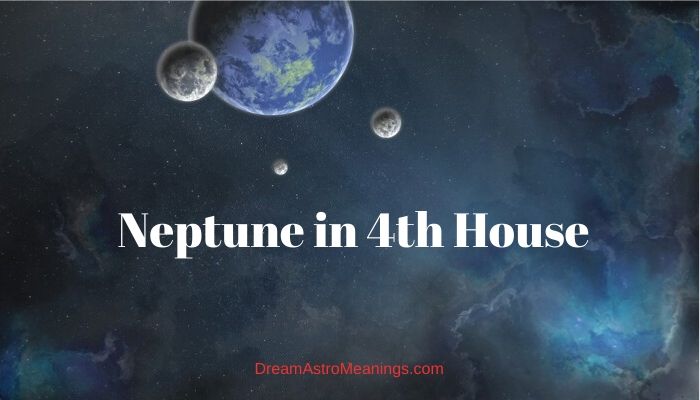 Astrology is an amazing way of discovering details about people and situations; this is a century old study of the influence of planets and other astronomical bodies on human lives and the world in general.

It can give us answers to different questions and helps us in making the right decisions as well as preventing us from making mistakes.

Astrology can give us answers related to the future events, our personality, relationships, and other matters.

Someone who is an experienced astrologer can give many accurate predictions. Astrology can be incredibly insightful.

The analysis in astrology starts with making a natal chart which is an image of the sky at some moment in time; this moment is usually the time of someone’s birth.

The chart has 12 houses where the planets are placed. The chart is calculated using the exact time, place, and date.

The creation of the chart used to be a difficult task in the past, but nowadays everyone can make it, using one of the varieties of astrological programs which are available on the internet.

The calculation of the chart lasts seconds, but the interpretation of one is a serious job.

It requires a skilled and knowledgeable astrologer to make accurate analysis and predictions.

The houses of the chart rule different areas of our life and can give answers to many different questions we have.

The chart interpretation also is done by analyzing the rulers of the chart (the planet ruler of the Sun sign and the ascendant sign), as well as the aspects between different planets.

There are others of techniques of analysis, and the astrologer chooses which one suits them best.

The most insightful are the houses with planets. The planets inside the house give additional meaning to the house and its areas of rulership.

These houses are significant for the astrologer because they reveal which areas of life will be most important for the person.

Neptune is a freezing cold planet; second coldest after Uranus. Neptune is mostly ice and rocks, helium, and hydrogen.

Its name is the name of the ancient Roman god, ruler of water and all matters related to water.

Neptune strongly influences the people which have it as their ruler. Especially if its is afflicted, its influence can be detrimental to the person, causing confusion and chaos in their life. Those with afflicted Neptune have Neptune’s negative traits.

They are often prone to escapism and negating their reality because they have a problem facing it. What they do not like, these people tend to ignore, which causes great problems to them.

People who have it as their ruler, are often overly emotional and sensitive. These people are often artistically gifted and often chose art as their profession or at least as their hobby.

When Neptune in their chart is afflicted, this makes these people disorganized and confused.

They often lack focus in life and are prone to self-isolation. Sometimes they are isolated from society by a set of circumstances, such as going to prison or to some health institution.

Challenging Neptune makes these people prone to addictions to avoid facing reality. They can also have a negative impact on the people from their surroundings. These people can be prone to criminal and secretive activities, as well as manipulating others.

Because Neptune is the ruler of religious authorities and religion, this can make Neptune people very religious and choose their career in religion or some kind of religious institutions.

These people often have psychic abilities which they sometimes use to help others. Many of Neptune people are interested in secretive matters and secret knowledge, and many of them practice it actively.

Neptune creates massive global transformations in areas ruled by it or ruled by the sign where it currently transits.

The fourth house rules the areas of our home and family members. This house and the planets inside show how much comfort we have, and we need in life. It shows how much security we crave.

If there are planets inside this house, this gives the astrologer more details about these matters.

The fourth house is the house of our ancestors and origin, as well as our birthplace. It can reveal some inherited traits from our ancestors.

According to some astrologers, it also reveals the end of our life and our final resting place (our grave).

The 4th house can give details about our home, where it is placed, how it is decorated, and similar details. This house shows our attachment to our home, whether we like being there a lot, or we only use it as a place to sleep. It also describes the people we live with.

The 4th reveals our behavior and habits around the house. This house also rules our real estate, our houses, land, etc.

The planet related to this house is Moon, and the sign is Cancer. The planets inside the house can reveal the possible events the person could experience in their life.

The nature of these planets and their aspects show the atmosphere around the person’s home as well as their relations with family members.

They can show whether the person feels comfortable being at home and considering it as a safe place where they could retreat and recharge, or they do not feel comfortable at their home and experience conflicts there.

The fourth house’s ruler and the planets inside give the astrologer information about the way our home looks like and where it is placed. It can show whether it is plain or richly decorated, whether it is a giant mansion, or it is a small house.

People with many planets in their fourth house are usually very attached to their homes.

When there are malefic planets inside, they indicate issues which the person could experience regarding their home.

The 4th house is usually considered the ruling house of our mother, but sometimes, when the mother has a more dominant role in the upbringing, this can be the house of the father.

People with Neptune in fourth house often dream about having an ideal home, but the reality is often different than their dreams. These people are often very close to their mother.

The mother of the person with Neptune in 4th house often possesses a lot of Neptune qualities.

Especially if Neptune is afflicted, the mother of this person might be mentally unstable, prone to isolation, avoidance of reality through medications, drugs, or alcohol.

The mother might be someone who is not a good role model for the person with Neptune in fourth house but is someone with whom the person has a strong emotional connection.

The relationship with the mother (or father in some cases) influences the person’s life very much.

Neptune in fourth house can be a sign of a home or birthplace somewhere close to water. In cases where the person does not live near water, there is usually a desire present in them to live somewhere near the sea or the ocean.

Neptune in fourth house can be a sign of a boat house the person lives in.

If Neptune is afflicted, this could be a sign of issues caused by water in the person’s home, such as house floods or pipe problems, and similar issues.

The person should be very careful when being absent from home and taking all matters of precaution to avoid such incidents.

With Neptune in 4th house, especially if the planet is afflicted, the person might live in a household with a chaotic and confusing atmosphere. Their parents and whole family might be unreliable, and this does not create a sense of home safety and security in this person.

This can be the cause why the person seeks security in other people and places, instead of their home.

Sometimes a person with Neptune in 4th house can be a bit of a loner, someone who is prone to distancing themselves from the society and finding comfort in their own imaginary world at home.

They are often prone to live in imaginary worlds refusing to acknowledge their reality and do something about it if they are not satisfied with it.

With Neptune in fourth house, there might be some secrets with the person’s past, especially regarding their birth and ancestors. Sometimes this can be the position of a person who has been adopted and does not find out that until later in their life.

This position of Neptune is often an indication of the parents’ absence from their lives, or at least one parent is absent or has disappeared in some unusual circumstances.

Because Neptune rules deceptions, this position of Neptune can be a sign of frauds related to their home.

They might have a problem with buying the property or they might find out that it already belongs to someone else.

Neptune in 4th house in synastry is often a difficult position for the partners and the relationship.

The Neptune person might feel left out of the partner’s family and somehow unaccepted.

If Neptune is well-aspected and makes beneficial aspects to the fourth house person’s planets, these two will enjoy living together and make their place a fairy tale home.

Neptune in fourth house is often a sign of issues related to the fourth house matters, especially when it is afflicted.

In combination, Neptune in fourth house can cause confusion around the house, problems with their mother and her personality, issues with people trying to deceive them, self-isolation, etc.

In synastry, Neptune in 4th house is a thing to be cautious about because it can indicate deceptions and fraudulent behavior of the Neptune person.

The Neptune person can bring confusion into the 4th house person’s home.