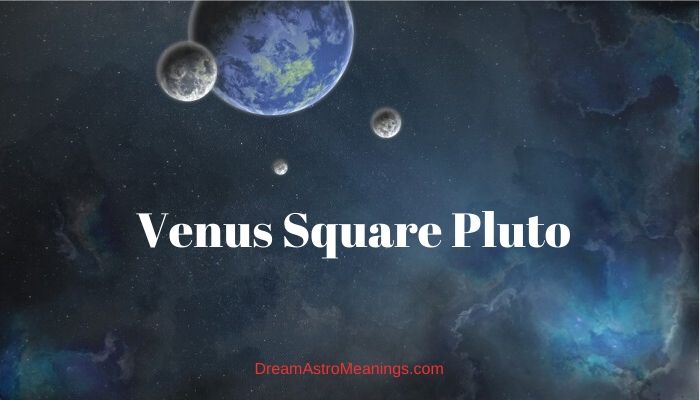 Astrological compatibility analysis is a part of astrology that analyzes the connections between two or more astrological natal charts.

In this type of comparative analysis, we could interpret the connection between as many charts as we wish to, but the most common practice is analyzing the connection of the two charts, most likely, in terms of a romantic relationship.

If you would love to know if your ‘stars match’, you could see it through synastry. Synastry is the result of comparing the charts. It analyzes specific planetary aspects that form between the two charts in question.

We all grow throughout or lifetime, not only in physical and intellectual sense, in basic terms. We grow spiritually, emotionally and on levels we could hardly describe.

Our relationships make for a great part of our life and inner growth; not only the romantic ones, but all.

Through them, we learn much about who we are and about what we want from our life.

What Does The Synastry Reveal?

Before an astrologer analyzes the synastry, he or she would create and look into natal charts of both persons separately. Why is that so important?

For a great part, it is because of what we have mentioned above. The astrologer also has to get to know you and your partner (or any person you want to do the synastry for), so that he or she has a better insight into who you are, what you want and how do you think.

Astrologers are not psychologists, but they read much from the stars, as in astrology, it is believed that stars and planets affect our lives, our destinies, form our personalities, for a great part. Once he or she has an insight onto both charts, the synastry could be analyzed.

Now, before that, the astrologer would focus the attention onto several important segments and questions in each chart.

It is very important to look into the emotional side in each one; how each person reacts to emotional stimulants, how emotional they were overall, how sympathetic or compassionate.

Their expectations in terms of love life are to be in focus. For example, the astrologer would see about the tendencies towards long and stable relationship, married life etc. or the lack of it.

The concept of love, the fields of interests, the priorities in life are all information a good astrologer could see in natal charts.

The synastry would represent the connection between the two genuine, uniquely different birth charts and discover its weaknesses and flaws, its bright sides, common places, shared goals and ideas and so on.

It analyzes the planetary aspects that could be seen in between the charts.

Venus in Mythology and Astrology – The Importance in Synastry

Since we are going to talk about Venus square Pluto, let us first see into our first planet involved, the lovely, warm planet Venus.

Venus was a Roman goddess of love, beauty, fertility, abundance, pleasure and related concepts and ideas. She is the counterpart to the Greek goddess Aphrodite.

Venus has always been associated with femininity, aesthetics, beauty, love, amorousness and sweetness of life. The planet was associated with other important goddesses of the Ancient World, Astarte and Ishtar, for instance.

The planet is also known as the Morning and the Evening star. When in its dawning appearance, the planet has also been called Lucifer, which means the ‘light-bringer’.

There have been many debates over this problematic translation and it is very questionable whether the name should refer to the fallen angel, later to be known as the Devil. In any case, it is another interesting story that surrounds this mythologized planet.

As for this reference, Venus, as a morning star, appears beautiful and alluring, though its shine does not last for long, quickly overpowered by the bright sunlight.

The planet Venus in astrology represent all this and more. It does stand for seduction and passion, for pleasures of all sorts, which includes both good and the bad sides of it.

Thus, Venus is about art, creativity, romance and gentleness, but also about excessive, shallow pleasures, laziness, dependability, vanity, too much of amorousness.

Pluto is often considered a dangerous one, when in synastry. For example, Venus and Pluto in a challenging aspect are not something to wish for, we will see about that a bit later.

Pluto is a mysterious and distant planet, the astrological ruler of the sign of emotional, though often dark and magnetic Scorpio. In mythology, Pluto or Hades was the god of the realm of the dead.

He has represented something that is inevitable, but not evil per se. Pluto was not an evil god, but solemn and serious one. However, Pluto represents not the final death, but the transformative aspect of it.

We could say that the planet Pluto is the planet of transformative energy. In addition, it is a powerful one. It also represent the higher octave of the combatant Mars.

Pluto is about secrets, mysteries, about deep insights and intuition. It is related to everything invisible, untouchable. Pluto is about things that could dwell all around and within, which could make us uneasy.

Pluto is associated with our inner sense, our ability to foretell things, to sense them before they happen. It also represents the ability to affect masses.

The square falls under the problematic, heavy aspects. The square in astrology is an aspect that is responsible for troubles, problems, divisions, stagnation and overall tension.

It does not allow the energy to flow between planets and to present in its most positive way; quite the opposite. The square aspect is restrictive, suppressing and destructive.

Its energy is strong, so it represents the constant threat of conflicting situations, negative discussions, arguments, fights and pressure.

One could easily see why this is not going to be a particularly favorable combination, that of Venus square Pluto. Squares in synastry are not a good thing.

However, if you manage to see through it and find a way to make some use of knowing about it, you could possibly overcome the difficulties it imposes. However, squares are, indeed, a challenging condition.

The first association that comes to one’s mind regarding Venus square Pluto synastry report is a love-hate type of a relationship. Indeed, this is a heavy, complicated and intense relationship.

The partners are literally not sure if they love or hate the other one. First, the element of extreme physical attraction between the two is undeniable. They are literally crazy over each other, in that sense.

The magnetism, which is inexplicable, a connection that is partially animalistic and partially deeply spiritual perhaps, would bond them to one another.

This is one of those fatal relationships, which one would never be sure about how to call, good or bad. Well, the downsides are obvious. There would be a lot of jealousy, possessiveness, extreme behaviors, dependability.

They depend on one another and, thus, regardless of how self-confident they might appear to the outer world or not, they live in fear of losing the other one. This fear breeds reptiles of suspicion, insecurity, jealousy and everything else of the sort.

The one awakens the insecurities within the other and vice versa. One has to agree that it is not a very healthy connection.

This is a relationship on the edge of love versus hatred. It could eventually happen that from the most passionate lovers these two become the fiercest enemies, while, to makes things more difficult, they could still long for one another, especially in physical sense.

They try to control one another and there could be a lot of passive-aggressive behaviors and manipulation.

Well, everything is challenging with this aspect. However, one should bear in mind that there are also other aspects to look into. In any case, this is a planetary connection that would definitely affect the relationship and not in a particularly good way.

Although some people would describe it as a fatal attraction, the other side of that fatality could devour both.

Power struggles represent a typical element of a relationship with this aspect. Venus square Pluto in synastry would make maintaining the relationship challenging alone.

At one point, the partners would probably consider to separate. In this type of connection, it could happen that the two break up and then get back together, as they have probably built an obsessive connection and the depend on each other, emotionally, physically.

However, if it happens that they break up for good, there are literally no chances they could maintain any other sort of a relationship, a friendly one. Either they would become enemies or they would see never to meet up again.

The master manipulator and the imposing one would be the Pluto person. It would be very burdening and frustrating for the amorous Venus one.

Venus Square Pluto in Synastry – The Good and the Bad

This fatal connection makes the partners completely involved with one another, to the pint of obsession. Everything that has a tendency towards extremities, must inevitably led to other extremities.

This is a relationship where conversions of love to hate and of hate to love will be frequent. However, it is not all that bad.

Finally, there are people who are more inclined towards the dramatic than the other ones.

Of course, each person’s natal chart and all the other aspects in synastry would affect this one and vice versa. This connection would have a transformative effect, though not always in a good way.

Pluto could affect Venus to the point that the latter does things he or she would not normally do.

The Venus person would intrigue the other one with its attitudes related to physical and romantic love. This relationship would definitely not be an easy one. What you would be advised to do is to watch for jealousy, suspicion and to try not to lose yourself in the relationship.

All the destructive behaviors should be put under supervision. We would never advise you to go to the other extreme and make an artificial relationship.

However, these are things you should be aware of and literally learn how to deal with them.

Venus square Pluto synastry would bring you many fatal, dramatic moments, a deep connection you have never known before.

The relationship itself, whether it survives or not, would definitely be an experience and a love that happens only once in a lifetime. We could say it is a transformative type of a relationship.

Many would end up asking this question. Well, we could tell that synastry, just as the analysis of one natal chart, is not written in the stone. In other words, the synastry does not definitely determine what would happen in a relationship and whether it is going to last or not.

People are wrong when they ask an astrologer if the relationship was worth of investing their time and emotions.

No one could answer that; it is something you have to experience and decide yourself.

If we were to talk about the potentials, we would agree the synastry is reliable, to the point that it gives an insight on how particular aspects work.

However, in reality, it would depend on how you use the information from the synastry, knowing about it or not; the stars will remain there and the image they offer is the same.

They synastry, just as a natal chart, should be taken not as a prediction or a rule, but as a guidance.