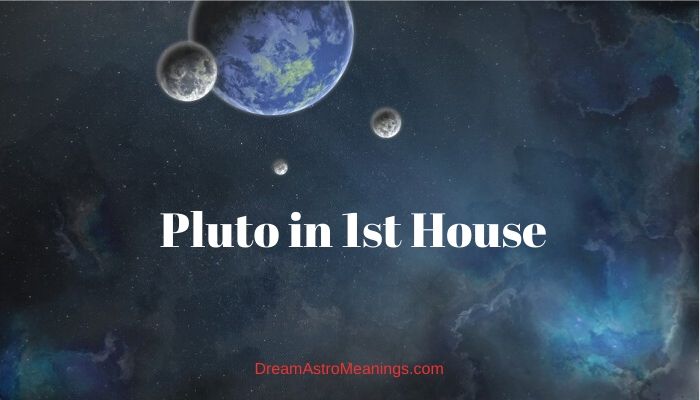 Houses in astrology tell us about areas of life marked by certain activity; each of the houses stands for a field of life. There were twelve fields, corresponding to twelve zodiac signs.

Houses could be angular, succedent and cadent, associated with cardinal, fixed and mutable signs, respectively. We could also divide them by four elements, as Fire, Earth, Air and Water houses.

When we have many planets in one house, it means that the area of life represented by that house will be dynamic; important events would take place in it. Our experience of life, regarding specific fields, will be strong and significant.

Empty houses will be dynamic in another way; in order to find out how, we have to search for the ruler of the house.

Planets inside houses could form various aspects and they decide on our individual experience of one particular part of life.

An excerpt from a natal chart, a planet in the house, does not give us complete image, but it is a precious piece of info0rmation that should carefully be analyzed. That said, let us see into Pluto in the First House.

The First House represents our beginnings, in terms of our predispositions, given by birth.

This is the house of life, the house of personality and identity. This field tells about individual convictions, attitudes, opinions, stances and tendencies; the overall attitude towards the world and the life as it was.

The First House is about one’s reputation and self-cognition, also about the physical appearance of the native.

This house is greatly about the way we would like to present ourselves to other people, about our strength of the character, self-confidence and self-integrity. Well, this house is analog to the powerful and very straightforward Aries.

The First House is an angular house and a Fire element house, meaning it was associated with cardinal sign and, thus, cardinal qualities, and with identity.

The First House represents circumstances of our birth and our individual inborn potentials. It defines our demeanor, our manners and behavior, the way we present to others. This is the house of our basic personality traits, temperament and characteristics.

Habits and vitality also have to do with this field. Interpreting the First House, we could learn about one’s predispositions for longevity.

Careful inspection of the First House is of great importance for understanding the rest of the horoscope.

The number of planets in the first field, and aspects they form, would tell much about the individual and help us understand his or hers experience of other houses, other areas of life. People with many planets in the First House tend to be very self-focused.

In which way this self-centrism would manifest, depend on the planets and aspects. These people could be amazing leaders, inspirational figures, brave and noble personalities, enthusiasts and initiators, people of irresistible charms and charisma.

They could be amazing motivators, being very self-confident, optimistic and daring. These people appear as having an unstoppable energy flow.

Of course, things could manifest the other way around. They could be too proud, too authoritative, egotistic and else.

On the other hand, people without an emphasis on this field could be insecure and fragile, but also they could be altruistic people and humanitarian, selfless personalities.

It all depends on a particular case. We shall see what enigmatic Pluto could do when in the first field.

Pluto was the god of the underworld in Roman mythology, the counterpart of the Greek Hades. Hades was also the name given to the very realm of the dead the god had dominance over.

Although Pluto and Hades were different in character, they are the same figure and they share two dominant myths. In Greek cosmogony, Hades got the power over the underworld, after Zeus, his brother, had overthrown their father, the Titan Cronus.

In Roman version, Zeus was Jupiter, Cronus was Saturn. Saturn devoured his children, because he was afraid they would bring him down, which eventually happened.

After his fall, the three brothers shared the rule over the world; Jupiter, Neptune (Poseidon in Greek mythology) and Pluto.

The name Pluto, Plouton, is found in various sources. Roman mythology has Pluto as the son of Saturn and Ops.

Although we would not reconstruct the complex theology of Greek and Roman gods, let us just say that Pluto and Hades shared the role as kings of the underworld.

Pluto was associated with not only the dead and the gloomy underworld, but also with abundance and wealth. It was said that he ruled the depths of the earth, those needed for a rich, good and plentiful harvest.

In addition, mineral treasure is to be found underground, so that was another connection between Pluto and the concept of wealth and power. Pluto was a quiet and solemn deity, but he was never considered an evil god.

He did not argue much with other gods, as his brother, the god of the sea, for instance, or some other aggressive deities of ancient pantheons.

Pluto was the ruler of the realm everyone eventually meets. There is no escape from death and, sooner or later, everyone would end up in Pluto’s underworld kingdom.

Therefore, he had no need to come out of his underworld court too often and mingle with other gods. Greeks, for example, were in fear and awe of their Hades and they would avoid saying his name aloud.

Pluto was considered a relentless figure, strict, though just. He was merciful towards people who lead a life of morality and righteousness. Neither Greeks nor Romans would actually celebrate the god of death and build temples in his name.

Besides the myth on how the god of death got to rule the underworld, another one was very popular and widely known, the myth of the abduction of Persephone (also known as Kore and Proserpine).

In the Greek myth, Hades fell in love with daughter of Demeter and Zeus and he abducted her, making her his queen. There were more versions and sources of this myth, so we only tell the basics.

The couple had ruled the underworld, welcoming the souls of the dead to their afterlife.

A powerful and mysterious deity was the quiet lord of the underworld. Let us see into its astrological counterpart, the distant planet Pluto.

In astrology, we still consider Pluto a planet, although its cosmic status, so to say, has been disputed for years now. Pluto is recognized as a dwarf-planet, but we simply treat it as one of the astrological planets.

Symbols representing Pluto share the same message; in the physical, material world, the Soul was the carrier of spirit. Pluto is, by all means, an enigmatic planet.

Many associate it with magical powers. Pluto represents an incredible source of energy, energy that could be used for both better and worse. That said, Pluto could be extremely powerful in a good way, but it also possesses a potential for devastation.

There were three main groups of astrological planets: personal, social and transcendental. The last three were transcendental, with Pluto being the last one.

They are also called the collective planets, as they are associated with the impersonal. These planets are distant and slow, so they affect whole generations of people.

Some say that, for this reason, their influence was not that visible in individual destinies.

Nevertheless, if there were emphasis, strong placements and aspects, these planets would possibly play a more prominent role. So we come to Pluto, as a transcendental planet, understood also as the higher octave of Mars.

Mars is a powerful, volatile, aggressive, intense planet, raging and impulsive. Pluto is intensively powerful, though its powers are hidden, secret, more subtle and mysterious,

For this reason, Pluto is associated with manipulation, criminal activities, terrorism, dangerous people in general, mages and sorcerers and all kinds of people with power and questionable activities, habits and reputation. Wars, disasters, cataclysms, catastrophes and destructions of all sorts are linked to Pluto.

Pluto is also about all the obscure and shadowy places, associated with the otherworldly and unknown, such as graveyards, tunnels, caves and else.

On a psychological level, Pluto is identified with our deepest and darkest desires and instincts; including those we suppress or are unaware of, or would not even like to meet.

Pluto represents carnal desires and libido, possessiveness, obsession, jealousy and envy. Pluto is about our dark side, so to say, and the ruler of Scorpio. However, Pluto has its bright side, as well.

Pluto has much to do with psychic abilities and brilliant intuition. Pluto has the power to influence others, which does not have to be in a manipulative, but in an inspirational, very spiritual and good way.

However, the manifestation of its energy in natal depends on the side of the tossed coin.

Pluto in the First House – Pluto in 1st House

These natives definitely leave an impression. They shine from shadows, so to say. Their appearance does not have to be special, in terms of their outfit or unbelievable beauty or whatsoever. They simply catch attention.

Their presence is felt, without them saying a word. Such an aura and energy so strong is often a double-sided blade. While people might be impressed and feel special in your company, thirsty for some of your energy (which is another two-sided blade moment), some people might be afraid of you.

They feel your energy is too strong, consuming and threatening. Solitude is common friend to people with Pluto in the First House.

Some people would want to have some of your energy for themselves; such contacts could be really exhausting. Moreover, it happens that people expect of you more than you could offer.

Let us explain what we mean by that. Usually those who appear interesting one way or another are expected to be, well, interesting enough.

If you cannot offer enough of mystery they long for, you disappoint them.

While some people really not give a thing about that, those with Pluto in the First House only appear as if they do not care. They do care. They leave the first impression, but these people are not programmed to be the same all the way.

Maintain the reputation of the strong first impression is burdening. Inner struggles are common in people with such placement of Pluto.

Insecurity is also very common, as well as great sensitivity. However, it is typically invisible.

These natives are very elegant in hiding their true feelings; they usually appear as if nothing could bring them down. They cry and suffer alone.

This self-defense mechanism and their en garde attitude were inborn and, thus, difficult to get rid of. Pluto, however, has to do with transformation and rebirth.

It means that your life is likely to be marked by several deep transformations, which represent inner growth. More than once in a lifetime your identity could figuratively speaking die and be reborn again.

Of course, it does not mean you would lose your person and become someone else, but you are likely to change. Some natives are afraid of it, so they struggle much more.

Many people with Pluto in the First House are afraid of being defeated, rejected, diminished in one way or another. Yes, they, in fact lack self-confidence, but no one could see it. If you would lower your guard a little bit and let others see that you were just another human being, things would become easier.

Well, those influenced by planets that have to do with power in a way Pluto and Mars have really do not lose.

However, Pluto always brings along the power of regeneration. Your inner strength would survive all your struggles and transformation and, in fact, it will grow stronger. It defines you, since you have Pluto in the house of identity and life.

We could say Pluto in the First House characterizes a turbulent inner life, but it is a life path of transformation, growth and renewal.