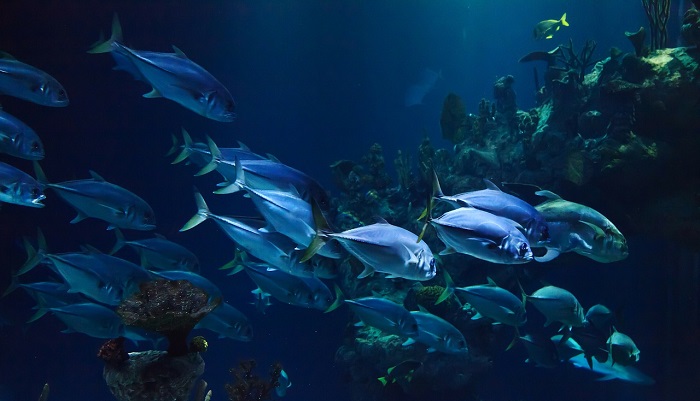 Fish is one of the oldest symbols used by numerous cultures and associated with different ideas and concepts.

Although people commonly identify fish with Christianity and Jesus Christ himself, fish is a symbol much older than that.

Long before Christianity was born, fish was a very common symbol in ancient civilizations and their traditions.

The symbol of fish is to be found in the east and in Vedic texts.

According to one of the legends found in Vedic lore, the archetypical man, Manu, grew a fish that got bigger and bigger, so that he eventually used it to carry him to the shores after the great flood.

This legendary fish had a horn to which many attached his boat and safely travelled over the water.

Manu was the archetypical character, since the very term means ‘a man’. He was the first priest and the first to make sacrifices.

Manu is believed to be the father of the humankind, the one that originates directly from Brahma, also known as Svayamhua or the self-existent. He is Brahma’s spiritual son a god-man. Rig Veda says how Many had children with his wife and those were people of the world.

He was also their teacher and guardian. The fish from the story was an incarnation, an avatar of the god Vishnu himself. Vishnu is one of the major Hindu deities, the supreme truth and the preserver.

Vishnu is the one who is everything and is in everything, according to interpretations. Vishnu is a metaphysical principle, not only a Hindu deity. The connection with the fish is truly interesting.

In Ancient Egypt, fish was a regular staple food, fresh or dried, but it was forbidden for figures that had to do anything with religious work. 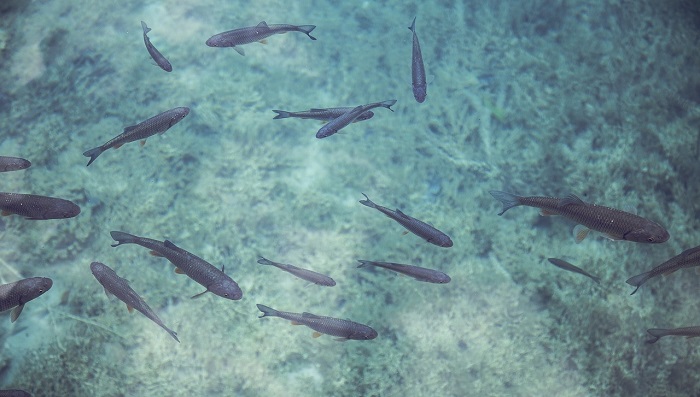 The legend says that gods of Busiris transformed themselves into chromis fish, which required that those involved with religious work avoid eating it. There was also a goddess in a shape of a dolphin and she was regarded as the chief of fish.

In Egypt, fish had ambivalent symbolism and value. It was considered mysterious, sparkling beneath the waters of Nile.

Certain fish species acted as pilots of the boat of Ra and they were telling about the monster Apepis’ arrival. Fish is mentioned in the myth of Osiris, as one of the body parts of the god, after the god Set murdered him and scattered his body across the land.

Chromis fish was considered of protective quality, so amulets representing it were popular at the time.

Fish is universal symbol for fertility and abundance, because of their reproductive habits and especially the number of eggs. This also made them symbols of married life, family and all related.

In far eastern cultures, fish often has this symbolism. Water and beings that live in it have been associated with life, fertility and prosperity since the dawn of time.

Bases of Khmer monuments have fish shaped carvings and this was done with a special purpose. T was meant to show that their buildings have foundations in the source of life, in waters that flow under earth.

This association is especially interesting since it indicates fish are associated with the underworld and thus, their nature is chaotic and changeable. This is also attributed to the very element of water.

For similar reasons, fish are sometimes regarded as unclean. Saint Martin notes that it has to be so, since fish heads are not separated from the rest of their bodies. Leviticus allows eating fish, but they are not to be sacrificial animals.

Fish, the creature of water, symbolizes the life itself, however and the ever flowing cycles of life as it is.

Fish is silent, mystical and creature frequently associated with secrets, adaptability and flexibility. In numerous traditions around the world, different species of fish have special meanings.

Fish is one of the oldest Christian symbols, as well. The first Christians often communicated by using signs and symbols, since they were prosecuted across the lands. Greek word for fish is ichthys, ΙΧΘΥΣ.

The letters that for the word were convenient to be seen as an acronym for Iēsous Christos, Theou Yios, Sōtēr. This translates to “Jesus Christ, Son of God, Our Savior”. The earliest Christian monuments often feature a simple symbol representing fish.

Fish is an older symbol compared to cross. In Christianity, fish is a good sign and it often represents the souls of those who are saved in the light of God.

Fish is also associated with the ritual of baptism, being a water creature; thus, the event of rebirth after baptism also has to do with symbolism of fish.

The Christ that has risen ate fish, so it became a regular part of Eucharistic feast. Fish is a very common motif in Christian iconography.

Learning some the most interesting stories about fish symbolism and its origins, let us see into prophetic meaning of fish.

What does it mean to see a fish and what it could possibly symbolize in your life? Does a symbol of fish have any prophetic, special meaning? Is it a good or a bad sign?

It probably mostly depends on your own perspective on fish symbolism. However, there several common themes associated with this mysterious symbol.

For devoted Christians, a fish could be seen as a sign of Jesus Christ and of God. The symbol of fish, seen in dreams or elsewhere could be a sign from heavens; your guardian angels may send you a message that should encourage you in your faith.

You are not alone, because God takes care about you and you have no reason to worry. It does not matter if you are a devoted believer; the fish sign could also direct you towards the way of faith.

In any case, it could be seen as a symbol of life, which implies that the sign is good. Seeing fish symbols or seeing actual fish in a way that it rally draws your attention could be seen as a prophetic sign, with positive meaning and a promise of better future.

The fish could be a symbol of fertility and abundance. Look into your heart and see what it that you wish for is.

For example, if you dream about having kids, fish could be a positive omen. If you struggle with financial situation, a fish symbol could be a sign that your troubles will cease. Fish, however, also indicates secrets and mysteries.

It is a silent creature. Seeing fish could mean you are surrounded with secrets; there are things you are about to discover, but you have to keep your eyes wide open.

It all depends on what you think about the symbol yourself and definitely on cultural contexts.

For example, a goldfish is universally accepted as a lucky sign. You certainly know about one of the most widespread legends about a goldfish and three fishes. So, seeing a goldfish, dreaming about it or else, is a good and positive sign.

It is a lucky and very fortunate omen and it is usually firstly associated with material fortune.

Fish could be a potentially bad sign, depending on your current situation in life and the level of your consciousness about it.

For example, a fish could reflect your current state of feeling lost in life. Fish roams never-ending vastness of sea and ocean waters long rivers and deep lakes.

Although fish in nature probably knows what it is about to do, to us it sometimes appears as an aimless effort.

Maybe you are pretending as if things were okay, keep quiet about your problems and try to persuade not only others, but also yourself, that everything is fine. However, you feel lost.

Like a little fish in a big ocean. It also depends on how you see a fish. If you, for example, dream about the whole flock of fish, it means you are either lost in the crowd or that you are actually a part of a community and the feeling of belonging should be strong.

Many details determine the actual prophetic/spiritual/symbolic meaning of the motif of fish.

In this case, it could be a prophetic sign that indicates birth of new ideas. It is also a symbol of spiritual journey.

It is your guiding spirit, in a way. It is not prophetic in term that it will give you an exact prophecy, a concrete ‘plan’ or so, but it is a sign of divine guidance. If we take fish for a symbol of secrecy and mystery, it could have two meanings.

It is best understood if you take dreams about fish. On one side, the fish could represent yourself as one who hides things for a reason, someone who does not talk openly about certain things. You do not like to expose yourself to others, probably because you feel as if someone might use it and you will get hurt.

On the other hand, it could be that you are surrounded by mysteries; you do not see something that is important.

In terms of prophetic meanings, seeing fish in a dream possibly suggest you are about to explore the whole new world of ideas and thoughts, possibly in very spiritual sense.

Fish in water represents a journey and life, so it is a good sign, unless you feel extremely anxious about the dream.

In this case, it rather reflects the feeling of being aimless and helpless; the destiny takes full control over you.

Other scenarios have different meanings. A fish on dry land rarely represents anything good. In prophetic sense, it suggests a failure, an empty effort, loss and sorrow.

The fish cannot survive on land, so the dream is a bad prophetic omen about things that are likely to be. It possibly suggests that you cannot realize your own limitations and try to go far beyond your borders.

Healthy ambition is good, but having too much of it leads only to destruction and defeat.