Color blue is one of the most favorite colors around the world, according to some statistics.

In different cultures, color blue carries different meanings, but there are universal associations, which originate from our visual perception of the world as it is or as how it appears to be.

Blue is the color identified primarily with two of the greatest ideas related to overall existence, water and skies.

Blue is the reflection of skies in the waters of the earth. While neither the sky nor the water is actually blue, the game of light gives us an impression that both of them are blue. That is why blue is also a very mysterious color.

Blue is found all around us, in nature. Birds, fish, insects and rare exemplars amongst other living species are of blue color.

There is great number of blue plants and their flowers, but, interestingly, fruits and vegetables are rarely of blue color. Color blue is, in fact, pretty repulsive when it comes to our eating habits.

It reminds us of something unnatural, which is not meant to be eaten. It probably originates from that fact that delicious natural food is not blue.

It could be quite safe to say that blue is the food for our soul, more than it is for our body.

However, nourishing and calming as it is, blue is also a color associated with the emotion of sadness, feelings related to it and with melancholy.

Take blues as a musical genre, for instance; its name comes from the expression of ‘feeling blue’, meaning feeling sad, melancholic, and even depressed.

Color blue through ages and cultures 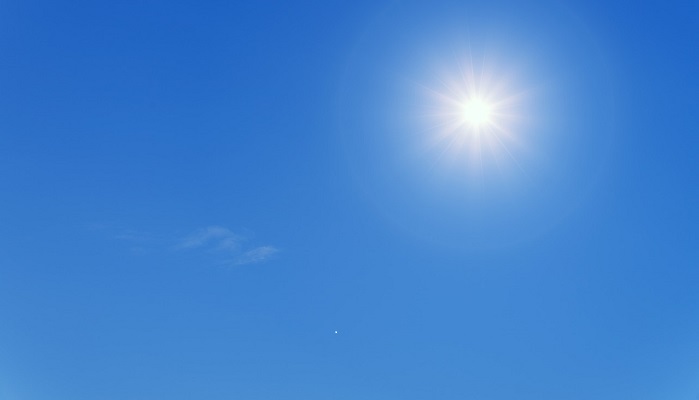 There are many meanings associated with the color blue. Artistically, blue comes in many different shades and it is the first color ever to be made artificially by humans. Egyptian blue is the first artificial color ever made, according to archaeological sources.

In Ancient Egypt, blue had significant symbolical meaning, that of the truth.

Egyptian blue was revolutionary color, the first synthetic pigment ever and not that it was a miracle of technology, but all those remains of Egyptian art attest to its beauty. It was symbolically important color, with incredible spiritual potentials.

For Ancient Egyptians, blue was the color of sky and of the river Nile. It was a symbol of the world, life, creation, abundance and fertility.

Blue pigment Egyptians were using was not that easily obtained, since the main source of the pigment was a rare and expensive mineral of lapis lazuli, mined in today’s Afghanistan.

Speaking of which, color blue is seen in some of the most wonderful minerals and crystals known to humankind. In ancient philosophy based on the idea of four essential elements of existence, color blue was used to represent the element of Water.

You have probably heard about Byzantine blue, one of the most beautiful shades of the color, something in between lapis lazuli blue, celestial blue and Egyptian dark blue. The color could be seen on Byzantine frescoes in the first place, but it was used by other nations.

Some of the worldwide known examples of Byzantine blue are found in Hagia Sophia.

During medieval period, the color blue was frequently associated with royalty and nobility, similarly as purple. In later centuries of the medieval period, namely twelve and thirteenth century, color blue gained a lot of popularity through depictions of the Holy Mary.

In iconography, the mother of Christ is portrayed in blue clothes.

These depictions made it an appropriate color for Christian women, since through portrayals of Virgin Mary, the color was identified with ideas of chastity and purity. However, with Protestantism, blue slowly become a man’s color.

Throughout Middle Ages and Renaissance, blue color was treated as a warm color.

From seventeenth century until nineteenth, it had been cooling down, until reaching the formal status of cold.

In eighteenth century Europe, at least fourteen shades of blue color were available and in use. Blue color has important symbolic meaning in social and political context. It is the color that represents peace, which means it is favorable color to be featured in diplomatic affairs.

Blue is an important heraldic color and you could see it on a great number of coats of arms and flags around the globe. Today, color blue still carries some of the original meanings and it is mostly used as a calming color, associated with peace and truth, if it was used in public affairs.

In fashion, color blue is associated with beautiful blues found in nature, such as those of the sea and the sky.

The meaning of blue depends on its shade, especially if we speak about fashion and modern design. Dark shades are often associated with mystery and royalty. Light ones with sea and summertime, for example.

There are all kinds of blue shades and many names of blue. It is just as interesting as going through the cultural history of origin of the color and of its use.

Names of blue shades could reveal interesting things about the exact color origin and meaning.

Color blue is often seen as an unrealistic color, like emptiness all concentrated in one place.

It is best understood if you think about blue as the color of air and water. Color blue contains the pure emptiness, it is eternal and ethereal, magical. Color blue associates on eternity and something higher than our earthly life.

The famous artist Kandinsky saw color blue as distancing from a human and a motion directed towards the center, the very essence that at the same time awakens the desire for eternal, for ultimately pure and higher.

Color blue is primal simplicity and limitless space; we could never comprehend it to the fullest.

All these ideas are grandiose and impressive, but they are too great for a human fully to comprehend.

This is what makes color blue distant and cold. Ice could appear blue to our eye, although it is not truly blue, it is not painted in blue, but the refraction of light makes it appear so. It is breathtakingly beautiful to human eyes, but so very cold and distant.

The color of mystery and imagination

This leads us to another spiritual meaning of the color blue. It is a color associated with the imaginary.

Color blue is often found in art, symbolizing all of the above mentioned, but also mystery, ineffable secrets of the universe, limitless world of human imagination and creativity of an artist.

Color blue, associated with the two most obvious and present elements, that of water and skies, represents their mystical nature.

Depths of the oceans, just as vastness of space are associated with color blue. We see them blue and we use blue to represent it.

Both water and sky symbolize mystery, creativity, contact with forces not as easy for a human to reach.

Blue represents hidden and hardly reachable wisdom one some strive for. Light or dark, in this case blue stands for mystical powers.

Blue for peace, tranquility and truth

Color blue represents peace, as we have mentioned. This peaceful and calming spiritual energy of the color blue is also related to this uncatchable nature of this color, associated with things that are omnipresent and undeniable.

Thus blue represent ultimate truth; blue is not cruel, but it is cold in its representation of the truth. Everything in blue is hidden and exposed at the same time.

It has completely the opposite effect from the color red, which excites, burns, awakens passion, strength, activity in general.

Color blue is associated with the fifth chakra, which is the throat chakra, also known as Visuddha Chakra. In Sanskrit, its literal name means ‘the purifier’.

This chakra is the one of manifestation and expression, commonly associated also with knowledge and health. The element of the Blue chakra is – ether.

This chakra is located at the throat pit and physically it governs mouth, neck, throat, cervical plexus and thyroid gland.

The basic psychic aspect of the fifth chakra is that of authentic expression of truth. In spiritual terms, throat chakra is one of the high chakras, meaning that if energy manages to pass through it, we are closer to higher ego transcendence level. It is the road to awareness. Throat chakra is associated with the sense of hearing.

The greatest qualities of this Blue chakra are purity, truthfulness, authenticity, receptivity, peace and idealism. Blue chakra could get blocked, so Kundalini energy cannot pass through because of fear of rejection, indifference, injustice and criticism.

Catharses associated with the chakra activity are screaming, associative talking, singing and speaking out. Blue chakra is associated with aquamarine and turquoise stone, so if you would like to activate it, choose one of those to wear.

Blockage of the fifth chakra makes one unable to bring out the inner word. It manifests differently, in different personalities.

Melancholy, sadness and even depression are often associated with the color blue. The expression of feeling blue is old and has many possible origins.

It is frequently found in literature. Let us see into etymology of blues as a musical genre.

They use it to describe horrifying symptoms of alcohol withdrawal. Later on, the phrase lost its ‘devils’ and it became a phrase to describe general depressive state of one’s mind. Used in lyrics and verse or literature in general, feeling blue describes the depressive, sad mood.

Sometimes it describes melancholy. All of these psychological states are different one from another, but blue connects them.

It is cold and empty, distant and so vast that we cannot fathom it to the fullest. It is related to our inborn fear of the unfamiliar and the unknown.

The meaning of the color for an individual will also depend on what it reminds one of in this physical world.