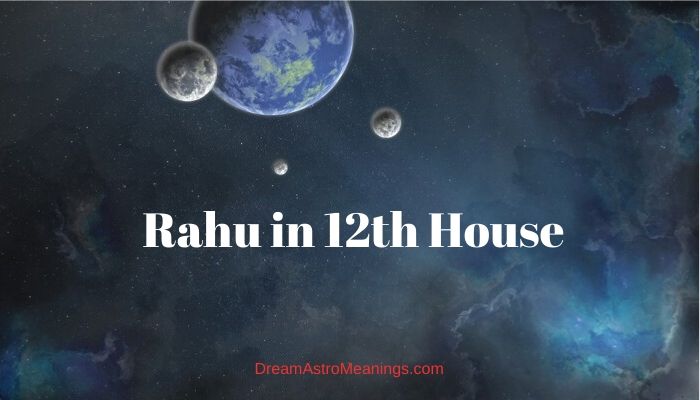 Hindu (Vedic) astrology has its origin in ancient India. Western and Hindu astrology have some similarities. Astrology analyses the influence of the planets and astronomical bodies on humans and their lives, as well as the entire world that surrounds us.

People have known that since ancient times and this is why astrology has so many centuries of existence and contains experience and knowledge gathered through time.

Astrology can be very precise in its predictions, but doing astrology analysis requires a lot of knowledge and experience.

Fortunately, these days there are many sophisticated astrological computer programs which calculate the positions of the planets and their aspects, and create natal charts in seconds after entering the necessary data. The analysis of these positions requires much more than seconds.

The natal chart is a map of the sky at the moment for which it is made. This image of the sky gives a lot of information about the desired subject, whether it is a person or a situation, or some other matter of analysis.

In Hindu astrology, the basic idea is that all lives and experiences are predestined, and that people are incarnated into existence at exact predestined moments in time, so they could experience the events that they are supposed to experience in order for their soul to grow and expand and fulfill their destiny.

By analyzing the planets in the natal chart, the astrologer in Hindu astrology determines the person’s individuality and character as well as their destiny.

Natal charts are usually created for analyzing individual charts, but astrology can also be used to predict events, outcomes of situations, relationship potential, and other matters.

The basic analysis usually means analyzing the positions of the planets in signs and houses of the natal chart, as well as the aspects they are making. They give the astrologer enough information to get an insight into the person’s character and the likely destiny they might experience.

They show the areas of life where the focus of attention and action are. They show the person’s areas of interest and give insight about the events they might experience during their lifetime.

The energy of the planets placed inside the houses strongly influence the areas ruled by these houses.

In Hindu astrology houses are divided in four trinities: trinity of Dharma (rules spiritual action), trinity of Artha (rules wealth), trinity of Kama (rules relationships) and trinity of Moksha (rules the liberation of the soul).

In Hindu astrology, house can be divided in three groups: Kendra, Panapara and Apoklima.

Rahu is depicted as a snake or dragon which swallows the Sun. In Hindu astrology Rahu is considered a planet, even though it is an imaginary point. Ketu and Rahu represent points of intersection of the Sun and Moon trajectory.

When the Sun or the Moon find themselves on these points, occurs a phenomenon called eclipse of the Sun or Moon.

Rahu is not considered a fortunate planet; in fact, it has a bad reputation, indicating rebellious nature and fight against authority.

Rahu can sometimes be responsible for giving fame and recognition to people in government institutions and politicians. Rahu rules materialism and it also rules our materialistic desires.

By analyzing the position of Rahu in a certain sign and house, the astrologer can determine the person’s materialistic goals and desires. Rahu can reveal the person’s focus of attention.

For example, someone who has Rahu in Cancer might be overwhelmed with the idea of having children and being a parent. In the same way, someone with Rahu in Sagittarius might be obsessed with new experiences, expansion of consciousness and spirituality, and foreign travel.

The position of Rahu might also show whether the person is prone to manipulation, and the actions they are likely to take when they are trying to manipulate someone into doing something for them.

For example, a person with Rahu in Cancer could be prone to emotionally manipulating others into fulfilling their desires. Their manipulative actions might consist of trying to provoke people’s compassion and make them feel sorry for them.

Because Rahu rules fame and recognition, the position of Rahu in a certain sign and house could reveal how the person is likely to seek to become famous and recognized.

Rahu rules addictions and the sign where it is placed can reveal the possible addictions the person might be prone to having.

In Hindu astrology, the 12th house signifies the completion of lifecycle and endings. This is the house of solitude, isolation, detachment. The things we should detach from in our life are usually represented by our 12th house.

If there are malefic planets inside this house, and the ruler of the house is afflicted, this could indicate life spent in isolation, in prison or some kind of institution, either hospital, mental institution, or some similar kind of place.

The twelfth house rules secrets, separation, secret enemies, fears, losses, mental illness, etc. Afflicted 12th house could be an indication of a person prone to criminal behavior, addictions or prone to some kind of mental illness, that might cause their hospitalization.

The twelfth house reveals the things person needs to get rid of so they could progress in life; it represents the things and people that are restricting them and they should move on from them for their own good.

The twelfth is considered a house of spiritual liberation. It represents the final resolution from the endless cycle of death and birth and the material life. It signifies the freeing of the soul from material attachment.

People with planets in the 12th house are usually very religious, often sages and priests, people with tendency to seclude themselves from the world seeking enlightenment.

The 12th house is the ruler of temples, monasteries, mediation places, places of worship, and similar places.

People who have humanitarian and compassionate nature prone to sacrificing for others, usually have 12th house full of planets.

This house often shows the detachment from things and people ruled by this house and the planets placed within. This could mean real physical separation, or in some cases, separation because of someone’s death.

The 12th house is the house of dreams and sleeping, and can reveal a lot about the person’s sleeping habits.

This house rules distant places and distant travel. A person with a lot of planets in the 12th house might end up living far away from their place of birth. It can also mean a lot of travels to distant places, meeting far-away cultures and not being able to settle in one place. This can also indicate foreign business and trade.

The 12th house corresponds to the sign Pisces. It there are a lot of planets inside, this could indicate a person who has vivid imagination and is very intuitive.

This can also be someone prone to isolating themselves from their surroundings because they love solitude.

When Rahu is placed in the 12th house, this is not considered a good placement. Rahu in 12th house might make the person prone to overspending and jeopardizing their financial situation.

Their behavior towards money could lead these people towards difficulties and struggles with their finances which they won’t be able to resolve easily because of their naturally reckless nature when it comes to spending money.

When Rahu is in 12th house of secrets, this could be a sign of some chronic illnesses which won’t be easily discovered and diagnosed. Rahu in twelfth house is not a good sign when it comes to success of the person’s endeavors.

It is likely that they will face a lot of obstacles while trying to reach their goals, but they won’t be able to easily overcome them, and will often face failures of their goals and actions.

Regardless of how hard this person might work and the amount of efforts they put into achieving their goals, they might fail, and there’s no guarantee of their success.

In some cases, this placement of Rahu might indicate illness of family members and expenses the person might have for their medical treatments.

This position of Rahu, especially when it is afflicted could be a sign of the person being falsely accused of something and facing litigation and in some cases jail.

People with afflicted Rahu in 12th house might suffer from mental disorders and have problems with sleeping. In some cases, these people might end up in mental institutions for their mental states. Many of them might develop phobias and fears, sometimes from irrational causes.

In some cases, a person with Rahu in twelfth house might be a victim of magical practices of people from their surroundings, sometimes their relatives. For this person it is advisable to turn to religion and faith to keep themselves free from the negative influence of this placement.

Sometimes this position of Rahu might be an indication of life in a foreign country where the person might have trouble.

This position of Rahu is often a sign of life in isolation for some reason. Depending on the state of Rahu, the person might choose to isolate themselves, or they might be forcefully put into isolation, against the person’s will.

These people might choose a religious path, become monks and isolate themselves from the world. They might choose the path of criminal where they might end up in prison because of their wrongdoings.

Sometimes they might end up in hospital for a longer period because of some illness. In some cases, these people might actually profit from these institutions.

This can often be a sign of secret affairs, spending money on lovers, and wasting money in general.

This can be an indication of relationships in foreign countries or the person has some connections to far away countries and foreigners. This position might create a person who is very creative and has vivid imagination.

If Rahu is afflicted, when it is placed in the 12th house it might cause the person to become addict to some bad habit, such as drugs, alcohol, etc. and become hospitalized because of the need to free themselves of this addiction.

In the 12th house, Rahu doesn’t feel well, and its negative traits come to surface.

A person with Rahu in 12th house might be prone to self-isolation and distancing themselves from people. They might be very intuitive and religious, and have a nature prone to giving and helping others. These people might end up living somewhere far from their country of origin.

This position of Rahu might be a sign of mental disorders or some hard to diagnose illness.

It might indicate a person who is a reckless spender who could jeopardize their financial security because of their overspending.