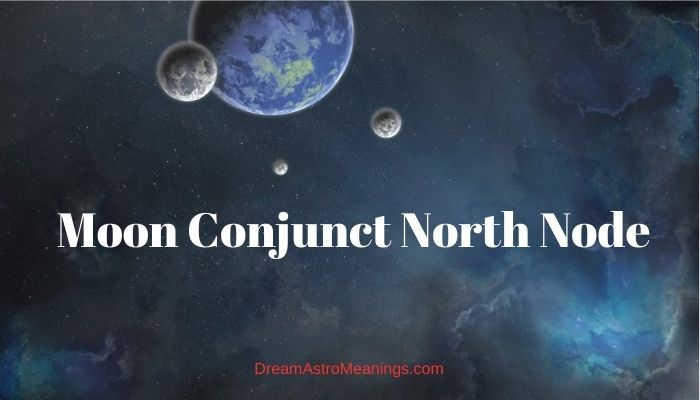 The moon is a natural satellite of the Earth, but in astrology it is considered a planet, since it directly affects the fate of a person.

The moon is the second brightest object in the sky, as well as the second most important celestial body in astrology.

The passage of the Moon through any house is so fast that all the effects of the influence of the Moon are temporary and are mainly responsible for the mood swings and emotions that arise in relation to house issues.

The moon rules all fluids on earth. The movement of the moon has a direct impact on the tides of the sea, as well as on the organisms of plants and animals

. The moon represents our deepest personal needs, memories, the home we grew up in, and the home we strive to create for ourselves with its warmth and comfort.

The moon rules the sign of Cancer and the 4th house of the natal chart. The Cancer sign is known for its emotional nature, need for security, love of home and nostalgia for the past.

4th house in astrology Thanks to the connection of the moon with the 4th house, it rules the house and family, as well as everything that we consider our personal space and the basis of our daily life.

The moon plays an important role in human relationships.

Romance and affection, caring and tenderness are guided by a silver companion. She is responsible for a sense of belonging by managing a more passive partner in a relationship.

The moon can give feminine characteristics and character traits without having any effect on a man’s sexuality.

People with a strong moon are usually compassionate and caring. They think about the welfare of others first and then about their own needs.

If the Black Moon at the North Node saves a person from excessive haste when moving towards the destination, then Lilith, at the opposite point of the Nodal Axis, seems to insure the native from certain problems.

When the North Node is connected to the Moon, a person’s imagination is enhanced, his mind is strong and stable, mental sensitivity is accurate, and impressions are authentic.

A weak Moon in a horoscope speaks of a person who is emotionally weak, he has frequent mood swings.

Such people have a hard time controlling their feelings and emotions, they often cry and laugh a lot. They have to face many difficulties on an emotional level due to their temperamental nature.

These points of intersection arise because the moon does not follow the same path as the sun, but rather the lunar orbit plane is inclined by 5 degrees for 9 minutes compared to the sun orbit plane (which is actually the earth’s orbit plane) (see figure on the left). The moon is partly north of the ecliptic, partly south of it.

When it crosses the ecliptic from south to north in its monthly orbit, it is at the “ascending” or “northern” lunar node; he crosses it two weeks later from north to south, then at the “southern” or “descending” lunar node.

In the ephemeris values ​​are given for the so-called mean and / or the true lunar node. The former represents a mean value and is always decreasing.

The true lunar knot, on the other hand, constantly changes its direction, but all in all moves against the zodiac sense. Incidentally, it does not correspond to the astronomical facts as exactly as the name suggests – because the moon does not describe a very exact elliptical orbit around the earth either.

Astrologers have different preferences: some work with the true lunar knot, others are satisfied with the middle one. But they never deviate by more than about 1.5 degrees. Most of the horoscope drawings only show the ascending lunar node. The descending one is directly opposite.

Analogous to the lunar nodes, there are also planetary nodes for every planet (= the intersection of its orbit with the ecliptic). The lunar nodal axis symbolically unites the sun and moon, because the sun and lunar orbit meet here. Generally speaking, it is about the encounter between two poles.

The descending lunar node corresponds to the past, be it the karmic one, i.e. what someone brings with him from past lives, or the past of this life, childhood. So there is no need to cling to the idea of ​​karma and reincarnation when working with the lunar knot axis.

The descending lunar node also shows what one has “inherited”. The ascending lunar node, on the other hand, stands for the future, for what a person is supposed to develop in (which often happens through encounters, relationships and partnerships).

Sometimes the ascending lunar node is also assigned to the planet Jupiter, while the descending node is assigned to Saturn. This does not make sense if the planets are only called “benefactors” or “evil doers” in the old fashion.

It is true, however, that the Descending Lunar Node is about more difficult issues (personal shadow), including compulsive reaction patterns, whereas the Ascending Lunar Node indicates growth opportunities if the problems of the former are confronted.

So the task at the lunar knots is not to leave one behind and to rush towards the other. Rather, the two poles should be balanced. Another analogy can be understood on this basis: namely, that the ascending lunar node is sunlike, and the descending lunar node.

North Node in the 12th house, South Node in the 6th house, you need to learn to leave your world, help people and animals, and provide specific assistance. This personality also constantly experiences the acuteness of being in control and without it.

And how much can Lilith Rahu work in general? Working out You need to learn how to organize yourself and work in a disciplined and orderly manner. This, taking into account the natal indicators, can speak of the help of Destiny in achieving great personal success. In other films with his participation, such as Cool Hand Luke, Hombre, the Mackintosh Man.

Sometimes the ascending lunar node is also assigned to the planet Jupiter, while the descending node is assigned to Saturn. This does not make sense if the planets are only called “benefactors” or “evil doers” in the old fashion.

Such a person has chosen an exact program for himself to protect life, to strengthen his body, which is a temple for the spirit, to follow the appeal of a healthy body – healthy. Possible is the escape of illness and suffering, or the role of the victim, despite the fact that life will still force us to catch up.

If the Black Moon at the North Node saves a person from excessive haste when moving towards the destination, then Lilith, at the opposite point of the Nodal Axis, seems to insure the native from certain problems.

When the North Node is connected to the Moon, a person’s imagination is enhanced, his mind is strong and stable, mental sensitivity is accurate, and impressions are authentic.

Change of place of residence, change in the composition of the family directly in the house where you live, and restructuring of relations with parents. The need to escape from reality through alcohol, drugs or dreams is very strong. One type of relationship can have much more imbalance than another type of relationship.

It seems that the life of these people is controlled to such an extent by higher forces that a person, like a chip, is carried by a powerful cosmic current. Marriage is foreseen with a person of another nationality or with a foreigner, or marriage to another country.

The fact is that he goes so deep that he completely forgets about everything he thinks about. They are characterized by a tendency to self-delusion and a tendency to speak harshly.

Over time, they get used to the disapproval of their parents and their own unpopularity, they begin to avoid companies and are constantly afraid of getting into scandalous situations. Sun ruled by Leo Moon ruled by Cancer Mercury ruled by Gemini and Virgo Venus ruled by Taurus and Libra Mars ruled by Aries and Scorpio.

Some doctors take into account the peculiarities of the influence of the lunar phases and on the days of the full moon of the new moon of planned operations, tooth extraction try not to prescribe the full moon, blood loss increases, the new moon is simply undesirable for the intervention of a weakened organism.

Always looking for the best, the individual will eventually find out why other people suffer so much, while in the meantime he tries his best, at the risk of hurting himself, to help all who are suffering.

Of course, at the same time one should consider the position of the Descending Lunar Node in order to see what misunderstandings, disappointments, troubles are possible during the conclusion of an alliance and from this alliance.

The sixth house is the house of overcoming crises, here we acquire the ability and develop the technique to cope with crises and the tasks set by life.

In situations where the problem is unsolvable, the consideration of the birth horoscope is often transferred to the plane of the karmic horoscope and the analysis of the causes that caused it.

An individual with such a Node position suffers from built-in dissatisfaction, since everything he creates through his South Node only makes him dream of more that he missed.

And if he evaluates the trials that have fallen as the highest injustice, fate may punish even more to throw in psychological and even mental crises, forcing him to go the road of self-denial.

Intuition and supersensory perception contribute to the improvement of the money and home situation. He thinks he would like to be alone, but feels an almost overwhelming need to connect with other people.

And now let’s try to determine the tasks that the lunar nodes pose for a person, and find out how to solve them. Thanks to this, the knot is more likely to cause destructive and splitting forces, instead of uniting groups and society.

I take the view of the South Node as a point of regression, pushing us back the swamp and do not consider it to be of great value.

The intensity of feelings often completely blocks prudence and caution, at the same time such people do not want to learn restraint, self-control and discipline of emotions.

You have a very emotional character with large psychological differences, strong suggestibility, capriciousness and extravagance.

Relations with higher-standing personalities are very ambiguous, and fluctuate between a complete rejection of authorities and a desire to smear them in search of protection.

Such people can turn out to be dangerous, insidious and persistent enemies, often acting under the influence of passion.