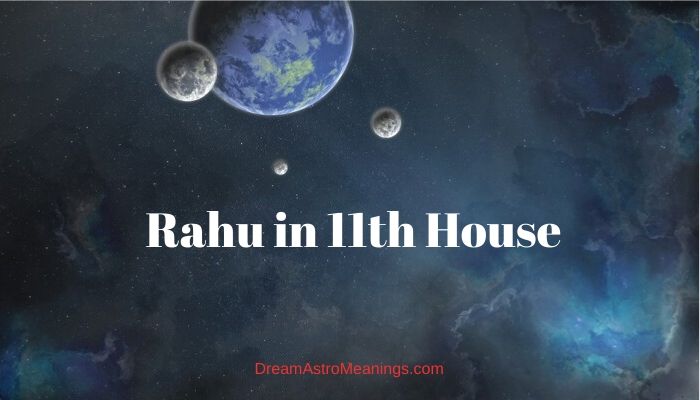 Hindu astrology is based on a premise that all our lives are predestined and we are all born in specific predetermined moments in time to go through certain experiences and live our destiny.

Hindu astrology analyses the positions of the planets to determine the person’s personality as well as their karma.

Practicing astrology requires a lot of experience and knowledge. Nowadays, calculating a natal chart is easy, lasting only seconds after inserting the necessary data into a computer program.

The analysis of the natal chart implies detailed knowledge of astrology. The astrologer analyses the positions of planets in the signs of the Zodiac, placed inside the houses of the natal chart, as well as the aspects these planets create between them.

Astrology can be used for analyzing individual charts, but there are also other types of analysis, when astrologers analyze planetary positions and movements to foretell events and outcomes of situations.

The houses containing the planets are the most important because they reveal the focus of interest and action.

These houses can describe personal traits of the person as well as the possible events they might experience during their lifetime. The energy of the planets influences the houses where they are placed and the areas ruled by these houses.

The houses in the natal chart have different areas of rulership. Information about all matters in the person’s life can be deciphered from the natal chart and the positions of the planets in this chart.

There are four trinities of houses in Hindu astrology: Dharma, Artha, Kama and Moksha.

The trinity of Artha represents the trinity of wealth and desire to provide financial security and contains the houses 2, 6, and 10.

The trinity of Kama represents the trinity of relationships and desire for pleasure and contains the houses 3, 7, and 11.

The trinity of Moksha represents the trinity of liberation of the soul, and the person’s desire to liberate themselves from the world and contains the houses 4, 8 and 12.

The houses in the chart can also be divided on three groups: Kendra, Panapara and Apoklima. Kendra houses contain angular or cardinal houses: 1, 4, 7, and 10. Panapara houses contain succedent or fixed houses: 2, 5, 8, and 11. Apoklima houses contain cadent or mutable houses: 3, 6, 9, and 12.

Rahu and Ketu are not real objects, but imaginary points. They are points where the Sun’s and Moon’s paths intersect. When the Sun or Moon are on these points, eclipses occur. Rahu is the north Moon node and Ketu is the south Moon node.

Rahu inspires confrontations to authority and society rules. It also rules secrets, addictions, manipulations, and deceptive behavior. It can reveal the dark side of human nature.

Sometimes Rahu can give people fame and recognition, especially to those in government institutions and in the field of politics. It can also give people other kinds of authority.

Rahu rules materialism, and people’s materialistic goals. By analyzing Rahu’s sign and placement in the natal chart, the astrologer can determine the person’s desires and focus of attention.

The areas which this sign and house rule are usually the areas where the person’s desires and goals will likely be focused.

For example, when someone has Rahu in Cancer, they might have an obsessive desire to be a parent and have children. People with Rahu in Scorpio might be obsessed with fulfilling their desires for physical intimacy.

Rahu is the ruler of manipulation, and the position of Rahu in the natal chart can reveal the way the person expresses their manipulative side of personality and tries to manipulate other people.

The sign where it is placed shows the possible activities the person might use to make others do what they want.

For example, someone with Rahu in Cancer might try to use emotional manipulation to blackmail others and make them do what they want. They might pretend that they are weak and incapable to arouse sympathy in others and influence them into fulfilling their desires.

Because Rahu rules fame, the sign where it is placed might reveal how the person will likely seek fame and recognition, or what they would likely to become popular and famous.

The position of Rahu in a sign can reveal the possible addictions the person might be prone to.

In Hindu astrology, the eleventh house is a fortunate one. It is called Labha, meaning gains. This house rules income, gains, profit, prosperity, abundance, and wealth. This is also the house of your desires and their fulfillment.

The planets in this house show whether the person has trouble in fulfilling their desires or not. They can show the possible sources of income and wealth. The eleventh can be considered the house of income from the profession you perform.

This house is also the house of friends and your social circle. It reveals the people who might help you accomplish your goals and desires and make your dreams become reality. The eleventh house can reveal whether the person has difficulties in making friends or friendships come natural to them.

It might show the relationships with friends and whether the person will have beneficial friendships or they might experience deceptions and betrayals from their friends.

The 11th house also rules communities and groups the person might be a part of; it shows their interests in different kinds of social activities. This house can show the level of help the person might receive from their friends and close acquaintances, and even the members of the groups or communities they belong to.

Depending on the signs and planets placed in this house, the astrologer will make a conclusion whether the person might fulfill their plans and desires with ease, or they will face obstacles they will need to overcome.

By analyzing the placements in this house, the astrologer might be able to determine the areas which might bring the person gains, and in some cases wealth.

They will also detect the areas the person should stay away from because they might bring them misfortune and losses.

The 11th house reveals whether the person will be successful in their job related endeavors, as well as their education and litigation endeavors. This house corresponds to the sign of Aquarius. The body parts ruled by this house are the calves and ankles.

This house also rules the areas of higher studies, speculation, foreign collaborations, litigation, etc. The outcome of endeavors and litigations could be seen in this house.

The eleventh house rules pleasures and prosperity, profit and progress in our activities. It shows the manner in which the person treats people in their social circle, and whether they are interested in helping attain group goals or being more focused on personal achievements and interests.

People with Rahu in 11th house might be motivated to form friendships and become part of groups and communities for some kind of profit and gains.

They naturally lean towards people who can help them in some way, people who are high on the social status scale, and people who are rich and influential. They want to become a part of their circle and groups they are a part of.

Their friendships often have a hidden agenda and they are often not sincere.

Rahu in eleventh house is often an indication that the person has high incomes, often increasing through their connections and networking.

These people might not always have honest intentions and might use their connections to their advantage and financial gains, but they don’t openly show it. They might manipulate people who consider them friends for their benefits.

These people might also ignore and misuse the rules of the community they belong to because of some private interests.

People with Rahu in eleventh house often have many supporters and helpers of their endeavors and goals, especially from members of the groups and communities they belong to.

They don’t always deserve this support and help because they are often motivated by their own interests instead of the interest of the group or community they belong to. This is a great position of Rahu for anyone who relies on networking in their business.

Rahu in eleventh is also an excellent position for anyone working in the marketing industry. Rahu in 11th house can often be an indication of status and wealth inherited from ancestors.

The person is born with money and influence, and their connections are inherited. They simply continue building their network of influential friends and acquaintances that help them fulfill their goals and increase their income.

This position of Rahu often brings wealth into the person’s life, especially after the age of 31.

In some cases, especially if Rahu is afflicted or there are some other negative influences, this position of Rahu can bring the person in relationships with acquaintances and friends with dubious moral, people who are prone to deception and secretive activities which can cause problems to the Rahu person.

If Mars is afflicting Rahu, this could indicate great loss and misfortune the person might experience. This could also indicate bad relationship with the person’s father.

In general, if Rahu is well-placed in the eleventh house, it will bring the person good fortune and gains. They might rely on steady income and earnings.

The wealth is usually a result of support from their wealthy friends, but it might also be a result of the person’s efforts. They are focused on earning money, and can be successful in investing other people’s money, which can make money for them as well.

The position of Rahu in 11th house gives the person a strong desire to connect with people they share similar interests with as well as to be a part of their circle.

The friends and acquaintances will help the person gain wealth and accomplish their desires.

This position of Rahu is usually a sign of influential and wealthy friends who are willing to do anything to help the Rahu person achieve their goals and fulfill their dreams.

If Rahu in 11th house is afflicted, this could be an indication of false friends and acquaintances and group members who might try to take advantage of the Rahu person.

This person might experience betrayal and backstabbing from their friends and acquaintances or they might act in a similar manner towards their friends motivated by financial gains and benefits.

Rahu in eleventh house might bring the person some unexpected gains, often through inheritance, or winning in litigation. It could also be a sign of income through foreign investments or endeavors from abroad.

The person might have friends and acquaintances somewhere in a foreign land which will help the Rahu person achieve their dreams and earn more money.

This position of Rahu is excellent for someone who is in the marketing or networking business.