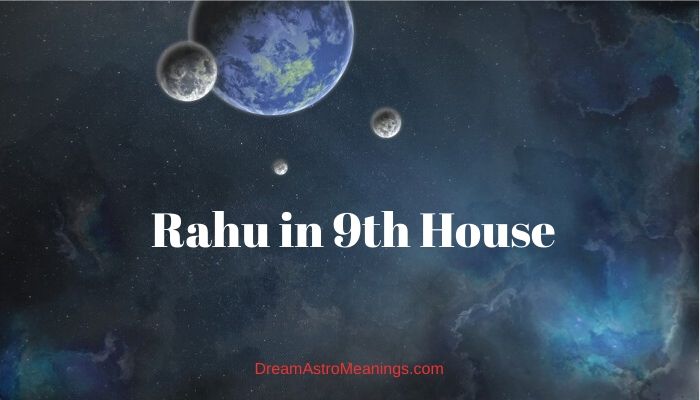 The practice of astrology requires dedication, knowledge and a lot of experience.

Because it deals with such sensitive subjects as people’s lives, the astrologer needs to have strong moral and ethical standards and be careful when telling their predictions to their clients.

The analysis starts with creating a birth chart for the moment of someone’s birth (or some other moment in other types of analysis).

The positions of the planets in that particular moment determine someone’s personality and potential in this lifetime.

Vedic astrology is founded on the idea that everything is predestined and that humans are born into this life at predestined moments to fulfill their destiny.

The analysis of the positions of planets in the houses of the birth chart and their relationships give a lot of insight about the person and their possible destiny. The most important are the signs and house placements of the planets.

There are 12 houses in the birth chart; those with planets inside give the most information to the astrologer. The houses with planets are strongly influenced by the energy of these planets. Every house has a specific meaning and areas of rulership.

The houses in Vedic astrology can be divided on trinities, such as:

Rahu has a bad reputation. It is known for despising authority and breaking society rules.

The traits of this imaginary planet are deception, secrecy and general naughtiness. It reveals the dark side of human nature and every individual in person.

In some cases, Rahu gives the person fame, especially those who are involved in politics and government institutions.

Rahu is also the ruler of our desires, especially our materialistic goals. Its position reveals how easy the person fulfills their goals. The sign where Rahu is placed in the birth chart shows the areas of life where these desires are likely to be focused.

For example, the person with Rahu in Sagittarius might have a strong desire to expand their spirituality and their horizons accompanied with a desire and urge to travel to distant places for spiritual reasons.

Rahu in the birth chart shows the way a person manipulates other people. Every human being possesses a manipulative side to some extent, and Rahu shows how prominent that trait is in a person and the ways the person likely experiences this trait.

For example, when someone has Rahu in Cancer, they might be prone to emotionally manipulate others into doing things they want them to.

The position of Rahu can also show whether the person is likely to seek fame and recognition, and the ways they are likely to do that. For example, someone with Rahu in Scorpio might try to gain fame through their passionate nature.

Rahu rules addictions, and the sign where it is placed could reveal what might be the person’s possible addictions.

The 9th house is also considered the house of higher education. When the ninth is full of favorable planets in good placements, this could be a sign of successful writer.

Also, when the ninth is full of planets, this often gives the person a desire to explore the world and the unknown. This might refer to actual exploration and travels to distant places, or discovering inner truths and secrets of the Universe.

A person with strong 9th house is usually inspired to learn and expand their spirituality. The state of the 9th house reveals whether the person will be successful in these explorations or not.

The ninth house in Vedic astrology symbolizes the person’s father, their spiritual guides and their good fortune. It represents their destiny that they are born with.

This house reveals a lot about the person’s father and his behavior. It reveals details about the father’s life and longevity. This house also reveals the financial situation of their father.

The ninth is also the house that reveals how lucky the person is in life. It shows the people who give the person spiritual guidance and help. It reveals the person’s relationship with God and religion in general, and whether the person is religious or not.

The 9th house also represents the link to the person’s future lives. It reveals the karma the person has generated throughout their previous lives and how that affects their current life and conditions.

The state of this house and the ruler of the ninth can reveal whether the person is likely to be blessed with a satisfying life and good fortune or not.

The ninth house is also the ruler of higher education, often away from home land. It also rules the person’s interactions with the Justice System and courts; it also shows the guidance from the person’s seniors and spiritual teachers. This house can reveal the moral standards of the person.

It shows the level of respect the person shows to people older than they are and their empathy towards them. This is the house of the person’s teachers and their interactions with them.

The ninth house rules all institutions of higher education, courthouses, religious temples and places of worship, as well as places of authority. The body parts related to the 9th house are back of the thighs and buttocks.

Rahu in 9th house is generally a beneficial placement. Rahu in ninth house gives the person success in their married life, with their children, health, fame, profession, spiritual development, and general good fortune and success of their actions.

These people are usually very creative, and the type and areas of creativity might be determined by the sign where Rahu is placed.

People with Rahu in 9th house usually have a lot of beautiful clothes, jewelry and items of great quality. Many of them can afford paying someone to help them with house choirs.

They are inspired to find new ways of thinking and doing things; these people have a philosophical view of life and enjoy having such discussions with people who have similar approach. They love to travel and experience new cultures, and with this placement of Rahu it is likely that they will have many often unplanned trips abroad.

Rahu in 9th house people might in some cases have problems getting their inheritance, especially when Rahu is afflicted. They might become influential in the upper class and people might look up to them.

These people might change their jobs often but they are likely to achieve success, sometimes putting in more effort and sometimes less. Their life experiences influence their spirituality, and they become more spiritually evolved as they get older.

People with Rahu in ninth house usually have good relationships with their relatives; in some cases, when Rahu is afflicted, this could indicate conflicts with relatives. Afflicted Rahu might indicate some psychological issues the person might be prone to.

When Rahu is in 9th house, the person will either be very religious or they won’t be religious at all. Sometimes this position of Rahu, especially when afflicted could indicate the person could possibly change their religion during their lifetime.

If Jupiter in this person’s chart makes an aspect with Rahu or their Ascendant, they might become very wise and teach others their wisdom.

This person will most likely be very religious. If Saturn or Mars make aspects with Rahu that might negatively affect the person’s health and general prosperity.

In some cases, the person with Rahu in 9th house might become a leader in the field of religion and/or philosophy. They might become a philosopher, study religion, become a priest, practice religious rituals, etc.

They have a unique and non-dogmatic view on religion and life in general. They might inspire others to accept their ways of thinking, and in some cases, these people can be inventors of new paths of religious and philosophical thought.

They often become part of religious movements where they reach high position in their hierarchy. If Rahu is afflicted in their chart, they might achieve all that, but their motivations could be superficial and materialistic rather than altruistic.

In this case, the person might only teach others how to act, and act completely opposite to what they preach.

They might want the worship of the masses without actually earning it, but only pretending they deserve it. This position of Rahu can be a sign of false prophets and gurus which people should be aware of.

Afflicted Rahu in ninth might create a person who uses religion to gain privileges and increase their wealth. Many of these people might also be driven with a desire for public recognition and worship.

Because Rahu often symbolizes confusion, placed in the ninth house could indicate the person’s misunderstanding of spirituality and its concepts.

This position is an indication that the person will most likely be interested in developing their spirituality and even teaching others about spiritual concepts, but they might be unsuccessful in doing so because of their own inability to understand and apply these concepts in their life.

In some cases, Rahu in ninth causes bad relationships with the person’s father or religious teachers. This is often a good position of Rahu for material gains.

A person with Rahu in ninth house might be very spiritual and religious. These people often possess higher education and have a philosophical approach towards life.

If Rahu is afflicted they might use their spiritual insights and religion to gain benefits. They might also be incapable for true understanding of spiritual truths.

Depending on the position of Rahu in 9th house, the person might have good or bad relationships with their father.