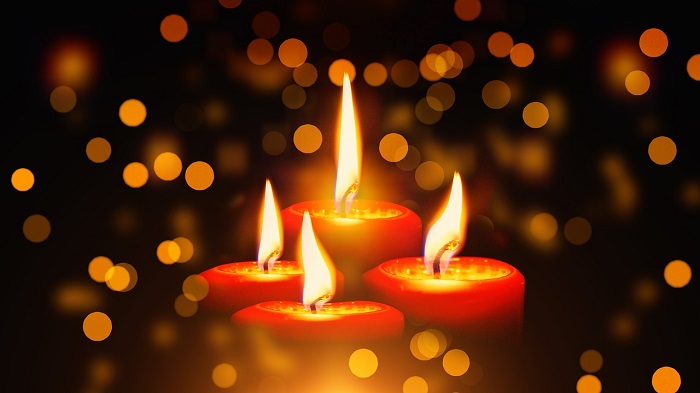 These days candles are usually made of paraffin wax and stearic acid.

They can also be made of other flammable substances such as beeswax, animal fat, or similar substances, which provide light and sometimes fragrance.

The burning of the candle causes the paraffin or the wax to melt. The candle burns until it reaches the end of the wick.

Candles are present in human lives sense antiquity. They are known to be used by the ancient Romans in the 500s before Christ.

Also, it is believed that the ancient Greeks used candles as well, but no certain evidence is found. The ancient Chinese had candles made of well fat in the 200s before Christ.

In these early years of their existence, candles were you usually made of animal fat. The more frequent use and production of candles began in the Middle Ages.

People who had this occupation often went from house to house, gathering fat which the household collected especially for candle making. These people also had their own shops where they produced and sold candles.

These candles were mostly made of tallow, but also beeswax candles existed.

Although they were of higher quality and had a pleasant smell, these candles were not easily affordable because of the expensive ingredients that were used for their making. That is why, only the rich people could afford having beeswax candles.

The poor could only use candles with foul odor because they were made of tallow. Churches usually used beeswax candles. 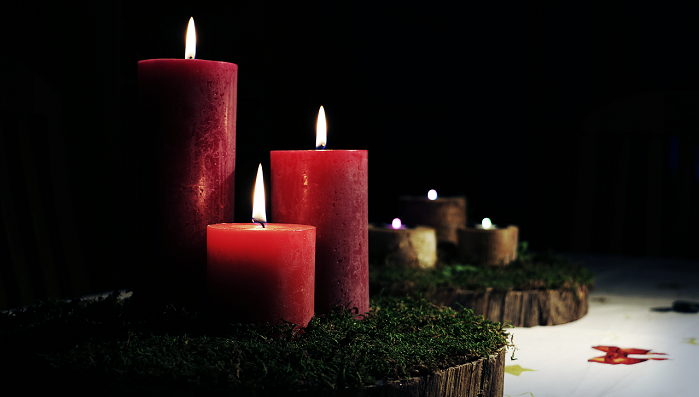 Because there was a higher demand for candles and their use, people began searching for some cheaper ingredients to create them.

New ingredients for making candles were invented candles, such as rapeseed oil and spermaceti, which was a substance produced by the sperm whale.

People also had begun making machines for making candles. All of that made the process of creating candles easier and faster and it decreased the price of candles as well.

That made candles more affordable for the vast majority of people.

Also during the 1850s, the paraffin wax was discovered, which made the production of candles even cheaper and easier.

That meant that many people could afford candles and they weren’t considered such a luxury anymore.

At first, candles were usually used for illuminating spaces, but they were also used for different kinds of religious rituals and ceremonies.

After the discovery of new ways of space illumination, especially the discovery of electricity, candles have lost their role in that area, but they have found some other important purposes.

For performing rituals and ceremonies, candles still have a very important role, but they are also used for decorative purposes.

They also used to create a pleasant atmosphere in the home through their calming flames and the pleasant fragrance which some scented candles emanate.

Churches use candles for their many rituals and ceremonies. Candles are also used in churches as a sign of respect for God and a sign of their faith.

Believers light candles in church also because they desire to have God’s protection and support.

Candles are even today used in some occasions for illuminating spaces.

They can be used to create a romantic atmosphere in the house, but also in the event of electricity going down for some reasons.

People will use their decorative candles to illuminate their rooms until the light comes back.

Many different customs are related to candles and candle burning. Candles are lit during the funeral ceremony as sign of respect for the deceased.

They also symbolically represent the light which should illuminate the path of the departed on their way to the other realms.

Candles also symbolize the personality of Jesus Christ because he is also represented as light.

Candles were used throughout history to dispel negative energy and evil forces and spirits. It is believed that the candles burnt between 11 and 12 o’clock in the evening during the holiday of Halloween, when extinguished, it means that the person is under a magic spell or some kind of witchcraft.

Candles are also very important in church rituals and ceremonies. Almost all services in the Christian church are performed by using candle lights.

They are symbol of joy for Christians and they have a spiritual significance as well.

Candles are very important for Christianity itself, especially in the Orthodox Church. Orthodox believers light their candles before the Icons of their Saints as a sign of appreciation of their good deeds.

Also, the Orthodox believers light candles before the icons hoping that they will receive God’s support and help. They also light the candles as a sign of their faith and love for God.

In the Roman Catholic Church candles are a sign of worship towards God and they symbolically represent God’s presence among people.

In Judaism, candles also represent God’s divine presence and they are a symbol of joy as well.

In Judaism, it is believed that symbolically the candle represents the fragility of human existence and they represent a reminder to people to be more appreciative of their lives and the people around them and be happy in every moment of their lives because they are so short and fragile.

Candles cannot also remind us of the need to be more appreciative of the people will love and are close to us and appreciate their presence in our lives.

Especially the use of candles is important during some church ceremonies, such as baptism or marriage. The bride and the groom are holding light candles as a symbol of their love for God, as well as an expression of their desire to be accepted and blessed by the church.

Also, a baptized person and their godfather hold a lit candle as a symbol of the person’s entry into the church of Jesus Christ.

That was a period when Christianity was persecuted and it wasn’t a recognized religion and the worshipers needed to hide their activities.

Beside or other uses, candles are also used for some spiritual purposes and during spiritual rituals. They represent a connection between the spiritual world and the present reality.

These rituals are made based on the principle of sympathetic magic which, to put it simple is “like attracts like”. In these rituals, the candle of a certain color is used as a symbol of the desired outcome.

For example, a person wishing to have more prosperity and more money, or career advancement will use a green candle. If the person also desires financial abundance they might use a combination of yellow and green candle.

That way, they will amplify the desire and the desired outcome.

Understanding the principle, different colors of candles can be mixed together in combination or only one color candle can used.

It is important to mention that white colored candles are very energetically strong and they can be used to replace any other color candle if the person doesn’t have the right one at the moment.

Also, the white candle amplified to strength of other color candles.

Red as a color symbolizes passion, vitality, love, and intimacy. It is the color of strength, lust, survival, driving force, courage, and good health.

This color rules Tuesday, which is the day of the planet Mars.

That attributes Martian energy to this color, which is masculine and aggressive, active, fiery and courageous. It is a militant energy and related to the root chakra.

Using red color candles a person can stimulate the root chakra. They can also attract the qualities of the color red. Red candles can help a person to attain strong and courageous energy to undergo some difficulties or challenges.

A red color candle combined with a black candle can dispel negative energy from a person’s life and house.

The red color can be used to draw in some fresh energy. The red candle is used attract the energy of love and passion.

Red candles are used to improve a person’s passion, vitality, life energy, as well as help a person become more courageous and confident in their abilities to overcome the difficulties that they are facing in life.

A person who wants to attract new love in their life and improve their intimate life, should use a red candle.

The red candle improves the person’s ability to have fast reactions. It helps a person advance in their career. It also helps a person to go through the necessary changes in their lives and create a new and desires reality.

The red color candle is amplifying the person’s impatience and desires to succeed, and that especially refers to their career goals.

Dreaming about red candles often indicates that the person is experiencing strong emotions and passion.

This dream could also express the person’s desire to experience more love, passion, and romantic experiences.

It usually reveals the person’s desire to experience strong emotions and deep love.

It might reveal that the person is under some kind of pressure or tension, or experiencing aggressive emotions or behavior.