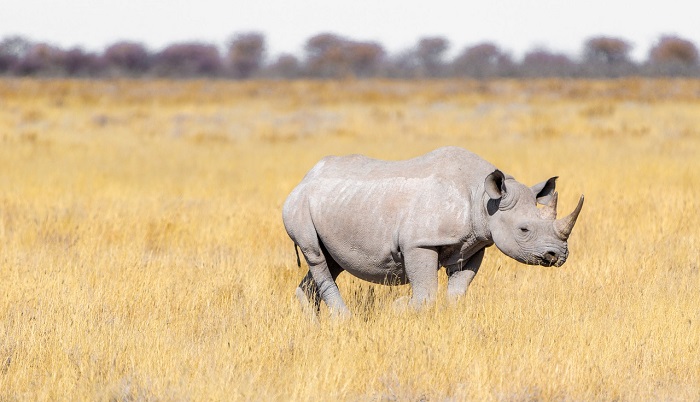 Ancient and unique, rhinos are one of the oldest living mammals that walk the earth we live on. Rhinos are known for their strange and, by all means, remarkable looks; they have massive bodies and easily recognizable nose horns.

While we imagine all rhinoceros as horned, some archeological and fossil findings prove that not all sub species of rhinos had horns.

However, rhinos that we know today all have their specific noses.

Even those who have never seen a rhino could imagine this remarkable large animal and its unique appearance quickly come to their mind.

However, their unique horns have cost rhinos much; people have always been fascinated by their horns, so rhinoceros were extensively hunted.

This humankind’s greed has lead rhinos near to extinction. Having so small number of the animals alive, some of sub species have met their end.

It is important to mention that the last living male exemplar of the majestic white African rhinos had died in the beginning of 2018. Most of remaining rhinos are now endangered species, just because of our greed.

Rhinos’ horns have been believed to possess some magical properties that could be useful and healing to humans, which is one of the reasons why would people hunt and kill these innocent, beautiful animals.

Even Latin name for rhinos mean something like ‘those with horned noses’; the name originates from Greek terms for nose and horns, rhino and keras. The taxonomy puts them into the family of Rhinocerotidae, which means exactly what we have said.

There are several types, sub-species of rhinos and they all live in Africa and Asia. There are five sub species, slightly varying in their size and appearance.

The largest were African white rhinos and the smallest are Sumatran ones. 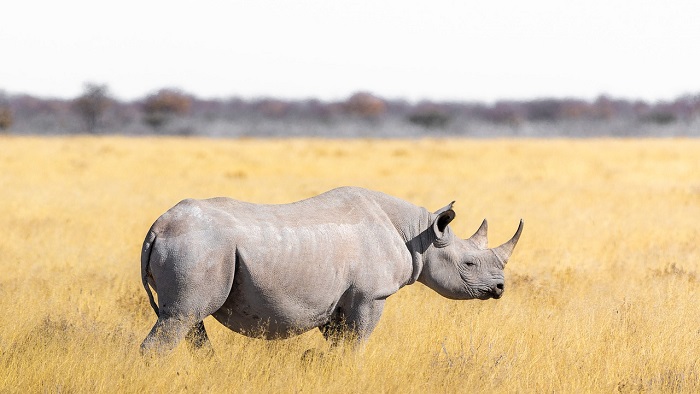 Numerous historical accounts testify about the first Westerners’ encounters with such an impressively strange animal; all of these stories tell about people’s fascination with these remarkable animals.

This fascination was not, however, good for rhinoceros.

The mixture of local traditions and greed of those who came from other parts of the world, this in which rhinos are not a common sight, lead almost to extinction of rhinos.

While locals have been hunting rhinos to get their horns as a medicine, the others would hunt them as trophy animals; they would keep their horns to brag about having an encounter with such a strange creature from far away or they would sell the horns for great prices.

In Ancient Chinese medicine, rhinos’ horns have been considered a precious medicine; Chinese would make a special healing powder from them. It was claimed to help with all sorts of pains, fever and so on.

These animals have always represented something amazing and inspiring to people, particularly to all those that come from lands where there are no rhinos and other exotic species.

Exactly so, to Westerners and others, rhinoceros are exotic, unique and intriguing animals and it is so today, even after centuries of exploration and knowing the world. They are probably one of the most ancient exotic animals we know today.

Many people still believe rhinoceros have mystical and magical powers.

These unique tough looking giants are definitely some of the most amazing animals on earth.

While rhinos may appear intimidating and scary, because of their massive bodies and, of course, their horns, these animals are mostly quiet and calm.

They are not aggressive at all and they would attack other living creatures only if provoked.

However, people claim rhinos are not particularly intelligent animals. If it happens a rhino spots you and even tries to attack you, you could simply hide behind the first tree and it will just leave you that way.

Rhinos symbolize peace, tranquility and calmness. They symbolically represent the idea of a pure heartedness and kindness, hidden behind the mask of strength and toughness.

Rhinos are well equipped to survive challenges of the Earth; we, humans, have been their worst enemies, which is really sad. Rhinoceros are like sheep in wolf’s skin; tough and scary on the outside, calm and gentle on the inside.

They are physically strong and resistant to various natural conditions. They do not seek for a fight and they keep away from humans.

Once they are endangered and provoked, rhinos would attack people; their horns are indeed dangerous and they could seriously harm or even kill other creatures.

Rhinoceros represent peace, harmony and balance. They embody the idea of inner peace and tranquility, being slow and relaxed most of the time.

Rhinos feed on plants and they do not hunt or kill other animals without being provoked.

They symbolize harmonious approach to life and everyone’s need for finding balance within the world we live in. These animals also represent kindness, generosity and softness.

A sight of a rhino suggests that we could be both strong and confident about ourselves, but also kind, caring and modest at the same time.

Their thick and harsh skin, along with their size and large nose horns make them look like true living monsters, but these ancient animals could be actually seen as gentle and good giants.

The grace and modesty behind the veil of toughness, that is what rhinos stand for.

Rhino totem teaches us the very same lesson; you could be harsh on the outside, but you could also have a warm and loving heart. ‘All that is gold does not glitter’, just as it says this wonderful line from Tolkien’s poem.

You should never judge people only by the way they appear to you; Rhino people know that the best. Rhino people are calm, steady and caring individuals, who seek for harmony and peace in life. They are modest and undemanding.

Rhino individuals usually see to find the perfect routine; they are not materialistic and they value more a good talk, than a luxurious high-class party does. They are full of understanding for others and would always offer a full, unconditional support to those they care for.

Rhino people are friends who will always have your back; they would never abandon a friend in need, even if the situation was really bad and exhausting for both.

People guided by Rhino totem are determined and self-aware. They prefer to keep the steady pace and one course in life, but they are open to changes.

However, their nature is the opposite of being thoughtless and risky.

They seek for harmonious and comfortable life. They are family oriented and they usually keep their circle of friends small. They are not unsociable, but they do not like crowds and a lot of noise around.

Rhino people are generous, kind and gentle towards others. They would never say something to deliberately offend or hurt another person. However, they do not let others brig them down.

Rhino people are emotional and sensitive, but they have enough self-esteem to keep still.

They are generally satisfied with who they are and confident. They are not arrogant or commanding, but self aware and understanding.

These individuals do very well in groups, but they prefer working alone or with a restricted number of people.

They are patient, organized and calm; they are excellent mediators in difficult situations.

Their nature is peacemaking and diplomatic. Rhino people believe life is about adaptation, kindness and steadiness.

They find it easy to wait for the right opportunity and follow their call.