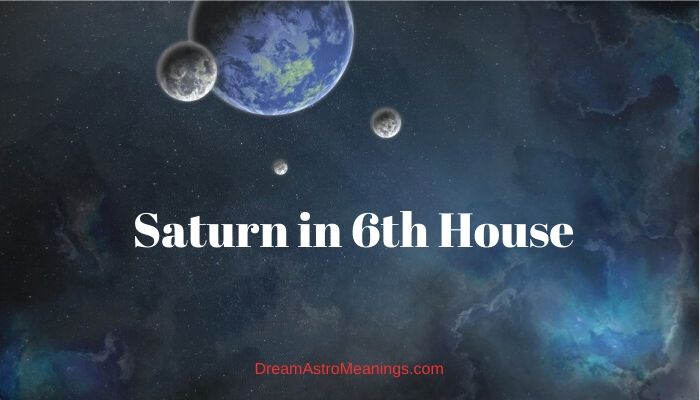 People have been obsessed with astrology and the planets since ancient times. This is a millennia old study of the planets and stars on humans and the world around us.

Our ancestors realized how they influence our lives and gathered this experience and knowledge through the centuries.

In ancient times, astrology was an important means to predict the future and give answers to people’s questions.

Nowadays, it is not as seriously taken and is mostly considered as a fun topic for conversation without understanding its true value.

The accuracy of astrology has been proven so many times. Astrology gives us answers to many questions, especially when the interpretation is done by skilled and experienced astrologers.

Astrology describes people’s characters in details and it can predict their possible future.

It can describe someone’s appearance, interests, goals, attitude, etc. It can tell us about outcomes of situations or potential of relationships.

Astrology can also be used to determine the potential of a relationship between two people.

The astrologer analyzes and compares their natal charts and the planets inside to see how compatible they are. Because of that, it is important to take it seriously and use it as a means to improve your life.

The interpretation in astrology begins with making the natal chart; it is the image of the sky in the moment when the chart is created. The astrologer analyzes the placements of the planets in that moment placed inside the chart created for that moment.

These positions can describe someone’s personality, their character traits, behavior, possible events, etc. They also give answers to many other questions.

There are 12 houses in the chart; they all have different meanings and rule different areas of our life. The first house begins with the Ascendant. This is the “sign rising on the eastern horizon” in the moment of the making of the chart.

It is an important point of the chart and describes the person’s appearance and personal traits. It reveals how the person likes to be presented in public and be perceived by the public.

The houses where there are planets have the most importance. They show the astrologer where the focus of attention is and where there is likely to be the most action.

These planets influence the areas ruled by house where they are placed and give additional information about the possible events the person could experience during their lifetime.

The houses are significant in synastry analysis as well; the astrologer analyses the meanings of the planets from one chart placed inside the other chart to see how the relationship influences both partners and their lives.

The houses of the natal chart have different areas of rulership.

The planet Saturn symbolizes responsibility and seriousness. It is a symbol for wisdom and knowledge. It is a large planet; only Jupiter is bigger. It is also known for the ring system and the 82 moons of which Titan is the largest. Saturn doesn’t have a solid ground.

The house in the natal chart where Saturn is placed shows which areas in life are likely to be affected with Saturn’s influence; these areas are likely the ones where the person might experience issues, obstacles, and difficulties in obtaining what they desire.

These are also the areas where the person could be obliged to take care of someone, or undertake some responsibilities, be patient, etc. These areas are often filled with some restrictions.

The time of life when the Saturn returns to its natal position after traveling through all the 12 signs of the Zodiac is called “Saturn’s return”. This usually happens in around 30 years, because it takes Saturn around 2.5 years to go through a sign.

This time of life is reserved for self-observation and self-evaluation as well as the evaluation of the achievements we have had so far. The person determines whether they are satisfied with what they’ve achieved in life or not.

The planet Saturn is the ruler of life lessons and its lessons are not easy. We usually learn them through Saturn events that happen during major transits or progressions involving this planet.

It is ruled by Mercury and its sign is Virgo. Planets inside the 6th house show the person’s attitude towards the areas ruled by this house.

It shows whether we are taking good care of ourselves and our health, or we are prone to neglecting our needs and jeopardizing our wellbeing. It also reveals our attitude towards our hygiene and our sleeping habits.

The sixth house is the house of patience, and the planets inside and its ruler show how patient we are.

If there are planets inside this house, they give the astrologer additional information about the person’s physical condition and health, as well as possible illness the person could experience.

This house and the planets inside also show the person’s attitude towards their work as well as their relationships with coworkers. The 6th house can reveal whether the person is a workaholic or is prone to procrastination and neglecting their duties.

The sixth house also reveals our eating habits and diet, and can reveal our attitude towards them. It shows how fit we are and how well we take care of our bodies and physical fitness.

The sixth is also a house of routine jobs as well as our work. It shows how we act towards our daily choirs, including the choirs at work. This house reveals our atmosphere at work and describes our coworkers.

It also shows whether we are prone to doing voluntary work, our services to others, and our employees and our relationship with them.

Malefic and afflicted planets inside this house can be a bad news concerning the matters ruled by this house.

They can indicate health issues, accidents, bad physical condition, trouble at work, problems with coworkers, bad atmosphere at work, poor hygiene and eating habits, lack of patience, etc. Beneficial and well-aspected planets are an indication of the opposite.

The sixth house, its ruler, and the planets inside are a reminder to take care of our wellbeing.

People with Saturn in sixth house are usually very organized and disciplined. They are usually an example to other workers at their workplace. They are very reliable and make sure all their tasks are done in time.

These people don’t mind doing routine jobs, and they get better as time passes. They could be prone to overworking themselves and can be quite workaholics. They are an inspiration to others and are not afraid of hard work.

Their attitude and overly responsible approach towards their work might be irritating to some of their coworkers who don’t have such working habits as they do.

They have a practical approach to solving everyday problems. They are also very patient and don’t let difficulties discourage them.

In fact, these people are stimulated by difficult situations and problems they need to solve. They are usually helpful and love helping their coworkers in doing their tasks.

Saturn in sixth house, especially if it is afflicted, can be a sign of chronic illness and issues with health, usually in areas related to Saturn and the sign where it is placed.

Their health problems might interfere with their work, but these people have a strong will and are enduring, and usually don’t allow that prevent them from performing their best at work.

They usually don’t complain about the things bothering them, and they patiently endure their destiny and things that come their way.

These people are often drawn towards professions where they can help people, especially where hard work, organization, precision and patience are required. They are very loyal and righteous.

Saturn in sixth house could indicate lack of appreciation at work, by their superiors or/and their colleagues. They might work harder than others and achieve better results, and still don’t get paid and rewarded for their efforts.

This can often be a sign of someone who tries their best at work, but doesn’t get the promotion while observing how others who don’t work as much thrive.

They might become obsessed with proving their worth to their coworkers and their superiors but without any success. They might be perfectionists and this could cause problems at work because they might take a lot more time to finish their tasks, annoying others.

In some cases, Saturn in sixth house could be a sign of phobias and other mental disorders. These people might become overly concerned with their health, becoming hypochondriacs.

They also might become workaholics, devoting their entire life only to their work, neglecting everything and everyone else, which in turn might affect negatively on their health, both physical and mental.

These people might be overly serious and don’t allow themselves to relax, which only hurts them.

Saturn in 6th house in synastry is not a very romantic placement. It indicates a relationship based on ambition and practical matters. These two can work together to achieve their goals together. Saturn can use his organizing and planning skills to ensure the success.

These two can meet one another at work and if Saturn is well-placed this can be a relationship where they both support each other’s need to help people and serve their community.

The Saturn person might help the sixth house person to find the necessary endurance and patience to go through some difficulties at work, or resolve some problems, or deal with some health issue which has been a problem for some time.

The Saturn person might also help the 6th house person to become more organized and responsible towards their duties and perform them on time.

The sixth house person might improve their performance at work as a result of the Saturn person’s influence.

When Saturn is afflicted or is making challenging aspects with the sixth person’s planets, this could indicate that the sixth house person could be irritated by Saturn’s overly organized and responsible approach towards things.

They might be bothered by Saturn’s interference in their work and attempts to influence the way they do it.

Saturn in sixth house is often a sign of someone who is overwhelmed with work and overly organized and precise. They perform all their tasks in time and are ready to work hard to achieve their goals.

Unfortunately, their work efforts often don’t pay off; these people are often taken for granted and not appreciated enough. Others get promotions while they do their work.

There is often an element of injustice related to these people and their sincere efforts. They are often underpaid for work they do.

They could have problems with their health, usually with some chronic illness. Despite their difficulties these people usually don’t complain and they try to perform all their duties on time. They never use their condition as an excuse. They are very honest and devoted to their work.

They are very patient and good problem solvers. They don’t let difficulties discourage them.

Sometimes they have problems with coworkers who might find them overly organized and annoying. Sometimes their perfectionism stands in the way of effective and timely performance of their job tasks, which is something they should have in mind, because it might cause problems with their superiors.

When Saturn is in sixth house in synastry, this makes a contact that is not overly romantic, but rather practical. The Saturn person could encourage the sixth house person to become more organized and disciplined with their work.

Sometimes, their approach and interference might be considered annoying by the sixth house person.

This is not an easy contact, and it would be best if there are some other aspects that neutralize its effect.