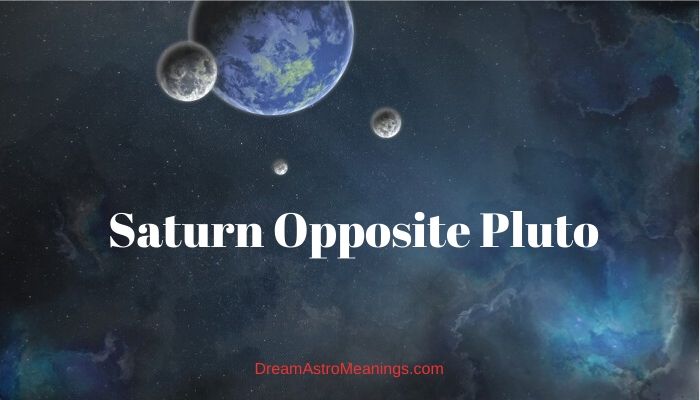 Certain scientific discoveries suggest that astrology was much older than we have first thought.

Although we usually date astrology into the era of ancient civilizations, those of Babylon, Sumer, Egypt, Persia, Greece and Rome, those discoveries suggest astrology has possibly existed in prehistoric times. While it was not systematized astrology, as we know it, it curiously reminds of it.

Mammoth bones scientists found and examined, present with markings, human made marks that resemble Moon phases. It indicates that our far, far ancestors were well aware of the Moon’s importance.

With it, all other things come along. It is certain that prehistoric humans were using sky and the stars for navigation, for example. They have gazed into the sky, perhaps with more wonder than we did; perhaps not.

Even our latest technology cannot fathom mysteries of the universe. Astrology, overthrown from its pedestal in the Age of reason offers some other explanations, regarding our relation to this vast universe we see no end to.

According to astrology, all that happens above somehow reflects in our individual lives, which is a postulate coming from hermetic tradition.

Astrology is considered a pseudo science, nowadays. The term astrology derives from Greek words, astron, which means ‘a star’ and logos, which means, ‘science, word’. We could call astrology the ‘science of the stars’ or the ‘language of the stars’, perhaps.

Be it as it may, astrology tries to give some answers no official science could. Therefore, it is an alternative path. According to astrology, our destinies have been written in the stars. Before the age of the enlightenment, astrology was praised and admired.

In fact, many of the most influential figures of authority, such as and especially such as kings and emperors or great military commanders, would consult astrologers upon some major decisions.

Royal astrologers were influential people and astrology was not so easily accessible to anyone, as it seems that it was these days. In addition, many people known by their brilliant minds and amazing inventions and discoveries, have had profound interest in astrology.

For example, some of these were the famous Johannes Kepler and Isaac Newton and many other astronomers and philosophers and scientists in general.

Astrology of Relationships and Natal Charts

Natal charts are important to talk about as they make a base for any further analyzes, such as a synastry report. Natal charts are personalized diagrams that represent the planetary distribution at the time a person was born and a reading that goes with it.

In a natal chart, the astrologer finds all the valuable information that constitute you as a person.

Natal chart reveals your qualities, your advantages and disadvantages, your weak and your strong points, tells about your temperament, character, skills, talents and many more. Natal chart represents who you are or, even better, who you might yet become.

Natal chart informs the astrologer about the individual involved with a relationship. The astrologer could focus on specific element related to romantic life, in addition to general reading.

This insight would reveal if the two in synastry share life goals, if they have similar or the same passions, how emotional, gentle, compassionate each one of them was and so many more.

Synastry report is a comparison of such individual charts. This comparison would offer an insight into contacts created between these charts.

There will be an exchange of energy between planets from both charts. Individual charts would play their role anyway and affect the whole connection. Synastry report is the best way to see how compatible you two were.

It would open to you a treasury of information you would otherwise probably miss out. Some people would ask for a synastry report for a relationship with someone whom they were attracted, but not dating, in order to see if it was worth a try.

Couples could also do a synastry, in order better to understand one another.

Whatever the reasons, synastry report gives useful and guiding information. It describes the connection, the nature of a connection and its potentials. Synastry is not a guarantee ticket or anything of the sort.

It just helps you better understand the interaction and get an insight into what could become of it in the future.

Astrological aspects are the most important part of the synastry. Aspects are distances between planets; you also have them within your natal chart, while in synastry, these are specific distances – contacts – between planets from both charts.

There could be five major aspects between your charts, those of the conjunction, the opposition, the square, the trine and the sextile.

Aspects could be divided into two groups, although this division tends to be misleading, depending on the terminology and the understanding of each of the aspects.

While some people talk about negative and positive aspects, in reality things were different.

There were challenging and flowing aspects. Those ‘bad’ ones, such as our opposition here, could sometimes be useful, as well.

Although each aspect presents with its specific energy, its manifestation would depends on other factors, such as those of the planets involved, the third party factor, individual charts and more.

The overall complexity of the chart would affect the manifestation of one particular aspect, so an isolated aspect should not be taken as a determinant.

Opposition is the most notorious of all aspects, regardless of its place; be it in a natal chart, a synastry or elsewhere. Opposition means what it says.

This aspect is challenging and it would definitely bring in some troubles.

Sometimes, these troubles could act as a stimulant and this bad aspect could actually move you towards taking action in order to resolve something and it could work well.

On the other hand, opposition brings contradictions. On an individual plan, an opposition could be so wonderfully illustrated by the famed verse from John Milton’s “Paradise Lost”, in which his splendid diabolic angel cries: “Myself am Hell!”.

Personal plan opposition often presents with such kind of an inner, unavoidable hell.

In case of synastry, it more resembles the story of two goats on a bridge. The outcome of this aspect could end up with the moral of the story; you may come up to a realization or end up in the river.

This is, at least, a challenging and a tricky aspect. We shall see how it manifests when two not particularly lovely planets were involved, Saturn and Pluto.

Nobody seems to love Saturn, the most notorious planet in astrology. Well, Saturn is a malefic, known as the ‘planet of sorrow’.

Saturn is not evil, if you think so. Saturn plays the role of that strict, restrictive and cruel tutor who believes life lessons come through pain. Saturn’s negativity is something inevitable and somewhat necessary.

This is one of the social planets and the planet of restriction, boundaries, limitations, illness, misfortune, poverty, hardship, sorrow and sadness.

Saturn teaches us life lessons the hardest way possible and it requires great level of understanding and self-consciousness to recognize and accept such lessons.

On the other hand, this planet teaches us some important things.

Having Saturn in some favorable aspects would soften its bad influence and depending on overall reading, Saturn’s’ restrictive nature could even be of use. In synastry, Saturn has to do with strictness, control, limitations.

On its negative side, this planet is associated with possessiveness, jealousy and obsessive behaviors. Pluto is also a planet of transformation and regeneration.

This planet makes you rise like phoenix from the ashes, even if you have faced some devastating failure. This planet does not let you surrender and give up. In its somber, quiet, enigmatic way, Pluto makes you move forward and have faith in your powers.

Pluto rules the sign of Scorpio. The effect of Pluto in synastry usually has to do with domination and with deep feelings.

In mythology, Pluto is the god of the underworld, the deity of the gloomy kingdom no one could ever escape. Pluto or Hades was not a particularly favorite god, for obvious reasons, put people did not think of him as an evil deity.

He was considered strict, cold, unrelenting, but just, merciful and unfaltering.

Opposition between two ‘dark’ planets does not sound so promising for a relationship, but let us see what this is about.

Saturn opposite Pluto could become a particularly tense, though a profound connection. Saturn wants organization and control, Saturn wants to keep things in a frame, very conventional, conservative and in order.

This does not fit Pluto’s unconventionality and their inborn need to project their darkest feelings and thoughts onto the relationship and the partner.

Pluto is transformative and mostly self-transformative, but this process projects onto everything else, with this planet being powerful in its own peculiar way. Sometimes you may wonder how the two of you even ended up together.

Saturn would try to control Pluto, but this is virtually impossible and it would only have a negative effect.

Saturn would often blame Pluto for lack of the sense of stability in the relationship, because Pluto questions things, getting deeper into things, opening up chapters Saturn does not see fitting their frame.

Pluto may try not to be so expressive, but it would be a disaster.

Saturn Opposite Pluto Synastry – A Lesson

Eventually, Pluto would have to let it all out, which would shock and shake Saturn. Such explosive moments cannot be controlled, which is something Saturn finds extremely distressing.

Saturn should stop trying to control Pluto; all attempt to do so is vain. Pluto may try not to provoke conservative Saturn only to test their relationship or whatsoever.

This connection is indeed challenging. There have to be other aspects that have made you fall for one another.

However, you should think through it and see if you were together for the right reasons – true feelings you have for one another.

We do not imply this relationship must be negative overall. This is an isolated aspect that should make you think about it.