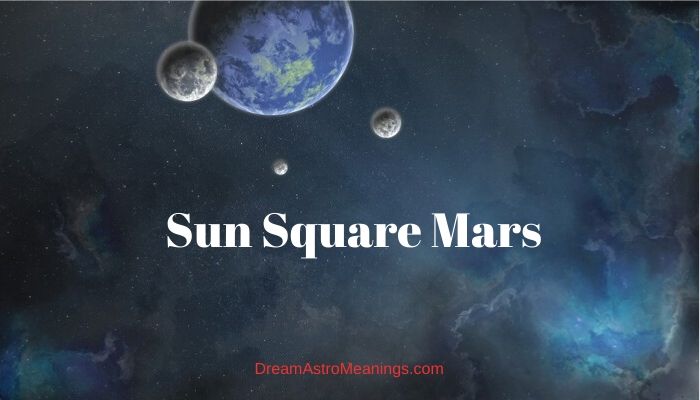 Astrology is used since ancient times to determine personality traits and possible life paths the person might choose.

By analyzing the person’s natal chart, and planetary placements in signs and houses as well as the aspects they make with other planets in the chart, an astrologer can create a detailed picture of their personality, interests, and the direction they are likely to take in life.

The events in person’s life usually happen when the planets are triggered by major transits and progressions.

Relationships between people, their quality and longevity are determined by various factors.

Astrology can help a lot in determining the possible outcome of a relationship between two people and indicate whether the relationship is likely to be harmonious or not.

When people interact with one another, their planets also interact. The aspects their planets make describe the nature of their relationship.

The technique in astrology used to analyze relationships between people is called synastry.

Also, the aspects between their planets are very important to depict the relationship itself. To conclude, synastry is an astrological technique of deciphering the compatibility between people.

Good aspects between planets create easy-going and relaxed relationships, while bad aspects tend to create toxic relationships that are draining both individuals.

The Sun is the giver of life on planet Earth and is the most important star. The Sun is a giant star, much larger than our planet. It is composed mostly of helium and hydrogen. According to most scientists, it is about 4.6 million years old.

Because of its importance, many cultures around the world worshiped it as a main deity. In astrology, it represents consciousness, willpower, life force, vitality, identity, ego, our reasoning and rationality.

When the person has a prominently placed Sun in their natal chart, they possess traits like creativity, energy, determination, will, and confidence. They know exactly where they should be in life.

These people are often self-centered, egotistical and often selfish. They are also honest and generous.

The Sun sign describes the way a person influences the world around them as well as their life purpose. Its placement in a certain sign indicates the most important personality traits.

The Sun in a person’s chart reveals the things and areas that can motivate the person. It rules determination, bravery, devotion, and decisiveness. In a negative context the Sun rules egotism, selfishness, and self-centeredness.

When analyzing the person’s Sun it is important to consider the sign, the house placement and the aspects it makes.

The planet Mars is a small planet, but is a synonym for power and fierce energy. It is called the red planet because of the red iron dioxide that covers its surface.

In some way it is similar to Earth, and many people today believe that life on Mars is possible in the future.

Some people believe that life existed sometimes in the past on this planet and that we humans are descendants of beings from Mars.

Mars is the name of Roman god of war, and it is no wonder why this planet is related to this deity. Mars’s energy is brutal and aggressive. It rules conflicts, wars, anger, violence, destruction, courage, intolerance, weapons, wounds, scars, bruises, etc. It rules passion and passionate affairs.

Mars also rules all activities where energy and courage is required. It rules sports, competitions, the military, etc.

People under the influence of this planet tend to have a violent nature and can be prone to outbursts of anger and getting into conflicts. These people have a dominant nature and are prone to impose their will onto others.

They are energetic and have powerful personality. They are usually courageous and don’t let obstacles prevent them from doing what they want. They can be aggressive and intolerant.

Many of these people don’t care if they hurt someone with their inconsiderate actions. They are loud and openly express their opinion. They can have a problem with accepting other people’s opinions because they might think that they are always right.

The house where Mars is placed in the person’s natal chart is the area where the person will likely experience conflicts and events with Mars energy.

The Sun and Mars both have masculine and passionate energy. When someone’s Sun makes an aspect with another person’s Mars, it usually creates physical attraction between these two. They feel drawn to each other.

The energy can be controlled or even aggressive, depending on the nature of the aspect.

This aspect creates a relationship with a lot of action. It is an intense and passionate relationship. When the aspect between these two planets is Square, the intensity of this relationship can be overwhelming for the partners.

The relationship might begin with a high level of passion and interest on both sides.

As the initial infatuation fades, both partners begin noticing the other side’s flaws and the incompatibility between them starts to be more visible.

This aspect in general symbolizes conflicts, disagreements, anger, arguments, and similar situations. In time, the partners begin to fight and argue over minor issues and the tension between starts growing.

This aspect is often present between people who are competing with one another. Both of them want to be winners.

The contact between these two people can be very draining. Both of them won’t admit they are wrong. With this aspect people usually annoy each other and this relationship has a difficulty of being a lasting one.

They don’t seem to have enough tolerance for each other’s behavior. They both get easily inspired to fight and argue.

A relationship with challenging aspects between the partners’ Sun and Mars are difficult to sustain. It takes a lot of self-control and desire to keep the relationship on both sides for this partnership to work out and last.

Physical attractiveness is usually strong but that isn’t enough to compensate the essential lack of compatibility between the partners.

What seemed as an ideal partnership at first, will likely end up being a great disappointment for both partners.

In many cases, the combination of Sun Square Mars between the natal charts of two people might result in a fight for dominance. It is likely that both partners want to be the leading force in the relationship which leads to conflicts and disagreements, as well as hurt ego.

Sometimes, two people connected with this aspect cannot stand to be in each other’s presence. Sometimes the intolerance is so high that leads to physical fights and violence. Misunderstandings, tension, and frustration are likely to accompany this contact.

In some cases, this aspect prevents the relationship from starting because one or both partners feel dislike for the other; this is often the relationship between two people who at first glance know that they don’t like each other and find something disturbing and annoying about the other person without understanding the true reasons why they feel that way; there is always a certain level of intense energy between them that threatens to turn into some kind of conflict. These people should better stay away from each other.

The relationship between these two people will depend on the level of personal development of both people. The Mars person might try to influence and control the Sun person but that won’t be possible because the Sun person feels the need to do the same.

Such attempts will frustrate both sides. If they don’t learn to be tolerant towards each other, they might end up fighting constantly and breaking up in the end.

If they learn how to control their urges to dominate and be the leader, and use their powerful energy for some constructive purpose that will concern both of them, their partnership might have a chance to be successful.

These two need to learn to tolerate each other’s differences and try to be supportive of each other instead of competing. Both of these people have a strong ego, and it is wise not to provoke one another.

This is a heavy aspect and creates differences between the partners that are not easy to overcome.

The Sun might ignore Mars’s attacks which result in Mars becoming more aggressive. The relationship is only possible with strong control of their urges.

These two can easily get on each other’s nerves. Fights and quarrels are possible for every detail and not just for major issues. Mars person never admits they are wrong, and the Sun person usually thinks they are the smarter one in the relationship.

Both partners fight for domination and the right for organizing their mutual life and activities.

The Sun might get offended with Mars’ rude and intolerant behavior and Mars could consider the Sun person as too dominant, egotistic, and bossy. The Square doesn’t allow these planets to express much of their good side, and it usually shows them in a distorted way.

This aspect inspires the negative traits of these planets to arise to the surface and the partner’s cannot easily control their negative urges even when they want to.

The psychical tension between these people is strong even when they are not romantically interested in one another. This aspect raises the energy between people which in case of a good aspect can turn into creativity when both people put efforts into creating something of lasting value.

With negative aspects, there can also be inspiration to create and do things together, but the constant conflicts and disagreements and unwillingness to make compromise will most likely prevent the partners from successfully finishing what they have started.

It is sad that the great potential for creation and doing something beneficial for others as well is going to be wasted because of lack of mutual agreement and tolerance.

The problem with this partnership is that both people only look at their side of their story and don’t want to listen to what the other person has to say.

This partnership needs more tolerance and acceptability to the views and desires of the other side. In many cases, this is not possible to achieve and the partnership is doomed to end.

One of the main issues both people need to overcome is putting their ego first. This aspect acts in a way that both individuals feel that the other person somehow jeopardizes their ego.

That pushes them to continually take actions, like arguing, making sarcastic comments, attacking each other, making scenes, etc. all in the purpose of defending their ego.

Because this relationship is such intense and doesn’t allow the partners to enjoy moments of peace and relaxation in each other’s company, but constantly keeps the energy level high, it is likely that this relationship won’t survive the test of time.

Only individuals who have overcome the need to prove themselves and put their ego before their other needs might have the strength to annul the effect of this negative aspect.

Others, who aren’t as awakened will likely succumb to their lower urges and allow this aspect to ruin their relationship.

If there are a lot of good aspects between the natal charts of both partners, it might be possible to neutralize the effect of this aspect and the relationship could be a lasting one.