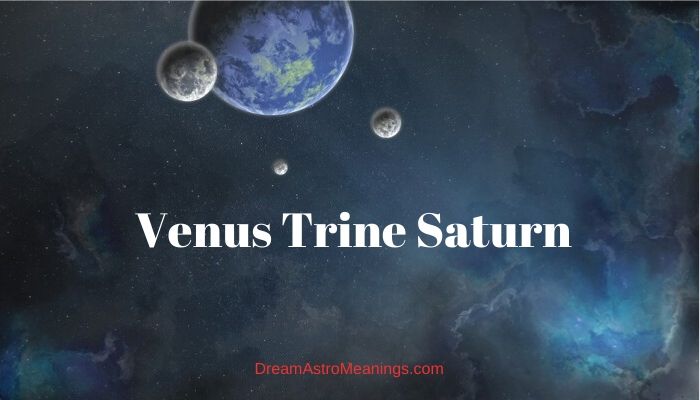 Since the beginning of humanity, people have been fascinated by the stars and their impact on life on Earth.

They observed the Sun and the Moon, and the planets, and gathered information about their influence on people and nature. They noticed how they influence personal traits of individuals and their nature and destiny.

Their collected experience and knowledge became a part of a discipline called astrology. The accuracy of astrology predictions and analysis often amazes, but despite of all that astrology is still considered a pseudoscience.

Astrology has many different techniques which can be used for analyzing. The simplest techniques analyze the planets in signs, natal chart houses and the aspects they make.

It all starts with a natal chart which represents an image of the sky in a certain moment of time.

The planets in houses of the natal chart show which areas are likely to be in the focus of interest of the individual. They also reveal the areas where there will be the most action.

Planets in signs reveal the character of a person and their basic personality traits (this is especially true for personal planets).

The aspects between planets also reveal personal traits and can indicate the events the person might experience during their life. Aspects are certain angles formed between planets with a specific meaning. They differ in nature and can be challenging or harmonious.

Challenging aspects are usually a sign of obstacles and difficulties that the person might encounter while trying to accomplish their goals. They also indicate conflicting nature or other blockages in the personality.

Challenging aspects sometimes prevent achievements or require a lot of patience and effort to accomplish some goal. They block the energy of the planets and trigger the worst in the planet’s nature to show into the person’s life.

These aspects can also inspire endurance and effort which ensure achievements.

Aspects are also divided in major and minor type. Major aspects are more important but some astrologers pay equal attention to both types. Of course, the strongest impact have the exact aspects.

The trine is a major aspect and has harmonious nature. Trine is formed when there is 120 degrees distance between planets.

This aspect is considered the luckiest by many astrologers. It gives the person many opportunities to achieve success and fulfill their desires without much effort.

Synastry is one of astrology techniques. It is used for analyzing relationships and their potential. When people are in some kind of interaction with each other, their natal chart planets also interact.

The relationship between their planets reveals the nature of their personal relationship. It sounds impossible, but it is accurate.

When analyzing relationship potential using synastry, the astrologer first analyzes the natal charts of two individuals to determine their personality traits and preferences.

After that, the astrologer compares their natal charts to determine whether they are compatible or not.

A relationship where most aspects between the natal charts of the partners are harmonious is usually a lasting union. Harmonious aspects are an indication of compatible characters and the partners getting along well.

The relationship is a satisfying experience for the both and they enjoy being together. They are always ready for compromise and tolerate their partner’s differences without trying to change them.

Such aspects have a beneficial influence on the relationship and neutralize the effect of challenging aspects between their planets.

These two are doing everything they can to prevent issues from arising and they try t resolve their problems as soon as they appear.

When the planets between two natal charts create mostly challenging aspects, this is usually an indication that the natures of two people are incompatible.

These two might also get into conflicts due to difference of opinion. They usually don’t have similar interests. Sometimes challenging aspects can be a sign of violence between the partners. The partners don’t feel the need to fight for their relationship.

Challenging aspects require a lot of patience, compromise and tolerant behavior, which usually lacks on both sides.

The partners might be overly critical towards their partner’s behavior and/or personal traits, which leads to conflicts and arguments. Usually this relationship drains the energy from the partners. It is a bothersome experience and it is often short-lived.

In some cases, the relationship might last a lifetime but both partners suffer.

When the analysis of two charts reveals no significant aspects between their planets, this usually indicates lack of compatibility and interest to form a union on both sides.

Venus is the goddess of romantic love and beauty in the ancient Roman pantheon. The planet Venus was named after this deity.

Venus is a bright planet, which can be seen on the night sky as a bright star, bigger and brighter than other stars. Venus is a planet that never distances much from the Sun.

Because of its brightness, this planet was named “the morning star” or “the evening star”.

It rules Libra and Taurus. It is exalted in Pisces. In these three signs Venus is most powerful and has the strongest influence.

People born with strong impact of Venus are very creative and often have artistic gifts. They love beauty and love to create it.

These people are often good looking and have admirable personal style. They love being in beautiful surroundings and know how to make it. Many of these people love beautiful items and clothes and often spend a lot of money on their possessions.

They love to dress well and pay a lot of attention to their appearance. They also love to live in beautiful surroundings, which is why their homes are usually beautifully decorated.

When Venus is afflicted in the natal chart, it could make the person thoughtless with spending money and jeopardizing their financial safety.

The Venus person could also be lazy, spoilt, vain, self-absorbed, with a tendency to procrastinate, selfish, prone to emotionally manipulate others, irresponsible, etc.

Venus people love to indulge themselves and love the pleasures of life. With Venus in challenging aspects they might be focused only on themselves and their needs.

Venus in harmonious aspects with other planets creates gentle people who are very concerned about other people’s feelings.

They are well-mannered and kind. Venus people love to be in a company of others, and hate being alone. They also cannot remain single for a long time.

Saturn is a planet that rules seriousness and wisdom. Only Jupiter is bigger than Saturn in our Solar system. This planet has 82 moons and a ring system made of rocky debris and ice. Saturn lacks solid ground and its composition is mostly helium and hydrogen.

Saturn was the god of agriculture in ancient Roman society. In astrology, the planet which carries its name also rules agriculture.

Saturn rules all chronic conditions, and illness. It is also the ruler of poverty and financial difficulties.

Saturn travels around the Sun for 29.5 years. When it returns to its natal position, this usually is a time in life when people evaluate their achievements and whether they are satisfied with them or not.

Saturn’s placement in the natal chart shows where we might encounter restrictions, obstacles and blocks we need to overcome.

Saturn is also the planet of major life lessons. We usually come across these lessons during major transits and progressions which trigger our natal Saturn when we experience events of Saturn nature which carry an important lesson to us.

The trine aspect between Venus and Saturn in synastry is an aspect beneficial for long-term commitments and marriages. It helps to stabilize emotions and neutralize negative aspects.

Saturn has a stabilizing effect on the relationship and will calm Venus down if necessary.

These two are devoted to each other and respect their union. They are very attached to each other, and that often creates a dependent relationship. They don’t mind being dependent on each other; in fact, they enjoy it.

Venus trine Saturn in synastry is often an indication of a long-term and stable partnership.  They are very committed to each other and very satisfied to be able to rely on their partner.

Both Saturn and Venus have a deep need to belong to their partner, and through this relationship they can satisfy this need. Saturn will take care of the structure and organization and Venus will give her contribution to their relationship by organizing fun and pleasurable activities for them.

These two are serious about their relationship and they won’t let anyone or anything jeopardize it. They don’t allow any issues remain unsolved.

Sometimes this aspect is an indication of some responsibility both partners, or just one of them will need to undertake concerning their relationship.

Many of people joined by this aspect consider their relationship a blessing and fulfillment of their desires. Safety is one of the main priorities for the both and they feel safe being in a relationship with each other.

Saturn is likely to be the provider, although Venus might be in that role also, helping her Saturn partner get back on his feet after life punched him in the face.

There can be various scenarios with this aspect, but they are all satisfying for the partners. They are connected by a very strong bond which is not easy to break.

They also won’t give in to any kind of temptations which threatens their relationship; that is one of the main reasons why this relationship will stand the test of time. They value their bond too much to jeopardize in any way.

They will both learn valuable lessons from each other and improve their personalities.

Venus will teach Saturn to be more relaxed and open to new experiences and Venus will learn to be more organized and responsible, especially in regards to important matters in life. They will also support each other in pursuing their goals and dreams.

When one person’s Venus creates a trine aspect with another person’s Saturn that creates a wonderful bond between them.

They are very satisfied being in this relationship because it gives them a feeling of safety and security. They easily become dependent on each other but they enjoy that.

This relationship is the fulfillment of their need to belong to their partner and feel protected.

Through this relationship both partners will improve their characters and learn new ways of behavior.

It is an aspect that promotes longevity of the relationship and helps neutralize possible challenging aspects between them.

This aspect is an indication of a long-term stable commitment and it is often found between horoscopes of spouses or long-term relationship partners.