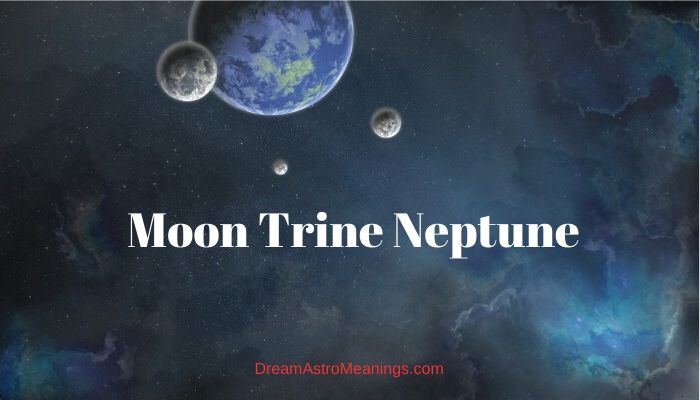 In very ancient past, in fact, before the time measured by civilized societies, humans were looking at the skies the same way as we do it today.

Well, maybe not exactly in the same way, since we have all kinds of super machines that help us see into distances prehistoric humans could not even fathom and ancient people thought of as mythical.

However, the mystery remains a mystery. Even with all of our technology, we cannot say if the universe ends anywhere or how it ends or where does it begin or where we are in all of that. This question of the grounds of human existence has been troubling us ever since. Astrology tries to offer us some answers beyond scientific explanations.

Well, astrology, in fact, means ‘a science’, that is the ‘science of the stars’. Its name derives from two Greeks words, those for ‘a star’ and the other that means ‘a science’ or, better, ‘a word’. This, ‘language of the stars’, so to say, sees our world through a different perspective. It is based upon the old tradition of ‘as above, so below’.

Astrology was once treated alongside astronomy; the two were taken as one. However, during the seventeenth century, astrology was rejected as being unreliable and non-scientific. Its status has been a subject of many debates.

Those arguing against its scientific nature would tell it was inconsistent in its answers and as lacking methodology.

This would be too harsh judgment for astrology, since we have to admit its long, long history. How could it survive all these ages, millennia, if there was nothing in it?

Well, let us leave this debate for another time. We would talk about astrology as just another way of understanding the world, which is, in fact, what astrology does represent.

Astrology is a wonderful field of exploring the universe and a human being. This ancient path teaches us that our destinies were written in the stars above our heads. Well, there were similarities between planetary distribution and many events that took place.

The same is both on a bigger and on a smaller plan. You have certainly experienced at least some moments that make you trust your horoscope.

Could astrology be trusted? Well, it depends on your point of view, exclusively. No one could tell you it was one hundred percent true. Astrology could, however, remain a rich source of information about yourself and about the world you live in.

Today, we will be talking about synastry, about astrological compatibility. We will see how astrology could help us understand relationships.

In order to understand synastry and astrological compatibility, we have to understand the meaning and the importance of natal charts. Natal astrology is a starting point to synastry.

Natal astrology is in itself an incredibly interesting branch of astrology, as it closely reads each person’s individual astrological destiny, personality and profile.

Synastry is a comparison of natal charts; in romantic compatibility, a comparison of two (potential) lovers’ charts. Therefore, we have to have an insight into natal charts. Natal charts are personalized diagrams of planetary distribution, as seen at the time an individual was born.

Since, according to astrology, universal plan is reflected in the individual, such a diagram would reflect your life.

Natal charts tell about one’s personality, temperament, character, major life events and tendencies, but the most important thing is that it tells about individual potentials. In other words, most of your life depends on you. Natal chart provides you with an insight into your potentials.

This is all-important for synastry, since in this reading, we compare two such charts, each with its own potential.

In addition, the astrologer would focus on specific elements in each chart; those regarding romantic and relationship tendencies, interest into marriage, tendencies towards long lasting relationships or short affairs, readiness to commit, passions, intimacy, emotional expression and many more. All these would enter a synastry report in its own way.

The next step would be comparison of these charts and reading and interpreting connections they make. We will talk about connections alone in the aspects paragraph.

Let us focus on synastry as a whole. What could it offer? Could it be of use? Of course it would.

Synastry would give you insights into weaknesses and advantages of you as a couple.

This report would help you understand the partner much better. It would also give you an insight into possibilities of a relationship with someone you fancy, but you are not dating at the moment.

Synastry should not be misleading, if you read it thoroughly and carefully. Even if it appears disharmonious, it does not mean a relationship would fall apart and vice versa.

Astrological aspects are contacts we were mentioning above. They are in fact angles between planets; you also have aspect in your own natal chart.

In case of a synastry, the aspects analyzed are those that planets from one chart make to those from the other chart.

These contacts have specific nature and energy, which depends on several factors. First, aspects alone have their nature.

Second, planets have their own energies, so the aspect depends also on this factor. Third, each individual’s natal chart would play an essential role into an actual manifestation of a synastry aspect.

Astrological aspects in a synastry would make a complex image that makes a relationship interesting, unique, and potentially harmonious or not.

People usually make a mistake dividing aspects into bad and good ones. Each aspect is a connection and connections are needed for relationship.

This does not mean that all contacts would be pleasing; some will be challenging and others easygoing. This is the best way to understand the nature of aspects. Let us learn about the trine.

Fortunately, here we have to deal with the loveliest of all aspects, the flowing, favorable trine.

Trines are considered the most desirable aspects in any type of a reading. Trines are flowing, as they do not oppose planetary energies and do not manifest with any tension.

If, for example malefic planets were in the trine, their malefic nature would soften.

This aspect does not require mush energy invested into it, in order to take the best out of its energy. This is a natural energetic flow. Trines inspire the best part of each planet and make them fit one another.

Astrologers would say the trine possesses nature of the greatest benefactor of horoscopes, the optimistic giant Jupiter.

That said, trines are associated with flowing energy, expansion, optimism and generally with an easygoing atmosphere. They could only bring fort the best in you.

For a couple, trines would, of course, be pleasant; they represents points of understanding, relax and harmony.

Lovely Moon has been a subject of many legends and beliefs since ever. In one Chinese story, white cats walk over rooftops at night and steal Moonbeams, so their fur becomes white.

Did they come from the Moon? Who knows! Gracious cats could definitely be associated with the mystical and alluring beautiful Moonlight and mysteries surrounding this luminary.

Moon is associated with beauty, elegance and femininity, amongst other things. In Greek mythology, the goddess of the Moon was beautiful Selene, daughter of the glorious Hyperion and her siblings were Helios and Eos, gods of the sun and the dawn.

Selene’s gentle beauty was so incredible that stars would fade away once she arrives.

This luminary planet does not have its own light, as you all know. It reflects the light of the Sun.

Astrologically speaking, the Moon represents the other side, the intuitive one, imaginative and emotional, while the Sun stands for reason and self-consciousness, our manifesting, visible self.

The Moon also represents everything that makes us feel secure, cozy and comfortable.

The Moon represents emotion and intuition; simply put, the Moon reflect our inner self. It is associated with compassion, care, nurture and kindness.

The Moon is mutable and thus flexible; it is also associated with moodiness. The Moon rules over the most emotional sign of the zodiac, Cancer, but it greatly affects other water element signs as well.

Neptune in Mythology and astrology – Planets in Synastry

Neptune, the distant blue planet is associated with the Greek god Poseidon and Roman Neptune. Neptune was god of all waters on the earth, one of a quick temper and even a violent god at times.

Neptune’s nature was considered unpredictable, as he rules the sea, causing terrible earthquakes and sea storms, but also protecting sailors and travelers across waters.

In astrology, Neptune is associated with elusiveness and its nature is that of the depths of the oceans, invisible, vast, fantastical. Neptune is the planet of illusions, fantasies, dreams, visions, spirituality et cetera.

Astrologers claim that too much of its influence could be poisonous, while Neptune in proper amounts brings healing and well being.

Neptune represents inspiration itself. Its nature could be seen close to that of the Moon or Venus, but it is different.

While the Moon is about intuition and emotions and Venus is about compassion and art, Neptune encircles all of it in inspiration. Neptune’s influence avoids direct catch; it is as a vision, as a dream.

Let us find out what kind of connection make Moon and Neptune in a trine.

Now this true deep intuitive connection does not require any explanation. The two in this connection recognize one another on a purely intuitive level.

Their connection is that of mutual inspiration, shared creative energies, intertwined delicate and fine emotions.

It is very likely that both partners are artistically inclined and passionate about art, music, poetry and so on.

Moon trine Neptune is a connection of a fateful, deep bond. You two may feel as if you were meant to meet one another and fall for one another.

Your relationship might begin as some kind of a fairytale, a love fantasy, strong, deep and fulfilling.

You hold on tone another in your romantic fantasy, enjoying each other, feeling inspired, inexplicably attracted.

This may sound as a real life fairytale, indeed. However, sometimes even trines could be a bit tricky.

True, this flowing, easy and the most creatively inspiring aspect is wonderful. There is, of course, nothing wrong in such a connection, on the contrary.

Even losing connection with reality, if you were together, could be simply relaxing and beautiful, as long as you manage to come back to earth.

That is not much of a problem, but there is something that could be somewhat odd in this relationship. No matter how close you were, you cannot always understand one another, that is, you are never certain about what the other one actually feels or thinks.

Both here have strong intuition, but it is precisely what could be confusing at times.

Sometimes it happens that couple with such a deep intuitive connection thinks there is no need for everything to be said.

Well, that is not a good idea, because it would eventually happen that some things that had to be said remain unsaid and start building up misunderstanding and distrust.