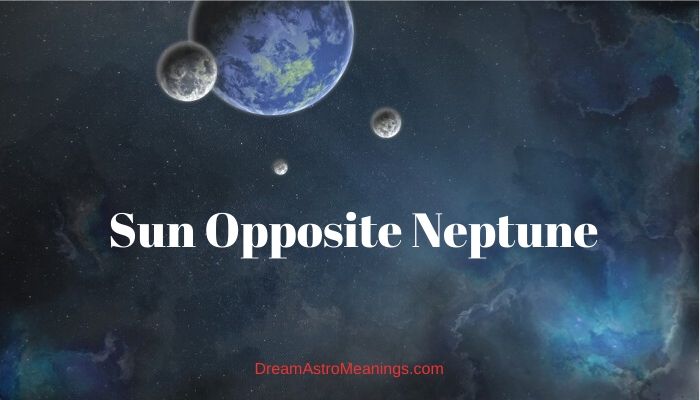 The origins of astrology are very old; according to archaeological discoveries, the first written records of astrology analysis date back to ancient Babylon.

A long time ago, people noticed how the Sun, the Moon and the planets influence life on Earth and they recorded their gained knowledge and experiences of this influence.

There are so many proofs of astrology’s accuracy. Unfortunately, even today, after so many centuries and millennia of existence, astrology isn’t appreciated enough; its value and its reach aren’t known to many people.

For most people, astrology represents a fun topic and exchange of magazine facts about zodiac signs.

Astrology can be used to analyze someone’s personality, the issues they might encounter during their lifetime, their difficulties and obstacles, easy achievements, interests, beliefs, attitude, appearance, etc.

Astrology is able to determine all of that just by analyzing the planet’s in the natal chart. This is a chart of the sky for a specific moment in time, in most cases, someone’s birth.

To discover all these information, the astrologer analyzes the planets in this natal chart, their placements in houses and signs, as well as the aspects they make.

The positions of planets in the houses of a natal chart reveal which areas of life will likely be in the focus of attention of the person, and where they will tend to focus most of their activities and intentions.

The aspects between planets also show the personal traits of a person, as well as the possible events they could encounter during their life time. They can reveal the likely choices this person will make in life. They represent certain angles between planets which have a specific meaning.

The first group of aspects usually brings good fortune into the person’s life, clearing the path for them to achieve their goals and creating opportunities to achieve them with ease.

These aspects stimulate the cooperation between the planets creating the aspect enabling them to show their energy and best nature.

The second group of aspects is considered negative. These aspects often bring blockages and obstacles which prevent the person to achieve things or they cause delays in their achievements bringing insecurity and tension.

The aspects can also be divided in a major and minor aspects group.

The minor aspects have less significance because they need to be exact to have an impact. Their orb is only 1 degree.

The major aspects have wider orb (up to 8 degrees) and have a lot more significance than the minor aspects. They are used in all analysis. These aspects are the conjunction, sextile, trines, squares and the opposition.

The opposition is a major aspect; it has a challenging nature. This aspect is formed when the planets are opposite from each other, forming a 180 degree.

This is a difficult aspect because it prevents the planetary energy to cooperate; instead it is enabling the person to only benefit from the influence of one planet, because the aspect prevents them to express their influence simultaneously.

Synastry is a technique astrology is using for analyzing relationship compatibility. It is used for comparing natal charts of two people to determine whether they are a good match and the possibility of a lasting and harmonious relationship between them.

The idea of analyzing and comparing natal charts to determine whether two people will get along well or not is strange to many people and they don’t trust it, but astrology has proven its accuracy in such readings through centuries of its existence.

When doing a synastry analysis of the charts of two people, the astrologer first analyzes their individual because he needs to understand their personalities and their preferences, especially in relationships.

After this analysis, the astrologer compares their charts and determines the aspects between their planets. Also, it determines the houses in the natal chart where partner’s planets fall.

These houses are important because they reveal the areas where the relationship and the partner will influence the life of the partner owner of the natal chart.

The aspects between two charts show the basic compatibility of the couple. If the majority of them is negative, this could be an indication that the couple isn’t compatible and don’t share many similar interests.

Such partnerships are likely to be full of tension, conflicts, anxiety, and disagreements.

The partners are reluctant to make compromises and are usually intolerant to their partner’s differences, choosing to criticize them rather than to accept them as part of their personality and adapt to them.

Such relationships are usually short-lived because the tension and the piled up issues tend to cause their breakup.

When the majority of aspects is beneficial, this is often an indication of partners with compatible natures. This is a sign of similar natures and interests.

These two appreciate their relationship and are willing to do what it takes to maintain it.

When synastry analysis finds there aren’t any significant aspects between two charts, this could be an indication that the two people lack interest for one another and there isn’t enough attraction and compatibility between them to form a partnership.

The Sun can be considered the creator of life on Earth and the most important star. That fact was known to our ancestors who worshiped the Sun as their most important deity. The Sun was a god in many ancient cultures.

In astrology, Sun is the ruler of Leo and it is exalted in Aries. In these signs the Sun feels at home.

People influenced by the Sun are energetic and have strong personalities. They possess Sun traits, and depending on the placement of the Sun they could possess more of the Sun’s good or bad traits. All of Sun people are egotistical and very proud.

Many of them suffer from superiority complex and always want to be in the center of attention.

Their vanity and behavior could be perceived as irritating by many people. They might be prone to putting themselves first and bragging about their achievements and possessions.

When the Sun is in beneficial aspects with other planets and is well-placed in the natal chart, this gives the person the best Sun traits, like strong will, confidence, determination and desire to succeed. These people are always ready to help other people and have a generous nature.

People with prominent Sun might be fond of luxury and all the goods money can provide. They are motivated to make money to be able to provide such a lifestyle for themselves and their loved ones.

With challenging aspects of the Sun these people might be prone to overspending and buying luxurious things even when the person is aware that they are jeopardizing their financial safety with such behavior.

These people are motivated by success and rise in status, and often manage to rise above the average. They also possess leadership skills and end up in managerial positions. They are determined to succeed and almost never give up.

The Sun is also the ruler of creativity and fame, and it might give the person abilities which can help them become successful and famous. Sometimes the Sun makes people arrogant.

In most cases, the house where the Sun is placed reveals the person’s main focus in life.

Neptune is a very cold planet and only Uranus is colder than Neptune. Neptune is mostly made of of rocks and ice. This planet got its name from the Roman god of the sea.

When Neptune is afflicted in the natal chart, it can be the cause of great confusion and chaos.

These people can possess many of Neptune’s negative traits. They could be prone to nervousness and different nervous disorders. Neptune’s influence is strongest with people who have it as their ruler.

These people often lack focus and can be disorganized, especially when Neptune is making challenging aspects.

Neptune ruled events usually happen during transits or progressions which trigger natal Neptune. These people are usually very intuitive and often possess psychic gifts. Many of them are interested in secrets and secretive knowledge.

This planet is generational planet and initiates major transformations in Society usually in the areas ruled by the sign where Neptune is currently going through.

The opposition aspect between Sun and Neptune in synastry is a difficult one to handle. The main reason is the difference of nature between these two people.

The Sun person has a dominant nature that wants to control everyone in their vicinity.

Neptune is usually elusive and hard to control. They might be present physically but their mind often wonders.

This can be very irritating for the Sun person who might try their best to tie this person down, only to realize that this cannot be achieved. The influence of this aspect depends a lot on the natal state of Sun and Neptune.

If either of them is afflicted, this could make this aspect even more difficult to deal with.

When Sun is afflicted, the Sun person won’t have any understanding for Neptune’s emotional and distant nature. They will try to force Neptune to follow their guidance. This won’t lead to conflicts because Neptune is not a conflicting personality.

It will simply make Neptune disappear because they cannot tolerate being treated in such a manner.

If the Sun is weak in the natal chart, and Neptune is afflicted as well, Neptune might try to involve (and will usually succeed) the Sun person in his world of confusion, addictions, and oftentimes criminal behavior and manipulations.

Neptune might try to use the Sun’s person naivety for their interests.

This contact is an indication of confusion and chaos, and it takes a lot of other supportive aspects to neutralize its effects.

The Sun opposition Neptune in synastry is a hard aspect to deal with. It causes confusion and chaos in the relationship which is often filled with disappointments.

This can be a contact filled with lies and manipulation and it should be treated with caution and best avoided if possible.