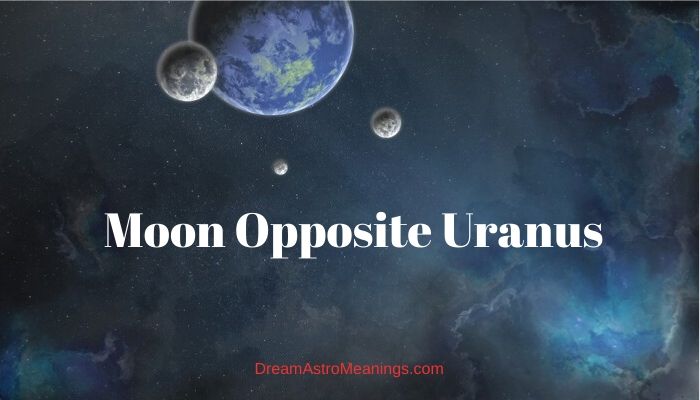 Not many people know about the true extent of astrology.  Most people know their zodiac sign and some details about it, but they are not aware that astrology can give a lot more information about people and their future.

Astrology is an ancient study of the stars’ and planets’ influence on people and the world around us. It was created from the knowledge gathered through centuries of observations of this influence.

This study is able to give us data about people’s personal traits, their ideas, believes, interests, focus, appearance, preferences, and the events they might experience in the future.

Astrology can also be used to analyze people’s interactions and give insight about the longevity and stability of their unions.

The planets in signs (mostly personal planets) reveal a lot about the character, appearance, attitude and focus of an individual. Planets in houses give insight about the focus areas in the life of the person who is being analyzed.

The aspects reveal personal traits and possible events the person might experience during their lifetime.

Aspects can be good or bad in nature, or have a beneficial or negative influence. Aspects with good nature are responsible for the opportunities for achievements and fulfillment of goals. These aspects help the person get their desires without much effort.

On the other side, challenging aspects tend to create delays and obstacles. When there is a predominance of such aspects, the person needs to put in a lot of effort and be very patient while trying to achieve something. These aspects often create conflicts and disagreements.

The aspects can also be divided in two groups of major and minor aspects.

The minor aspects have less significance than the major aspects, but can be very important when they’re exact. The major aspects are sextiles, conjunctions, oppositions, trine, and the square.

Oppositions are challenging major aspects formed when the planets are at 180° distance or opposite to each other. This aspect prevents the planets to express their energy and co-operate.

The opposition inspires the planet forming this aspect to fight for dominance, which prevents the person to use the best of both planets.

Besides analyzing individual charts, astrology can also be used to analyze relationships.

There are many ways to analyze relationship potential and the technique which does that is called synastry. The basic analysis, consist of analyzing individual cards of two people and then comparing their charts, analyzing their mutual influence.

The main idea synastry is based upon, is the idea that people who interact with each other also bring their planet in the interaction.

The astrologer first analyses the individual charts to determine the personalities and interests of the two individuals, and then compares their charts to see how well they match.

Then he determines the aspects between the planets in these charts and it determines in which houses one partner’s planets fall into the natal chart of the other partner.

These houses show the areas where the relationship will likely influence this person.

The aspects show the dynamics of the relationship. If they are predominantly challenging and negative in nature this is often a sign that the relationship lacks compatibility.

The partners are not tolerant to each other’s differences and they won’t put in the effort to adapt and maintain the relationship; instead, they allow the differences to be the reason for criticizing the other partner and creating conflicts and disagreements which in the end might lead to the relationship break up.

When the aspects between two charts are predominantly beneficial and harmonious in nature this is usually a sign of compatibility between the partners and a sign of a long and stable relationship.

They value their relationship and they appreciate their partner. These are usually lasting unions.

It should be noted that sometimes synastry analysis reveals no significant aspects between two natal charts, which is usually an indication of lack of interests between two people, but it doesn’t have to be.

The moon is a satellite and not a planet; in fact, it is the only natural Earth’s satellite. It is considered that the Moon was formed 4.5 billion years ago and that it was made from debris left after the collision of the Earth with an asteroid.

Some theorists doubt this story and believe that the Moon is an artificial creation, and that it was made by the aliens.

The Moon moves very fast while circling the Earth; it needs 27.5 days to make a full circle going through all 12 zodiac signs. It is a very bright object; in fact, it is the second brightest object on the sky after the Sun.

The Moon rules Cancer and is exalted in Taurus. It rules our emotions, our memories, inner continent, intuition, subconscious, sensitivity, etc.

People who are influenced by the Moon tend to be very sensitive and their emotions are easily hurt.

They also have a good memory and tend to hold onto their past hurts and painful memories for a long time, which blocks them from moving forward in life.

They can hold their resentments for years, which isn’t healthy and it certainly isn’t good for them.

They are usually shy and tend to stick to their close circle of acquaintances and family members. These people can be moody and changing their mood quickly. They have a caring, giving, and nurturing nature, and enjoy taking care of their loved ones. Moon people can be clingy and possessive.

They also can be very intuitive and can intuitively sense what other people think or feel. They love food and love preparing it, and they can have issues with their diet.

The Moon rules femininity and women in general. It rules our mother and reveals our relationship with her. It also reveals how well we are connected with our feminine side.

The Moon in our natal chart shows the areas where we feel best and most comfortable and it reveals our attitude towards our home.

By analyzing the Moon in our chart we can discover how much comfort we need in life.

The planet Uranus is extremely cold; in fact it is the coldest of all planets. The temperatures on Uranus can fall to – 224 degrees Celsius. This planet is composed of ice and rocks, it has a ring system and it also has 27 moons.

Uranus is the name of the Greek god ruler of the sky.

Uranus sometimes clears the path for something new to come and in some cases its effects can be disastrous.

Uranus rules divorce and breakups and it can often be the reason for endings of relationships.

People influenced by Uranus often have a revolutionary character. They don’t like authorities and they enjoy opposing social rules.

These people love surprising others and their behavior is rather unpredictable. They’re often eccentric and want to demonstrate their eccentricity through their appearance, style, behavior, etc.

They love making changes and they often inspire others to make changes in their lives too.

They love doing new things and having new experiences and are often the ones to try out new things, even at the cost of risking their lives. These people always want to do things differently and hate routine.

Uranus ruled events usually come unexpectedly and the person doesn’t have any control over them. They bring transformation, which can be good or bad, depending on the aspects Uranus is making.

Uranus is a generational planet and it triggers changes and transformations of Uranus nature in the Society.

When the Moon in one person’s chart is making an opposition to another person’s Uranus, this usually creates tension and hurt feelings between them.

The Moon person is likely to get burned by this relationship and it will take a lot for them to recover.

Like with beneficial aspects between these two planets, the opposition brings magnetic attraction between the two people. The Moon will be fascinated by Uranus wit, geniality, creativity and confidence.

The Moon person might find them incredibly attractive and might want to spend as much of their time in the presence of their Uranus partner.

The Uranus partner is a very independent person and doesn’t like to be restricted by anyone or anything and might find Moons desires and intentions suffocating.

This might make the Uranus person want to run away from this relationship, which they often do, without a warning, leaving the Moon partner speechless.

Being unpredictable as they are, the Uranus partner might suddenly chose to come back to their Moon partner, but that doesn’t guarantee that they will stay. They usually leave again, realizing that the Moon partner is overly sensitive for their taste.

This relationship might leave the Moon person a heartbroken emotional wreck.

It is important to note that the Uranus person isn’t doing any of these things to hurt the Moon person; it is just that their natures and personal needs are completely opposite and this relationship will demonstrate completely.

The Moon person cannot help but feel desperate and hurt, but it is important for them have in mind that Uranus isn’t a person for the type of commitment they prefer and desire, and try to forget about this love episode as quickly as possible.

If possible, a relationship with this aspect which doesn’t have enough supporting aspects from other planets is best avoided.

The Moon person should be the one to be aware and try not to get involved in the relationship deep before they get to know Uranus person better and discover whether they are the right match for them.

A relationship between two people whose Moon and Uranus are creating an opposition aspect is not always a good idea, especially for the Moon person.

Uranus usually won’t be able to deal with their sensitivity and they will end up with their feelings hurt, even though Uranus didn’t plan to hurt them.

Simply, the Moon person is considered as overly needy and possessive by the Uranus person and this is not something they are willing to deal with in a relationship.

If there aren’t other supporting aspects to neutralize the effect of this aspect, this relationship is best avoided.