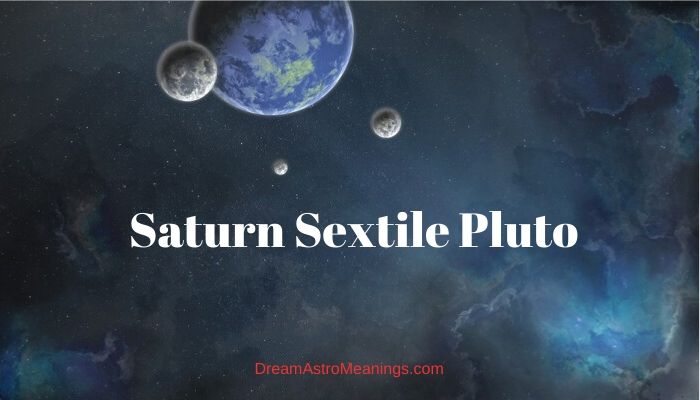 Astrology is an ancient discipline of using the positions of the planets in a certain moment in time to determine someone’s personal traits and their destiny, as well as to determine the traits and destiny of entire nations.

The origin of astrology dates back to 2,400 BC and its accuracy has been proven many times, but it is still not considered a true science, and is often referred to as pseudoscience.

The natal chart is a chart made for the moment of the person’s birth and represents fixed positions of planets in that moment of time.

The aspects between these planets are the ones which besides the signs and the houses they are placed in determine the person’s character as well as their destiny. The aspects, especially the exact ones are responsible for the major life events and experiences of the person.

The most significant aspects are the ones with the tightest orbs, or the exact ones.

Even minor aspects with exact orbs can have a crucial influence over the person’s life and their most important personality traits.

The Sextile is one of the major aspects and is considered harmonious. This aspect has similar nature to the Trine which is why it is sometimes referred to as the “lesser Trine”. This aspect is formed when the planets are at a distance of 60° (with a tolerance of +/- 5°).

Sextile is forms harmonious relationships between the planets in connected with the aspect.

It allows the planet to show their true nature and the person to completely use their potential. They have a cooperative relationship and help each other express fully in their best nature.

Sextiles are naturally created between the signs of complementary elements, like earth and water, and air and fire. This aspect forms balanced energy between the planets involved and the person can benefit from the traits of both planets.

This aspect creates talents and skills in the areas ruled by the signs and houses where the planets are placed in the natal chart. Sextile creates opportunities for discovering these talents as well as for their development and use.

Sextiles are beneficial aspects but their influence can sometimes be harmful to the person.

The reason is the fact that too much good can hurt. This aspect makes things very easy for the person and that causes lack of ambition and will to put in efforts. The person could become lazy and start missing opportunities because they know that new ones will arise soon. This causes them to waste time and their potential.

Unlike these people, people with challenging aspects that put obstacles on their path, are used to fight for what they want and they usually achieve more success than the ones with only harmonious aspects which suffocate their will for action.

Sextiles in transit often bring new opportunities into the person’s life. They can also bring people whose influence will be beneficial for the person and help them develop their talents.

Saturn is a large planet, the second-largest in our Solar System, after Jupiter, which is the largest. It has a ring system composed of ice particles, dust, and rocky debris. It is known that at least 82 moons orbit Saturn.

Titan is its largest moon, and is larger than the planet Mercury. Saturn is mostly composed of hydrogen and helium and lacks definite surface.

It takes 29.5 years for Saturn to orbit the Sun, which means that it spends around 2.5 years in every Zodiac sign.

This planet is named after the Roman god of agriculture crops, seeds, harvest, wealth, conformity and social order. It was considered a very important deity in the Roman pantheon.

Saturn rules Capricorn and is the co-ruler of Aquarius, and is exalted in Libra.

Saturn rules the person’s sense of responsibility towards their duties. It symbolizes stamina and endurance, and determination to accomplish some goals.

Saturn’s return to its natal position in around 29.5 years marks a period of evaluation of achievements and the person’s satisfaction with where they are in life at that moment.

Important transits of Saturn to natal planets or transits of other planets to natal Saturn mark periods of events which cause the person to learn major life lessons.

Pluto is not a planet anymore, because it is determined that this astronomical body doesn’t meet all the requirements for a planet. It is now considered a dwarf planet. When it was first discovered in 1930.

Pluto was the last planet and the smallest of all. Since 2006, when Pluto lost its planetary status, Mercury carries the title of the smallest planet.

In astrology, Pluto still has an important role. This planet is the symbol of regeneration, transformation, rebirth and death.

Transits of planets to natal Pluto and Pluto’s transits to natal planets often initiate Pluto ruled events which have a very transformative nature and change the person’s life completely.

Pluto’s influence is strongest on individuals who have Pluto as their ruling planet, or prominently placed Pluto in the natal chart.

Pluto has a violent, destructive and aggressive energy. Its influence can create characters with similar traits or can cause events with such nature.

Pluto rules intuitive insights, our soul, and our soul’s desires. People ruled by Pluto are deeply emotional, but they usually hide their emotions.

They are also very intuitive, and they receive the answers to their questions and dilemmas from their inner being. It is not easy to lie to these people because they have a gift to spot a liar immediately.

They are able to see through people’s motives and read their thoughts. They intuitively know the truth about people and matters. Keeping a secret from these people is almost impossible because the truth finds its way to them.

The house where Pluto is placed in the natal chart, as well as the sign it is placed in, demonstrates the areas where the person might come across some powerful forces that might completely change their life, with either creating or destroying something.

The planet Pluto in astrology rules significant life changes. This planet often causes the destruction of things in the person’s life, to create space for new and better things to come.

Pluto cleans the path for improvements but the way it is doing it can often be unpleasant. It removes the old so that the new could come.

Pluto is often related to issues such as manipulation, control, dominance, etc. The person ruled by Pluto can possess such traits and behave in this manner. In other cases, the person could be prone to being manipulated, dominated, or controlled by others.

Pluto’s influence is often helping the person realize that they need to make some changes in their behavior. It can either refer to getting rid of the need to dominate and control others or freeing oneself from the manipulative and controlling influence of others.

Pluto often points out the areas where we should remove something from our life. That is something that doesn’t serve our purpose anymore or is detrimental for our life.

Pluto is a generational planet that influences the changes in society in the areas ruled by the sign where Pluto is currently placed. Pluto influences people to focus on making a collective change in the society.

An aspect between Saturn and Pluto will cause the need for the person to establish their authority, or to have some important authoritative role in society.

When this person realizes their potential they begin taking action to make the most of it.

Aspects between Saturn and Pluto, the sextile especially, cause the need of the person to prove themselves through their role in society or their career.

This aspect often indicates some kind of conflicts and adaptations in the relationship with parents. The person might have had problems with discipline and following the rules in the parental home.

One of the major lessons that the person with Saturn Sextile Pluto aspect needs to learn is to accept and adapt to the authority of other people. This person learns how to accept responsibility for their actions during their lifetime.

They need to learn to adapt to the circumstances and requirements of society norms if they want to accomplish their desires. If they don’t do that, disappointments are inevitable.

The person learns that success is a gradual process and it takes time and preparation. They learn to be patient and responsible and accept that it takes work and effort to achieve success.

They also learn to accept others leading them with ease. The main thing is to accept authority other than theirs.

This aspect gives the person endurance and determination which enables the person to create something of lasting value. They are able to focus on a goal and complete it without hesitation. These people are not afraid of hard work and they don’t stop until the job is done.

People with Saturn Sextile Pluto are very organized and have as systematic approach to things and life in general. They have a strict set of rules and regimes they tend to follow so they feel that everything is in perfect order and they have control over matters in their life.

These people are strong and have powerful energy. They are enduring and have a lot of stamina. They are also very courageous and are not afraid to confront challenges that arise before them.

They are also supportive of others and people often turn to them for support and encouragement. This person is focused on success and they rarely complain.

People with this aspect of the come to positions of authority and leadership roles, and in most cases become very successful.

This aspect is often found in the natal charts of people who work in the government administration, or in large corporations and usually climb to leadership roles.

Transiting Sextiles between Pluto and Saturn bring events of Saturn or Pluto nature in the person’s life.

Issues with authority and leadership and their accepting are often the subject during this period.

This period can also be marked with successful finishing some project or accomplishing some goal after putting it a lot of patience ad effort.