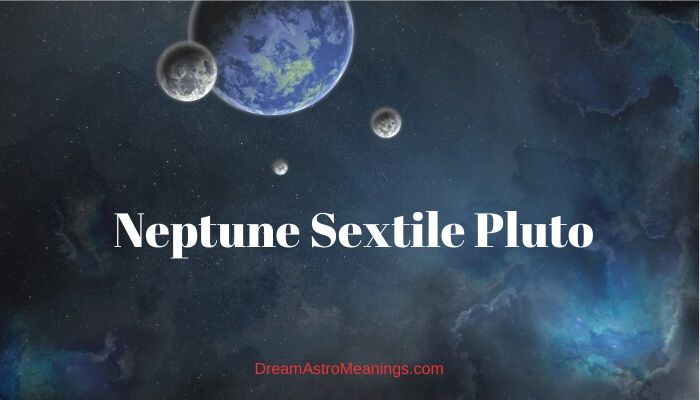 Astrology is an ancient practice which uses planetary placements in the natal chart as well as the relationships between the planets and points in the chart to determine the traits of a person as well as their destiny.

It also uses the planetary positions and their relationships to predict future events, and it does that with great accuracy.

Even though its power has been proven throughout centuries, astrology still hasn’t been recognized as a science.

The aspects can have a harmonious and disharmonious nature, and can be major and minor aspects.

Together, they form the picture of a personality and their major life experiences. The aspects have a great influence on the person’s life and they shouldn’t be neglected, especially the ones with exact orbs.

The main or major aspects are the Conjunction, Triangle, Square, Opposition, and Sextile. There are also minor aspects, like the Semi-Sextile, Semi-Square, Septile, the Quincunx, and others.

The most important are the aspects with tight orbs, and when the aspects are exact even minor aspects can have a crucial role on the person’s destiny and nature.

The Sextile is a beneficial aspect and is similar to the Trine. Because of that it is sometimes called “the lesser Trine”. Sextile is an aspect formed when two planets are at a distance of 60° (+/- 5°).

In the Zodiac, Sextile aspects are naturally formed between signs of complementary elements, such as air and fire and water and earth element.

The Sextile aspect also creates opportunities for the person to develop their talents as well as to express them.

The Sextile aspect is beneficial but sometimes its influence can be more harming than good.

For example, a person with a lot of Sextiles in their natal chart won’t be motivated to take action to accomplish their dreams and goals, because they have many opportunities they can choose from. That causes their laziness and tendency for postponing action, which in turn causes them to waste time and not fulfill their true potential.

Sextiles often make the person lose their ambition because everything comes easily to them, while challenging aspects which create obstacles and the need to fight for opportunities make people more successful and ambitious to pursue their desire and get what they want.

Sextile aspects formed by transiting or progressed planets often create new opportunities and introduce new people into the person’s life that could transform their life or help them develop their talents.

Neptune is a heavy planet, and composed mostly of helium and hydrogen. The interior of Neptune is mostly ice and rocks. This is a very cold planet, just like Uranus (temperature reaching -218°C).

The name Neptune is the name of the Roman god of water and sea (in ancient Greece that was the god Poseidon).

In astrology, Neptune is the ruler of illusions, confusion, deceptions, lies, etc.

Neptune also rules addictions and addictive behavior. It is the ruler of water and all things related to water.

Neptune blurs things. It often causes uncertainty and deception. People influenced by this planet can be prone to manipulating and deceiving others, as well as lying. They are skilled at telling lies and distorting the truth.

Also, some people under the influence of Neptune can be very naïve and others can easily manipulate them.

Neptune rules spirituality and religion, and people influenced by Neptune are often religious and spiritual. Many of them possess some psychic powers and are interested in secret knowledge. They often practice it and use their powers to help other people.

This planet is a generational planet. That means that it influences generations of people born during its transit through the same sign. Neptune inspires global changes and transformation in the areas ruled by the sign it is transiting through.

The areas Neptune often influences are spirituality and religion. It might inspire religious transformation and change of religious beliefs globally.

Not all people sense the influence of Neptune. The ones that do, have a prominent Neptune influence in their chart, such as Sun or Ascendant in Pisces, Neptune in an angular house, or in exact aspects with personal planets.

People with badly aspected Neptune can be prone to deceptions and retreating in their own world, hiding from their problems.

Neptune is prominently placed in natal charts of artists and very creative people. Neptune people are also very intuitive and emotional. They are sensitive to other people’s feelings and can intuitively sense what they feel and think.

Pluto was thought to be the smallest planet when it was discovered in 1930. Pluto stopped being considered a planet in 2006, because it lacks the traits of a real planet and gained a status of a dwarf planet.

In astrology, Pluto has an important influence. It is the symbol of transformation, regeneration, death and rebirth. Pluto ruled events are often triggered by transits of Pluto to natal planets or planets transiting natal Pluto.

These events usually have a transformative nature and change the person forever. The influence is the strongest on people who are ruled by this planet or have a prominently placed Pluto in their natal chart.

The energy of Pluto is aggressive, violent and destructive. This planet in astrology symbolizes people with such traits or events of such nature.

Pluto rules our soul and our soul’s desires. Pluto people are very intuitive and are able to get the answers to their questions from within. They are always in pursuit of the truth and uncovering secrets. Pluto is also the ruler of secrets and hidden matters.

People who are influenced by Pluto easily discover the hidden motives of other people. No one can lie to them because they quickly sense a liar.

They have a developed gut feeling and instinctively know things about people and situations. It is not easy to keep a secret from them because truth somehow comes to them even when they are not looking.

Pluto’s position in the natal chart indicates the area where the person might confront some powerful forces that can either create or destroy something in their life.

This can refer to the person using their abilities to create or ruin their life. The destruction or creation can also be caused by forces beyond the person’s control.

Pluto is the ruler of major life changes. It might influence the destruction of something in the person’s life so better things can come. It clears the path by removing the old. Pluto ruled events and the transformations they are causing might be difficult to go through for many people.

This planet is often related to matters like dominance, manipulation or control. The person can either be prone to domineering, manipulating, or controlling others, or others might treat them in such a manner.

The transformation in this case might refer to changing the behavior and stop being manipulative and controlling, or freeing yourself from the controlling and manipulative influence of others.

Pluto often shows us the areas where we need to intervene and remove something from our lives that doesn’t serve us or is detrimental for us in some way.

Pluto is also a generational planet, which influences transformations and changes in society related to the areas ruled by the sign where Pluto is currently transiting. It gathers people born with Pluto in the same signs focused on making some collective changes.

Neptune Sextile Pluto people are learning to use their power to manifest all their desires into reality. They need to learn to trust their power and abilities and believe that all is possible if they put their mind as well as their efforts into.

These people believe in the power of positive thinking and visualization to make their dreams a reality.

The aspect influences generations of people and the global rise of consciousness and awareness of the ability of the person’s will and imagination to create their reality.

It is hard to specify its influence on the individual level, and for that this aspect needs to be a part of some aspect figure or a complex aspect, like the Yod, for example.

This aspect gives a desire to transform the ways things are done as well as old beliefs and ideas. People influenced by this aspect usually have a pioneering spirit and they fight for introducing some major changes into society.

This type of person fights for the freedom of speech and the ones who are different than the majority. This fight can also be for religious freedom.

The person is not afraid to speak their mind and be open about various matters which most people find uncomfortable.

Under the influence of this aspect many things which were previously considered unacceptable and unimaginable became a part of everyday life and accepted as a common thing.  This aspect influences the transformation of humanity in general and old beliefs and ways of doing things.

A person with this aspect is usually highly spiritual and works on developing their spirituality. Neptune and Pluto will be in the Sextile formation for a period of a century.

This period is marked by growth in spiritual awareness and people realizing that the mind and our thoughts are a powerful tool in creating the life we desire.

During the past 80 years we have witnessed the rise in different teachings which all have the same base, the idea that our thoughts and beliefs create our reality, and that we are the ones responsible for everything that happens in our life, be it good or bad.

The idea is widely accepted in recent years by people of all age. This truth that was hidden for centuries from ordinary people became available to the masses, and the number of awakened souls who realizes how much they are in control over their lives rises daily.

The realization of the amount of power people have can be overwhelming and still hard to control for some people.

The ones who have discovered the process of manifesting their ideas and desires into reality using only the power of their mind use this found knowledge to teach others how to use this enormous power to change their life and become real creators of their destiny instead of allowing their fears and other low energy feelings create it.

The transit of Neptune Sextile Pluto has a similar influence and effect like the natal aspect.

These transits have influence only on people who are very sensitive and also have important Neptune-Pluto influence in their natal chart.