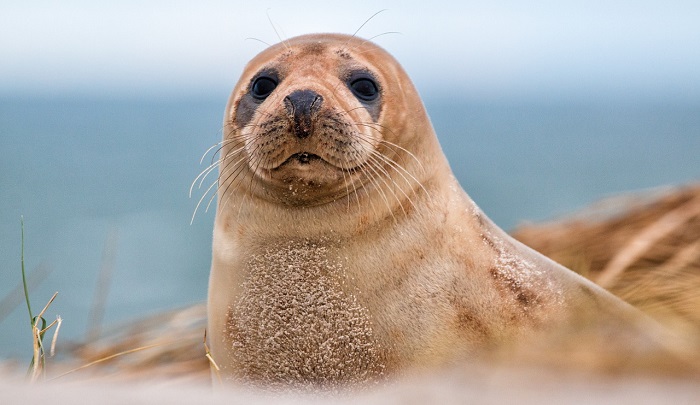 Seals are marine mammals, spread all around the world, from Arctic to the Antarctic, but also in the tropical areas.

They live mostly in cold water environments, and their bodies are designed for such conditions. They have a layer of blubber and fur which protects them from the cold. It is estimated that some seal species have 25% of their weight in blubber.

They have eyes able to see above and below the water surface. Their whiskers are used to detect the fish, and they have great smell as well, which helps them discover predators in time.

Seals have a good hearing, and they hear well above water as well below waters. These animals have special sounds to communicate to each other.

Seals sleep under water. They are very good swimmers and excellent divers. Some of them can reach depths of 1,000 feet and stay there more than one hour due to their special abilities.

Namely, they can hold their breath for a long time which enables them to stay a long time underwater. They can store the oxygen in their lungs, blood and muscles so they use it underwater.

When seals are on shore, they don’t appear as graceful as in water. They have strange movements rolling and bouncing their bodies.

Seals are social animals, living in large colonies. They spend most of their time in close contact with other seal individuals, but they don’t form close relationships with each other.

They are considered promiscuous and unfaithful. The males get into fights to win over the females to get the right to mate. They don’t have a role in raising their young. Mothers have one young every year and take care of it alone.

The young become independent after weaning. It learns alone to swim and hunt and that is something they do instinctively. Seals usually hunt alone. They don’t hesitate to hunt deep to catch their food, such as squids, fish and crustaceans.

What does the Seal Symbolize? 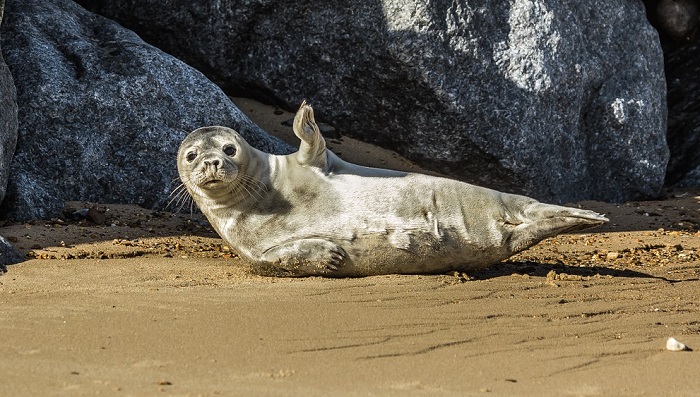 The Meaning of Seal as a Spirit Animal

The seal totem can have different meanings. Listed below are some of them:

Playfulness. Seals swimming in the water appear as playful animals. As a totem animal they remind you how important it is to be playful and consider life as one big and interesting game. The seal is a reminder to enjoy life more and devote more time to yourself and your pleasures.

Try to organize your life in way that you can enjoy and relax more and appreciate the simple pleasures life offers.

With this animal being your totem, you could be a playful and relaxed person already.

If that is the case, you should try to look at the brighter side of things, always expecting the best to happen, and spreading your enthusiasm onto others who enjoy spending their time in your company.

Imagination and Creativity. The seal spirit animal gives you the gift of creativity and vivid imagination. You are multitalented and often use them to your satisfaction and the satisfaction of the people around you. The seal spirit animal is teaching you of the importance to use these gifts to create something which could also bring you some financial rewards instead of just happiness and contentment.

The seal is asking you to use your talents and not waste them. Ask the seal to help you in discovering the best ways to put your talents in use.

If the seal is your totem, you may be a person who has a natural sense of balance and able to balance your emotions and thoughts.

You are rationale and don’t allow your feelings get in the way of your actions.

Faith. The seal spirit animal symbolizes faith as well. If the seal is your totem, this animal teaches you of the need to trust your abilities and strength. You need to trust in your choices and decisions and don’t allow other people’s opinions discourage your actions. Listen to them, and take what you think is right, but don’t listen blindly to what others say.

Give it a critical thought and accept it only if you think and feel that is in your best interest.

Cycles. The lives of the seals are governed by cycles. Seals as totem animals remind us that everything happens in the right timing, and there is nothing to worry about. All nature functions by that principle and we as people only block the natural unfolding of things by being afraid or wanting something too much.

The seal totem animal teaches you to leave cycles in life to unfold naturally without pressuring anything. Relax and expect the best to happen.

Mood swings. The seal spirit animal also symbolizes mood swings. With this animal being your totem, you could be apt to mood swings without much obvious reason. You might be happy at one moment and sad in the other. The feeling might range from anger to depression to extreme joy.

The seal totem is asking you to balance your emotional being. Only then you can be able to fully relax.

Strength. The seal spirit animal is giving you the gifts strength and ability to deal with obstacles. You need to trust your abilities to confront whatever comes your way and be victorious at the end. Believe that you can achieve your desires and goals.

Promiscuity and fidelity. The seals are known as promiscuous animals that frequently change their partners. If you have the seal as your totem animal you might share the same traits. If that is the case, the seal might be encouraging you to change and begin valuing more the benefits of a committed relationship with one partner.

This totem might appear when you are experiencing fidelity issues as a reminder to respect and appreciate your partner more.

Adaptability. Seals are adaptable animals. They live in tropical as well as in extremely cold climates and they are well adapted to survive. The seal totem is teaching you of the importance of being adaptable to changes and changing circumstances. The seal wants you to trust in your abilities to survive anything you come across.

Flexibility. Seals have very flexible bodies. The seal totem animal is giving you the gift of flexibility to different circumstances and people. You need to be flexible for your own good. Nothing good comes from rigid and unbending attitude. With the seal as your spirit animal you are very likely flexible as well.

Independence. Seals are very independent animals since very young age. Their fathers don’t participate in their raising and their mothers are not very much involved in the process of gaining necessary experience to be able to survive the harsh conditions of the nature. They are left on their own to learn how to swim and hunt. If you have the seal as your totem, you probably share the same experiences as your totem.

You probably were forced to take care of yourself from a young age and became independent early in life.

Sometimes this totem animal is appearing in your life to remind you that it’s time to gain your independence.

Seal as Your Totem Animal

If you have a seal as a totem, you are probably a flexible and adaptable person. You are also very independent and accept changes as a part of everyday living.

You don’t waste time sobbing about the past, but instead focus on the present and the future you desire.

You are most likely very creative and have a vivid imagination. Although you can be considered dreamy and unstable, you are a very organized and balanced.

You simply let things unfold instead of forcing them. You are relaxed and enjoy life and its pleasures.

What if a Seal Appears in Your Life?

The seal appears in your life to make you face some current issues you have.

Maybe it is a reminder to deal with your relationship or to begin respecting your partner more. Maybe you have fidelity issues and it warns you that you could end up losing your partner if you don’t change something.

Sometimes the seal appears to announce some change happening soon in your life and ask you to have faith in your ability to adapt to these changes and accept them.

The seal wants you to trust your ability to overcome difficulties you encounter.

The seal could appear when you are struggling to maintain balance between your emotions and thoughts. Maybe you have some repressed thoughts or feelings which are putting a pressure on you.

When to call on Seal?

Call on seal totem when:

Dreams about Seal – Interpretation and Meaning

A seal in your dream could indicate some changes coming into your life and the need to accept them with a flexible approach.

The seal could also be a reminder to let go of something or someone which isn’t serving your highest good anymore.

It could remind you to let go of some fears or to begin relaxing and enjoying life more.

The seal could also be a sign of infidelity, yours or your partner’s.