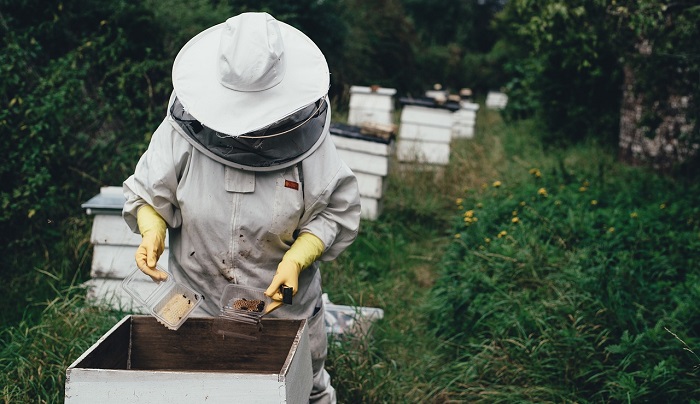 Bees are relatives of ants and wasps, with a significant role in nature and the human society.

They pollinate flowers and produce honey and other products with great health benefits.

People have kept bees throughout human history, possibly from the times of the Ancient Greeks and Egyptians.

They have important symbolism in the mythology and folklore of many cultures around the world.

Bees are known for their hard work for the good of their community. They are often related to the symbolism of the goddess Venus, as well as also symbols of the Divine Feminine energy.

Bees symbolize wisdom and the gain of wisdom through efforts and work put into that process.

They are a sign of abundance, and prosperity. They symbolize team work, organization, hierarchy, respect, obedience, loyalty. They are symbols of efforts and hard work put in for the sake of the community.

Bees can cause us painful stings. They have poison glands which contain chemicals causing the pain and the reaction to the sting. Many people have allergic reactions to these chemicals, which can cause serious damage to the body and even cause death.

These stings are different from the stings caused by other insects because of the content of the bee’s poison. Although the sting is painful, it usually doesn’t leave any consequences. 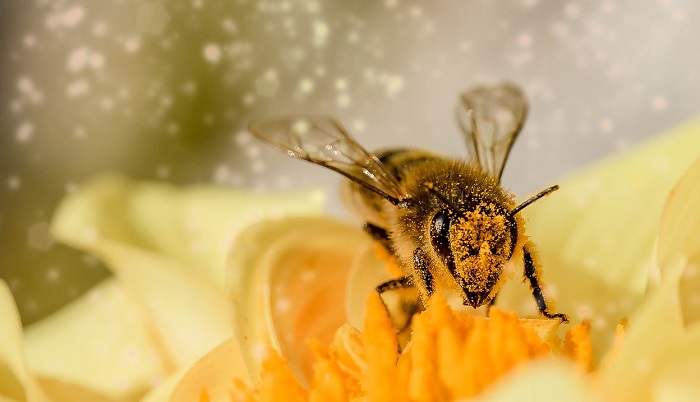 Bees are not aggressive insects unless somehow provoked. They can instinctively react to the provocations by stinging us.

There are various situations when we can unintentionally provoke a bee, such as when we accidentally step on one, or when we make rash moves and wave our hands around them, etc. Bees also get aggressive and defensive when their hive is somehow threatened.

There is a wide spread belief that all bees die minutes after stinging someone because their sting is attached to the body and tears their body when the sting is injected in the victim’s body.

That is true in some occasions, but in fact, that happens only when the victim has a very thick skin. Usually bees are able to sting more than once. The honey bees are the only ones that die after stinging a person.

When a honey bee stings someone, it can’t pull out the stinger. It leaves the stinger with a part of its body in the victim’s body and that causes the bee to die. These bees pay a big price for their stinging action, we must agree.

After stinging, the bee releases pheromones which can attract other bees in the surroundings and cause defensive behavior and aggression in them as well, so they also begin attacking the victim.

Only the females have a stinger. The queen bee also has a sting which she uses to fight of rival queens.

You should remove the stinger as quick as possible because the longer it stays in the skin the more venom enters the body. The pain usually lasts for several hours. In many cases, an allergic reaction is developed after several stings without reactions.

A person who is very allergic to bee stings can suffer from anaphylactic shock. The reaction is caused by some proteins which exist in the bee’s venom.

For people who are allergic to a bee sting, the bite from this insect could be a very unpleasant and dangerous experience.

Sometimes these misfortunate events cause the death of the stung individual.  For those people a bee sting is certainly a situation of bad luck.

Bee sting in a dream

Getting stung by a bee in a dream is often a bad sign. It usually indicates harsh words spoken by you or someone else. Maybe someone insulted or hurt you with their harsh comments.

If you dreamed of someone else being stung by a bee, that dream could indicate you accidentally or purposefully hurting someone with your remarks.

This dream often indicates some minor favors you will receive from someone. It might also indicate a small amount of cash you could get from someone for some past efforts.

They could also indicate some minor profit and gain from an investment.

This dream can also symbolize being immune to attacks of jealous people and people who want to harm you in some way. You will defend yourself against their attacks.

This dream often symbolizes sexual encounters you are about to experience soon.

For women, this dream could indicate getting pregnant soon and having a baby.

If the bee stung your leg, that dream is a good sign, symbolizing some fortunate events which have improved your life for the better and increased your property and finances.

Conclusion – Is getting stung by a bee a sign of bad or good luck?

If we consider all these facts, we can conclude that a bee sting can both be a sign of good and bad luck.

For the ones, who are allergic to their bites, a bee sting can be a severe experience with deadly consequences.

Bee stings can also be a symbol of good fortune, success, prosperity, expansion and overall good things coming our way.

They can announce a period of harmony and peace in our lives. They can indicate team work where we get along perfectly with our coworkers.

They could be a sign of family expansion and the birth of a child. They can sometimes be a sign of becoming a part of some group where a strict hierarchy needs to be respected.

Bee stings can also be a sign of some upcoming pleasant moments in your relationship. You could be enjoying your intimate moments with your partner.

They can also symbolize the need to show more appreciation and loyalty to the ones in your life who deserve such attitude from you. They can also be a reminder to do some community work you are supposed to. They remind us to respect and value our community.

All in all, a bee sting is an unpleasant experience, but the overall symbolism of such an event is positive.

We might conclude that in most cases bee stings are a sign of good fortune and happiness.