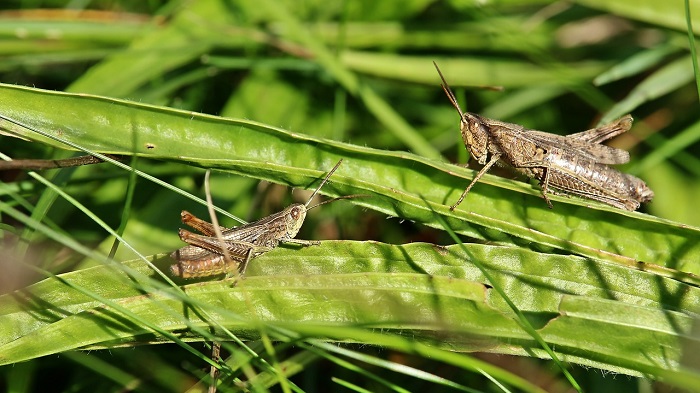 Our world is full of amazing, incredible and almost unimaginable creatures. Both flora and fauna of our earth have been keeping on surprising and astonishing us since the first day of humankind life on this planet.

There are millions of wonderful species all around; some of them are rare and precious, difficult to reach or see, while others are nearby, sometimes overlooked or taken for granted.

However, all living life on our planet deserves admiration, respect and our love. Even the scariest or the ugliest (at least, in our perception) creatures and plants and others deserve our respect, if not our love. We are all connected in the great, everlasting circle of life.

Although many of living things on our planet seem unnecessary to us, all of living life has its purpose. We could even dare to say, spiritual purpose, not only physical. Many of ancient and old traditions and cultures have always known that.

Particularly, Eastern traditions seem to have been capable to maintain their connection with nature and the Earth as it is.

Far Eastern traditions still keep good connection with the world of nature; Chinese culture is always a good example, but it is not the only one, of course. We mention the Chinese, because they have particularly good opinion on grasshoppers, which are the subject of our today’s spiritual journey.

Today we will talk more about grasshopper symbolism and try to figure out are these fantastic insects lucky or not. The common belief is that they are and it is widespread around the world.

There are societies that dislike grasshoppers, because these insects could make serious damage to people’s crops; we all know that.

How it happened that such a pest is considered lucky?

Let us discover more on cultural significance of grasshoppers, their symbolism and meaning.

All of that will help us determine whether we should think of them as our lucky charms or not! 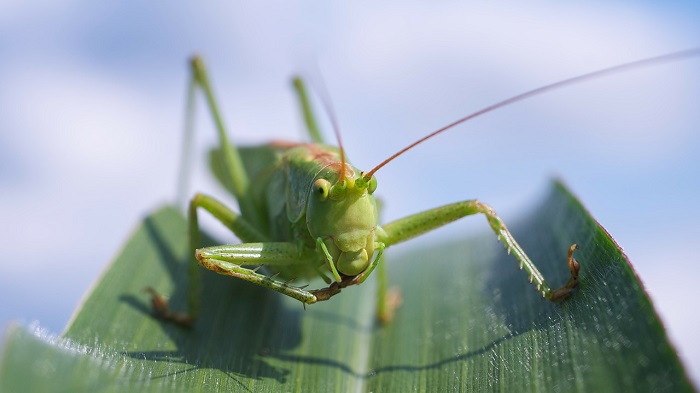 Opinions on grasshoppers, in symbolical and spiritual sense are divided.

The thing is, agricultural societies are, in general, not particularly in favor with grasshoppers, since these insects are threatening to people’s crops.

It is therefore interesting to note that grasshoppers are considered good and lucky in Asian traditions, particularly in China and Japan.

For Native Americans from the north of the continent, grasshoppers are not particularly a good omen, because they really can make serious wipe outs of farmers’ lands.

In particular, northern Native Americans, whose life depends on agriculture, do not consider grasshoppers lucky spirits; they associate these insects mostly with negative concepts.

However, others think of grasshoppers as magical and positive. It all depends on particular cultural heritage and traditional background. There are various legends and stories featuring grasshoppers, from all around the world.

For northern Native American tribes, grasshoppers represent carelessness, recklessness, greed, misfortune and else. It is a common belief amongst local tribes that grasshoppers are bad omen and unfortunate sign.

There is an interesting legend about the Grasshopper and tobacco, by Abenaki tribe. According to their story, Grasshopper was the one first to grow precious tobacco, but he would not share it with anyone else, even if it was the creator’s plan.

Grasshopper was a powerful magician and he had a magical canoe; he killed everyone who tried to steal the tobacco he claimed as his own. However, Gluskabe (Abenaki legendary hero) managed to steal it and to revive those killed by Grasshopper.

In addition, Gluskabe was the one who made Grasshopper small, by rubbing him between his hands.

He also filled Grasshopper’s mouth with some tobacco, to enjoy it for his lifetime, since he was the first one to grow it.

However, he took Grasshopper’s magical canoe and gave him wings, so that once powerful Grasshoppers may fly free, but not be able to scare others. Since that day, tobacco is freely shared amongst Gluskabe descendants.

While agricultural tribes are definitely not fond of grasshoppers, those who generally rely on hunt and gathering do not see these insects unfortunate and bad luck bringing. They usually consider grasshoppers useful; it is believed that these insects can tell people if it is about to rain or so.

Some tribes believe grasshoppers can even affect the weather itself. Mexican tribes seem to like grasshoppers too much; they eat them.

The custom of eating delicacies, such as roasted grasshoppers and other insects, is still living in some tribes of Central America.

Molting phases of grasshoppers are associated with waxing and waning of the moon, in Japanese tradition.

They also love grasshopper’s sounds. Long horned grasshopper has been loved by Japanese and his music was believed to be absorbed by the Moon. Chinese have always loved grasshoppers and thought of them as lucky spirit animals.

In Chinese tradition, grasshoppers are powerful symbol. They represent only positive aspects and attributes.

In parts of China, grasshoppers are strongly associated with childbirth and fertility.

It is believed that seeing a grasshopper is a good omen for having a son. You have possibly heard or read somewhere that grasshoppers are held as pets in some parts of Asia.

In China, grasshoppers are commonly taken as pets, believed to bring wealth and fortune to people’s homes.

For Ancient Greeks, grasshoppers were particularly a positive symbol. They were symbols of wealth, nobility, status and richness. Golden brooches and hair decorations were common amongst noble blood Athenians.

Not only these insects were believed to be royal and noble, but they also symbolized immortality and divine powers. A Greek legend tells about the goddess Eos turning Tithonus into a grasshopper.

Tithonus was a beautiful Trojan prince, a rhapsode and a lover of Eos, the goddess of dawn.

According to the legend, Tithonus was granted immortality, so that he could remain with his beautiful divine Eos forever.

However, Tithonus was not granted eternal youth; as he grew hideously old, Eos turned him to a grasshopper.

Now as we went through some interesting grasshopper stories, beliefs ad legends, what can we tell about grasshoppers as omens of luck and fortune? Well, it definitely depends on a cultural background and tradition.

In general, grasshoppers are more seen lucky and fortunate than negative omens.

Not only grasshoppers represent luck and fortune, but also they are associated with creativity, virtue, intuition, insightfulness.

As a totem animal, a grasshopper is definitely one of the most favorite insect totems.

Particularly, it is believed that this totem insect is a precious spiritual guide for all those that create; for artists, dancers and musicians in the first place.

Grasshoppers are strongly connected with the energy of the earth, the ground. Therefore, they are seen powerful symbols of tranquility, steadiness, roots, peace and security. It makes them truly a lucky symbol.

Grasshoppers are associated with summer, with music, with rebirth and revival. These insects are commonly spiritually associated with vitality, longevity, good health and strength.

It also makes them lucky omens. They also represent happiness and joy and good times.

For example, if you see a grasshopper on a sunny day, it means you will hear good news or experience something positive. It is an omen of good days ahead, pleasant times, joys and pleasures in general.

A grasshopper in the grass is symbolically associated with love, romance, passion and affection, so it is also a good sign.

Grasshoppers are also associated with ideas of freedom and spirituality. They fly and jump around the way they like; it is seen as a symbol of freedom and free spirit. Grasshoppers, thus, represent openness of mind, ability to see new horizons, a wide perspective and so on.

If you catch a grasshopper, it means you will be lucky in the following period. Remember how Chinese catch grasshoppers and take care about them.

Although we are not quite sure how happy grasshoppers are living in a cage, having a grasshopper is generally considered good and fortune bringing.

Symbolically, one of the rare situations when grasshoppers are bad luck is to see a dead or dying grasshopper or have a dream about it. Since these animals are mostly seen lucky omens, to see a dead one is bad luck.

A dying or a dead grasshopper symbolizes illness, loss and misfortune.