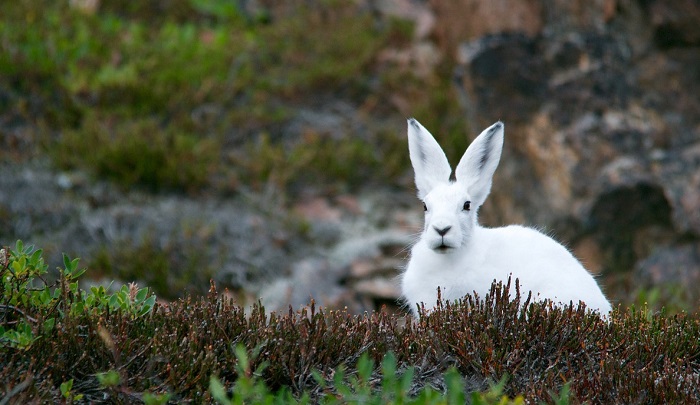 Rabbits are perhaps some of the most popular small animals on the planet; they are loved by people and commonly taken as pets.

However, rabbits symbolize different things. While some people see them as timid and fearful, fragile little ones, others consider them cunning and resourceful animals.

Most of people think of rabbits as cute, adorable, fluffy and lovely animals, although they could make serious damage around.

From Old China to Scandinavian mythology, rabbits are associated with powerful deities and good fortune.

These long-eared animals are small in size and they could not brag about their mighty claws, jaws or physical strength. However, they have many other qualities to boast around.

Rabbits are clever, beautiful, playful and very enduring species. Rabbits represent essential values we all need. They are ultimate symbol of family and community, concepts that make our lives meaningful, amongst other things.

They are lovely, cuddly and sweet little ones. They may look vulnerable and they indeed are, but they have their ways.

Rabbits represent survival, amongst other things. They reproduce in large numbers, which makes them survive. Rabbits are an easy prey for many hungry predators; however, they manage to survive.

Some of the greatest mythological and religious systems and other minor concepts see rabbits a powerful spirit and totem animal. 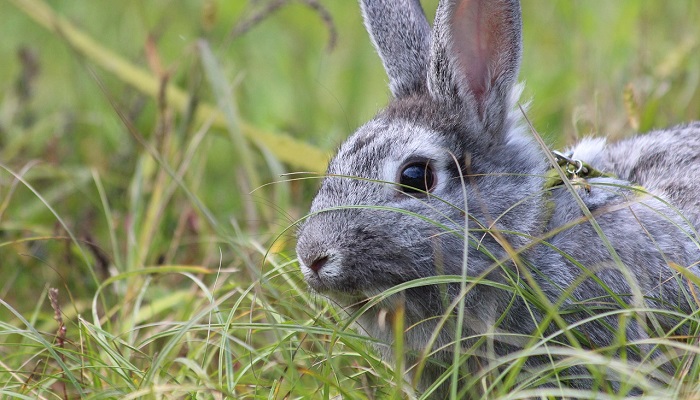 Rabbit symbolism and superstitions about these adorable animals originate from far past. The first mentions of rabbits’ spiritual meanings and magical powers of these well-known long-eared fellows we know about are from the Ancient Greek era.

In old Greek tradition and mythology, rabbits are seen good and fortunate animals.

Rabbits were believed to be loyal companions of the goddess of love, irresistible Aphrodite.

This gracious and beautiful goddess was often portrayed with a rabbit. Ancient Greeks were very much in favor with rabbits, since they were friends to one of the most adored and beloved goddess.

For them, rabbits symbolized everything that the goddess represented herself.

In Ancient Greece, these animals were considered symbols of love, abundance, kindness, fertility, beauty, fortune and tenderness. Ancient Greeks believed seeing a rabbit to be a lucky omen; such a phenomenon was meant to bring all these positive aspects into a person’s life.

Norse traditions also thought of rabbits as good and fortunate animals. Moreover, they were believed to be friends with another powerful female deity, the worshipped and adored Freya.

Freya was also the goddess of love, fertility, fortune and abundance; she was one of the most loved and respected goddess in Nordic mythology.

Teutonic sources tell us rabbits were believed to accompany Holda. Holda was a Germanic legendary heroine associated with women work and agriculture.

Scandinavian, Germanic and Ancient Greek folklore and mythology thought very good f rabbits; in all the systems mentioned, rabbits were believed to accompany a powerful female deity or a female legendary figure.

Other traditions around the world share similar beliefs about these popular and adorable animals. In various other systems, rabbits represent many ideas and concepts, mostly good ones.

Rabbits are rarely seen negative spirits, only a bit of trickster and cunning ones. In Christianity, rabbits represent lust, love and sexuality, but also fertility and abundance, just is in other systems.

Buddhists believe rabbits are powerful spirit animals; they symbolize self-sacrifice. Ancient Egyptians also loved rabbits. They associated rabbits with the god of knowledge, wisdom and creation, Tot, the deity depicted as a man with an ibis head.

In Chinese folklore, rabbits have always believed to be lucky animals; they are also a part of Chinese zodiac.

People born in the year of Rabbit are considered smart, resourceful, kind, diplomatic and friendly, but also a bit shifty and cunning.

Rabbits are generally believed to be lucky spirit animals; they are usually seen as carriers of good and fortunate news, heralds of good times, prosperity, wealth, health, long life and love.

It is commonly believed that a dream about rabbit is a sign of something good that is about to happen in a dreamer’s life. Usually, dreams about rabbits are associated with family life, well-being, children, marriage and so on.

What is more important is that such dreams are considered lucky in these terms. However, there is the other side.

Dreams about rabbits could also be reflections of a dreamer’s insecurity, vulnerability, fears and weaknesses, considering rabbits as seen as fragile, soft and generally timid creatures.

If you generally feel uneasy about your rabbit dream, than the rabbit is an embodiment of your anxiety, helplessness and vulnerability, in emotional sense, in the first place.

There are other interesting folk beliefs about rabbits as lucky animals. One of the most popular rabbit superstitions is that if you carry a rabbit’s foot, you will be protected from evil spirits and misfortune.

Rabbit’s foot is one of the most popular talismans against dark forces. This superstition is still widespread amongst many different cultural systems.

Beliefs of rabbits as lucky and fortune bringing animals are present in modern societies.

Superstitions about a rabbit foot talismans, as well. Figurines of rabbits are a popular spiritual decoration for homes; it believed it would bring you money, happy family, lot of children, long life and good health to all of your dear ones.

What is a rabbit crosses your path? Superstitions about different animals crossing your path are very common, all around the world. This phenomenon is interpreted in different way, depending on the animal, part of the world, local traditions and other factors.

Let us find out what it means if a rabbit crosses your path.

If a rabbit crosses your path

Now, having in mind that rabbits are mostly seen as lucky, fortune bringing spirits animals, associated with abundance, family and fertility, we could say that this could be particularly positive phenomenon.

It is a good spiritual guiding sign, in the first place. It could help you make decisions you are in doubt of making.

For example, if you think about starting a family, a rabbit crossing your path could be a positive sign that could encourage you to do so. Since rabbits represent abundance, fertility and well-being, they are a positive omen for family and love life.

Therefore, if you are thinking about children, about marriage or so, then go for it.

However, there are variations of interpretations, based on directions the rabbit was headed.

If the animal crosses your path from right to left, seen from your point of view, it means the animal is guided by the female energy, the force of the Moon.

That said, a rabbit crossing your path, headed left, symbolizes fertility, feminine power, motherhood, family and fertility. If it is headed in the opposite direction, it embodies the energy of the Sun, the masculine power.

Overall, a rabbit crossing your path is a fortunate and a positive omen, so you should feel blessed and lucky. However, in some cultural systems, this is not a good sign.

Particularly, some Slavic traditions see animals crossing your path a bad sign. If a rabbit, a snake, a fox, a cat or a hedgehog cross a person’s path, it means bad luck and misfortune.

Well, we let you decide the true meaning.

It is always important to consider how you feel about any phenomenon, regardless of all popular beliefs.

If you feel good about seeing a rabbit crossing your path, you should relax and think of it as a lucky omen and vice versa, of course. There could be some additional interpretations and helpful details.

For example, if the rabbit was black, it could be seen as a bad luck; if it was white, it could be interpreted as particularly a good sign.