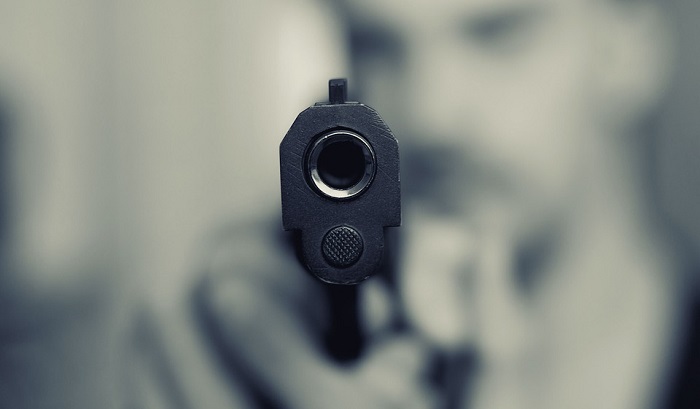 The world of dreams is an incredible place. You can do all those things you only ‘dream off’ in your waking life.

At the same time, you could experience really awkward and scary situations that you do not even want to think of, ever.

In dreams, you can get hurt badly and then feel revealed when you wake up and realize that ‘it was only a dream’.

On the other hand, you can have wonderful experiences and then feel sorry for yourself after waking.

Nevertheless, you must admit dreams keep intriguing you, fascinate and inspire you.

Today we will talk about dreams of being shot. It surely does not seem pleasant and funny, but such dreams could tell a lot about your life, your current situation and of what you could expect in your near future.

Dreams about being shot are very personal and distressing. There are variations of this dream and we will try to figure out deep hidden messages behind such dreams.

Dreams are reflections of our deeply hidden thoughts, desires and needs, according to psychology and related scientific approaches.

However, old traditions, as well as alternative modern approaches, spiritual paths and so son, would rather say dreams are a parallel universe, a magical and fantastic realm where anything can happen.

The truth is, perhaps, somewhere in between. While we could connect a great part of our dreams with our real life situations, there are still some corners of our dream realm that remain obscure.

Dreams about being shot are certainly an intriguing category of dreams. Now we will find out what lies behind the curtain.

Dreams about being shot 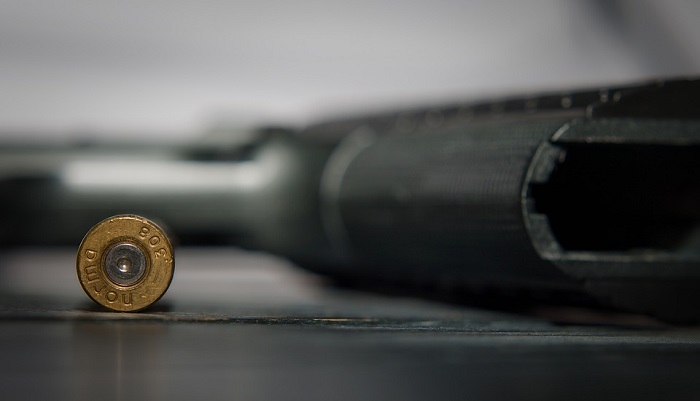 It is interesting to mention that a person cannot actually die in a dream.

Our brains are incapable of imagining and projecting such an experience in a dream, because, obviously, we do not know what is it like to be dead!

Yes, it sounds a bit disturbing, indeed. However, you could get badly injured in a dream, to suffer severe damage, to get hurt both physical and mentally and so on.

You could, of course, be shot in your dream. Dreaming about shooting or being hurt by gunfire is quite a common phenomenon.

How do you interpret dreams about being shot? Interpretations may vary depending on different parameters.

Your personal interpretation will vary depending on your own impression about the dream and everything else that such a dream features. It depends on the source of shooting, of how badly injured you are, what weapon has been used etc. in the most cases, such dreams point out some events or situations in a dreamer’s waking life.

They could be signs of warning or reflections of real life circumstances.

In general, basic interpretations of dreams about being shot could be summed up to few strong meanings.

Dreams about being shot could mean some of the following concepts and ideas: endings and new beginnings, presence of waking life conflicts, especially unresolved ones, feeling of vulnerability and weakness, personal development.

In most of the cases, dreams about being shot are associated with a dreamer’s insecurity, lack of strength and restlessness.

The second most common interpretation of dreams about being shot or shooting is that such dreams represent finality and endings. Being shot in a dream could be translated as a death of one part of your personality and rebirth of it.

Such dreams could be relieving and actually help person finally resolve troubles in reality or finish a task or project he or she has been putting much effort in.

Such dreams could be seen particularly fortunate; they could be interpreted as cutting of toxic relation and habits, an ending of an unfortunate period, entering new chapters and getting new perspectives and opportunities in life.

On the other hand, dreams about being shot may indicate you are in real danger or under a threat.

Maybe there are people who want to hurt you, or a situation you found yourself in is particularly bad and harmful.

Dreams about being shot variations

Since these dreams are quite common, but they vary in character and nature, we have to divide them in several categories.

Now we will give interpretations for those most common variations.

Try to find yourself in and combine these interpretations with your personal impression about the dream, so you can get the best of it. Let’s go.

Dreams about being shot by an arrow

Arrows are quite impressive ammunition. The skill of archery was one of acknowledged and appreciated war and hunting techniques in ancient times; today, archery is an interesting and attractive sport discipline.

Arrows are dangerous and deadly, if the shooter is true master of the skill. Arrows can symbolize many things. One of the most common symbolic associations are Cupid’s arrows.

Dreams about being shot with an arrow have something to do with a dreamer’s emotional side and love life.

Such dreams could indicate fatal love, dangerous relationship, rivalry and adultery. If a dreamer sees the shooter who hits him or her with a single arrow, it means your romantic life is in danger; it usually means you have a rival.

If a dreamer is hit by multiple arrows, it is a reflection of his or hers real life emotional struggle. Such a dream suggests a dreamer is in confusion over their emotions and do not know how to resolve his or hers oppressing feelings.

Sometimes it means a dreamer is overwhelmed with a single emotion and feels totally lost within emotional realm, forgetting about all other things in life.

Dreams about being shot with a gun

Dreaming about being shot with a gun usually indicate you have certain real life troubles related to your professional life and career. It suggest you have rivals or enemies, or simply people that you cannot get along with, in your working or social environment, for example.

Being gunshot often means you have conflict with one or more persons in reality, usually those who seek how to spoil your success and progress.

One of the most common gunshot dreams is that a dreamer gets hit while driving a car.

Dreams about being shot while driving indicate you are trying to avoid troubles in reality, but you cannot really skip unpleasant encounters or escape from situations that make you feel bad.

If you successfully drive off, but get gunshot, it means you will suffer for the sake of greater good, meaning you will not manage to avoid the unpleasant people and situation, but you will eventually get over it.

Dreams about being shot with a gun in nature, such as in a forest, indicate you are familiar with threats in reality and aware of your own weaknesses and fragility. If you have been shot in a natural environment, it means someone from your close surroundings might wish to harm you.

It usually indicates a non-physical harm; it means someone will greatly affect your emotions by words only. This dream could make you reconsider some very close relations.

Dreams about being shot in a war

If you dream that you have been shot during a battle in a war, it means conflicts on a higher level than those with people around you.

Such dreams reflect your unwillingness to bow or adapt to certain concepts, ideologies and ideas.

They reflect your frustrations about concepts that seem intolerable and unacceptable to you, but you know you cannot break arguments behind.

On the other hand, such dreams could mean you are confused by your own thoughts and that you doubt standpoints you have built so far.

Dreams about dying from being shot

If you dream you are actually dying from a shot, no matter what is the source of shooting, while unpleasant and scary, such a dream actually brings relief.

This dream suggests conflicts you have will finally be resolved, no matter if they are related to problems with other people or those of your inner self.

Dreams about dying from a shot indicate that a situation you feel lost within will soon end, be it in a good or a bad way. It means end, no matter the nature.

In most of the cases, the meaning behind this dream is positive. It means the time is near for you to relax and forget about troubles, at least for a while.

Dreams about dying in general indicate a new chapter of a dreamer’s life is about to take place.

You unconsciously feel you should abandon certain old ideas and habits, for the sake of better tomorrow.