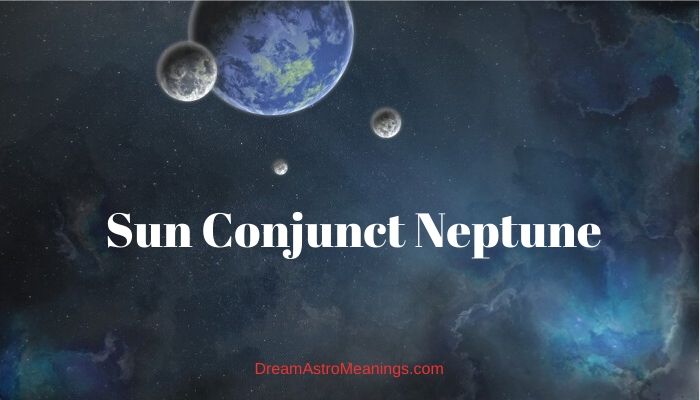 Astrology has been used for centuries to analyze personal traits and foretell the future.

Even though it still seems to many people that it is impossible to determine someone’s personal traits or foretell the future by observing planetary movements and the relationships between planets, astrology has proven these opinions wrong many times during history. Its predictions can be amazingly accurate.

The main technique used for analysis is making a natal chart for some moment in time (usually the time of someone’s birth) and analyzing the placements of the planets in the natal chart as well as the relationships they make between them.

The houses where the planets fall in the natal chart show the areas which are likely to be accentuated during the person’s life and where most of the person’s focus will be.

The aspects between the planets are also very important. They create our basic traits and reveal the events we are likely to experience during our lifetimes. They are angles between planets with specific meanings. They can show the person’s interests and their character traits, as well as the possible choices they will make in life.

The most important ones for astrology analysis are the major or main aspects. They can be conjunctions, sextiles, squares, oppositions, and trines.

There are also minor aspects whose relevance depends on the exactness of the aspect. The tolerance with these aspects is usually only 1 degree. The aspects can have harmonious or challenging nature.

Harmonious aspects are responsible for the easy flow in life, opportunities and things coming to us effortlessly. They help the planets cooperate and enable their energy to be expressed freely.

Challenging aspects have a different nature. They are responsible for the blocks, obstacles and delays in fulfilling our goals. They also create lack of opportunities and missed opportunities. With these aspects the person needs to put in a lot of effort to get things done.

Conjunctions are powerful major aspects, which have neutral nature. Their nature is based on the nature of the planets which create the conjunction aspect.

These aspects are formed when the planets are at 0 degrees distance from one another.

This aspect amplifies the influence of the sign where these planets are placed, as well as the house where conjunction is placed.

Synastry is a technique in astrology which used to analyze relationships between people.

It might sound strange and unbelievable to many, but astrology can also be used to determine whether a relationship between two people is likely to last, be harmonious or filled with conflicts, etc.

The main analysis in synastry is calculating the aspects between the planets in two natal charts.

The partners whose aspects are harmonious have compatible natures and enjoy being in a relationship with one another.

They also don’t allow issues come in the way of their happiness and they resolve them as quickly as possible. They are ready to make compromises and are tolerant towards their partner’s differences.

If the aspects between two natal charts have mostly challenging aspects, this doesn’t give a good picture of their relationship. It is usually an indication that the two people are not compatible and that the relationship lacks understanding.

This can often be a picture of one partner being the more interested and invested side.

Sometimes, both partners don’t have enough will and desire to work on their relationship and allow conflicts and disagreements to destroy it.

Challenging aspects usually ask a lot of compromise and tolerance, which is something that this couple doesn’t have unless there are some other aspects between their natal charts which confirm the opposite.

There is also a situation where the analysis shows lack of significant connections between two natal charts which is often a sign of lack of interest between the two people, and the relationship is not likely to begin.

The Sun is not considered a planet, but a star. It is one of the most important preconditions for our life on this planet. The Sun’s composition is hydrogen and helium like in many planets. The general belief is that the Sun formed 4.6 billion years ago.

Ancient people were aware of the Sun’s importance for life on earth and their existence and many ancient societies worshiped the Sun as their highest and most important deity.

In astrology, the Sun symbolizes our personality, our energy, vitality, willpower, life force, and our consciousness. It shows where our focus is and reveals how rational we are.

People influenced by the Sun are usually those with Sun in a prominent place in their natal charts or who have the Sun as their ruling planet.

The Sun’s good traits are determination, courage, confidence, will, energy. The Sun person knows what he wants and knows how to get it.

The Sun’s placement in our natal chart reveals where our focus is and it describes our main character traits.

It also shows the way we impact other people in our life. It can reveal what motivates us and what we consider the most important in our life. It indicates our motivation, devotion, and decisiveness.

The Sun rules Leo and is exalted in Aries. These two signs are places where Sun feels best.

Neptune is one of the coldest planets. The interior of Neptune is made of rocks and ice, and the composition is helium and hydrogen.

Neptune is the ruler of water and the sea, and it got its name after the god Neptune, which was the Roman god of the sea.

Neptune can bring confusion and chaos in our life. Especially those who have Neptune as their ruling planet sense its influence strongly.

Neptune people are dreamers and have vivid imagination. They are also creative and have artistic skills.

These people often choose as their professions or as their hobby some creative craft.

People influence by Neptune can possess psychic gifts which they often use to help others.

These people are usually intuitive and can sense what others think and feel. They love secrets and are often interested in other realms of reality and secret knowledge.

Because Neptune is a generational planet, it influences transformations in society, often in the area of religion or other matters ruled by Neptune or ruled by the sign Neptune is currently transiting.

The conjunction between someone’s Sun and other person’s Neptune could have a nature of both a harmonious or challenging aspect; it all depends on the position of Sun and Neptune in the natal charts of these people.

If they are not well-placed the influence they have on each other might not be beneficial.

The Sun and Neptune don’t have much in common. The Sun is straightforward and open, and Neptune is confused and secretive. Sun prefers honesty and Neptune is often deceptive and prone to lying.

This might be a combination where Neptune might try to manipulate and deceive the Sun person, especially if Neptune is afflicted in the person’s natal chart.

If Neptune is not afflicted, there can also be some deception involved but Neptune won’t have a conscious role in it.

The Sun person might perceive Neptune as mysterious, different, and very attractive. They might often project the traits they would love their special person to have onto the Neptune person, even though the Neptune person isn’t remotely similar to their ideal.

Neptune will like the attention the Sun is giving them but will be aware that they are not attracted to their true personality but the ideal they have created in their mind as a result of Neptune’s deceptive influence.

In some cases, when Neptune has challenging aspects he might see through Sun’s feelings and use them to their own benefit.

Neptune might be ready to play the role Sun has given them, only to get what they want, leaving the Sun person disappointed and broken hearted when they become bored with the play.

It should be mentioned that Neptune might be called out to play this role of an ideal partner simply to make the Sun person happy, but even in these cases at some point he gets fed up with acting and backs away from the relationship.

In most cases, the Sun person is the side that suffers more in this relationship and often ends up disappointed and hurt. It is important for the Sun not to get overwhelmed with Neptune’s dreaminess.

He might play any role it’s assigned and that can be a problem if the other person doesn’t realize that it is just acting.

In some cases, the Sun person might catch Neptune trying to deceive them or lie to them, and this could be the cause of a breakup and huge disappointment for the Sun person.

It should be noted that the conjunction between these two planets is not an aspect which instills confidence for the long run and if there are no other aspects to support this partnership it should best be avoided.

The conjunction between one person’s Sun and other person’s Neptune is not a very favorable aspect for any kind of relationship.

There is an ever-present danger of deception that waits an opportunity to happen. This aspect might make the Sun person overwhelmed and obsessed with Neptune.

The Sun might attribute traits to the Neptune person which he doesn’t possess, imagining them as their perfect match.

Neptune might be inspired to play that role consciously, to gain something, or unconsciously, in order to avoid hurting the Sun person.

In either situation the Sun person is likely to get hurt and disappointed, so this relationship is best avoided if there aren’t any other supporting aspects between their charts.