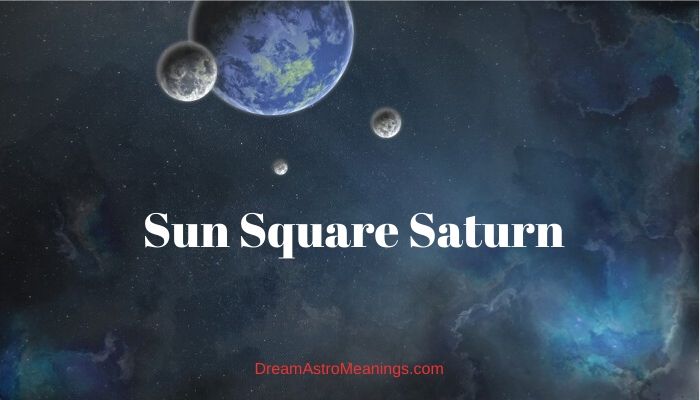 For millennia, people have analyzed the influence of the planets on the lives of humans and the events that happened in the world. The gathered knowledge created astrology, a study of the stars and their influence.

Even though many astrological predictions have come true, astrology is still considered a pseudoscience.

Through analyzing the planetary placements during the time of someone’s birth, a lot can be determined about that person’s character, potential, as well as their destiny.

Also, an astrology chart can be made for the moment of some important event to give a prediction about its outcome for example.

Astrology uses different techniques of analyzing, but in general, it analyzes the placement of the planets in the signs of the Zodiac, their placements in the houses of the natal chart, and the relationships they have with other planets of that chart.

These relationships are called aspects and represent certain angles which are formed between the planets.

Aspects are a significant tool to determine someone’s traits or potential. They can also give information about significant events that might happen in the person’s life when triggered by progressions or transits.

Aspects can be main or major, like the conjunction, opposition, sextiles, squares, and trines, and minor. Main aspects are the most significant in astrology analysis, but minor can also be important if they are exact.

The aspects can have positive and negative nature. Harmonious aspects allow the planets to express their nature fully and enable cooperation between the planets forming the aspects. These aspects create favorable opportunities and help the person achieve their goals.

Negative aspects have the opposite effect. They block planetary energy and create obstacles preventing the person from achieving their goals without effort. These aspects sometimes completely block achievements.

Squares are major aspects with predominately negative nature, but the effect of this aspect depends on the nature of the planets creating it, and the overall condition of the natal chart.

These aspects can create obstacles; prevent people from getting what they want, making it very difficult to get what they want, creating conflicts and disagreements, and other types of difficulties.

Astrology uses a technique called synastry for these analyses. People interacting with each other bring their planetary positions in these interactions as well.

Synastry compares the planetary positions in their natal chart, analyzing their placements in the natal chart houses of the other person, and calculating the aspects between the planets.

The nature of the aspects is the same as in analyzing a natal chart of an individual. Positive aspects create compatible relationships and negative create obstacles and conflicts.

Synastry can spot the areas where the couple is likely to experience issues and can give advice on how to prevent or resolve them.

The partners have compatible characters and they do everything to prevent issues from arising and resolving them as quickly as possible because they want their relationship to last. Predominately negative aspects create the opposite.

This is often an indication of incompatible natures which requires a lot of effort on both sides to maintain the relationship. One partner is often the more interested side who puts more efforts into the relationship.

This relationship requires a lot of compromise and often there isn’t enough will to reach a compromise. In the worst cases, these relationships can be filled with conflicts and violence.

Sometimes the comparison between two natal charts shows that the planets between two people aren’t forming any major aspects.

This is often the case when two people lack interest in each other and have a neutral feeling towards each other.

The Sun is one of the main creators of life on earth. Its composition is mainly hydrogen and helium. It is believed that the Sun formed 4.6 billion years ago.

The importance of Sun was understood by the earliest humans and they worshiped it as a deity in many human cultures.

It also symbolizes the ego and the level of self-centeredness. The Sun is a symbol of rationality, determination, and confidence. Those born with a prominent Sun influence in their natal charts usually have strong will and desire to succeed in life.

They know exactly what they want and are focused on getting it. They are creative and energetic. If Sun has challenging aspects, they could be self-consumed and egotistical.

In our natal chart, the Sun reveals our life purpose and focus in life. It also describes our most significant personal traits. It reveals how others perceive us. Sun’s placement in the natal chart reveals our motivations and the things we consider important.

The Sun is the ruler of Leo and its exaltation is in Aries. In these signs the Sun has most power and influence.

It rules men and wealthy and successful people. It is also the ruler of selfishness, bragging, devotion, and courage.

The planet Saturn is a big planet. It has a ring system made of ice particles, rocky debris, and rocks. It also has 82 moons with Titan as its largest moon.

The composition of Saturn is mostly helium and hydrogen. Saturn lacks solid ground. The name Saturn and its symbolism comes from the ancient Roman god ruler of agriculture.

For Saturn to circle around the Sun it takes 29.5 years. The period when Saturn returns to its natal position is a time of retrospection and evaluation of our achievements.

Depending on the level of achievements people might feel satisfied or depressed and disappointed during this time.

Saturn’s placement in the natal chart reveals the manner in which the individual handles their responsibilities. This position also shows where the person might encounter obstacles, delays and which require more patience. Saturn is the planet of patience and endurance.

When Saturn and its aspects are being triggered by transits and progressions, that is usually the time when the person experiences some important events which represents major lessons the person needs to learn in this life, usually of Saturn nature. This is often related to undertaking some responsibilities.

A relationship where one person’s Sun makes a square aspect to another person’s Saturn is not an easy one, although it might not seem that way in the beginning.

These two have some similar traits and interests. They are both motivated and eager to succeed in life. They both share the traits of determination and endurance. They also possess strong ambition and energy to achieve their goals.

Both Sun and Saturn love to climb the stairs of success and they don’t stop until they reach the top.

The main problem with this combination is the difference between their basic approach to life. The Sun is open and optimistic, and Saturn is closed-off and reserved, and has a pessimistic outlook on life.

Saturn also tends to be overly cautious and critical and these are traits which the Sun might find annoying and feel that they are creating pressure.

The Sun cannot stand someone judging their actions and telling them what to do.

They both have dominant personalities and with the square aspect there will most likely be a fight for domination present in their relationship.

The Sun can feel a strong frustration in the presence of the Saturn person.

The Saturn person is often unaware of the influence they have on other people and might be surprised by Sun’s reaction and complaints.

Saturn might consider Sun as overly sensitive and lacking tolerance to criticism.

The truth is that Sun doesn’t like to be criticized, but Saturn can exaggerate and not be aware of their behavior.

If there is mutual attraction between them, the Sun person might ignore these problems at first, or even not be aware of Saturn’s behavior and influence on them.

As time goes by, the Sun person begins realizing that they are under a lot of pressure in Saturn’s presence and this makes the problem worse.

If both people are mature and want to save the relationship without allowing these issues jeopardize it, they will try resolve them.

The Saturn person might be perceived as overly serious and boring. Sun loves pleasure and desires to enjoy life, and the Saturn person can be too cautious and uninteresting for their taste. This doesn’t have to be apparent at first, if there is a strong attraction between them.

Also, the Saturn person might be annoyed by the Sun’s tendency to overspend and have a reckless attitude towards money. The Sun feels restricted and pressured and the Saturn person begins realizing that the Sun person doesn’t fit the standard of their ideal partner.

Despite the fact that it indicates lack of compatibility and similar interests, this aspect is frequently present in many relationships, especially between married couples.

There is a strong element of duty present in these relationships where one partner, usually the Sun person has a feeling of duty towards the Saturn person which prevents them from leaving the relationship.

If the other aspects between their planets are harmonious, this aspect might act in a way that teaches both partners some lessons while they are putting in the effort to maintain their relationship.

They could both use this aspect to improve their personalities which in turn will help their relationship last and be a satisfying experience for the both.

If the partners aren’t mature enough and there isn’t enough will to sustain the relationship, this relationship might be filled with arguments, constant nagging and criticizing, judging, suppression, censorship, and similar behavior.

In the end, the partners might get sick of the pressure, usually the Sun person, and this will be the reason for ending the relationship. Saturn can have an overbearing influence on Sun’s open and relaxed nature.

In some cases, this aspect is present between partners where there is a large age gap. This could also indicate the Saturn partner taking a role of a parent and trying to tutor Sun, which is usually not very well accepted by the Sun partner.

Sometimes Saturn has the need or tendency to underestimate Sun’s capacities and considering them incapable, which offends the Sun person and is often a cause of conflicts between them.

The relationship between a person whose Sun is making a square aspect to another person Saturn is not easy. It requires a lot of compromise.

This aspect indicates longevity combined with suffering and a lot of effort. The side that is likely to suffer more is the Sun person.

These two have strong personalities and in this relationship a struggle for dominance between the partners is usually evident.

Saturn wants to control everything and everyone and will have a problem with the Sun’s independence and strong will that doesn’t allow anyone command them or have them under their control.

The most disturbing factor in this relationship might be Saturn’s need for judging and criticizing which might drive the Leo person crazy.

If they don’t work out things in time, this relationship doesn’t have a chance of lasting.