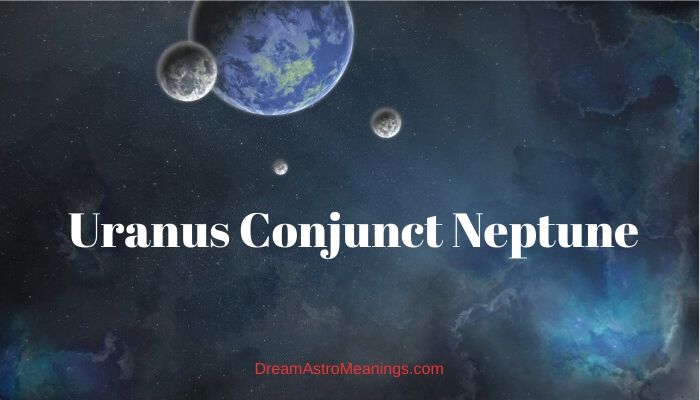 Our ancestors were aware of the influence planets have on life on earth and on humans. They gathered knowledge and facts about this influence in a discipline called astrology. It is believed that the origin of astrology dates back to the ancient Babylonians.

Analyzing the planets’ positions and their mutual relationships at a time of someone’s birth can say a lot about someone’s personal traits and character, their interests, choices, desires, and the likely destiny they could experience in life.

Astrology analyses the exact positions of planets in signs and houses in the natal chart and calculates the aspects between these planets to determine all these information.

The houses where the planets fall in the natal chart show areas that will most likely play the strongest role in the person’s life and be the center of their interests.

The aspects between the planets describe their personal traits and the events that are likely to happen. Aspects are certain angles formed between planets.

The greatest importance have major or main aspects, like the sextile, conjunction, square, trines, and oppositions. There are also minor aspects which can also be very important when they are exact.

Aspects can have harmonious or challenging nature and influence. The aspects with harmonious nature create a cooperative bond between the planets.

These aspects allow the planets to express their best nature and create opportunities for the person to prosper and fulfill their desires and goals.

Challenging aspects have a different effect. They block the energy of the planets and prevent planets from cooperating. It prevents them to express their best traits and create obstacles to achieving goals.

The conjunction is often considered the most powerful aspect of all. Conjunction is formed when two or more planets are at a 0 degree distance. The deviation for this aspect can go up to 10 degrees.

Astrology can analyze not only individual potential but also the potential of relationships between people. It does so through a technique called synastry.

Synastry analyzes the natal charts of two people and calculates the aspects between their planets.

It also analyzes the placements of one person’s planets in the natal charts of the other person to determine the areas where this person could likely influence the owner of the natal chart.

The aspects between their planets can reveal whether the relationship will be a lasting one or not.

If the aspects are predominately beneficial, this indicates harmony and compatibility of these people’s characters. There is usually an expressed interest in maintaining the relationship where both people put in the effort to overcome and tolerate each other’s differences.

This relationship usually unfolds naturally without requiring much effort and adjustment of the partners.

The relationship which has predominately challenging aspects usually reveals that the partners have incompatible characters and there is a lack of understanding between them.

Challenging aspects could cause minor misunderstandings but also major conflicts and in some cases violence between the partners.

Such relationships require a lot of effort and compromise from either partners (or only one of the partners). It requires tolerance and will to maintain the relationship despite it is a cause of dissatisfaction.

This is why these relationships often don’t last long, or if they do last, it is at a high price.

Sometimes comparative analysis of the natal charts of two people shows lack of connections between the charts, which usually is a sign of lack of interest and indicate that the relationship between them isn’t likely to begin or that they are completely indifferent towards one another during their interaction.

The planet Uranus is the coldest in the Solar system with temperatures as low as -224°C.

The outside of the planet is made of cloud layers while the inside is rocks and ice. Uranus has a ring system and it has 27 moons. Uranus is the name of the ancient Greek god of the sky.

Astrologically, Uranus rules sudden, unpredictable events, with sometimes disastrous consequences. Uranus is the ruler of changes and transformations which the person cannot control.

Those who are under a strong influence of Uranus often have a desire and urge to oppose authorities and to be different than others. They desire to choose their path without being told what to do.

These people are often found breaking norms in society and expressing extreme behavior. They can be unpredictable and eccentric. Many of them enjoy shocking people with their actions waiting to see their reactions.

Uranus ruled people are often the ones who initiate major changes in the way people see or do things. Their primary motivation is to make changes either in their lives or in the lives of others.

They love changes and they often make them. these people detest routine and authorities, which is why they work best when they do some creative job and are their own boss.

Uranus people are often pioneers in certain fields. They are usually the ones to try out new things first. They don’t mind taking risks and are often into extreme activities jeopardizing their lives.

Events ruled by Uranus often come unexpectedly and surprise the person. These events are not something anyone can be prepared for.

Sometimes these events clear the path for new things and in some cases they bring devastation into people’s lives changing them forever. Uranus is often the cause of sudden relationship breakups.

Because Uranus is a generational planet, its influence is also visible in transformations that occur in the society. Progressions and transits triggering Uranus’s position often initiate unexpected events and changes that transform the person and their life completely.

The planet Neptune is also a cold planet, almost as cold as Uranus. The interior of Neptune is made of rocks and ice, and its composition is helium and hydrogen.

Neptune rules water, and all water related matters. The god Neptune whose name the planet bears, was also the god of water and the sea.

This planet often brings confusion and disorder in our life. People who have Neptune as their ruler feel its influence stronger than others.

Neptune people are often sensitive and have dreamy natures. They can possess artistic skills and be very creative.

If Neptune is afflicted in their natal chart, the person might be prone to addictions, manipulation, lies, and deceptive behavior. This could make the person be prone to criminal activities and psychic illness.

Neptune is the ruler of religion and religious authorities.

This might make the person very religious and if Neptune has challenging aspects, it could cause the person to have an unhealthy relationship with religion, become a part of a religious cult, or in some extreme cases, imagine they are a religious authority that others should follow, which could be an extreme combination of Neptune’s traits and psychic illness.

Oftentimes, Neptune people possess psychic abilities and can use them to help others heal. They usually possess strong intuition and intuitively sense other people’s feelings.

Usually there is a strong interest in secretive matters and knowledge, and these people might often be interested in practicing magic or occult sciences.

Neptune is also a generational planet, and is responsible for social transformations in the areas ruled by Neptune or the sign it is currently transiting.

Both Uranus and Neptune are generational planets, and these aspects usually don’t have much effect in individual or synastry analysis.

However, the conjunction between someone’s Uranus and other person Neptune tends to create a sort of intolerance between these two which often doesn’t have a rational explanation and reason.

This is not an easy aspect to deal with, and it requires maturity and high level of consciousness on both sides to neutralize its effects and get the most of it.

If this aspect is present between the charts of two people who are creative and work on creating something together it might help them materialize their creative ideas into something visible.

These two might also experience things together, like going on journeys to expand their consciousness and work on their spirituality.

In some cases, they might be strongly connected and there might be a telepathic bond between them. They might share interests in the otherworldly, the Universe, aliens, entities from other realms of existence, etc.

These interests might bring them closer, but if other aspects between their natal planets are challenging, the tension between them won’t be able to disappear.

They might have an inspiring effect on each other. Both usually have a heightened creativity.

Uranus usually inclines towards science and technology and his creativity is usually in these areas, and Neptune is more artistic and he usually creates artwork. Their influence on each other might help them find another way of expressing their creativity.

In some cases, they might feel very inspired to create in each other’s presence and support each other in their creative endeavors.

These two usually have unconventional way of approaching things and are often considered awkward and different.

With this combination they might feel as if they are with someone that finally understands them and appreciates them for who they are without judging them and making requirements to change to fit the standards.

When someone’s Uranus forms a conjunction aspect with another person’s Neptune, this often indicates a telepathic connection between these two.

This doesn’t have to be a good thing per se, because between these two there is usually present a feeling of unease and intolerance, often without a visible and rational explanation.

These two should be mature enough and have an evolved consciousness to deal with this aspect correctly and have the necessary tolerance for each other.

This aspect could be useful if they both do some creative things in life, and especially if they do them together. They are both very creative and their creativity differs depending on their interests.

Uranus is more interested in technology and science, and Neptune is more an artistic type. They can inspire each other for their creative endeavors and support each other’s efforts.

This aspect can also indicate a sense of recognition and acceptance on a higher level. They are both spiritual and interested in other realms of existence.

Their mutual interests can bring them together, but they still need some supporting aspects from other planets to help this union last and be a satisfying experience for them both.

Because they are unique and different from most people, that fact can also be a bond which can keep them together.

They recognize each other’s’ uniqueness and effort to be different and they respect each other for that.